SPRINGFIELD — The Illinois Department of Public Health reported 1,707 new confirmed cases of COVID-19 and 24 additional virus-related deaths on Thursday as the statewide death toll from the disease reached 7,977.

Meanwhile, COVID-19’s economic impact continued to be felt throughout Illinois, where local July unemployment rates ranged from 7.9% to 13.8%, according to the Illinois Department of Employment Security.

IDPH said laboratories had processed 44,510 COVID-19 tests since Wednesday, which made for a single-day positivity rate of 3.8%. The rolling statewide average positivity rate for the seven-day period from Aug. 20-26 stood at 4.1%.

Virus-related deaths were reported in 11 of the state’s 102 counties. The victims ranged in age from a St. Clair County woman in her 50s to a LaSalle County woman over age 100.

As of late Wednesday night, 1,631 people in Illinois were being hospitalized with COVID-19, including 390 patients in intensive care units. Of the ICU patients, 151 were on ventilators.

Last week, IDPH imposed stricter social and economic restrictions in the Metro East region around St. Louis. According to the first U.S. Department of Labor unemployment report since those restrictions took effect, 25,333 people filed first-time unemployment claims in Illinois during the week that ended Saturday, Aug. 22 — an increase of 2,927 from the week before. But the number of people receiving continuing jobless benefits dropped by more than 11,000, to 593,152.

This week, IDPH imposed even stricter mitigation efforts in Will and Kankakee counties, including the closing of bars and restaurants to indoor service. State officials have also indicated they are likely to tighten the restrictions in the Metro East area if infection rates there do not decrease.

As of Monday, Aug. 24, the seven-day rolling average COVID-19 test positivity rate in Region 4 stood at 10% and had been climbing for six of the past 10 days. The rate in Will and Kankakee counties stood at 8.3%, just above the 8% threshold that triggers stronger mitigation efforts.

The state also reported regional July unemployment rates for the 14 metropolitan areas in Illinois. The Rockford area had the highest rate, at 13.8% — an increase of 7.1 percentage points from a year earlier. The Champaign-Urbana region had the lowest, at 7.9%, which is up only 3.7 points from July 2019.

Welch to push for contracting diversity legislation in veto session

State Rep. Emanuel “Chris” Welch said that he will demand passage of legislation in the upcoming fall veto session to give minority- and women-owned businesses a larger share of the estimated $20 billion in state contracting.

Local government officials say restrictive rules on how the CARES Act money can be spent make most of the relief funds inaccessible. 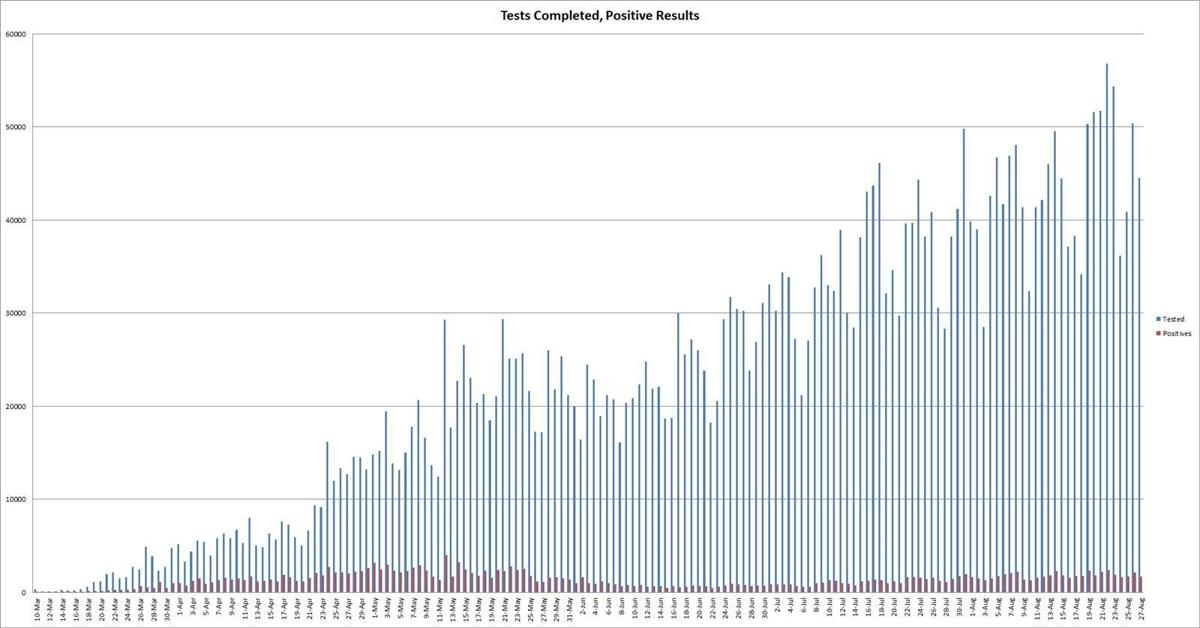