Carbondale elementary school went on lockdown due to home invasion 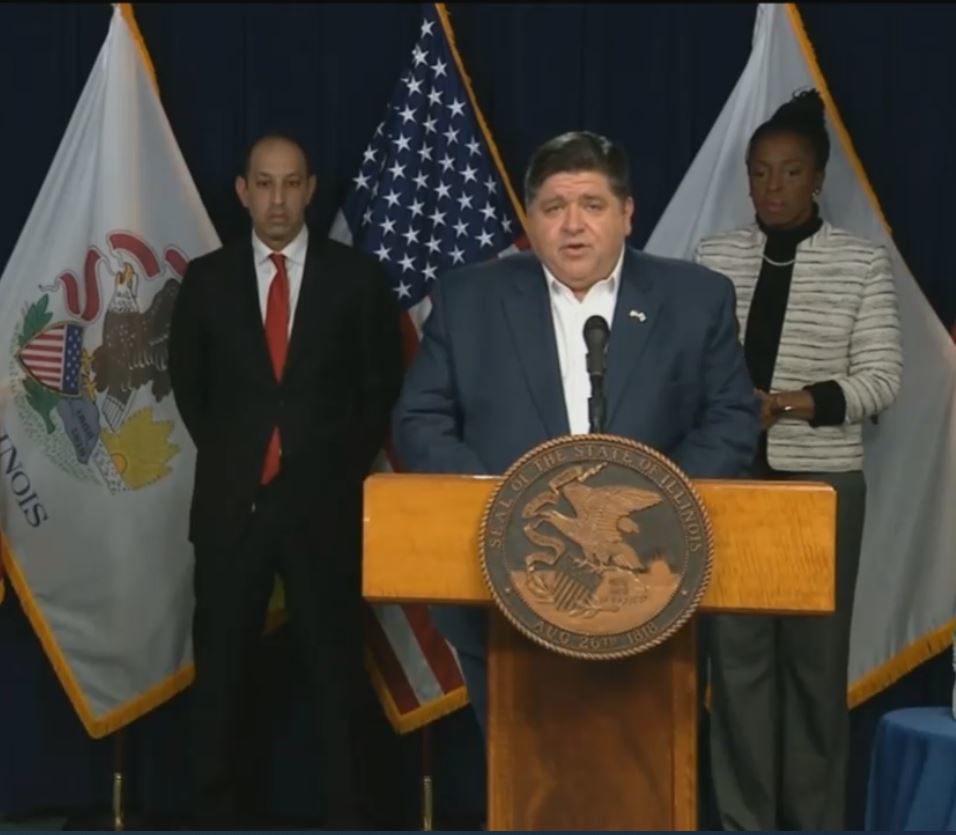 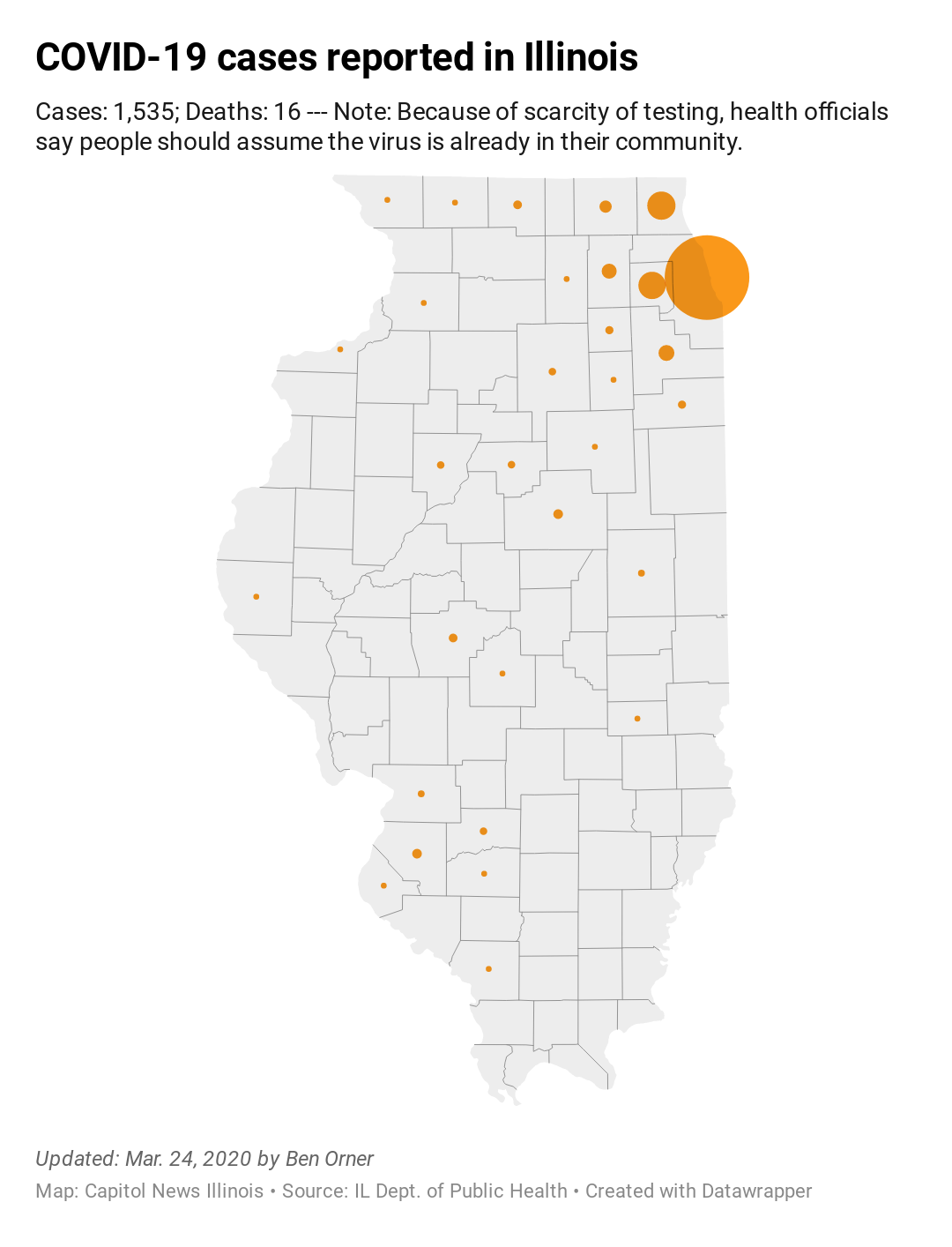 SPRINGFIELD — Gov. JB Pritzker said Tuesday the state is stockpiling medical supplies and working to expand its hospital capacity, even by converting some closed hotels into isolation facilities, as it braces for a sharp increase in demand due to the outbreak of the novel coronavirus disease, COVID-19.

“In a worst-case scenario surge, the state would turn existing hospitals into almost entirely COVID-19 response hospitals, moving non-COVID patients to other hospitals including these re-outfitted locations,” Pritzker said during his daily briefing in Chicago.

Meanwhile, Illinois Department of Public Health Director Dr. Ngozi Ezike reported 250 new confirmed cases of the disease in the state, including four additional deaths, bringing the total to 1,535 cases and 16 deaths. Grundy County is now the 32nd Illinois county with at least one confirmed case.

Those numbers would have been substantially worse, Pritzker said, without the social restrictions he put in place, such as closing schools, bars and restaurants, issuing a stay-at-home order and urging people to practice “social distancing.”

In addition to that, he said that without protective measures, the state would need 4,100 more ventilators to outfit ICU beds within two weeks.

In addition to expanding their capacity, Pritzker said hospitals throughout the state are setting up triage tents where patients displaying symptoms can be prioritized. It has also set up four drive-thru testing sites in the Chicago area, including one operated by the Illinois National Guard. The other three are being operated by the U.S. Department of Health and Human Services, in partnership with Walgreen’s and Walmart.

Pritzker said laboratories in the state are now processing about 2,000 tests per day, up from about 50 per day at the start of the outbreak, which partially accounts for the rapidly rising number of confirmed cases. Officials have repeatedly stressed that because many people have not been tested, the actual number of cases is probably much higher.

Pritzker also said that after he spoke with President Donald Trump on Monday, he has been assured that Illinois will receive 300 more ventilators and 300,000 N95 masks from the Federal Emergency Management Agency.

Neither Pritzker nor Ezike would offer a prediction for how long the social restrictions would remain in place, but Pritzker did take issue with President Trump, who said Tuesday he would like to see the country “opened up” by Easter, which is April 12, less than three weeks away.

“I think the president is not taking into account the true damage that this will do to our country if we see truly millions of people die,” he said. “And that's what I think would happen. That's what the scientists, doctors tell us would happen. And you heard me say a little bit earlier, if you don't have these restrictions on, the damage that would be done, the lives that would be lost, the overrunning of our health care system would lead to real devastation. So, I'm very, very concerned about what the president is saying.”

In his budget message to the General Assembly in February, Pritzker outlined a $42 billion spending plan that was based, in part, on an economic forecast of continued modest growth, both in the state and nationally. But Pritzker acknowledged Tuesday that assumption no longer holds.

“There is no doubt that any estimates that were made even two months ago would be not useful at this point,” he said. “I don’t think anyone expected where we would be today.”

Pritzker said he has been meeting with the Governor’s Office of Management and Budget, as well as with Deputy Gov. Dan Hynes, to get an estimate of how steep the downturn in revenue will be, suggesting there might need to be spending cuts for the remainder of the current fiscal year and adjustments to the budget plan for the fiscal year that begins July 1.

“And of course there are expenditures that we’re needing to make to save people’s lives, to protect people across the state,” he said. “We’re going to do what we need to do, there’s no question about that. But yes, of course, behind that we’ve got to look at our budget situation and do whatever we need to do to address it, and then we’ve got to also consult with the General Assembly on what we will do for next year’s budget.”

Democratic Gov. J.B. Pritzker is on a pace to set a modern-day record for issuing the most executive orders by an Illinois governor.

Lawmaking remains on hold in Illinois amid the COVID-19 pandemic as the state’s Senate and House each canceled next week’s scheduled session Wednesday.