CHICAGO — In what's sure to be a politically charged ceremony, more than 2,400 fetuses found last year at the suburban Chicago home of one of the Midwest's most prolific abortion doctors will be buried Wednesday in Indiana, a state with some of the nation's toughest anti-abortion laws.

Indiana's top law enforcement official will preside over the mass burial in South Bend. The service comes five months after relatives sorting through Dr. Ulrich Klopfer's belongings after his Sept. 3 death came across 2,246 sets of preserved fetal remains stacked floor to ceiling in his garage. Later, 165 more were found in a trunk of a car at a business where Klopfer kept several vehicles.

Indiana Attorney General Curtis Hill will speak at the burial and later offer an update on the investigation into Klopfer and whether anyone assisted him in moving the remains to his home in Crete, Illinois, about a mile from the Indiana state line.

The burial plot at Southlawn Cemetery was donated by the Palmer Funeral Home, and all the remains will be laid to rest in the same grave, Hill's office said.

Klopfer, who was 79, performed tens of thousands of abortions over 40 years, mainly in Indiana and often as the only abortion doctor serving South Bend, Gary and Fort Wayne. He was a reviled figure among anti-abortion activists, who held weekly demonstrations outside his clinics, sometimes blocking entryways. Protesters once hacked holes in the roof of the South Bend clinic and poked a water hose through a mail slot, flooding an entry room.

Hill, a Republican seeking a second term as attorney general, has been under scrutiny in recent months over allegations that he drunkenly groped a female state legislator and three other women at an Indianapolis bar in 2018. He has denied the accusations and put his defense of state laws tightening abortion restrictions at the forefront of his campaign for another term. Being in the spotlight during the burial could help shore up support among social conservatives.

Multiple messages left for Planned Parenthood of Indiana and Kentucky, which has been a staunch critic of Hill, were not returned on Tuesday.

"I'm so grateful that, finally, the bodies of these little boys and girls will be treated with the dignity they deserved," said Cathie Humbarger, who heads Right to Life in northeast Indiana.

Humbarger, who will attend Wednesday's services, said she saw no sign Hill's participation at the burial was motivated by anything but sincere opposition to abortion.

Hill is awaiting a decision from the Indiana Supreme Court on whether he will face disciplinary action over the groping allegations. A special prosecutor declined to press criminal charges, but the state attorney discipline commission is seeking a two-year suspension of his law license, which would put his state position in jeopardy.

Indiana is one of just a few states with a law mandating burial or cremation of fetal remains after abortions. The law did not take immediate effect because of court challenges after then-Gov. Mike Pence signed it into law in 2016. A U.S. Supreme Court ruling in May upheld the law.

Previously, during Klopfer's career, clinics could turn over fetal remains to processors that dispose of human tissue or other medical material by incineration. Authorities have said the fetal remains in Klopfer's garage were from abortions in the 2000s.

Planned Parenthood officials have long expressed concerns that such laws will increase costs to clinics, making them less economically viable and thereby reducing women's access to abortion. As it is, just nine facilities in all of Indiana provided abortions in 2017, according to the abortion-rights Guttmacher Institute, citing the latest available data. Critics of fetal-burial laws say they also contribute to stigmatization of those women who abort pregnancies.

Klopfer’s career started unraveling in the early 2000s with a flurry of complaints, including that he performed an abortion on a 10-year-old raped by her uncle and did not notify law enforcement. His career effectively ended in 2016, when authorities suspended his medical license, citing, among other things, shoddy post-op monitoring of his patients. Klopfer complained that conservative state officials were in cahoots with anti-abortion groups to close him down.

Mass burials of aborted fetuses are rare but have happened before. Around 16,500 fetuses were buried at a Los Angeles cemetery after their discovery in the 1980s in a cargo container repossessed from the home of a former operator of a medical laboratory. A headstone reads: “In memory of the 16,500 precious unborn, buried here, Oct. 6, 1985.”

There's no indication Klopfer told others about his grim collection, including his wife. And no one has a clear understanding of his motive. Some have speculated that it was part of a hoarding disorder or that he was trying to save disposal costs as he racked up legal bills suing and being sued by abortion opponents.

Some who knew him recalled the German-born Klopfer as a lonely, enigmatic figure. Unprompted, he would often tell how he took shelter as a 4-year-old when Allied planes bombed his hometown of Dresden during World War II. He would describe emerging three days later with buildings smoldering around him, bodies in the rubble.

News reports about Klopfer going back decades portrayed him as combative and quick to give the finger to protesters. He spoke emphatically about ensuring women had access to abortion in Indiana.

Discussing the abortion debate, he once told a reporter: “If men got pregnant and women didn’t, this wouldn’t be a discussion.”

Copyright 2020 The Associated Press. All rights reserved. This material may not be published, broadcast, rewritten or redistributed.

CHICAGO — An 80-year-old man is set to be released from an Illinois prison this week, nearly six decades after he was sentenced to life for th…

A federal jury found in favor of Bader Farms on all counts in a lawsuit against Bayer and BASF.

SPRINGFIELD — There was little support Tuesday at the former stomping grounds of ex-Gov. Rod Blagojevich for President Donald Trump’s decision…

Chicago's former police chief has been receiving a pension of more than $15,800 a month since the mayor fired him for allegedly lying about a night he was found asleep in his city-issued SUV, according to a newspaper report.

SPRINGFIELD — There was little support Tuesday at the former stomping grounds of ex-Gov. Rod Blagojevich for President Donald Trump’s decision…

Dicamba on trial: Missouri peach farm one witness away from resting its case against Bayer, BASF

Bader Farms, the largest peach producer in Missouri, is seeking $20.9 damages in a lawsuit against German agribusiness giants Bayer, which bought Monsanto in 2018, and BASF. 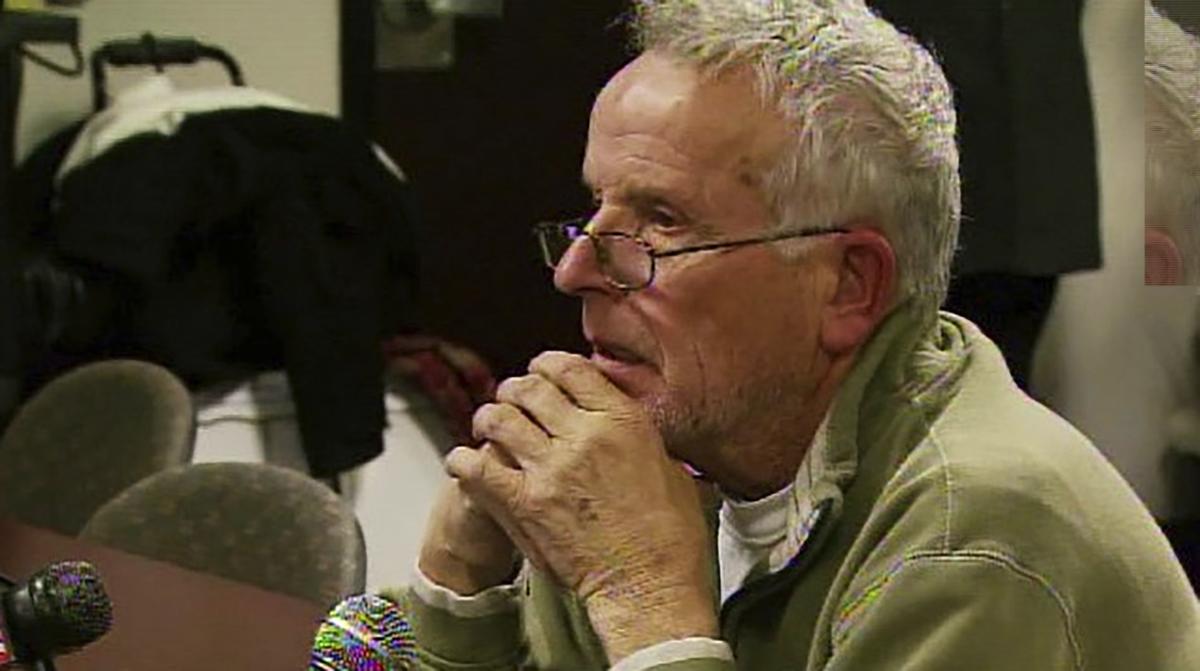 This September 2014 photo shows Ulrich Klopfer. More than 2,200 medically preserved fetal remains have been found at the Illinois home of the former Indiana abortion clinic doctor who died in September. 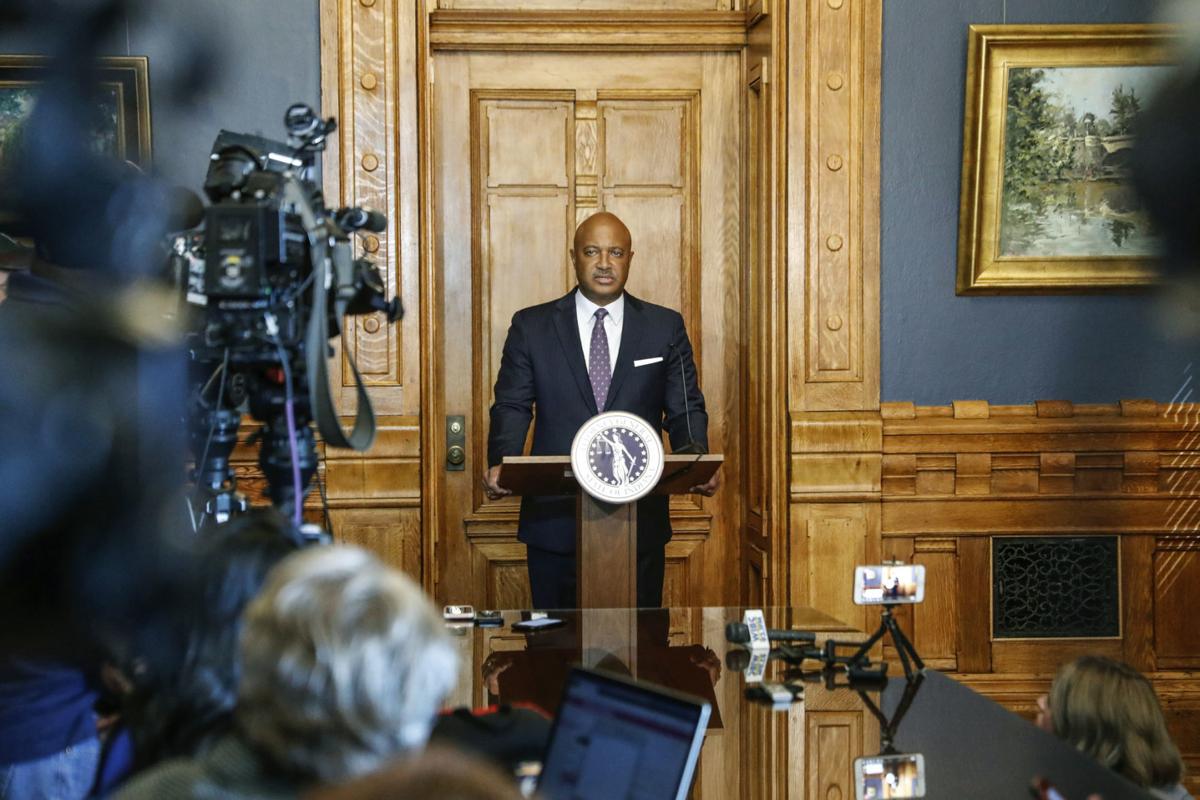 Indiana Attorney General Curtis Hill holds a press conference regarding the finding of more than 2,000 fetal remains in the garage of the Illinois home of deceased former Indiana abortion doctor, Ulrich Klopfer, at the Indiana Statehouse on Friday, Sept. 20, 2019, in Indianapolis.