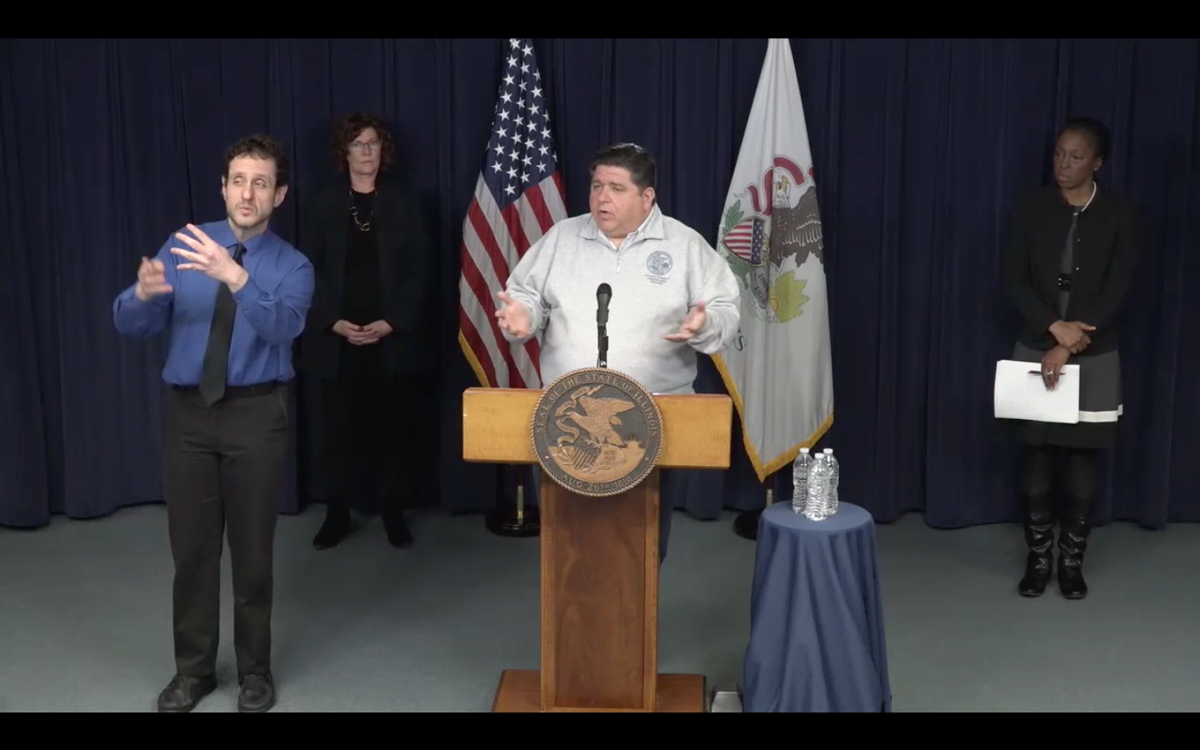 Gov. JB Pritzker speaks to the media Saturday about the state's efforts to stem the outbreak of the novel coronavirus disease, COVID-19, during a news conference Saturday in Chicago. Of the "stay at home" order that went into place Saturday, Pritzker said it is "an opportunity for the rest of us to do our part to protect the people who are on the frontlines of this fight and the people who are most vulnerable to its consequences." 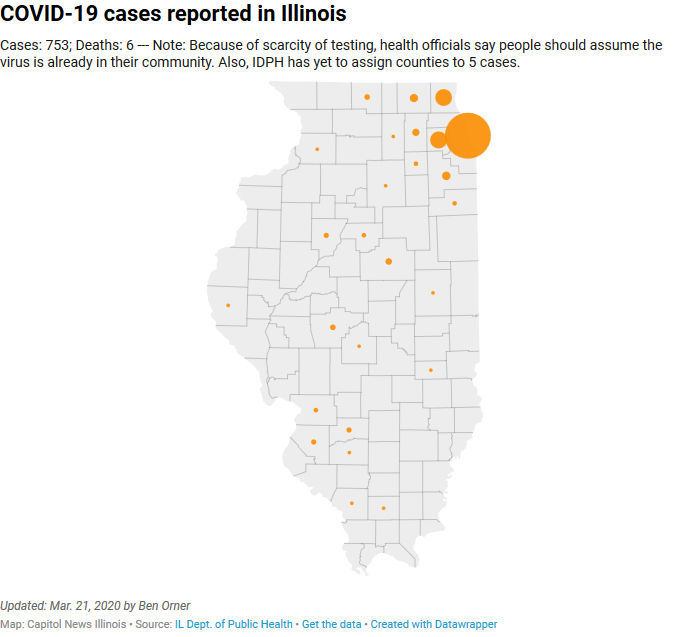 SPRINGFIELD — Gov. JB Pritzker on Saturday issued a “call to action” to retired health care workers to help fight Illinois’ COVID-19 outbreak as the state enters its first day under a “stay-at-home” order aimed to stifle the spread of the disease.

“I’m asking all former physicians, nurses, physician assistants, nurse practitioners and respiratory care therapists who have recently left the field, whether for retirement or a new profession, to come back and join the fight against COVID-19,” Pritzker said Saturday during his daily coronavirus news conference in Chicago.

Pritzker said the state will waive fees and expedite licenses so they can rejoin the health care workforce “right away.” He said reinstatement forms for interested people will be available Monday on the Illinois Department of Financial and Professional Regulation’s website, idfpr.com.

The governor also noted that Illinoisans with medical licenses nearing expiration will automatically be extended through the end of September. Additionally, Pritzker said he is going to make it easier for medical professionals practicing in Illinois’ border communities, like St. Louis and the Quad Cities, to treat Illinois patients.

“We're in the middle of a battle, and we need reinforcements,” he said.

The Illinois Department of Public Health confirmed 168 new cases of COVID-19 on Saturday, bringing the total to 753 cases across 26 counties after testing more than 6,200 people. IDPH also announced the state’s sixth death from the disease, a Cook County man in his 70s.

“For each of the families represented by these fatalities, we all offer our support and prayers,” IDPH Director Dr. Ngozi Ezike said. “This virus is here and it is in our communities.”

The number of reported cases was 64 a week ago. Health officials expect cases to continue to rise as testing becomes more available.

IDPH has reported just two people, a Chicago couple who contracted the virus in January, as having fully recovered, but Ezike said she will have more information soon about the number people recovering in their home or self-isolating.

Effective at 5 p.m. Saturday, the entire state was under a “stay-at-home” order in which people are asked to limit time outside their homes to necessary work and activities, including buying groceries or walking a pet.

Essential businesses and services will remain open, including grocery stores, banks, utilities, laundromats and even liquor stores. Businesses like gyms, movie theaters and barber shops, however, are deemed “non-essential” and closed to the public.

“Please remember that the grocery stores and gas stations and pharmacies will all be open tomorrow, Monday, and Tuesday and every day after that,” Pritzker said. “They are being constantly restocked.”

Pritzker said penalties for not complying with the order range from self-policing to low-level criminal charges.

“We hope that people who might see somebody else doing something that’s against the order might say something to them,” Pritzker said.

He said that if a police officer saw a group of more than 10 people, he or she would need a court order to stop it. In extreme cases, he said, individuals not complying with the order could be charged with reckless conduct, a misdemeanor.

“We’re not looking to put people in jail or to fine them for this kind of activity,” he said. “What we really want is for people simply to obey the rules.”

The order is effective through April 7. Although testing and information is limited, Pritzker said, he will start to reevaluate the order once the daily upward curve of confirmed cases ends.

“That will tell us that it's working. And then as that moves, we'll be able to project further when we might be able to change some of the rules that we've got currently.”

Ezike asked people to limit non-essential dental procedures and elective surgeries so that health care workers can use the personal protective equipment (PPE) involved, including masks, gloves and gowns.

“We are encouraging strongly all ambulatory surgery centers and veterinarians to donate PPE that is not immediately needed,” she added.

Pritzker said the state has “a reasonable handle” on the amount of PPE hospitals have and need, and he is reaching out to suppliers “every day.” He added that he has gotten “limited help” from the federal government in acquiring PPE, including an equipment order he said was only 25 percent fulfilled.

He also said reiterated his frustration with the number of COVID-19 tests being provided by the federal government. Even though the state is seeing more tests, Pritzker said, they are still not “the numbers that were promised weeks ago.”

“My optimism has waned, honestly,” he said. “I said the other day that the federal government is like Lucy with the football, and I feel like Charlie Brown.”

He added that it has actually been health care workers, researchers and lab technicians in Illinois who have figured out how to test and increased testing at state-run and commercial labs.

Pritzker on Saturday also activated another 20 members of the Illinois National Guard to assist the state’s COVID-19 response, bringing the total to 80. The Guard said soldiers will be “medical and logistics planners, geospatial planners and public affairs personnel.”

Gov. Pritzker was critical of the federal government’s COVID-19 response in a cable news appearance Sunday, prompting an angry Twitter reply from President Trump as the number of confirmed cases in Illinois surpassed 1,000.

As the state saw the largest single-day jump in confirmed COVID-19 cases and an infant tested positive for the virus, Gov. J.B. Pritzker on Sunday called for volunteerism from healthy Illinoisans and increased blood donations.

Community health centers are treating fewer patients than normal after all 390 locations around the state canceled routine and preventative medical visits to slow the spread of COVID-19 per guidance from federal and state officials.

No firm plans made yet for restarting legislature session in Springfield

SPRINGFIELD — The Illinois General Assembly on Monday began its second week of shutdown due to the spread of the novel coronavirus disease, CO…

Gov. JB Pritzker speaks to the media Saturday about the state's efforts to stem the outbreak of the novel coronavirus disease, COVID-19, during a news conference Saturday in Chicago. Of the "stay at home" order that went into place Saturday, Pritzker said it is "an opportunity for the rest of us to do our part to protect the people who are on the frontlines of this fight and the people who are most vulnerable to its consequences."