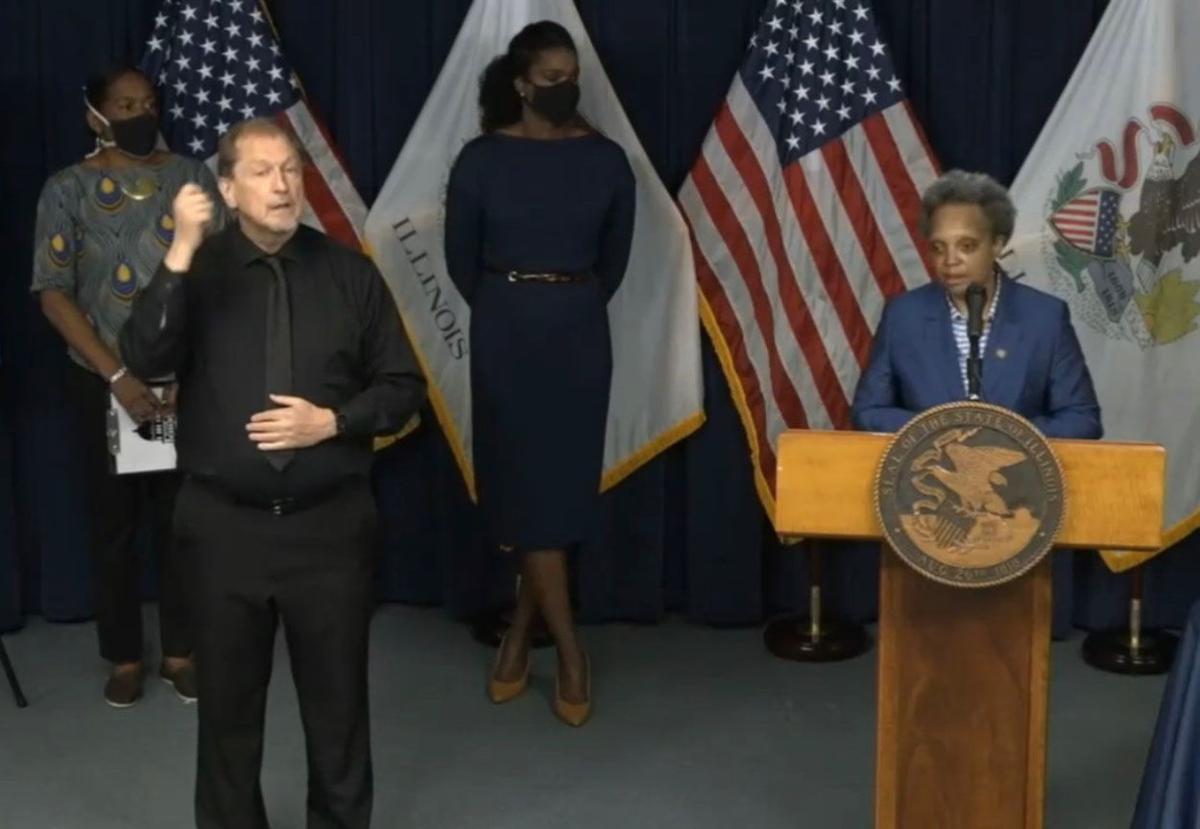 Chicago Mayor Lori Lightfoot speaks during a news conference Sunday in Chicago to announce the deployment of 375 Illinois National Guard soldiers to the city, where there have been protests this weekend over the death of George Floyd in police custody Monday, May 25, in Minneapolis. 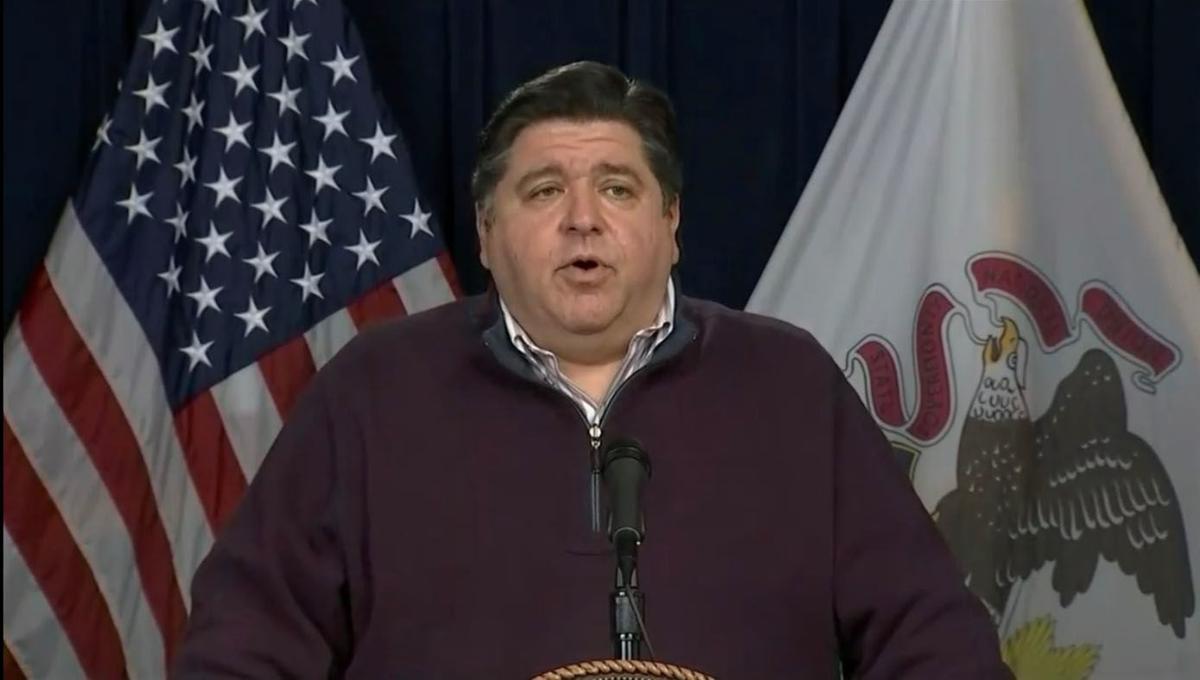 Gov. J.B. Pritzker announces Sunday in Chicago that he has ordered the deployment of 375 Illinois National Guard soldiers to the city amid protests over the death of George Floyd in police custody Monday, May 25, in Minneapolis.

SPRINGFIELD — In the wake of violence, looting and arson that gripped the city of Chicago over the weekend, Gov. J.B. Pritzker said Sunday he has deployed 375 Illinois National Guard soldiers to aid the city’s police department and other first responders in maintaining law and order.

The violence broke out Saturday night in Chicago and other U.S. cities in response to the death in Minneapolis of George Floyd, an unarmed black man who was killed in police custody on Monday, May 25. Floyd died after a white police officer kneeled on Floyd's neck for nearly nine minutes while he was handcuffed and lying face-down on the ground.

“I also think it’s important to recognize that for much of the day (Saturday), the protests here in Chicago were beautiful, massive and peaceful,” Pritzker said. “That is as much a part of the story of what’s happening in this city, in this country, as anything else. But late in the evening yesterday, the protests became about violence and damage, and that changes the conversation away from the terrible acts that took George Floyd’s life, away from the insidious racism that we all have a role in addressing.”

Lightfoot said she respects the people expressing their First Amendment right to free speech and that she has taken part in a number of protests herself over the years.

“But we also have an obligation to make sure that when there are elements amongst the protesters or others who join the fray that don’t have respect for peaceful, nonviolent protests, but do have as their design the decision to bring hammers, shovels, bottles of urine, excrement, accelerants as we saw throughout yesterday and into the evening, we have an obligation also to protect life and liberty and property.”

Lightfoot said it appeared to her that much of the looting that took place had been organized by people taking advantage of the chaos from the protests and that the FBI was investigating.

Stratton, meanwhile, urged calm on the part of protesters.

“Our angst must be expressed peacefully,” the lieutenant governor said. “There is a message to be heard, and it should be heard loud and clearly. It should be heard without the distraction or disruption of the few who taint the goal of the many.”

Adjutant General Richard Neeley said the soldiers being deployed to Chicago come from the 33rd Military Police Battalion based in Machesney Park, with companies in Springfield, Freeport and Fort Sheridan. He said the soldiers will serve a limited role in support of the Chicago Police Department and Illinois State Police to manage street closures.

Those deployments are in addition to deployments in recent days and weeks of National Guard troops to aid in flood-control projects along the Illinois River and to assist in COVID-19 testing at various sites around the state.

The violence Saturday in Chicago came as the city and the state were just emerging from a stay-at-home order in response to the COVID-19 pandemic that had virtually shut down major segments of the state’s economy. Most of Illinois entered the partial reopening phase on Friday, but the city of Chicago had delayed that move until Wednesday, June 3.

In preparation for the reopening, Lightfoot said, restaurants and other businesses that had been closed down for 10 weeks had made investments in patio furniture and other items to help them accommodate customers in an outdoor setting, and much of that was destroyed in Saturday night’s violence.

“To see their hard work and their money and resources literally go up in flames, their property reduced to kindling, that’s heart-breaking,” Lightfoot said.

Cook County State’s Attorney Kimberly Foxx, who was born and raised in Chicago’s Cabrini Green neighborhood, described her feelings after watching the video of Floyd’s death, saying it was “angering,” and just another symptom of the racial disparities in much of American culture.

“What I remember feeling in that moment was the casualness of all of the things that we have experienced in this country that we were dealing with with COVID-19,” she said. “The casual acceptance of racial disparities in health care. That when we looked at the work being done in the last few months to deal with this pandemic, and the news came out that African Americans were disproportionately dying, and Latinos, the casual acceptance that that’s what happens with underlying health conditions because the casual acceptance that we have people living in communities that don’t have access to health care, and we just accept it.”

Hundreds of people gathered Sunday in Carbondale to mourn the death of George Floyd, an African American man who died in Minneapolis police custody after a white officer pressed his knee into Floyd's neck for several minutes.

Chicago Mayor Lori Lightfoot speaks during a news conference Sunday in Chicago to announce the deployment of 375 Illinois National Guard soldiers to the city, where there have been protests this weekend over the death of George Floyd in police custody Monday, May 25, in Minneapolis. 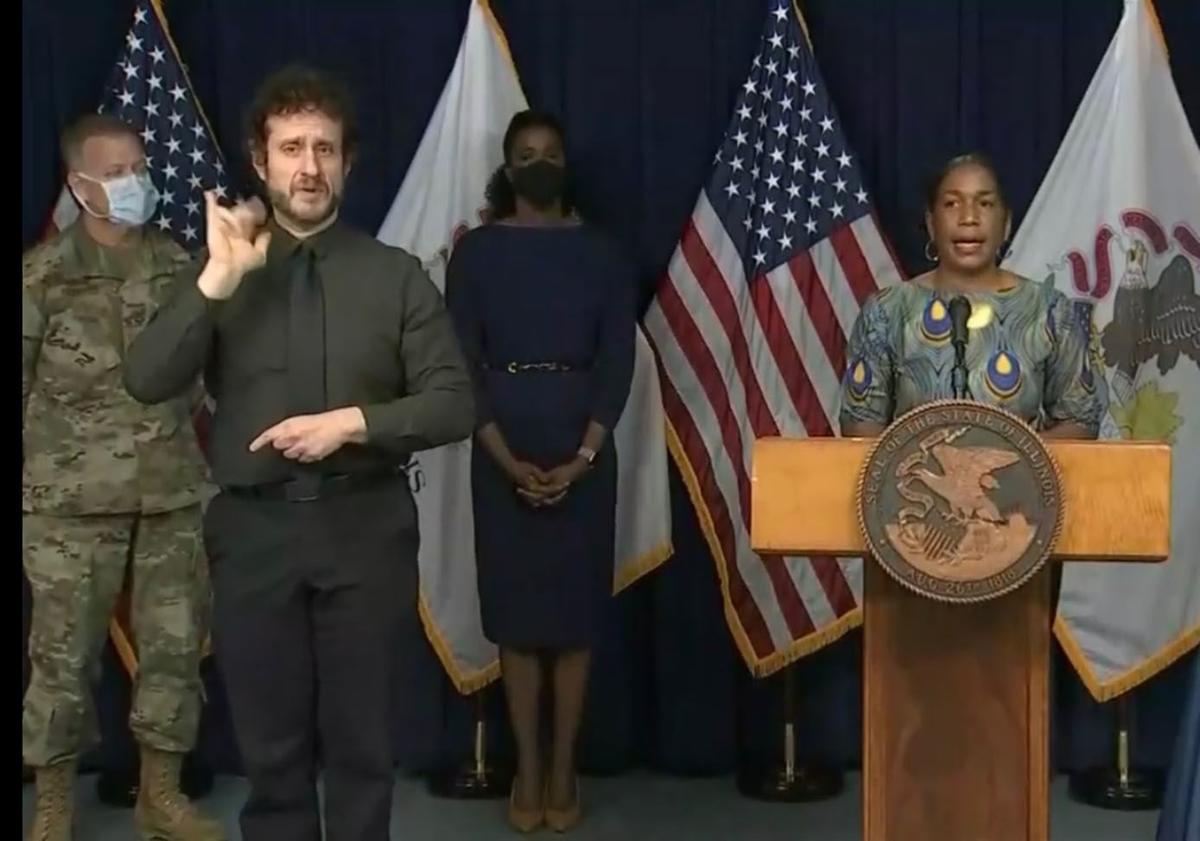 Gov. J.B. Pritzker announces Sunday in Chicago that he has ordered the deployment of 375 Illinois National Guard soldiers to the city amid protests over the death of George Floyd in police custody Monday, May 25, in Minneapolis.