SPRINGFIELD — Gov. J.B. Pritzker said Wednesday that Illinois is on pace to enter the next phase of reopening after COVID-19-related shutdowns later this month, and added he doesn’t expect a second surge of the virus in the fall as long as safety guidelines are followed.

Speaking at an appearance in Moline, he said that while his was “not an epidemiological opinion,” he said “we shouldn’t have a second spike” as long as face covering, social distancing and other rules are followed.

“Now we know what the mitigations are that we can put in place,” he said. “We know how to manage through, making sure that our health care system doesn't get overwhelmed. But I pray, and I think we should all pray, that the fall doesn't bring the kind of spike that some people expect. But we are much better prepared for that now than we were a few months ago when this first hit.”

Bars and restaurants, which are currently restricted to outdoor seating, carryout or delivery service, would be allowed to reopen with capacity limits and other safety guidelines.

Earlier in the day Wednesday, Illinois Senate Republicans sent a letter to Pritzker raising concerns about the continued delay for some sectors of the economy as neighboring states reopen more quickly. They requested the governor employ a 14-day timeline in measuring reopening metrics as opposed to the current 28-day timeline, and they said current hospitalization and positivity rate trends demonstrate Illinois can move forward quicker.

“Illinois remains one of the most restrictive states in the nation,” the Republican senators wrote. “Illinois restaurants, unlike those in neighboring and Midwestern states, will still need to wait weeks before in-person dining could even be considered. Gyms in Illinois remain shuttered and pools are only open for limited activities.”

Are states coordinating or going rogue in COVID-19 attack? How does your state stack up?

They asked the governor to accept their suggested changes that would move Illinois into Phase 4 on June 12.

The request came as the state’s metrics all continued to trend in a favorable direction in terms of containing the virus’ spread.

IDPH reported 625 new cases of COVID-19 and 78 additional virus-related deaths over the previous 24 hours among more than 20,000 tested. That was the lowest number of new cases in a single day since March 30 when there were 460. The preliminary seven-day statewide positivity rate for June 3-9 was 4%.

There have been 129,837 confirmed cases since the pandemic began, including 6,095 deaths.

As of midnight Wednesday, there were 2,573 COVID-19 patients being hospitalized. Of those, 706 were in intensive care units, including 394 patients on ventilators — all numbers were far off their April and May highs and were on a continued trend downward.

Still, Pritzker said the way phases were designed, including the 28-day periods, were so that the state could observe how the virus reacts as more people move further from their homes.

“So you might ask, ‘well gee, can't you speed everything up now that we're doing better?’” the governor said in Moline. “… But the reason that we have phases is because as you reopen and move into a new phase, guess what, you're gonna get more cases, that's the thinking.”

Pritzker pointed out that Phase 3 only began on May 29.

“We're barely a couple of weeks in here and the incubation period is 14 days,” he said. “Don't forget you don't really see the bulk of hospitalizations 'til between 14 and 21 days after people engage with one another that have COVID-19 … So the idea here is to make sure that we don't overwhelm the hospital system as we reopen. But we are reopening as fast as we can and you've seen that I've made adjustments along the way, where the epidemiologists and the data indicate that we can open more, and not see an outbreak of cases.”

— Jerry Nowicki contributed to this report.

The new cases were a slight uptick from the number announced Wednesday, but the number was still far off the highs of April and May and represented the sixth straight day of fewer than 1,000 new cases. 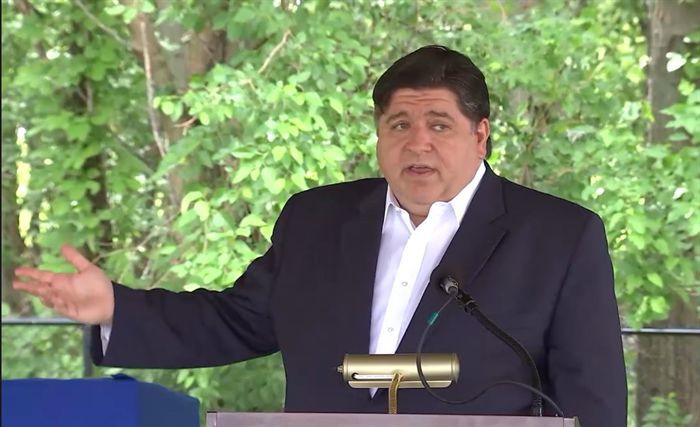 Gov. J.B. Pritzker takes questions in Rockford Wednesday at one of his two public events to tout spending on child care grant programs in the fiscal year 2021 budget. 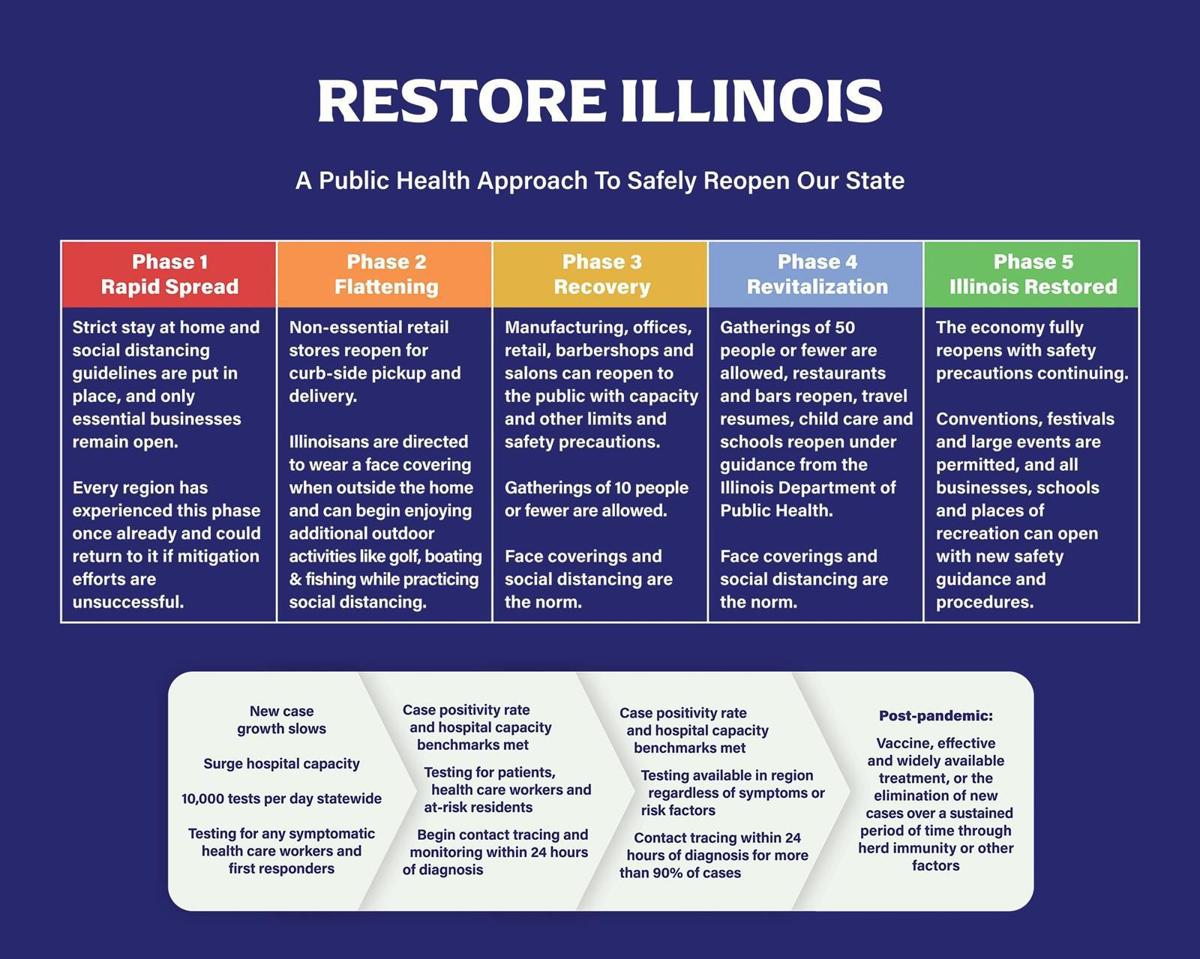