The 1,598 new cases reported were among 39,633 test results reported over the previous 24 hours, making for a one-day positivity rate of 4%, which drove up the rolling seven-day rate to 3.2%. That is the highest the rolling rate has been since June 14 and the third straight day of an increase by one-tenth of a percentage point.

“We've seen real progress over these last four and a half months, but our numbers now appear to be gradually rising,” Pritzker said at a COVID-19 briefing in Chicago after touting how Illinois’ “careful reopening and conscientious people” have helped keep positivity rates lower than in most states in the U.S.

There were also another 23 COVID-19-related deaths reported Wednesday, bringing the total to 7,347 virus-related casualties among 165,301 confirmed cases since the pandemic first reached Illinois.

“But let's not forget that it doesn't take long at all to reverse all of our gains, and for a trajectory of success to be turned on its head,” the governor said, calling out the federal government for lacking a coordinated response and a national mandate for face-coverings.

In the Metro East area on the Missouri border, the positivity rate as of July 19 was 6.9%, according to IDPH. The other 10 regions ranged from about 2.4% in eastern Illinois and 4.8% in Chicago.

Per metrics set by Pritzker and IDPH, if a rolling positivity rate surpasses 8 percent, or if the one-day positivity rate increases for seven of 10 days along with hospitalization increases or declines in surge capacity, the state would take actions to mitigate the spread. These include reverting to closures seen in previous phases of the state’s reopening plan.

He called the Metro East “dangerously close” to hitting those metrics, but said there will be no actions to limit the travel of Illinois residents to neighboring states where case counts are higher.

“I have spoken with local leaders, and I've asked them to clamp down on the outbreaks where they are occurring so that the state won't have to step in,” he said, specifically noting a “party bus” company in the area, which buses bar-goers from one location to another, was linked to an outbreak.

As of Tuesday night, there were 1,456 people in Illinois who were hospitalized with COVID-19, including 337 patients in intensive care units and 132 on ventilators. All numbers remained roughly stable near their pandemic lows.

Pritzker also announced that he would be extending a moratorium on residential evictions through Aug. 22. He had previously said that extension would run through the end of the month, but two state programs for renters and homeowners will have applications open in mid to late August, so the extension is aimed at creating a bridge to those programs.

Through the fall, Pritzker said, the state will make grants of up to $5,000 for renters and $15,000 for homeowners available to applicants.

“For many people, their ability to weather this crisis hinges on their ability to keep a roof over their family's heads,” he said. “It's not enough to say that we want to build a more just and equitable state … on the other side of this pandemic. We have to take tangible action to get there.”

IDPH also announced a Notice of Funding Opportunity, or NOFO, for public health organizations through which the department will award a grant in each of the regions outlined in Pritzker’s resurgence mitigation plan outside of Cook County and Chicago, which will stand up their own contact tracing programs.

The grants will go to nine organizations which will serve as coordinators in their region, awarding sub-grants to community-based organizations.

The NOFO will be available on the IDPH website on Friday, July 24, according to a news release.

“The COVID-19 Pandemic Health Navigator program is geared toward organizations able to serve as coordinators for their region, sub-awarding to other agencies across three main areas of work — education and outreach, contact tracing, and resource coordination for those who need to isolate,” Pritzker said.

More than 1,600 contact tracers are available in Illinois, according to the governor, who said they are reaching “about 61 percent” of identified contacts within a reasonable time. Sometimes, however, positive cases are not willing to identify those whom they have contacted.

The number of staff needed to conduct contact tracing varies depending on several factors, including the number of people seeking medical care or testing, the number of new cases, the amount of time passed between first symptoms and a positive test, the number of contacts of each confirmed case, and how quickly patients are isolated and contacts are notified.

“By working with established community-based organizations, we are hoping to reach people who may be at higher risk of infection, but hesitant to talk with health officials,” IDPH Director Dr. Ngozi Ezike said. “We need people who are trusted in communities across the state to let people who have been in close contact with a confirmed case know that they need to monitor their health and take steps to potentially prevent spread of the virus to their family, friends, co-workers, and other community members.”

Pritzker said contact tracing not only involves a first phone call to people who may have come in contact with a COVID-19-positive individual, but also includes follow-ups to make sure those who live alone, such as seniors, still have access to services and meals during their requested isolation.

We've updated our list of famous Salukis to include even more famous celebs who went to SIU Carbondale.

As cases of COVID-19 again begin to swell in Southern Illinois, some restaurants are saying it's just too risky to stay open for dine-in service, while others find themselves closing after employees test positive. 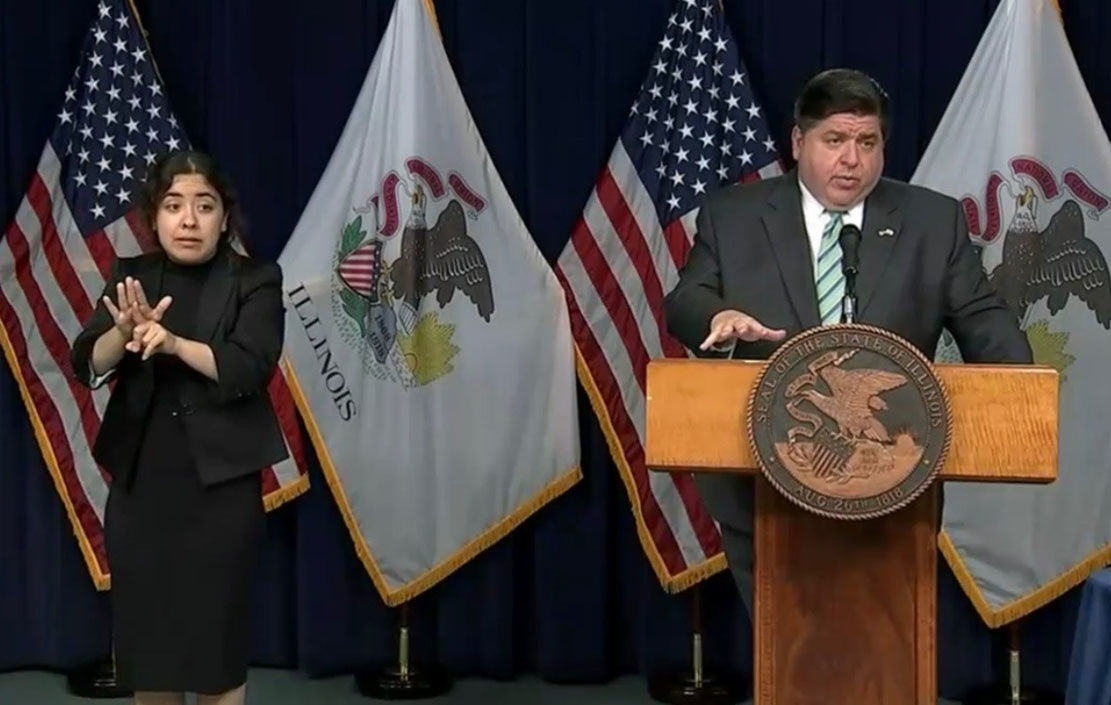 Gov. J.B. Pritzker expresses concern over the rising number of COVID-19 cases and an increase in the rate of positive test results in recent days during a news conference Wednesday in Chicago. 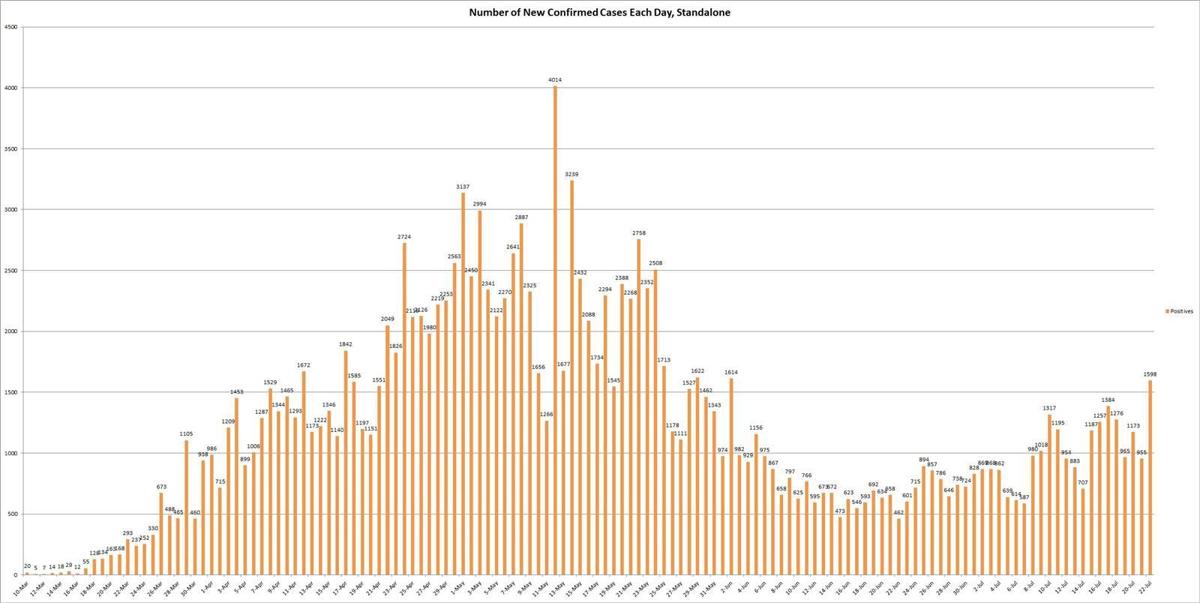 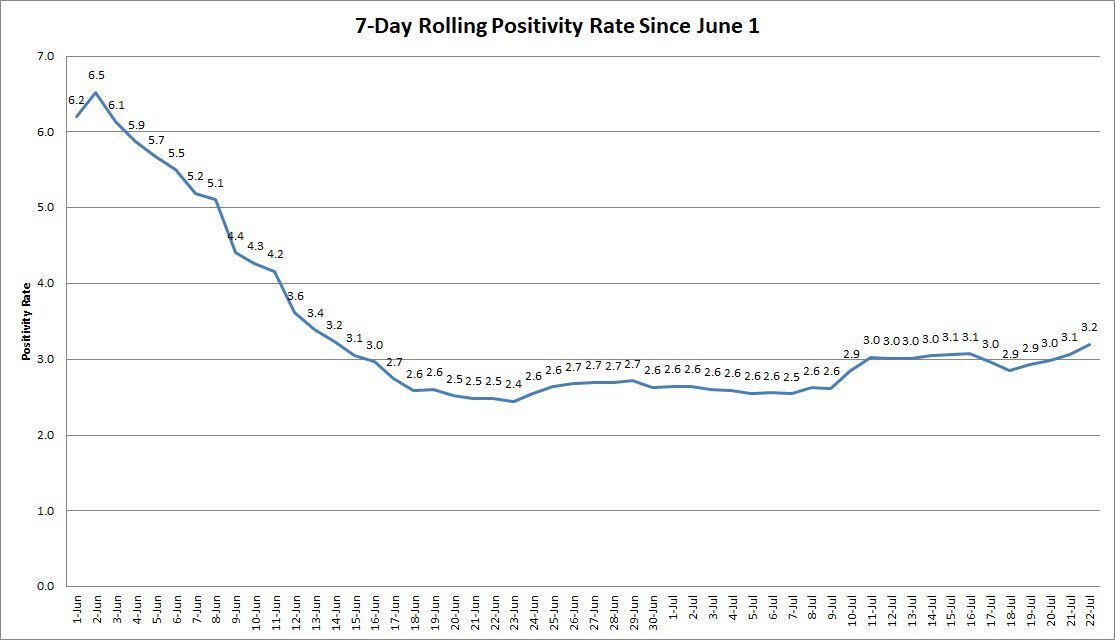