SPRINGFIELD — The positivity rates in the Metro East region on the Missouri border as well as in Southern Illinois increased to 7.4% and 7.3%, respectively, as the state on Tuesday announced another 20 COVID-19-related deaths and 1,549 new confirmed cases of the virus.

That brings the total number of COVID-19-related deaths in Illinois to 7,657 out of 196,948 confirmed cases since the pandemic began. More than 3.14 million tests have been conducted during the same time period.

A total of 4,162 of the virus-related deaths have occurred in long-term care facilities, where 25,452 confirmed cases of the virus have been reported, according to the Illinois Department of Public Health.

Those who have not passed away within 42 days of their initial diagnosis are considered recovered, according to IDPH. The recovery rate per those guidelines is 95%.

The new cases reported Tuesday were among 41,362 test results reported over the previous 24 hours, making for a one-day positivity rate of 3.7%. That kept the seven-day rolling average positivity rate at 4.1% — the sixth straight day of a rate at 4% or greater.

The Metro East and Southern Illinois still have the two highest rates for the state’s 11 regions in the Restore Illinois virus mitigation plan. Behind them was Region 7, which includes Kankakee and Will County, at 6.6%.

The other rates ranged from 2.8% in eastern Illinois’ Region 6 to 5.8% in suburban Cook County.

The hospitalization numbers were all slightly down from the day prior but still up from their pandemic lows of early and mid-July.

Illinois’ highest court moved Rep. Darren Bailey’s lawsuit to Sangamon County, effectively ending a Clay County court's role in the case regarding the limits of Gov. Pritzker's authority to respond to the pandemic. 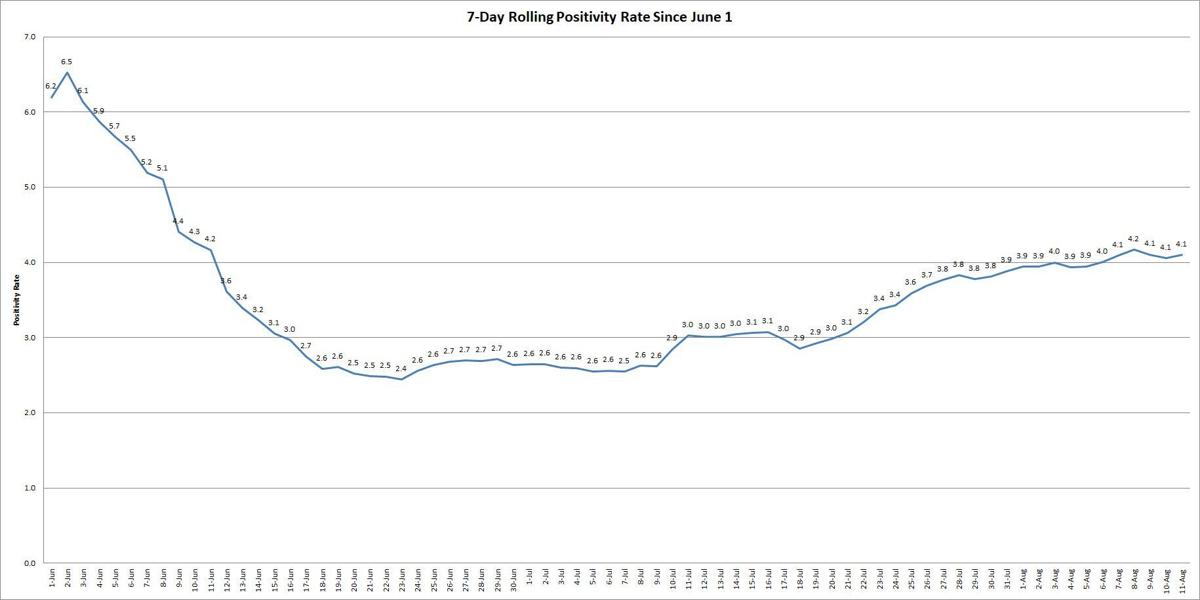 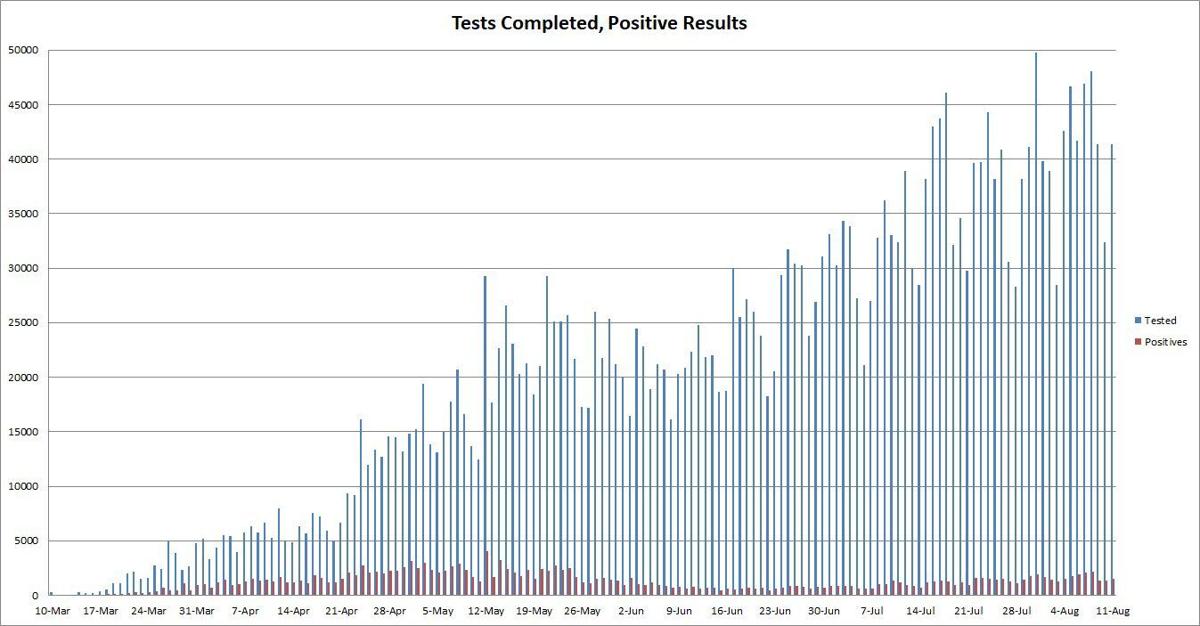