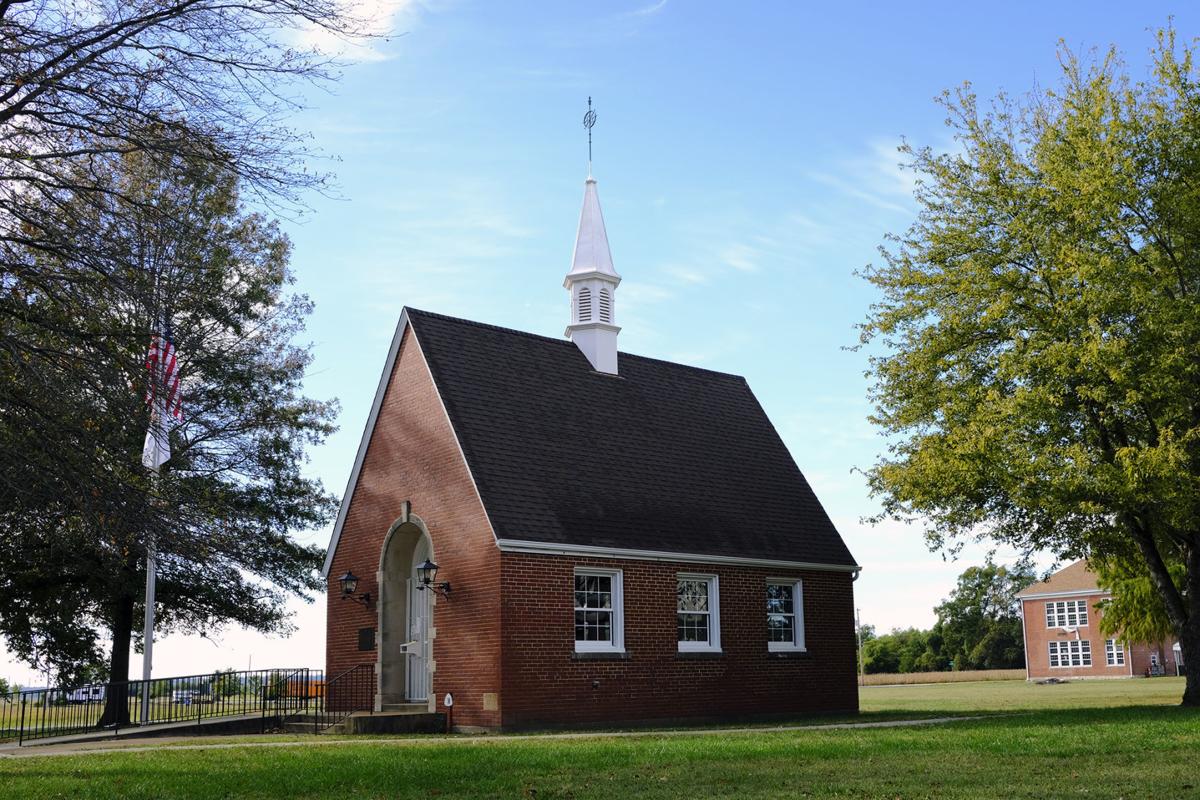 The shrine for The Liberty Bell of the West sits in what is left of Kaskaskia, Illinois’ first state capital. 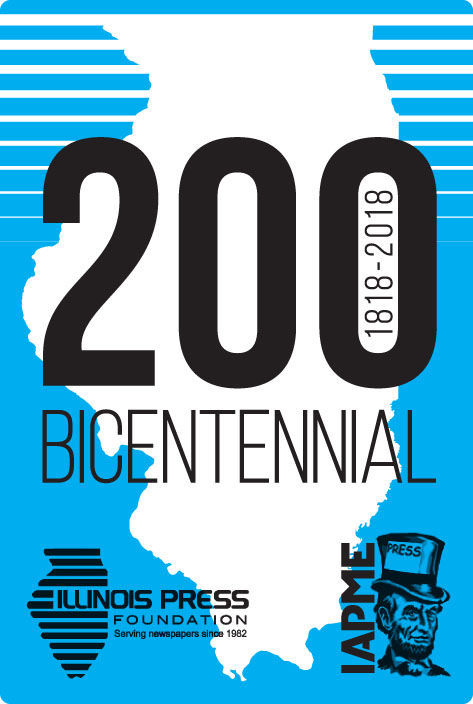 Editor’s note: The weekly Illinois Bicentennial series is brought to you by the Illinois Associated Press Media Editors and Illinois Press Association. More than 20 newspapers are creating stories about the state’s history, places and key moments in advance of the Bicentennial on Dec. 3, 2018. Stories published up to this date can be found at 200illinois.com.

On July 4, 1778, the bell rang and the battered people of Kaskaskia gathered. They found themselves under new rule. George Rogers Clark explained that the revolutionary government was not interested in changing their faith, but wanted to give them liberty.

The once British-occupied territory had been liberated by Clark, who was fighting for the Continental Army. About four decades later, this small settlement flanked by the Mississippi River would be the home to Illinois’ first capital.

There is a lot to Kaskaskia’s story — a lot that wouldn’t be gleaned by a visit to the sparse island on what would seem to be the Missouri side of the Mississippi River. Emily Lyons, curator for the Randolph County Archives and Museum, said she has spent the last 20 years working to preserve the county’s history in an official capacity, but has spent her life immersed in it.

Lyons said her family can be traced in a direct line back to settlers who came to what was then the Kaskaskia peninsula in the 1700s — Lyons explained that the peninsula became an island after years of deforestation along the banks of the Mississippi, as well as soil erosion, created a perfect storm in April 1818 when an ice pack at a bend in the river finally caused what was left of the remaining ties to the mainland to gave way.

Lyons explained that Kaskaskia began as one building — in 1703, the Jesuits built a chapel. Not long after, a small population of native peoples and 12 French settlers called the place home. By 1718, and several church buildings later, the chapel became a parish, the Immaculate Conception Church.

Lyons said the population grew, and, in 1725, Kaskaskia was incorporated by the French. She said Kaskaskia’s location on the Mississippi River made it ideal for shipping the agricultural goods being produced in the region, but most valuable perhaps were the furs being trapped and sent to the garment trade in Europe. She said over the course of its history, the once-bustling community garnered the moniker of the Versailles of the West. In fact, the Liberty Bell of the West was gifted to Kaskaskia’s Immaculate Conception in 1741 in recognition of its importance. The bell still sits among the scattered historic buildings left on the island.

Lyons said before being incorporated, the king of France had sent a military detachment to build what would be Fort de Chartres. This proved to be a valuable asset in the years and conflicts to come.

After the French and Indian War ended, in 1765, Britain took the fort. Lyons said because of poor conditions there, the British moved to Kaskaskia, which is where Clark found them during the Revolutionary War. Lyons said while Clark and his men, who took Kaskaskia without a drop of blood being shed, announced they were happy to let the residents live their lives as they chose, they would need to be supplied. She said the following winter was a hard one as many larders had been raided to help with the war effort.

When President James Monroe signed off on Illinois being admitted as the 21st state in the union in 1818, Kaskaskia was chosen as its first capital. But it didn’t last long. Within a few months of acquiring statehood, Vandalia, which was not even populated at the time, was chosen as the state’s new capital as many favored its more central location within the original 16 southern counties. The first meeting of the second General Assembly was held at a newly constructed statehouse in 1820.

Though at one time home to a vibrant population, Kaskaskia Island now is home to an almost startling quiet. Fewer than 100 people call the island home, with miles (in some cases) between houses. The Liberty Bell of the West sits encased in a brick shrine and the Immaculate Conception Church, its final brick building, just a few yards away. Yawning trees dot the grounds.

Lyons said while Kaskaskia is not the tourism hub of, say, Abraham Lincoln’s estate in the current state capital of Springfield, she is happy with things the way they are. She said many who still live on the island do so for a reason — it’s quiet. She said her biggest struggle as curator is getting people to see the value in history, as well as seeing the value in keeping historic buildings standing when possible.

“Sometimes the impression is new is better,” she said, noting the irony that many buildings that replace historic structures are often estimated to last only a few decades while those that come down have lasted centuries.

She said she always tries to explain the value in these historic places. And when she loses, she is not happy.

“It’s not a good feeling,” Lyons said of seeing pieces of her county’s history meet the wrecking ball.

Lyons said she wants to preserve her home’s history and wants to ensure the buildings and museums can be maintained. This has been no easy task, as budgets in Illinois have shrunk in recent decades. However, she said she has to strike a balance when it comes to Kaskaskia: The grounds and buildings need to be kept up and the history should be celebrated, but not at the expense of those who still call Illinois’ first capital their home.

Before becoming a state, Illinois had its own Liberty Bell

No exploration of the 200 years of Illinois history would be complete without a look at what preceded those two centuries.

The Green Bay Packers could have been Chicago’s home team ...

Illinois 200: These are the top 10 athletes from Illinois

Illinois 200: Through many decades of challenges, newspapers remain strong voice for information, democracy

Illinois 200: 1,000 years ago, Illinois had the largest city in what would become the United States

Illinois 200: Illinois has embraced its role as the Land of Lincoln

Abraham Lincoln may not have been born in Illinois, but he clearly is among the state’s favorite sons.

Illinois 200 | Political figures from Illinois: Recipients of the Nobel Prize for Peace, leaders during wartime

The shrine for The Liberty Bell of the West sits in what is left of Kaskaskia, Illinois’ first state capital. 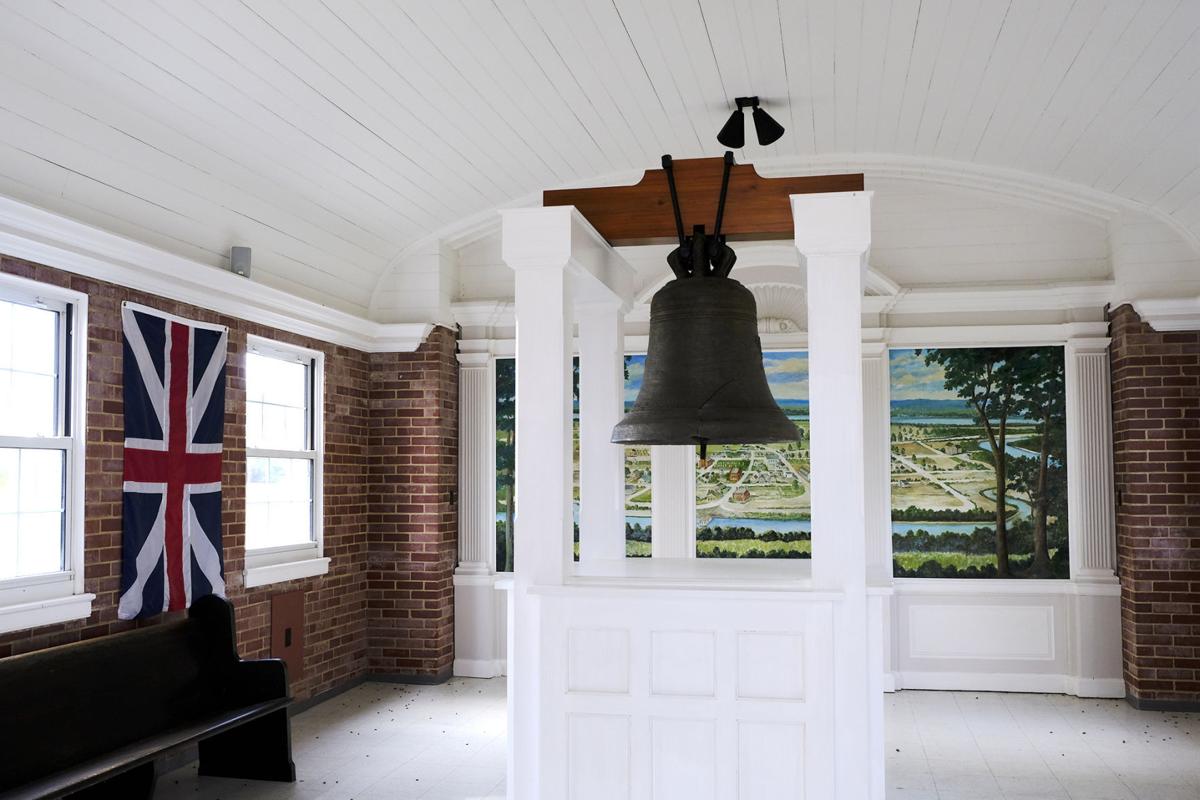 The Liberty Bell of the West was rung after Kaskaskia was captured from the British in 1778 by the Colonial Army.