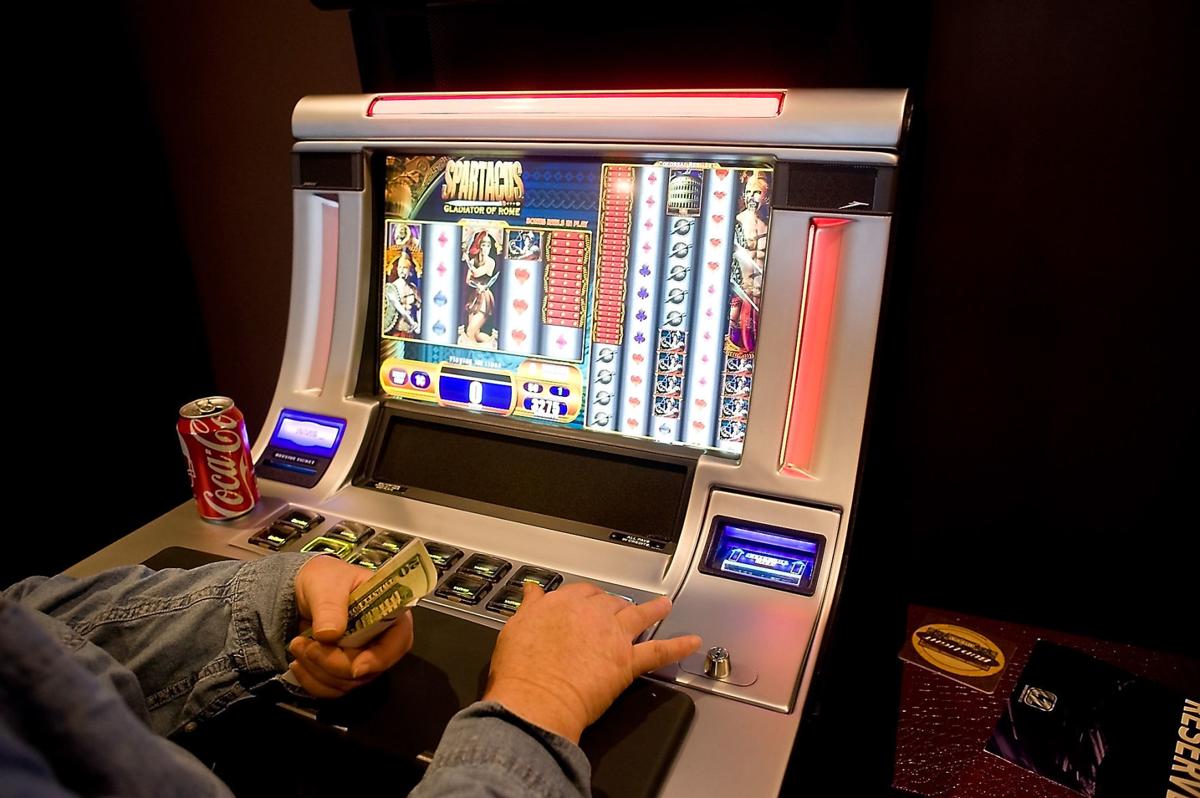 A woman tries her luck on a video gambling machine in 2016 in Carbondale. 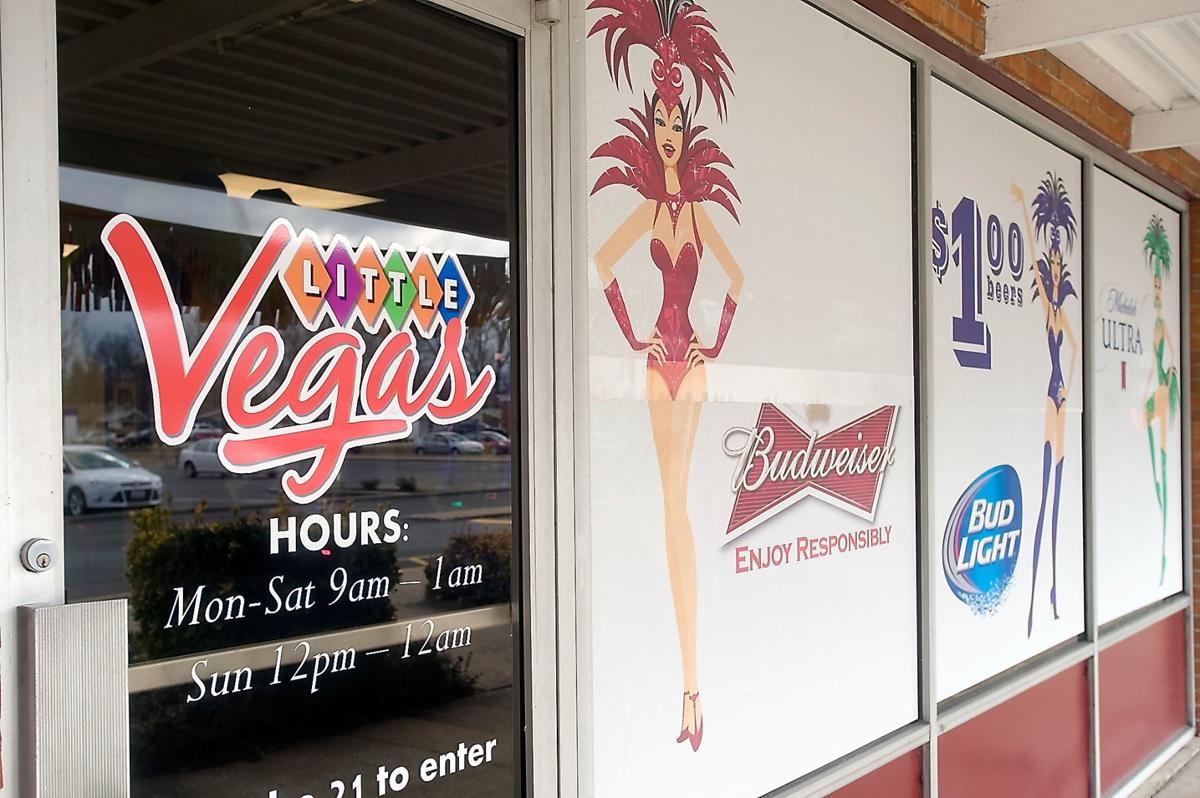 Little Vegas is a video gaming center located at the Eastgate Shopping Center in Carbondale.

DECATUR — Five years after the first legalized video gaming machine arrived, Illinois now has one terminal for every 481 residents — a ratio so small, so unexpected that even some operators and lawmakers are surprised by the proliferation.

The upturn of the chiming, flashing machines perched in diners, truck stops and sleek gaming parlors has sent millions of dollars into government coffers statewide, but also has raised serious questions about whether the trend has gone too far.

As he looks at the proliferation of machines, Michael Gelatka said it has been of historic importance for the state.

“We think it has been one of the greatest small-business stimulators, probably in decades, in the state of Illinois,” said Gelatka, an executive board member and recent president of the Illinois Gaming Machine Operators Association and owner of G3 Gaming, a video-gambling company in Lansing. “It’s bringing additional revenue streams for over 6,000 establishments across the state and revenue for small towns across the state that never had the ability to generate that revenue in the past.”

The Video Gaming Act, which legalized video gaming, came about in 2009 as a way to help fund a $31 billion capital program approved by lawmakers that same year. The act was also seen as a way to help businesses struggling after the state’s indoor smoking ban went into effect the previous year.

After several years of delay, the first state-sanctioned terminal went online in September 2012.

“We helped fund a huge infrastructure bill that created a lot of jobs, we expanded small businesses throughout the state of Illinois that also created jobs, and we brought in some needed revenue for the state of Illinois,” said Rep. Lou Lang, a Democrat from Skokie who sponsored the original video gaming bill. “I think, despite the fact that some are not huge fans of the concept, it generally seems like it has been a success.”

A total of $44.4 billion has been played on machines, with the state netting $882 million and municipalities $176 million.

The state collects a 30 percent tax on net terminal income, or the amount gambled minus what is paid out, with 25 percent going to the state and the other 5 percent going to the local municipality. The remaining 70 percent of the income is split evenly between the businesses that host the gambling and the machine operators.

Recent years have seen a proliferation of “gaming parlors,” small businesses that often fill empty storefronts and emphasize the machines over food or drinks. Machines have even popped up in businesses not typically thought as gambling havens, such as floral shops and laundromats.

Gaming machines in such establishments surprised Lang, who said lawmakers never intended those types of places to take advantage of the law.

“What they’re doing is perfectly legal, but it was never the intent to expand gaming to places that are not bars and restaurants, per se,” he said.

The law sets a minimum game payout of 80 percent. Each individual bet has a maximum of $2, with a maximum $500 payout per bet. Five machines, or terminals, can be installed at any truck stop or establishment licensed to serve alcohol for on-site consumption.

The other cost of gaming

For Anita Bedell, no amount of money generated from video gaming is enough to offset the social costs.

Bedell, executive director at Illinois Church Action on Alcohol and Addiction Problems, said for every $1 gambling brings the state, taxpayers pay $3 to address the accompanying uptick in addiction, crime and bankruptcy. The numbers come from a report by the National Gambling Impact Study Commission and subsequent academic studies.

The money may support cities' bottom lines, but Bedell said it is not worth the social cost and the way gambling has “changed the character” of those cities that allowed it.

“It’s hard to walk into a place that does not have video gaming machines,” she said. “Places where so many families go, where they should never be at.”

Greater access to legal gambling has also raised the risk for addiction, according to the record of calls made to the 24-hour addiction center set up by the Illinois Council on Problem Gambling.

The center receives an average of 20 calls a month from people who identify their problem as video gaming, said council administrator Bill Johnson. Before 2012, when those who wanted to play the machines had to go to casinos to get their fix, there were no records of video gaming addiction being reported.

“What I think we’re seeing is the proliferation of the machines is exposing more people to the possibility of addiction,” he said, adding about 3 percent to 5 percent of the nation's population are affected by problem gambling.

The council has no official stance on the machines, and Johnson stressed that the majority of those who play the machines do not develop gambling problems. His concern is the amount of money generated from the machines that goes back to necessary social services.

“I think we should have a safety net,” he said.

“We’ve worked real hard to provide the gaming board some ideas that can help players in need, but doesn’t suffocate the industry,” he said.

Video gaming has in some ways become a community experience among the devotees, with the regulars bonding over the highs-and-lows experienced when gambling.

Machines typically offer dozens of options to best suit the gamer, from a dozen different variations of slots with names like “Stinkin’ Rich” and “Golden Goddess” to more traditional video poker games like “Jacks or Better” and “Deuces Wild.”

How many machines will operate in Illinois remains to be seen, though a report from the Commission on Government Forecasting and Accountability shows the proliferation of the machines has started to slow.

The number of machines could also be affected if state lawmakers approve a long-discussed plan to expand gambling in Illinois. A plan to allow new casinos in Williamson County, Chicago, Danville, Lake County, Rockford and southern Cook County, and to allow video gaming at horse racetracks, was not approved before the end of the spring session, but could come up again this summer.

The rise in video gaming has proven a stiff challenge for the original place where Illinois residents could play some slots: casinos.

Casino operators knew their bottom lines would be affected by video gaming, but Tom Swoik said they were unable to project just how bad it would be.

“I think it is significantly worse than what we were expected,” said Swoik, executive director of the Illinois Casino Gaming Association, which represents the state’s riverboat gaming industry. “It’s just so much more convenient. I have friends in Springfield who would go to Peoria once or twice a month for the casino. Now they’re just going to the local bar.”

With the decline in casino revenue also comes a decline in education funding, Swoik said. State revenue from video gaming machines is mainly for tabbed for capital projects, but revenue from casinos is set aside for education. The current graduated tax on Illinois casinos is 15 percent, increasing to 50 percent if a casino exceeds $200 million in adjusted gross receipts.

There is some hope that the 175 Illinois communities that have opted out of video gaming machines will have a change of heart, with supporters specifically looking at Chicago. The city previously prohibited gambling, and Mayor Rahm Emanuel has publicly opposed having machines in the city.

Some business owners have raised concerns about the tax rate on terminal income. A lawsuit filed this spring in Cook County challenges provisions in the law that require businesses to hand over half of their profits after taxes to terminal operators and prohibit business owners from buying their own machines.

Plaintiffs in the suit against the Illinois Gaming Board include Illinois Cafe & Services Company and Laredo Hospitality Ventures, which combined operate more than 100 video gaming parlors in Illinois.

The Illinois Gaming Machine Operators Association has said the suit is without merit.

As long as the state leaves the tax rates as they are, Gelatka of the association said he sees no reason why the state and cities cannot continue to benefit from gaming.

“I see it as a lasting revenue source as long as they do not change the equations as they are now,” he said. “It’s done exactly what it was meant to do, and that is stimulate the hospitality business and the hospitality industry.”

Ryan Voyles writes for the Decatur Herald & Review, a Lee Enterprises publication of The Southern Illinoisan.

Report: 18 states, including Illinois, may introduce sports betting bills in 2018

ATLANTIC CITY, N.J. — A new report predicts 18 states will introduce bills to regulate sports betting this year, with 11 having a good chance …

A woman tries her luck on a video gambling machine in 2016 in Carbondale.

Little Vegas is a video gaming center located at the Eastgate Shopping Center in Carbondale.