SPRINGFIELD — COVID-19-related deaths surpassed 8,000 over the weekend as the virus positivity rate hovered around 4%.

As of Monday, the rolling seven-day average positivity rate throughout the state was 4.1%, while the positivity rate in Regions 4 and 7 of the state’s reopening plan either remained roughly flat or increased as of Aug. 28 despite added restrictions.

Gov. J.B. Pritzker has said more restrictions can come this week if the positivity rate in the area does not decrease.

Southern Illinois, in Region 5, had a positivity rate of 7.4% percent, the third highest. In Region 2, which includes Peoria and several surrounding counties, the positivity rate was 6.8%, and in suburban Cook County, or Region 10, the rate was 6.9%.

All other regions ranged from 1.6% in east-central Illinois’ Region 6 to 6.2% in Region 9, which include McHenry and Lake Counties.

From Saturday through Monday, the Illinois Department of Public Health reported an average of 1,846 new cases each day among 46,618 tests completed on average. The positivity rate was roughly 4 percent over that span.

There are now 8,026 virus-related deaths recorded in the state after a total of 29 were reported the previous three days. There have now been 235,023 cases of the virus confirmed since the pandemic began, and IDPH reports the recovery rate is 95 percent for individuals who are at least 42 days removed from a positive COVID diagnosis.

More than 4 million tests have been conducted in the state.

Illinois House lawmakers were back in the capital city Friday for the first time since May, kicking off a five-day “lame duck” legislative session. 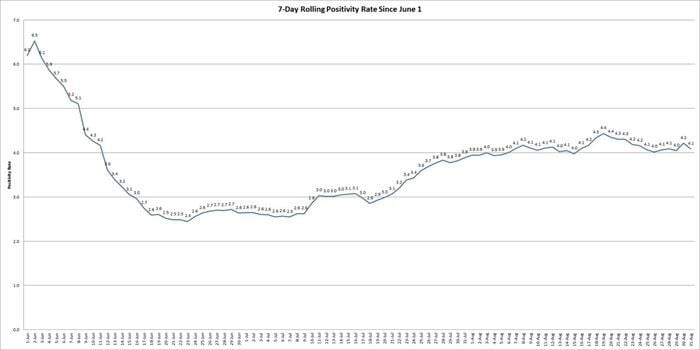 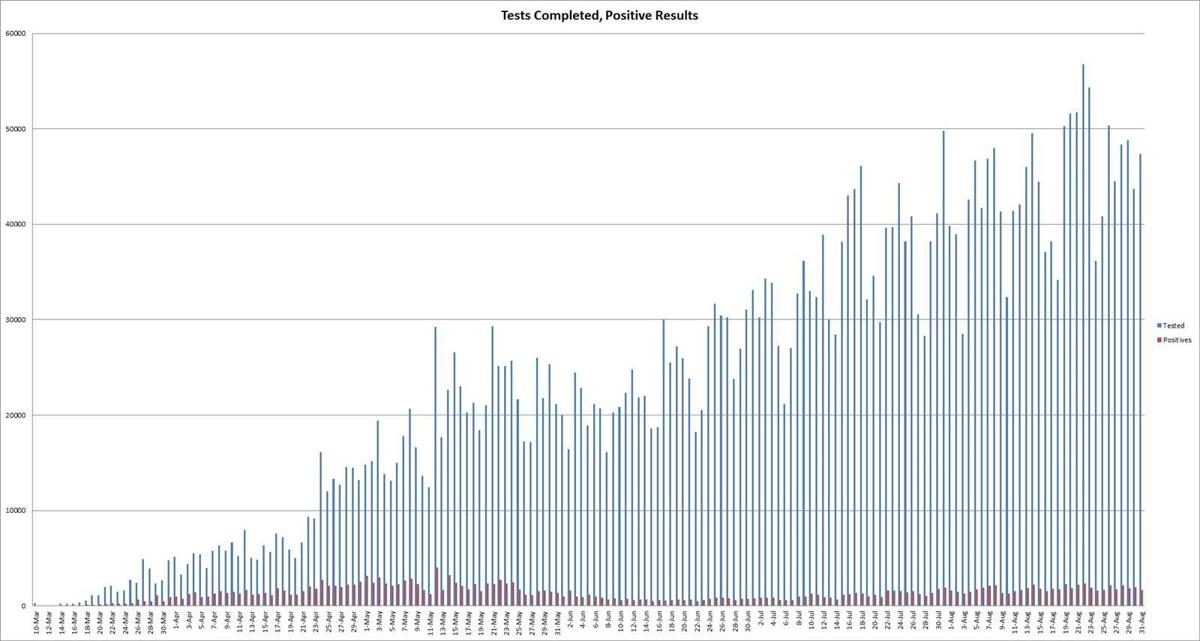