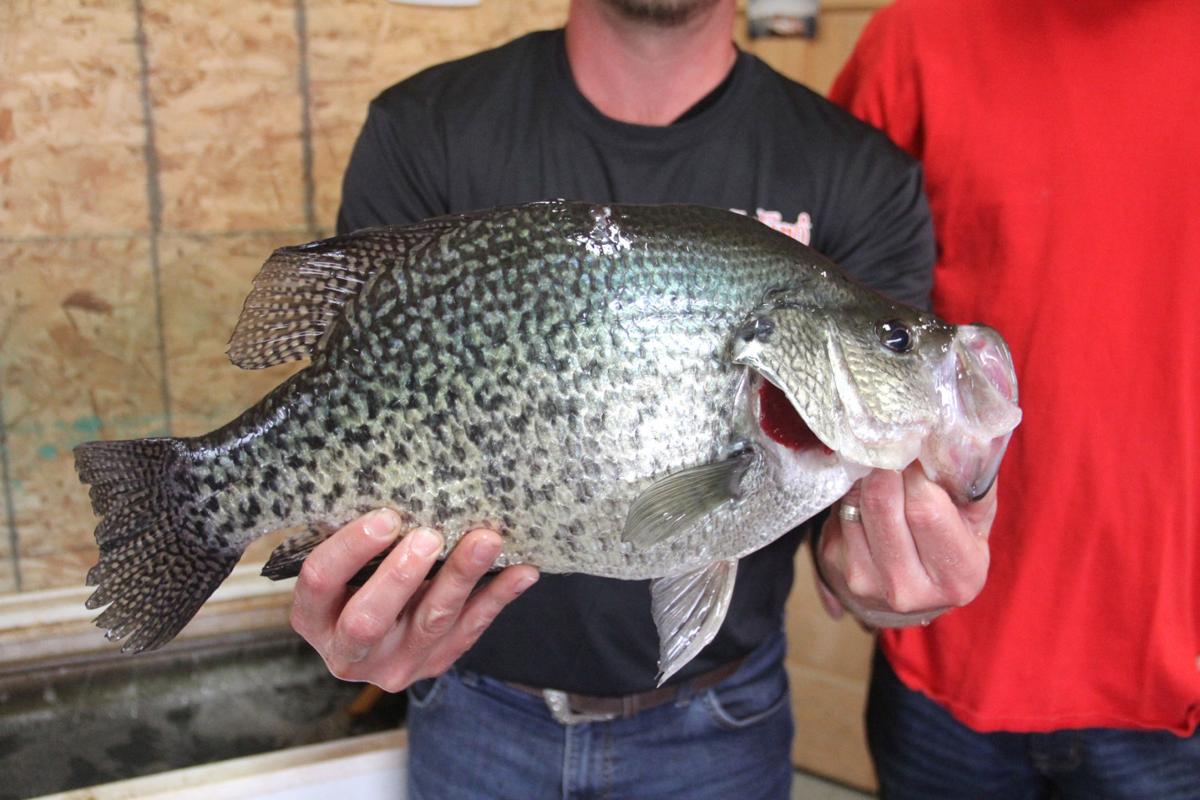 This 4 pound, 8.8 ounce black crappie is a new state record. Ryan Polovish of Carbondale caught the fish on a chatter bait at Kinkaid Lake Tuesday. 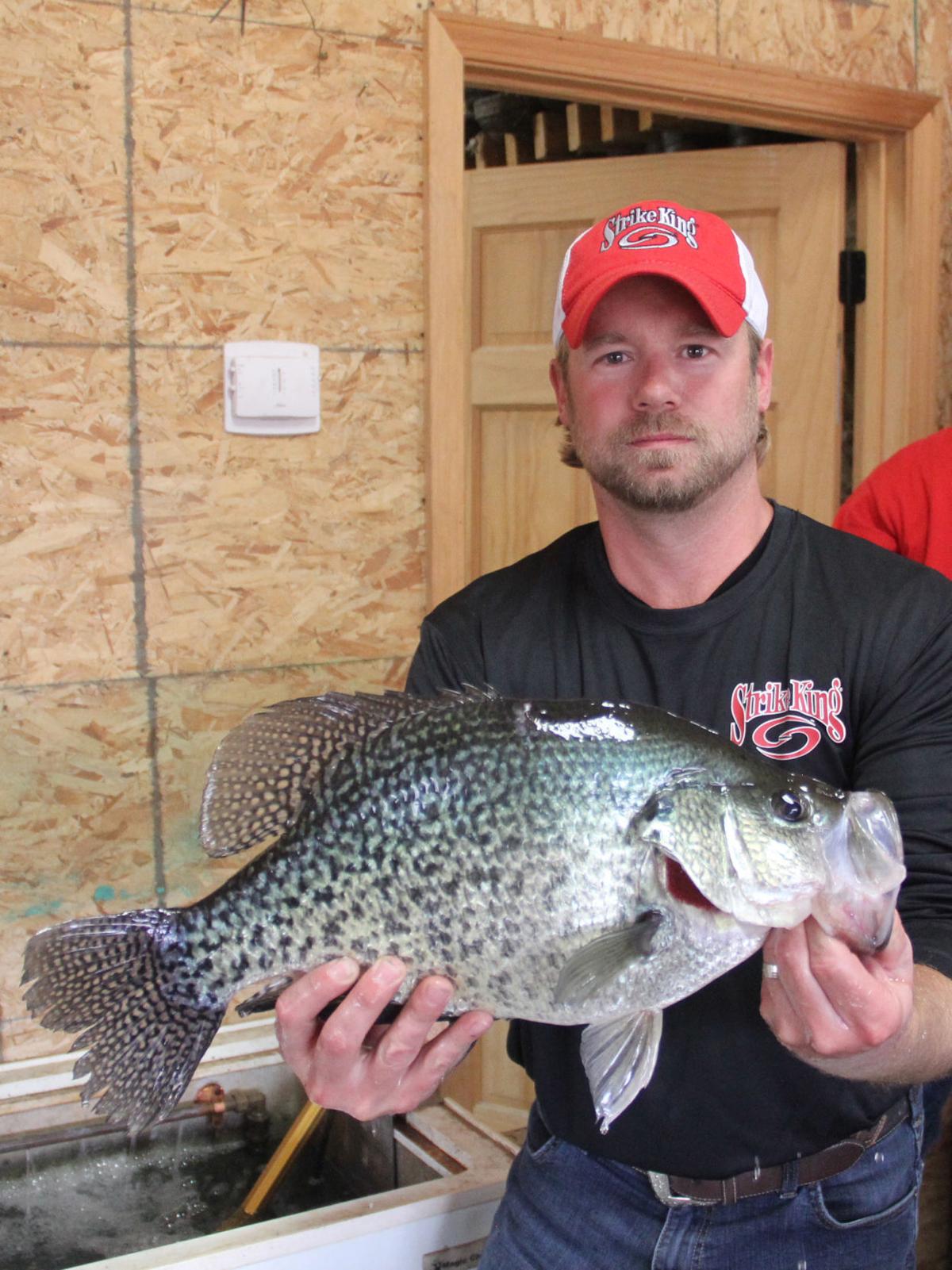 Ryan Polovish of Carbondale holds the state record hybrid crappie he caught at Kinkaid Lake on March 28. The fish weighed in at 4 pounds, 8.8 ounces.

They had planned to bass fish. Those plans were put on hold momentarily when another angler asked Jackson for assistance in locating a crappie spot. After probing the weed bed unsuccessfully for crappie, Polovish picked up a bass rod.

He cast a Strike King chatter bait toward some weeds in about six feet of water when he felt that familiar tug on the line. However, neither he nor Jackson could believe their eyes when a huge crappie surfaced.

The black crappie officially weighed in at 4 pounds and 8.8 ounces, narrowly eclipsing a state record (4-8.2 set at Rend Lake) that had stood for nearly 40 years.

"I probably took about five casts and thought I had hooked a bass honestly, Polovish said. "Josh actually reached down and grabbed it and threw it in the boat. That's something I'll never forget.

"The first thing that went through my mind was I have a crappie to put on the wall. I was just talking to my brother-in-law a couple months ago about how pretty his is on the wall."

The pair remained in disbelief even after a nearby fisherman provided scales to weigh the fish.

By that time, Jackson was thinking his buddy might have broken the state record. Luke Estel, Jackson's regular fishing partner, brought a scale to the boat dock and that scale indicated 4 pounds, 9 ounces. A short time later, Shawn Hirst, an Illinois Department of Natural Resources fisheries biologist, arrived on the scene with a certified scale. Officially, the fish checked in at 4-8.8.

"It was just kind of a, just didn't believe it type feeling," Jackson said. "He (Hirst) weighed it three times and got the same weight each time.

The fish is still alive. Jackson said they are hoping to get the fish placed in an aquarium somewhere. They contacted Bass Pro Shop in Springfield, Missouri, but they have to clear legal hurdles about transporting live fish.

Record-breaking crappie caught at Kinkaid Lake is a hybrid

The Illinois Department of Natural Resources has verified that the 4-pound, 8.8-ounce crappie caught by Carbondale's Ryan Povolish at Kinkaid …

CARTERVILLE — When John Wurtsbaught of Mattoon stepped into his boat Sunday morning, he harbored no illusions about winning the Don Sanders/Bi…

This 4 pound, 8.8 ounce black crappie is a new state record. Ryan Polovish of Carbondale caught the fish on a chatter bait at Kinkaid Lake Tuesday.

Ryan Polovish of Carbondale holds the state record hybrid crappie he caught at Kinkaid Lake on March 28. The fish weighed in at 4 pounds, 8.8 ounces.