Become a Member
Read Today's E-edition
Share This
U of I administrators visit region, stress cooperation
0 Comments
Share this

Administrators with the University of Illinois system paid a visit to Southern Illinois this week.

Working toward that goal, a group of U of I leaders spent Monday in the region as part of a statewide tour, meeting with legislators, business leaders and representatives of Southern Illinois University Carbondale.

Killeen said the main focus of the statewide tour, which also will include stops in Peoria, Rockford, the Quad Cities and Chicago, is mostly about listening to ways the University of Illinois can work with to support the state in general.

“We feel like it's time to really have the impact that we think we can, working closely and collaboratively with all the other public universities across the state,” he said.

He touted the Illinois Innovation Network, an organization of innovation hubs located at public universities around the state, along with other partners, as a way to drive innovation and generate economic opportunities. During part of the visit, Killeen and his colleagues toured IIN efforts at Southern Illinois University Carbondale including SIU’s “iFerm” hub which includes facilities for the university’s fermentation sciences program and fisheries research.

University of Illinois Urbana-Champaign Chancellor Robert Jones joined Killeen on the Southern Illinois trip. He said even though his institution has had a long history and presence in the region through the extension service and the Dixon Springs agricultural research station, he wants UIUC to have a more prominent role and wants to achieve it through cooperation with SIU.

“I've been around this work long enough to know that you can't do it alone. That's one of the reasons we're visiting SIU. There's a tremendous need to partner with the other higher education institutions across the state,” Jones said. “Many issues are too complex for any one university or one community to solve alone. That's why I'm so passionate about this. It's a new way of thinking about the role of the university and how it carries out its land grant mission in the 21st century and beyond.”

Both administrators expressed an interest in stopping “brain drain” – the exodus of high school graduates from Illinois.

“Part of what we are doing,” Killeen explained, “is working with the other 12 university systems in the state as a coalition to help students stay in state – not just at Urbana-Champaign or Chicago, but all of the universities because it doesn't do me any good to sit here and see a great place like SIU lose students when I know they deliver an amazing education at an affordable price.”

Killeen, whose Urbana-Champaign campus set an all-time record for enrollment this fall with 56,299  students, continued: “We've got to boost the whole image of Illinois as a state where you can get an education, raise a family, have kids, go to baseball games, buy homes and see your grandkids do well; those sorts of things. I think there's a there's some active things that we can do to stem the outward migration of high schoolers.”

Both Killeen and Jones stressed they want to cooperate with SIU, not compete with it.

“I think there's a perception that the University of Illinois system is this 800-pound gorilla that comes in to eat all the bananas and sits in the corner of the room and says, 'No, you can’t have any,' when, in fact, it is the opposite,” Jones explained. “One of the things we’ve done is our legislative agenda. It has benefitted ever other higher education institution. We are not as selfish as people believe.”

In fact, Killeen said he feels the University of Illinois does not compete with the Southern Illinois University system for students.

How is enrollment other state institutions which compete with SIU for students? To answer that, The Southern looks at university enrollments. 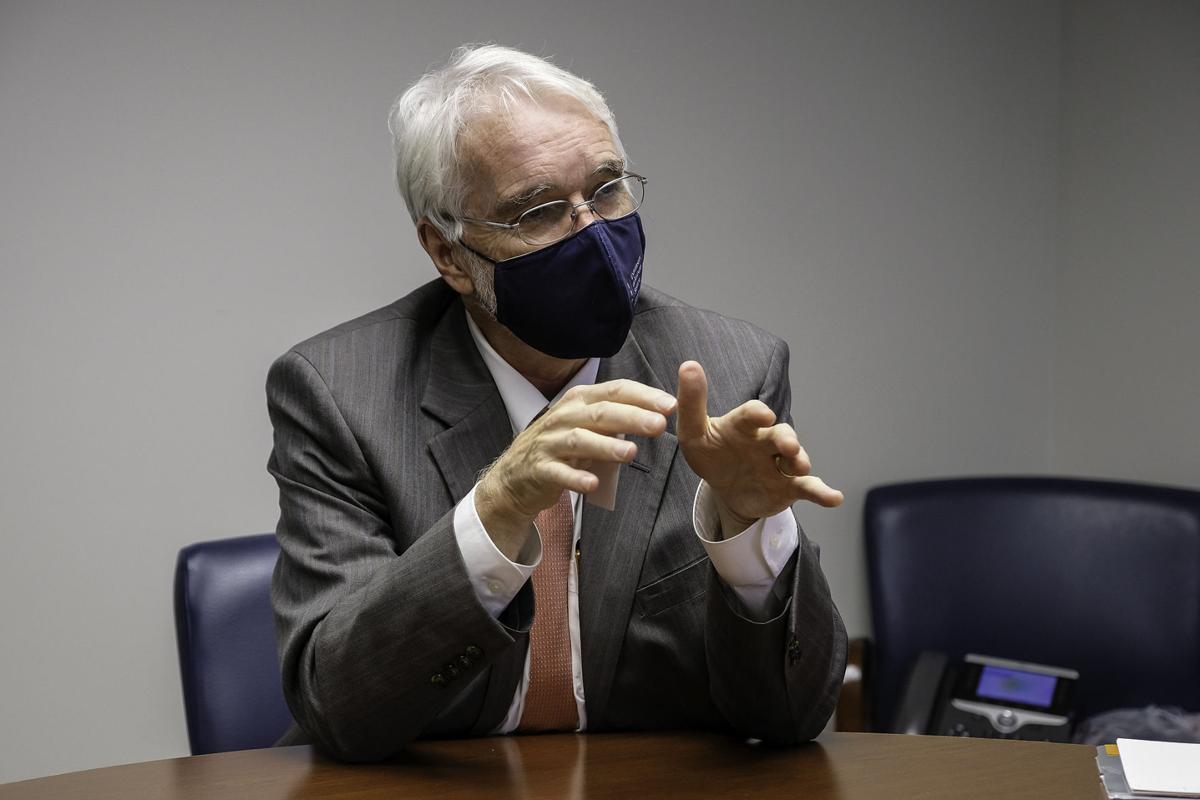 Timothy Killeen, system president for the University of Illinois, discusses the school’s connection with the Southern Illinois region during a visit to the area on Monday in Carbondale. 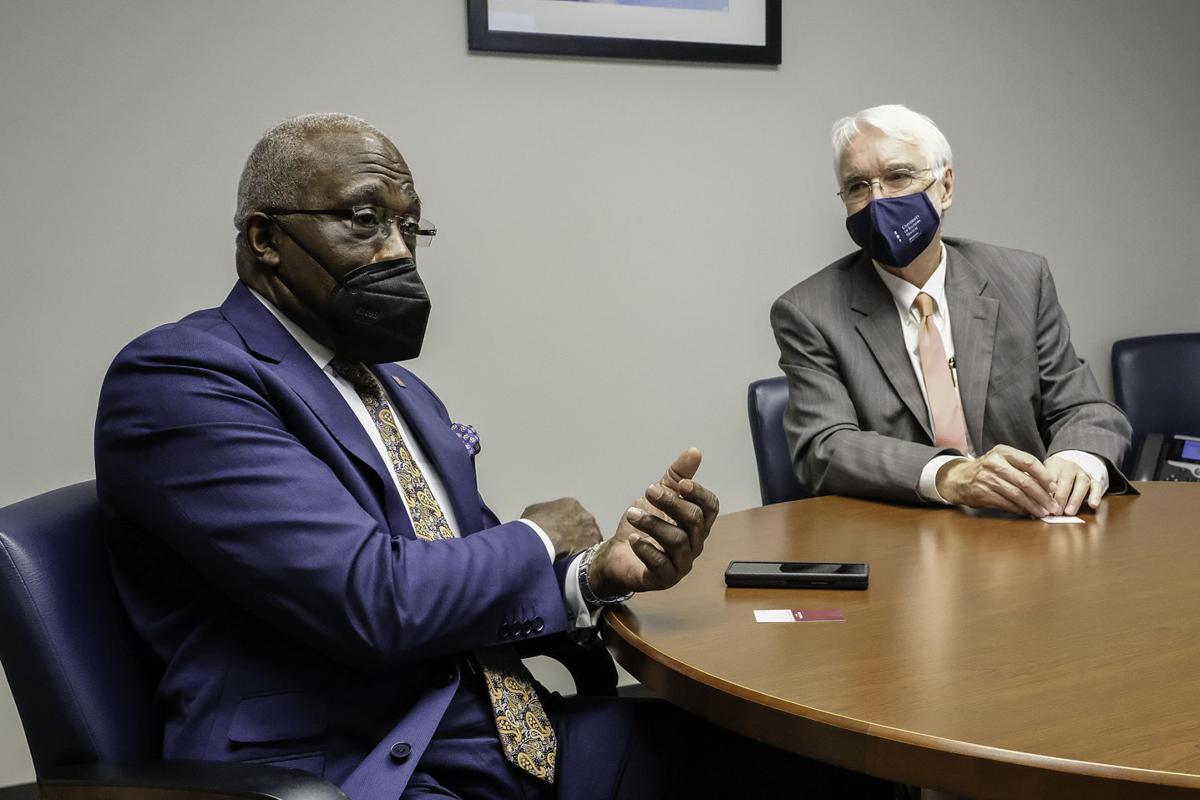 Robert James (left), chancellor at the University of Illinois-Urbana-Champaign, and UI System President Timothy Killeen talk about the school’s connection to all areas of the state during a visit to the region on Monday where they met with lawmakers, business leaders and higher education officials.