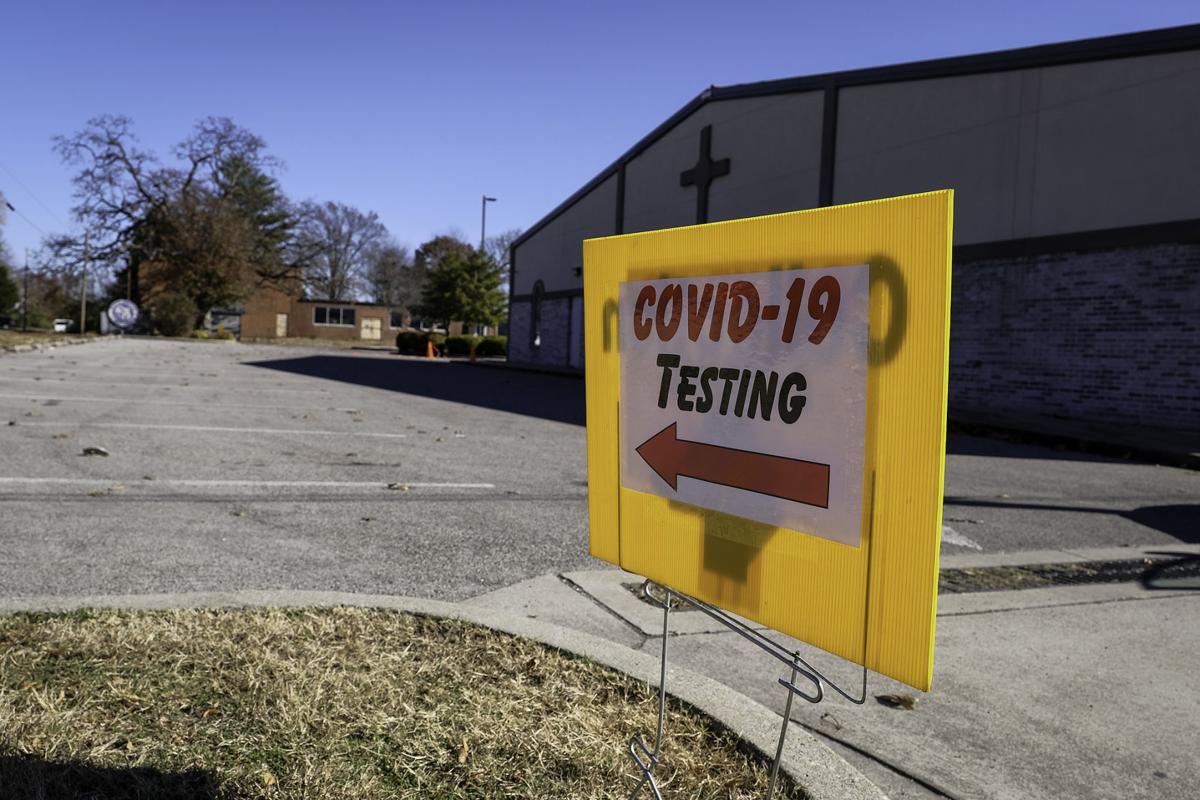 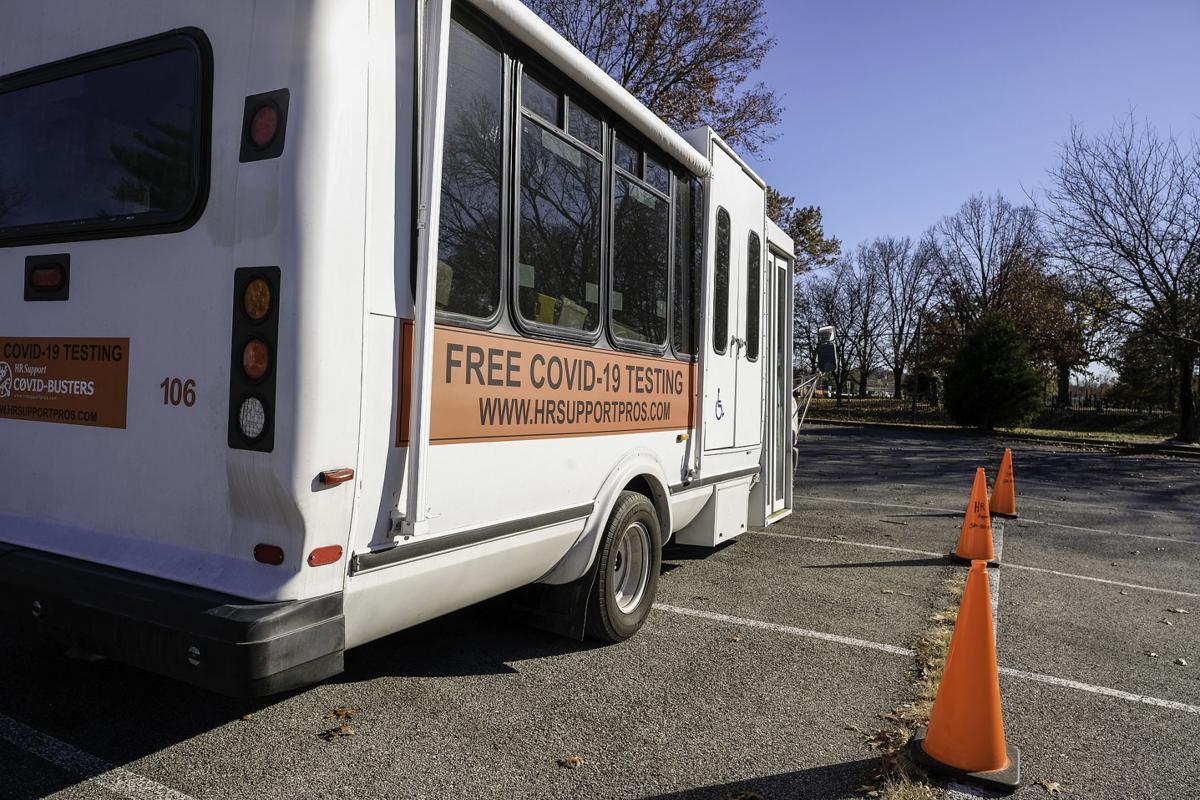 MARION — Officials say too many residents are disregarding public health guidance as Williamson County grapples with an escalating test positivity rate and death toll from the coronavirus.

“It’s people just not wanting to take it seriously. But how much more real can it get when it’s breaking records every day?” said Williamson County Commissioner Brent Gentry, who also sits on the Franklin-Williamson Bi-County Health Department’s board. Since the start of the pandemic in March, 68 COVID-19-positive Williamson County residents have died, 40 of them in the past two months.

Cases, test positivity rates, hospitalizations, ventilator usage and deaths related to COVID-19 are on the rise across all of Illinois and much of the nation. On Friday, the Illinois Department of Public Health listed all but six of Illinois' counties at a warning level for spread. In Southern Illinois, Williamson and Franklin counties’ metrics are among the most concerning of late.

Franklin-Williamson Bi-County Health Department Administrator Kevin Kaytor said much of the spread in the two counties under his agency's jurisdiction has been attributed to family and social gatherings. “If we all do our part, we can take care of this virus,” he said, stressing the importance of mask wearing, social distancing and hand washing.

On Thursday, the Jackson County Health Department issued a recommendation to school districts in its county that they consider moving to remote-only learning beginning next week until at least after Thanksgiving break. Most are following suit; Carbondale Elementary District 95 announced it is unlikely to return to in-person classes until at least after winter break that ends Jan. 1. Jackson County Health Department Administrator Bart Hagston said the recommendation letter to schools was prompted by numerous “red flags” in the regional COVID-19 data.

Kaytor said Friday he wasn’t aware of the Jackson County Health Department’s recommendation. He doesn’t anticipate making a similar recommendation absent of further guidance from the Illinois State Board of Education or and/or Department of Health. “We’re going to follow the process and stay with the data and not just shoot from the hip,” he said.

To date, Gov. J.B. Pritzker’s enhanced restrictions on parts of the state, including Southern Illinois, have largely targeted bars and restaurants, prohibiting indoor service and limiting their hours. The governor said this week it is his hope to continue to allow in-person classroom learning. Though, he also warned that stricter mitigation measures, including a stay-at-home order, could be triggered if Illinois’ COVID-19 metrics continue to move in the wrong direction.

“With every fiber of my being, I do not want us to get there. But right now, that seems like where we are heading,” Pritzker said Thursday.

School districts have the flexibility to decide whether to have on-campus classes, or go remote only. Some districts that are holding in-person classes have had to temporarily move to remote-only learning in cases where significant numbers of students, faculty and staff have been affected at one time.

Terry Ryker, superintendent of Herrin Community Unit School District No. 4, said he’s keeping a close eye on Williamson County’s metrics, and is concerned. “We are trying to do the best we can to remain open,” he said, noting schoolchildren benefit most from in-person instruction. Ryker said a total of 231 students attending in-person classes have been quarantined due to potential exposure to COVID 19, and 45 have tested positive, since the start of the school year as have numerous faculty and staff members.

Many others have had to quarantine because they were a close contact. Ryker said he does not believe schools are a primary source of spread. Officials have been diligent about mandating children wear masks and maintain their distance, he said. But students only spend part of their days there.

And with so much community spread, the pandemic has taken a toll on the district’s staffing levels. At North Side Primary Center, 16 employees are out due to having COVID-19 or being a close contact, he said. At Herrin Elementary, 20 employees are on sick leave related to COVID-19. Ryker said other faculty and staff are scrambling to cover them, but if the trend continues, he’s considering moving at least those two buildings to remote-only learning.

“In order to run the school effectively and safely we can’t be short that many people,” he said.

The district has already extended Thanksgiving break for students to include the entire week beginning Monday, Nov. 23. Teachers will use two days before the scheduled break to plan for the possibility of moving to remote-only learning for the remaining two weeks between Thanksgiving and Christmas break. Ryker said he hopes to avoid that option, but also has to be realistic about how holiday gatherings may affect spread.

“I’m afraid we’re going to have another uptick worse than it is right now,” he said.

Health officials are encouraging people not to gather for the holidays with family and friends outside their household unit. An IDPH advisory issued this week recommended that people stay home as much as possible for the next three weeks. “Even small gatherings that mix households ... can be dangerous,” the guidance stated.

Hospitals in the state’s urban centers, especially Chicago, were ravaged by the pandemic in the spring, while downstate hospitals were largely spared from crisis-level admissions. But that has changed moving into the winter. Approaching the holiday season, Southern Illinois is experiencing record-level hospitalizations related to COVID-19.

“What’s different this time around, the first surge in April and May was mainly in the Chicago region, and it’s now statewide,” said Danny Chun, spokesman for the Illinois Health and Hospital Association. “It’s hitting areas that weren’t hit before. Now, it’s hitting every area in the state.”

Southern Illinois Healthcare, which operates COVID-19 units at Carbondale Memorial and Herrin hospitals, has postponed some elective surgeries such as hip and knee replacements to handle the surge of patients coupled with its own staffing limitations with people on leave because of COVID-19 or potential exposure.

Heartland Regional Medical Center has moved to restrict visitors to its hospital in Marion and associated clinics, except in limited circumstances.

Gentry, the county commissioner, said his family has already decided not to do its traditional family gathering this year. His brother was seriously ill from COVID-19 a few months ago. It's not worth the risk to expose others, he said.

“I can tell you it should not take a family member to get sick to take this seriously,” he said.

Editor's note: This story has been corrected. It originally said 231 students in the Herrin school district have tested positive for COVID-19 since the beginning of the school year. It should have said 231 students  have been quarantined due to potential exposure to COVID-19, and 45 students have tested positive. The story also should have said 16 North Side Primary employees are out due to having COVID-19 or potential exposure. The original story said six.

Employment during COVID-19 by the numbers

A 38-year-old Pinckneyville man has died after he was hit by a car while walking along Illinois 127 Tuesday night.