Become a Member
Read Today's E-edition
Share This
Metro: Caring for the earth in bike-friendly Carbondale
0 comments
Share this 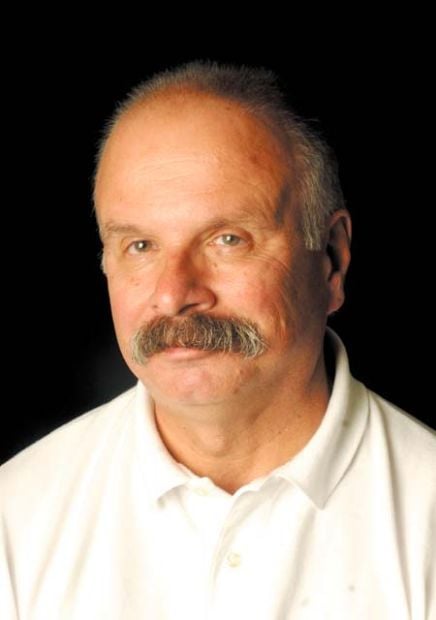 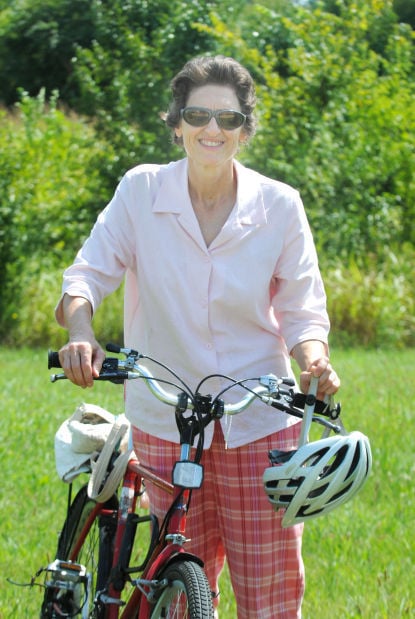 Sarah Heyer of Carbondale is this month's winner of the Golden Pen Award. She wrote an environmentally charged letter about people who let their cars idle for needlessly extended periods of time. Heyer can often be seen riding around Carbondale on her bicycle.

I was not surprised when Sarah Heyer bicycled to the newspaper office to accept her Golden Pen award for the best letter to the editor printed in July.

Her winning letter revealed sincere environmental concerns, so her choice of woman-powered green transportation seemed a good choice. It was such a beautiful day I wished there was a bike I could borrow for a spin to the nearest park.

Heyer told me what inspired her letter.

"I was walking across a parking lot with my 95-year-old mother. There was a big black truck just idling and you could see the heat pouring off it, literally," she said.

Such a sight might not be troublesome to everyone, but some think it's important to limit the environmental consequences of fuel-powered transportation whenever possible. It also doesn't make a lot of sense to waste a finite and expensive source of energy.

"I don't think people understand that 30 seconds is all it has to be to make it worthwhile to shut off your engine," Heyer said. "Do a cost/benefit analysis to see if you really need to leave your engine running."

Before Heyer went pedaling back to the Wednesday working world, she explained the journey that brought her to Carbondale. She was born in Rochester, New York, but moved with her parents to Laramie, Wyoming and graduated from high school in the Cowboy State.

She completed her undergraduate studies at Bryn Mawr College, a prestigious liberal arts school near Philadelphia. She majored in Russian, which surprised me because, face it, most college students don't major in Russian.

She came to SIU for graduate work, earning a master's degree in linguistics and a doctorate in curriculum and instruction. It's also the school where her future husband, Lee Hartman, taught as a professor of Spanish.

Heyer said she taught Russian at SIU from 1985 to 2000, when the Russian section was closed by the school. She did volunteer work for a period of time and through it, got involved in the Study Circles program in Carbondale.

Heyer now serves as the executive director of Keep Carbondale Beautiful, which focuses on litter control, waste reduction, beautification and education. She said she likes the work, "it's physical. It's independent."

Keep Carbondale Beautiful also is popular. Who would want to quarrel with an organization with such a name?

"I have no enemies, only allies," Heyer said.

Heyer said she and her husband plan to stay in Carbondale.

"A bicycle can go anywhere in Carbondale. It's a bikeable town. It's a great town," she said. "College towns are retirement destinations, so why move away?"

Gary Metro is the editor of The Southern Illinoisan. He can be reached at 618-351-5033 or gary.metro@thesouthern.com.

Voting for the Golden Pen award for July ended with Sarah Heyer of Carbondale winning for a letter discouraging motorists from letting their vehicles idle for long periods of time. Her letter collected a total of 21 online and mail votes from readers of The Southern Illinoisan and www.thesouthern.com. Runners-up letters by John S. Holmes of Ava and Gerald Hawkins of Du Quoin earned totals of 12 and 7 votes, respectively.

Metro: Don't forget those who do the right thing

Civic unrest and the almost-militarized police response in Ferguson, Missouri, have unintended consequences -- including the creation of one-d…

Sarah Heyer of Carbondale is this month's winner of the Golden Pen Award. She wrote an environmentally charged letter about people who let their cars idle for needlessly extended periods of time. Heyer can often be seen riding around Carbondale on her bicycle.