MINNEAPOLIS (AP) — Just outside the entrance to Smile Orthodontics, in a Minneapolis neighborhood of craft breweries and trendy shops, two soldiers in jungle camouflage and body armor were on watch Monday, assault rifles slung over their backs. Snow flurries blew around them. A few steps away at the Iron Door Pub, three more National Guard soldiers and a Minneapolis police officer stood out front, watching the street. A handful of other soldiers were scattered nearby, along with four camouflaged Humvees and a couple police cars.

Across the street was a boarded-up building spray-painted with big yellow letters: "BLACK LIVES MATTER ALL YEAR ROUND."

Adam Martinez was walking down the street when he briefly stopped to stare at the scene.

"This city feels like it's occupied by the military," said Martinez, a commercial painter who lives in nearby St. Paul. "This is so weird."

More than 3,000 National Guard soldiers, along with police officers, state police, sheriffs deputies and other law enforcement personnel have flooded the city in recent days, with a verdict looming in the trial of Derek Chauvin, the former police officer charged with murder in the death last year of George Floyd.

But in the city that has come to epitomize America's debate over police killings, there are places today in Minneapolis that can feel almost like a police state.

It leaves many wondering: How much is too much?

Concrete barriers, chain-link fences and barbed wire now ring parts of downtown Minneapolis so that authorities can quickly close off the courthouse where the trial is being held. It's become normal in recent days to pass convoys of desert-tan military vehicles on nearby highways, and stumble across armed men and women standing guard.

One day they'll park their armored vehicles in front of the high-end kitchen store with its $160 bread knives and $400 cooking pots. The next they'll be outside the Depression-era movie theater, or the popular Mexican grocery store or the liquor store ransacked by rioters during the protests that followed Floyd's death.

Meanwhile hundreds, and perhaps thousands, of stores and other buildings have been boarded up across the city, from Absolute Bail Bonds to glass-walled downtown office towers to Floyd's 99 Barbershop.

Behind all the security are the days of violence that began with protests over Floyd's death. Minneapolis Mayor Jacob Frey and Minnesota Governor Tim Walz faced withering criticism for not stepping in quicker to deploy the National Guard. City officials estimate the city suffered roughly $350 million in damage, mostly to commercial properties.

"They're between a rock and hard place," said Eli Silverman, professor emeritus at the John Jay College of Criminal Justice and a longtime scholar of policing. "You don't want to overmilitarize and make it appear that you've converted a sovereign state into a police state. But on the other hand, you have to be prepared, too," in case protests flare again.

More important than the size of the force, he said, is the expertise and planning behind it. Law enforcement leaders, for example, need to ensure proper crowd control training, and that officers from other jurisdictions are under a single command.

"It's not just numbers, it's the strategic decisions that are incorporated in these things," he said.

Recent history, though, hasn't been so peaceful. A little over a week ago, 20-year-old Daunte Wright, a Black man, was killed by police during a traffic stop in the Minneapolis suburb of Brooklyn Center.

Protests outside the city's police headquarters regularly spilled into violence, with protesters lobbing water bottles and the occasional rock at an array of law enforcement officers, and law enforcement responding by going after protesters - and sometimes journalists - with pepper spray, tear gas and rubber bullets.

"We know we need to do better. What happened the last few days wasn't something we wanted," Hennepin County Sheriff David Hutchinson said at the press conference. "But we had to act to keep the community safe. And I will never back down from anybody when it comes to keeping this county safe."

Many here doubt the promises of law enforcement, which has long had a troubled relationship with the city's Black community.

Burhan Israfael, a community organizer who lives in Cedar-Riverside, a Minneapolis neighborhood with one of the largest East African communities in the country, said the presence of military vehicles and armed soldiers was terrifying. He said the terror strikes particularly sharply at the city's many immigrants who fled violence for the safety of the United States.

"I don't know anybody that experienced and lived through something like that, that feels comfortable coming outside," he said. "To be faced with the violent image of somebody dressed in all that camouflage, sort of parading around those massive weapons — is unsettling for sure."

But plenty of others believe the city needs to be ready for trouble.

The Rev. Ian Bethel, a leader in the city's Black church community, sounded almost angry Monday as he spoke alongside the law enforcement officials.

"We're at a difficult time here, all of us having emotions, anxieties and stress that most of us have not been able yet to express in a proper way," he said. "But let me make this clear: One way you do not express whatever you got tied up in you is through violence."

On Monday afternoon, soon after lawyers' closing arguments and the Chauvin case going to the jury, about 300 protesters marched outside the courthouse.

The families of more than 65 million children will start receiving enhanced child tax credit monthly payments of up to $300 on July 15, the Biden administration announced Monday.

The CDC on Thursday will ease indoor mask-wearing guidance for fully vaccinated people, allowing them to safely stop wearing masks inside in many instances.

Police said a Dunkin' store employee fatally punched a 77-year-old customer in Florida after the employee said the man repeatedly used a racial slur against him.

Masks come off in 'great day for America'; Palestinian families flee Israeli bombardment; WNBA is back

The Colonial Pipeline, which provides nearly half the gasoline and diesel consumed by the East Coast, has begun resuming operations, but the process will take several days.

AT&T will combine its massive media operations that include CNN HBO, TNT and TBS in a $43 billion deal with Discovery, the owner of networks including the Food Network and HGTV.

Rombauer romped to an upset victory in the Preakness on Saturday, denying Kentucky Derby winner Medina Spirit the chance at a Triple Crown.

Q&A: The Supreme Court took a major abortion case. What are the implications?

The U.S. Supreme Court agreed Monday to decide a major abortion case that could eventually lead to dramatic restrictions on abortion access. Here are some questions and answers about the case. 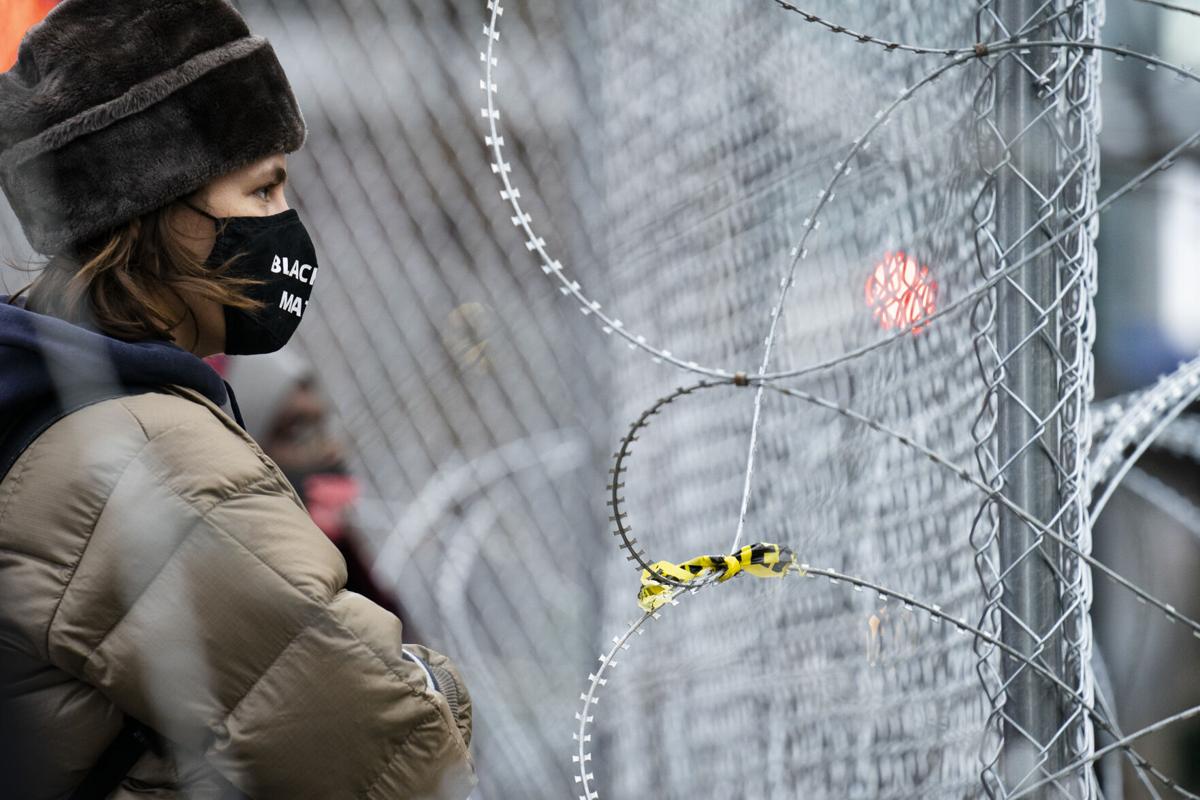 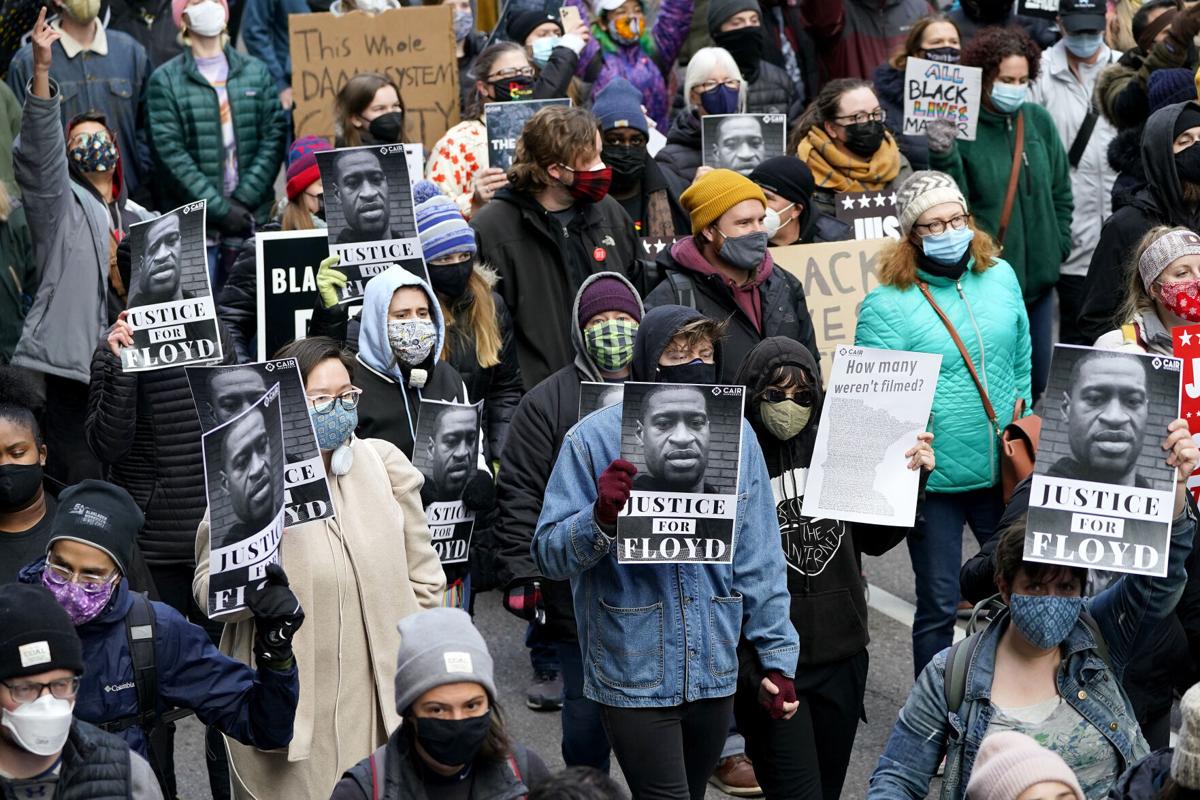 People hold signs as they march near the Hennepin County Government Center during a rally in Minneapolis on Monday, April 19, 2021, after the murder trial against former Minneapolis police Officer Derek Chauvin advanced to jury deliberations. (AP Photo/Julio Cortez)