Law enforcement agencies across the country experienced a wave of retirements and departures and are struggling to recruit the next generation of police officers in the year since George Floyd was killed by a cop.

And amid the national reckoning on policing, communities are questioning who should become a police officer today.

Mass protests and calls for reforming or defunding the police, as well as the coronavirus pandemic, took their toll on officer morale. The rate of retirements at some departments rose 45% compared with the previous year, according to new research on nearly 200 law enforcement agencies conducted by the Washington-based Police Executive Research Forum and provided to The Associated Press. At the same time, hiring slowed by 5%, the group found.

The wave comes as local lawmakers have pledged to enact reforms — such as ending the policies that give officers immunity for their actions while on-duty — and say they're committed to reshaping policing in the 21st century. And recruiters are increasingly looking for a different kind of recruit to join embattled departments.

Years ago, a candidate's qualifications might be centered around his — yes, his — brawn. Now, police departments say they are seeking recruits who can use their brain. And they want those future officers to represent their communities.

But the climate today, coupled with increases in crime in some cities, is creating what Chuck Wexler, the head of the Police Executive Research Forum, called a "combustible mixture."

It's creating "a crisis on the horizon for police chiefs when they look at the resources they need, especially during a period when we're seeing an increase in murders and shootings," Wexler said. "It's a wake-up call."

The data from Wexler's organization represents a fraction of the more than 18,000 law enforcement agencies nationwide and is not representative of all departments. But it's one of the few efforts to examine police hiring and retention and compare it with the time before Floyd's killing in Minneapolis on May 25, 2020. Former officer Derek Chauvin, who pressed his knee on Floyd's neck while Floyd was handcuffed behind his back, was convicted of murder and is awaiting sentencing.

By comparison, the changing public attitude on policing is well documented. In the past year, as many as half of American adults believed police violence against the public is a "very" or "extremely" serious problem, according to one poll conducted by The Associated Press-NORC Center for Public Affairs Research.

"It's hard to recruit the very people who see police as an opposition," said Lynda R. Williams, president of the National Organization of Black Law Enforcement Executives, who previously worked on recruitment efforts for the Secret Service.

Bryant knows firsthand. In the weeks after Floyd's death, a white officer, Garrett Rolfe, shot and killed Rayshard Brooks, a Black man, in the parking lot of a Wendy's.

In quick succession, Rolfe was fired, the chief resigned and the local district attorney announced charges, including felony murder, against Rolfe — a rare step in police shootings. Some cops left the force, which currently has about 1,560 officers — about 63% of the force is Black, 29% white and 5% Latino.

Then came the "Blue Flu" — when a high number of police officers called out sick in protest. Bryant, then the department's interim chief, acknowledged that it had occurred in Atlanta after Rolfe was charged.

"Some are angry. Some are fearful. Some are confused on what we do in this space. Some may feel a bit abandoned," Bryant said last summer in an interview at the height of the crisis.

But it hasn't shaken the resolve of some, like Kaley Garced, a hairdresser-turned-police officer in Baltimore who graduated from the academy last August. Despite the protests and attitudes toward law enforcement, she stayed with her career choice with a plan to interact with residents.

"Earning their trust" leads to better policing, she said. Citizens who trust officers will not be afraid to "call upon you on their worst day" and ask for help.

Williams said she believes the next generation of law enforcement will bring a new outlook and move the profession forward by making departments more diverse and inclusive.

"They are the change that they want to see," Williams said.

Recruitment is still a challenge. In some cities like Philadelphia, departments are spending more time scouring a candidate's social media to hunt for possible biases. In others, pay disparities — a longtime problem — still exist, making it difficult to attract would-be officers and keep newly trained recruits when a neighboring jurisdiction offers more money and benefits.

In Dallas, city leaders spent much of the last decade struggling to draw candidates and stem the outflow of officers frustrated by low pay and the near collapse of their pension fund.

Despite those efforts, the force now stands at about 3,100 officers — down from more than 3,300 in 2015 — a loss at a time when the city's population has grown to more than 1.3 million. The force is about 44% white, 26% Black and 26% Latino. This means officers handle more calls and detectives more cases, all amid increased racial tension.

In 2016, five officers were killed in Dallas by a sniper who was seeking revenge for police shootings elsewhere that killed or wounded Black men. Two years later, an off-duty officer fatally shot her neighbor in his home. She was fired and later was sentenced to a decade in prison for murder.

Mike Mata, president of the Dallas Police Association, said the national political climate and local pay and pension issues have been compounding challenges to hiring in Dallas.

In 2019, however, a consulting firm Dallas hired to review its department found that it needed not simply more officers but also a "realignment of strategy, goals, mission, and tactics." That finding rings true to Changa Higgins, a longtime community organizer.

In Los Angeles, the department is fighting against a decadelong image of scandal and racial strife from the Watts riots in 1965 to the bloodshed in 1992 after a Simi Valley jury's acquittal of officers who brutally beat motorist Rodney King.

Capt. Aaron McCraney, head of the Recruitment and Employment Division, and Chief Michel Moore ticked off the issues facing the 48 new recruits — more than half of whom were women — last year, noting that the pandemic, civil unrest and economic uncertainty were just some of the challenges the new officers would face.

A history of police violence in America

1877: Protesters and law enforcement clash in the Great Railroad Strike

Sept. 10, 1897: Immigrant miners are attacked in the Lattimer massacre

1904: Parchman Farm in Mississippi shifts from plantation to prison

1882–1968: Lack of law enforcement and government intervention during lynchings and murders

1956: COINTELPRO is founded to monitor radicals and activists

1960s: Rising militarization of police forces around the US

1967: Newark race riot begins due to injuries inflicted by police on John Smith

1967: Federal Kerner Commission admits that ‘police action’ is the cause of urban rebellions of 1960s

2014: Tamir Rice, Eric Garner, and Michael Brown all die at the hands of police

Nov. 28, 2014: UN Committee against Torture condemns police brutality and excessive use of force by law enforcement in the US

July 13, 2015: Sandra Bland is found dead after being arrested during a traffic stop

May 2020: Deaths of Breonna Taylor and George Floyd reignite worldwide protests against police brutality and racism

US has recovered ransom payment made after pipeline hack

The Justice Department has recovered most of a multimillion-dollar ransom payment to hackers after a cyberattack caused the nation's largest fuel pipeline to halt operations last month.

A unanimous Supreme Court ruled Monday that thousands of people living in the U.S. for humanitarian reasons are ineligible to apply to become permanent residents.

Jeff Bezos announced Monday he will fly to space on the first crewed flight of the New Shepard, the rocket ship made by his space company, Blue Origin.

Swaths of internet down after outage at cloud company

Numerous websites, including the New York Times, CNN and Twitch, were unavailable Tuesday after an apparent widespread outage at the cloud service company Fastly.

The partially built line was planned to transport crude from the oil sand fields of western Canada to Steele City, Nebraska. Plus: How this rural pipeline became a national climate battleground.

A Senate investigation of the Jan. 6 insurrection at the U.S. Capitol has uncovered broad government, military and law enforcement missteps before the violent attack.

Rash of mass shootings stirs US fears going into summer

Two were killed and at least 30 hurt in overnight mass shootings in three states, stoking concerns a gun violence spike could continue into the summer.

The DOJ under Trump seized records from House Dems; Netanyahu lashes out as rule nears end; Florida supermarket shooting. Plus, the weekend forecast, birthdays and more. 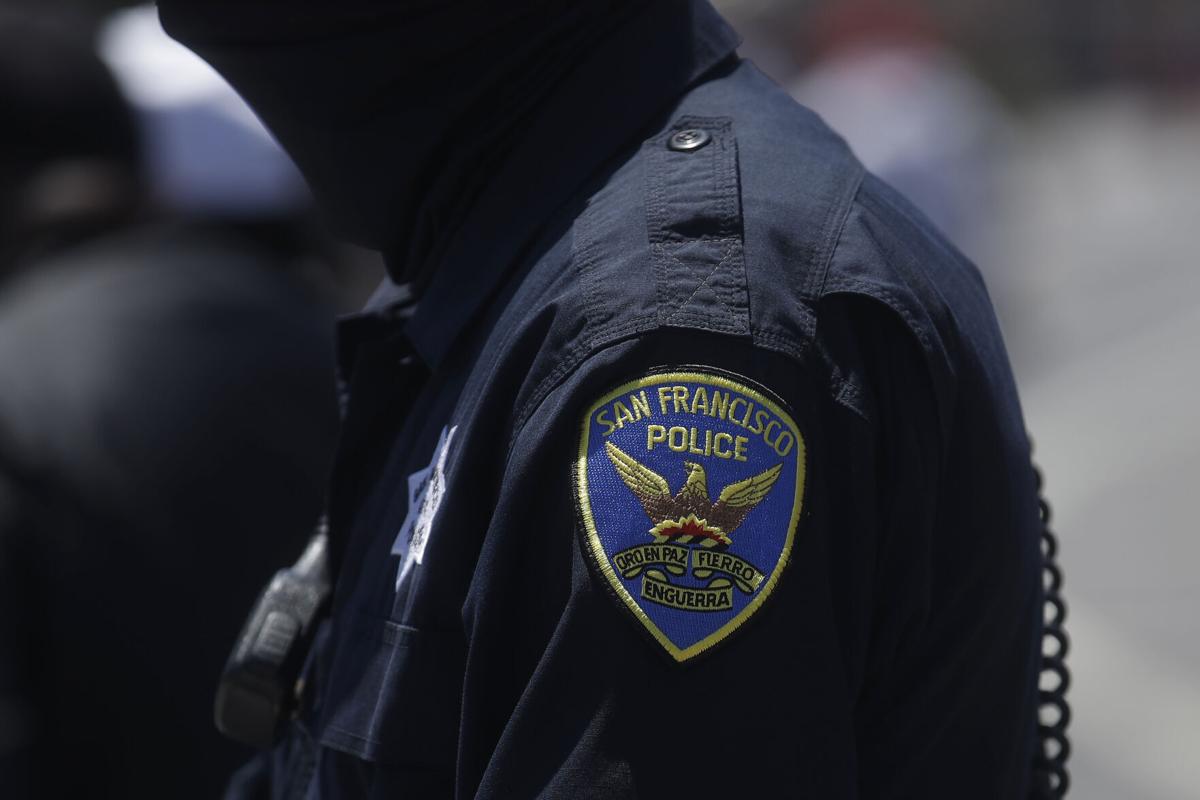 In this July 7, 2020, file photo a San Francisco Police Department patch is shown on an officer's uniform in San Francisco. 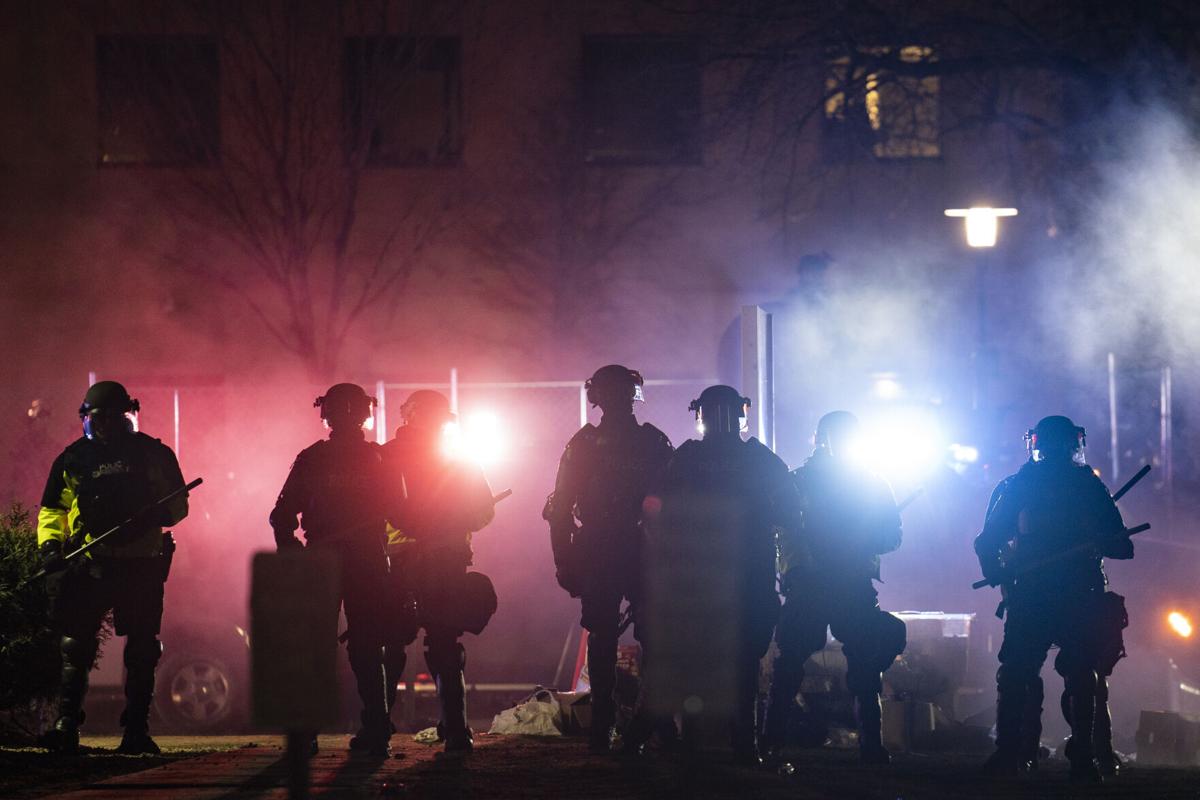 FILE - In this April 14, 2021, file photo law enforcement officers clear an area of demonstrators during a protest over Sunday's fatal shooting of Daunte Wright during a traffic stop, outside the Brooklyn Center Police Department in Brooklyn Center, Minn. 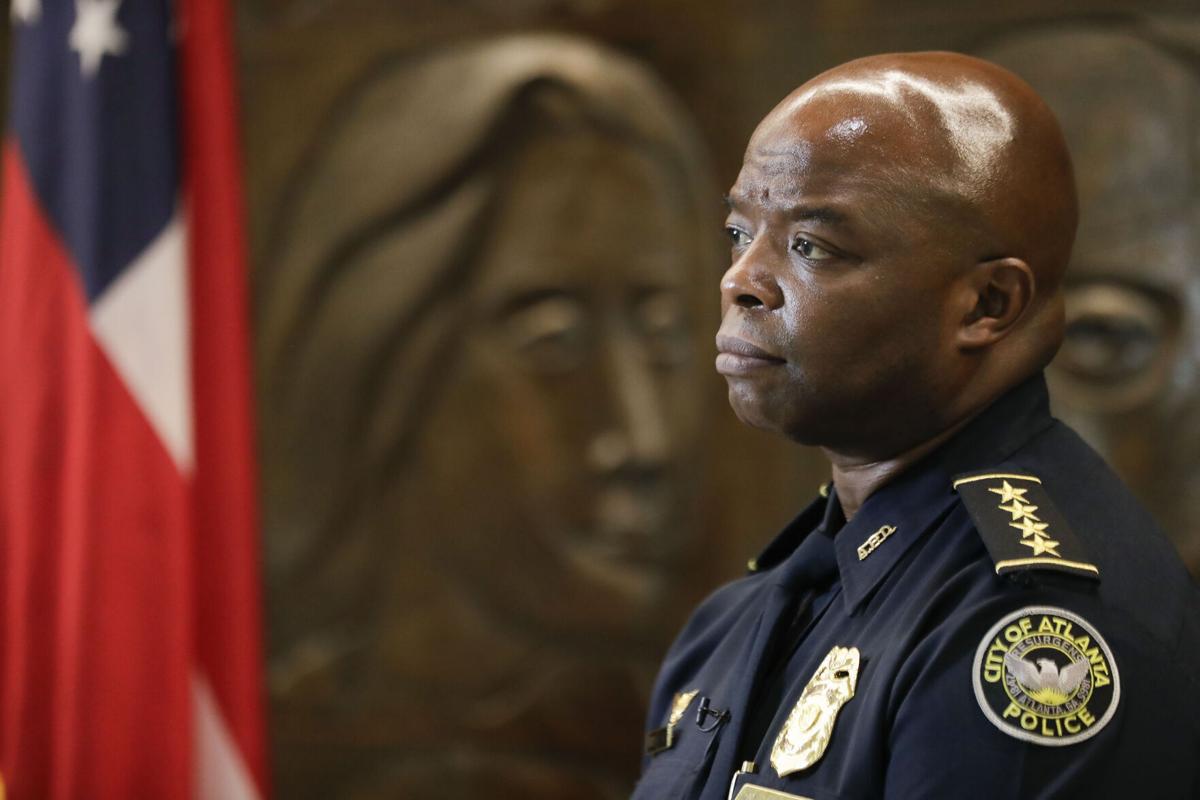