These non-virus headlines are in the news this morning: Comedian and former 'Seinfeld' actor Jerry Stiller dies at 92; Georgia's attorney general calls on the US Department of Justice to investigate the handling the of Ahmaud Arbery case; and an Iranian friendly fire missile strike kills 19.

Read on for these stories and more.

Comedy veteran Jerry Stiller, who launched his career opposite wife Anne Meara in the 1950s and reemerged four decades later as the hysterically high-strung Frank Costanza on the smash television show “Seinfeld,” died at 92, his son Ben Stiller announced Monday.

He died of natural causes, his son — a comedy star himself — said in a tweet.

Jerry Stiller was a multi-talented performer who appeared in an assortment of movies, playing Walter Matthau’s police sidekick in the thriller “The Taking of Pelham One Two Three” and Divine’s husband Wilbur Turnblad in John Waters’ twisted comedy “Hairspray.” Read the full story here:

Georgia's attorney general on Sunday asked the U.S. Department of Justice to investigate the handling of the killing of Ahmaud Arbery, a black man who authorities say died at the hands of two white men as he ran through a neighborhood.

Arbery was shot and killed Feb. 23. No arrests were made until this month after national outrage over the case swelled when video surfaced that appeared to show the shooting.

An Iranian missile fired during a training exercise in the Gulf of Oman struck a support vessel near its target, killing 19 Iranian sailors and wounding 15, Iran’s military and state media said Monday, amid heightened tensions between Tehran and Washington.

The statement significantly raised the death toll in Sunday’s incident from what was reported just hours earlier, when Iran’s state media said at least one sailor was killed. Read the full story here:

Click on the links below for full versions of these stories and scroll further for trending stories, a look at today in history and celebrity birthdays.

A roll call of notable people who have died so far in 2020:

Photos: Take a look inside a few celebrity-owned homes

A guide to picking, storing and eating spring fruit

Coronavirus and your money: What to keep in mind with credit card bill payments and more

Image of the day

Today in history: May 11

During World War II, U.S. forces landed on the Aleutian island of Attu, the Americans took the island 19 days later, and more events that happ…

Today in sports history: Max Scherzer strikes out 20 to match MLB mark in 2016. Watch it here.

Here's a look back at sports happenings on this date in history, May 11:

The crew, including correspondent Omar Jimenez, were handcuffed and detained as Jimenez gave a live report on a Minneapolis street this morning.

Some things to know today that aren't related to the coronavirus pandemic.

Complete coverage of Thursday night's protests in Minneapolis and other demonstrations that have flared up across the country in the wake of George Floyd's death. Get caught up on this and other non-virus news this morning.

American cities were engulfed in more violence and destruction that overshadowed peaceful protests Monday night, hours after President Trump threatened to use military force against U.S. protesters. Get caught up on all of the overnight developments.

An autopsy commissioned for George Floyd’s family found that he died of asphyxiation. The report differs from the official autopsy as described in a criminal complaint against the officer.

Complete coverage of Friday's events in the aftermath of George Floyd's death while in police custody. Plus other headlines in the news this Saturday morning.

Baskin, who owns an animal sanctuary in Florida, had for years been a vocal critic of Maldonado-Passage's animal park, a feud that escalated into a court battle.

Jennie Stejna, 103, was the first in her nursing home to test positive for coronavirus — and the first to recover. So she celebrated with a cold one.

A day of peaceful protests across the country turned into chaos overnight as unrest stretched into a sixth night following the death of George Floyd. Here are the latest developments, including photos and video from Sunday night.

The Minneapolis police officer who was seen on video kneeling on the neck of George Floyd was arrested Friday and charged with murder. 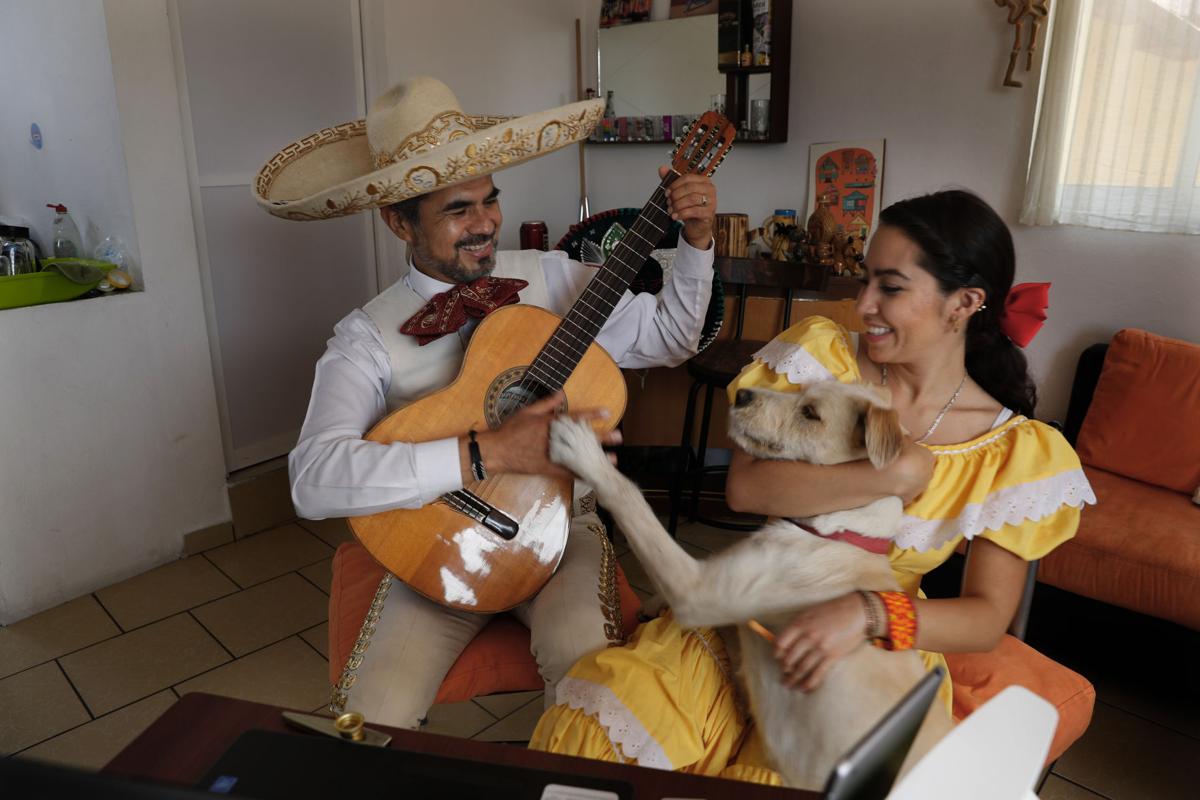 The Mariachi Duo Villa Maria, Sergio Carpio, left, and Melissa Villar, accompanied by their dog Güiro, perform via the internet for a client during mothers’ day, from their apartment in Mexico City, Sunday, May 10, 2020. The duo is performing Mariachi serenades remotely as a way to circumvent the collapse of their livelihood caused by the new coronavirus pandemic lockdown. The duo charges the equivlant of $30 per serenade that can be payed to their bank account via direct deposit. (AP Photo/Marco Ugarte) 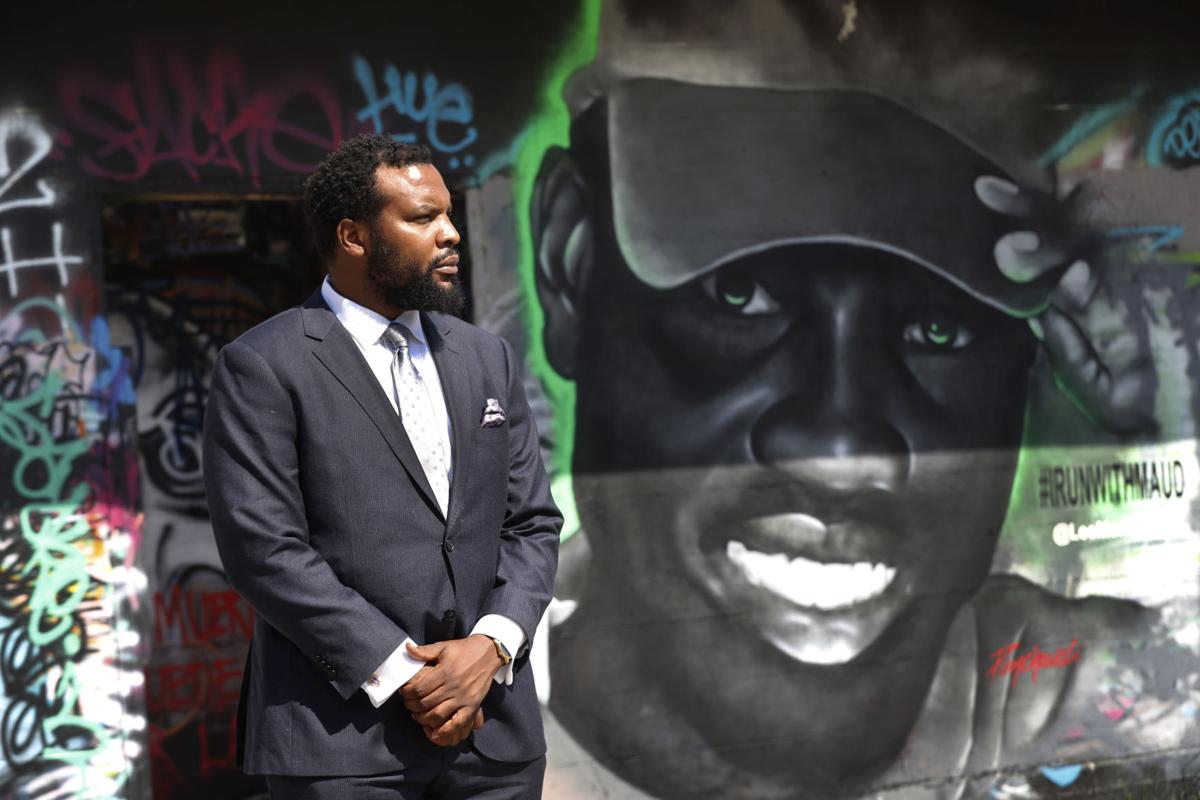 Lee Merritt, a lawyer representing the family of Ahmaud Arbery, poses for a photo by a mural in the likeness of Arbery painted by artist Theo Ponchaveli in Dallas, Saturday, May 9, 2020. 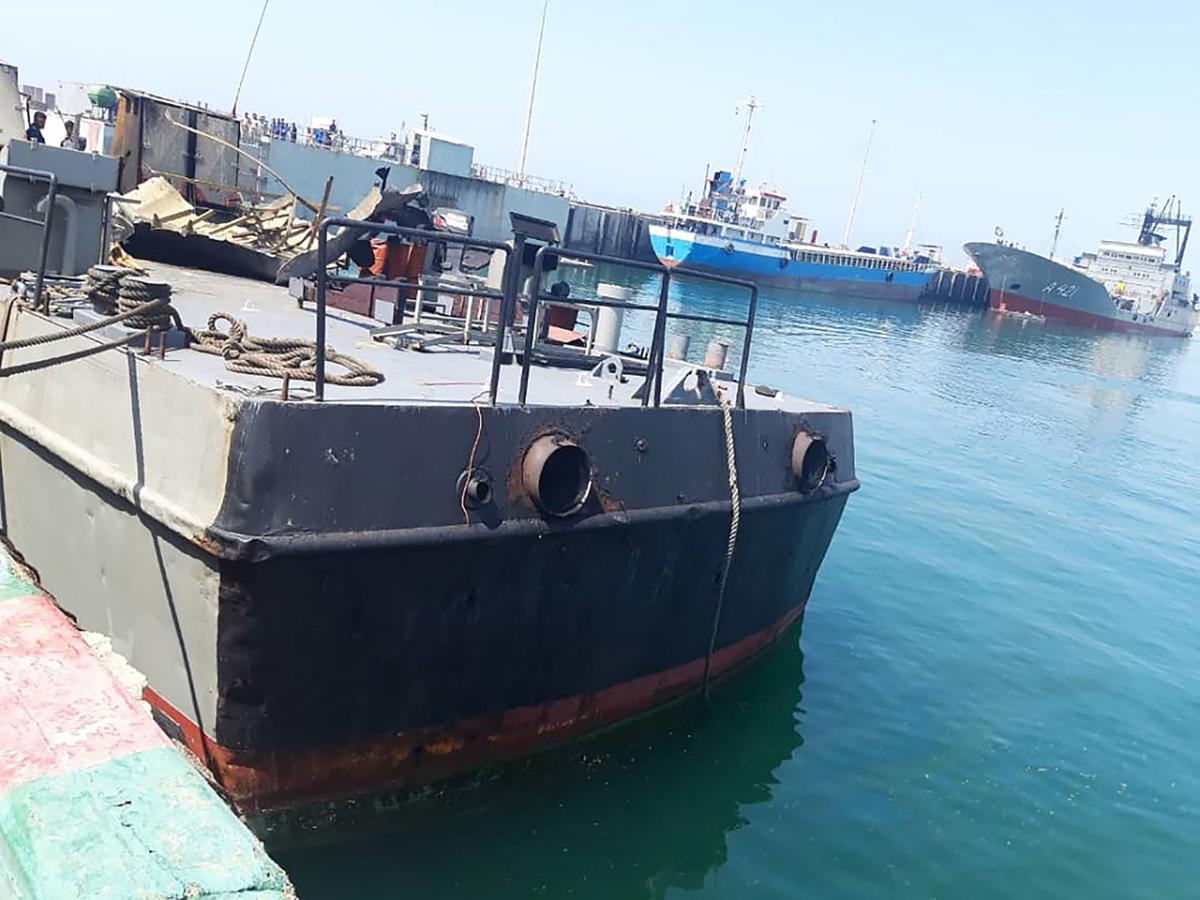 In this photo provided Monday, May 11, 2020, by the Iranian Army, the Konarak support vessel which was struck during a training exercise in the Gulf of Oman, is docked in an unidentified naval base in Iran.