Become a Member
Read Today's E-edition
Share This
Phillips: Letting someone else tell the story
2 comments
Share this
1 of 2 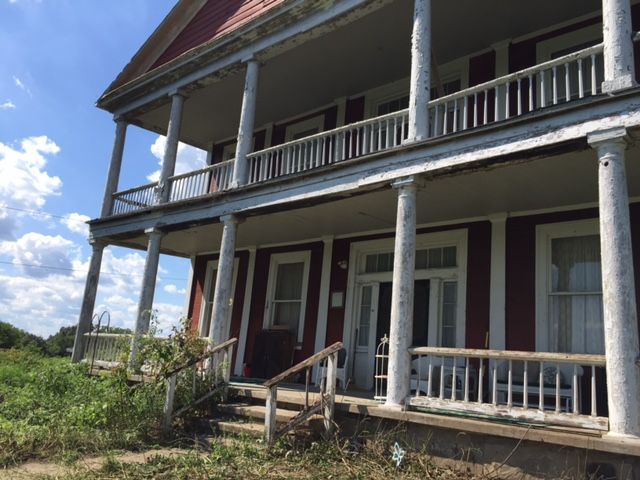 The Crenshaw House, also called the Old Slave House, is located near Equality. 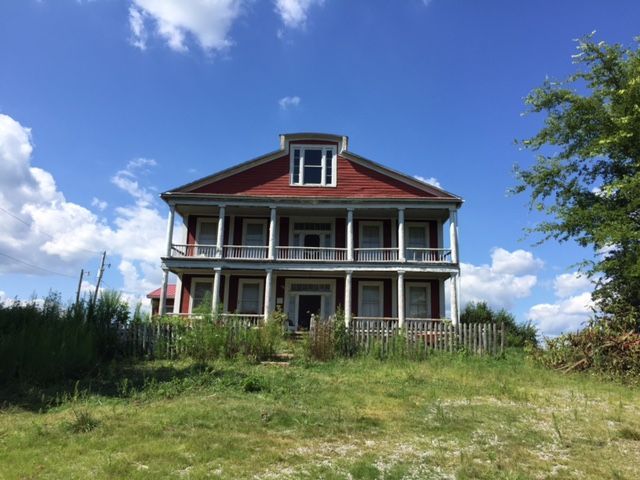 Autumn Phillips From the Editor

I tried to learn something about Southern Illinois history this week, and was surprised to find how difficult it was. I visited two historic sites -- the Mound City Marine Ways where the Eads ironclads USS Cairo and USS Mound City were built, and the Crenshaw House outside of Equality.

I heard the stories of the ironclads long before I moved here and it was one of the sites I've had on my must-visit list since I arrived. So, I was surprised to find myself at the site, wondering if I was in the right place.

There's a historic marker at the corner of Fourth and Main, about a block from the Mound City National Cemetery. The cemetery is a beautiful, well-tended monument to the past -- white headstones marking the graves of veterans from the Spanish American War in the same row as veterans from the Vietnam War, not far from Civil War soldiers from both sides and 2,400 unknown soldiers buried there.

The Marine Ways marker said the shipyard was 400 yards to the south. I turned into a neighborhood. A woman was on her porch enjoying the first smoke of the day. Men were leaning on the mirror of a friend's pickup deep in conversation. They barely glanced up as I drove by and I wondered how often people wander into this neighborhood looking for some evidence of the past.

I drove through the open flood wall and over the railroad tracks. Beyond the tracks was the river. And that was it. Tall grass and piles of driftwood and trash that had been washed by the river.

I saw some broken brown concrete and rusty rings. Was this it? Directions I saw on a Missouri Civil War website said, "Look under the weeds to see the many rails which between about 1854 and 1870 could hoist 20 to 25 ships at once out of the (river) for construction or repairs."

It's hard to look at an etching of a spot on a river 150 years later and recognize landmarks. Nothing about a river remains the same -- years of bending, dredging, flooding, emptying out and washing away.

I drove away a little disappointed and very confused. This wasn't a place for tourists. There was no story left behind. If you want to know more about the Southern Illinois ironclads, go to Vicksburg, Mississippi, where the restored USS Cairo is on display. It's a story for someone else from somewhere else to tell now, I guess.

I've been thinking a lot about historic preservation this week and wondering whose responsibility it should be. Right now, for the most part, we rely on the state or federal government to keep sites in good shape, curated and open to the public. But when it's time for budget cuts, historic preservation funds are often the first to go. At the same time, you don't want someone with an agenda -- even if that agenda is simply profit -- to control or distort the historic narrative. That's why you want professional archaeologists and historians piecing together the puzzle of the past with evidence and documentation.

The Crenshaw House -- that many call the Old Slave House -- is a good example of this issue. I visited the house this week with staff members of the Illinois Historic Preservation Agency. According to a blog post by historian Jon Musgrave, the site was closed to the public on Oct. 31, 1996. The state acquired it in 2000 and it has remained closed ever since, for lack of funds to restore and reopen it, and for concern that the story to be told there isn't fully vetted by research. History is shaped as it is retold and passed down, partly because we need the narrative to be simple and neatly packaged. That packaging sometimes changes the truth and the agency wants to make sure it has its facts straight.

The Crenshaw House is part of this year's capital request from the agency, but they believe it will take $6 million to $7 million to bring it back to its original condition and ready for the public. But there are other historic sites that need repair and the slave house isn't at the top of the list. And, maybe you've heard there are some issues with the Illinois budget.

A caretaker lives in the house to protect it from vandals and trespassers. The grass has grown up. The paint is peeling. The porch railings are a set of broken and breaking teeth. There are issues with the roof and the second floor porch isn't safe to walk on. The plaster of the top floor has broken away from the lath. Someone nailed chicken wire over it years ago and for more than 100 years, people carved or wrote their names on the walls.

As time passes, it becomes harder and harder to imagine what happened there -- at both sites I visited this week. Southern Illinois has an incredible history. But it's been surprising to see how difficult it often is to find a record of it, except in books and museums far from here.

Autumn Phillips is editor of The Southern Illinoisan and Thesouthern.com. 618-351-5033; autumn.phillips@thesouthern.com; on Twitter @autumnedit.

MARION — A local history enthusiast who has written, co-authored or edited books on Williamson County’s violent past is now venturing into fic…

Phillips: See you next Wednesday

A couple sat in the crook at the end of an L-shaped bar. They had the best seats in the house if you wanted to be in the middle of everything.…

The sign reads, "This garden box kills fascists." It's a purple box what otherwise looks like a vacant lot right in the middle of downtown Car…

There's a spot on Devils Kitchen Lake that never changes, no matter the season. I noticed it from far away during a mid-afternoon hatch. Dozen…

In July, my first flock of backyard chickens disappeared in the middle of the night in a flurry of teeth and claws and by morning all that was…

Phillips: Leave all this behind?

They say fresh eggs taste better than the ones you buy in the store.

Phillips: What does the God question say about us?

Phillips: A raccoon in the henhouse

I always stop at the big silver tub of chicks when they show up in the spring at feed stores. I see the sign, "Don't touch the chicks." And I don't.

The Crenshaw House, also called the Old Slave House, is located near Equality. 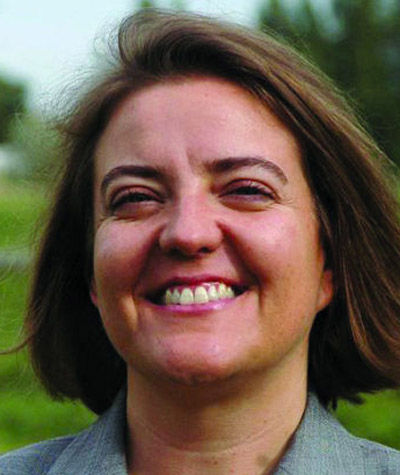