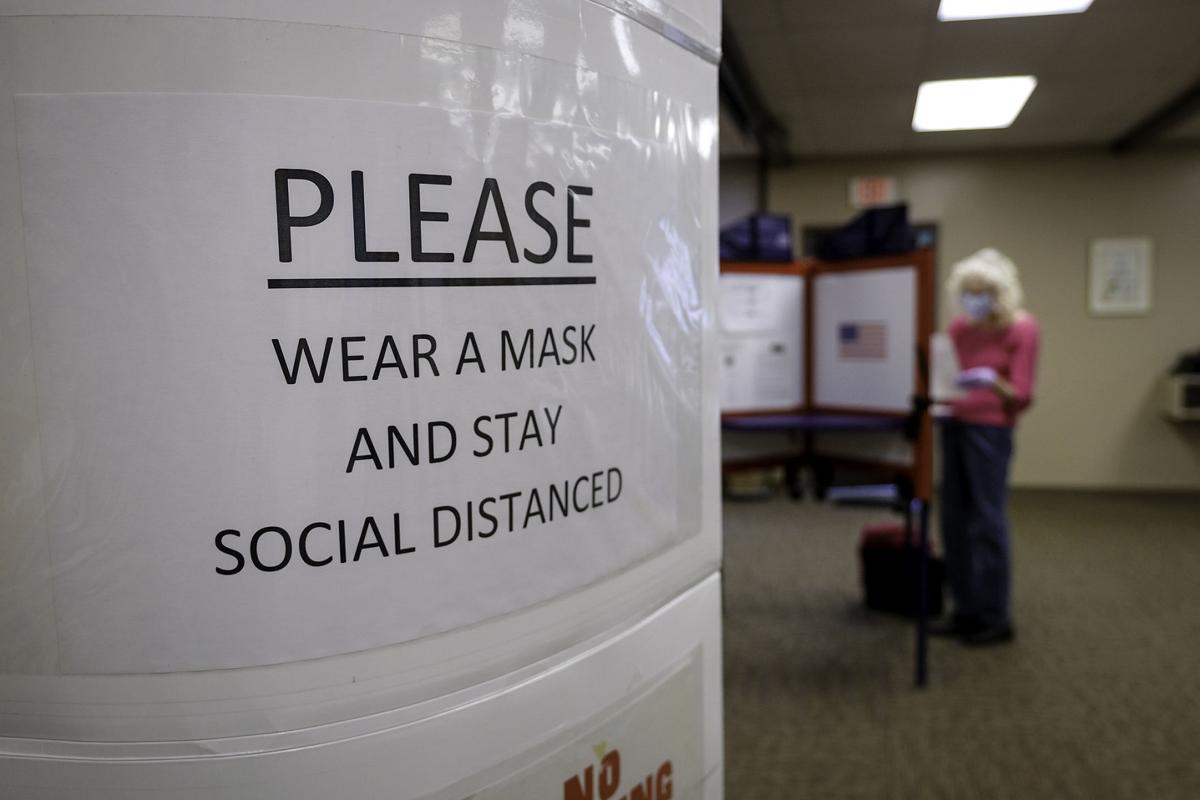 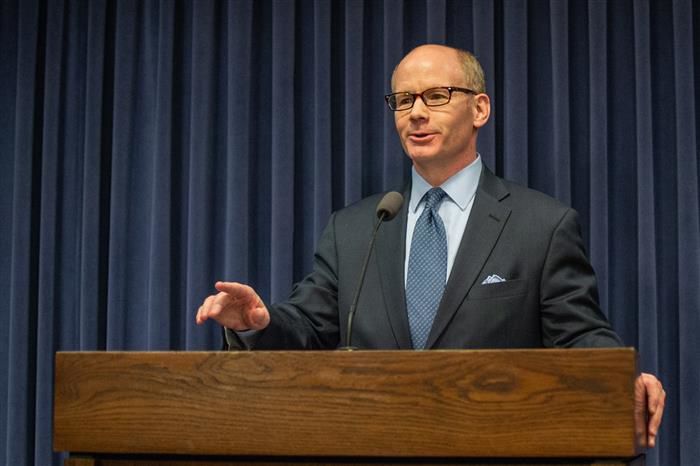 Senate President Don Harmon, D-Oak Park, is pictured here during a news conference in January at the Capitol in Springfield.

SPRINGFIELD — Republicans made a net gain of one seat in the Illinois House while losing one in the state Senate, according to certified official results from the Nov. 3 general election.

Friday was the deadline for the Illinois State Board of Elections to complete its statewide canvass of the election. Just under 6.1 million ballots were cast in the election for a turnout rate of 72.92%, which was about average for recent presidential elections.

In the Senate, Democrat Karina Villa edged out Republican Jeanette ward, 51% to 49%, in a race to fill a seat vacated by Republican Sen. Jim Oberweis, who stepped down this year to run for Congress.

Oberweis narrowly lost that congressional race, 51% 49%, to incumbent Democratic U.S. Rep. Lauren Underwood, although Oberweis has said he will ask for what’s known as a “discovery” recount.

“The votes in this race have been counted and Mr. Oberweis lost,” Underwood’s campaign spokeswoman said in a statement Friday. “As he has acknowledged, a discovery recount cannot change the outcome of this election. Congresswoman Underwood is in Washington focused on the job she has been elected to do."

Late Thursday, Democrats announced that Sen. Don Harmon, D-Oak Park, had been reelected to a full term as president of the Senate. Harmon was first elected to that job in January to fill out the remainder of the two-year leadership term that was vacated when former President John Cullerton retired at the end of the 2019 session.

“I am honored and humbled to have the support of my colleagues to serve as president of the Illinois Senate,” Harmon said in a statement. “We have a fantastically talented collection of Senate Democrats who are ready to make their mark, solve problems and lead Illinois through an upcoming year that will be filled with both challenges and accomplishments.”

Other Senate leadership posts will be chosen after the new General Assembly is sworn into office in January.

On the House side, however, the contest for speaker could become a hotly contested battle. Current Speaker Michael Madigan, D-Chicago, has been embroiled in scandal since being implicated in July in a bribery scheme involving utility giant Commonwealth Edison.

Although he has not been charged with a crime and has denied wrongdoing, at least 19 Democrats in the House have publicly stated they will not vote to reelect him as speaker, meaning he does not currently have the 60 votes needed to win the election. Rep. Stephanie Kifowit, D-Oswego, is the only other person to announce that she will seek the position.

Both Madigan and Kifowit were expected to speak at a virtual meeting of the House Black Caucus on Saturday, according to a report in the Chicago Tribune. That caucus is considered critical to anyone’s chances of winning the speaker’s race.

The state’s electors are scheduled to meet in Springfield at 10 a.m. Monday, Dec. 14, to formally cast their ballots.

Search for missing crew to be suspended

Search for missing crew to be suspended

A Ronald Reagan bobblehead and paper doll books of Ronald and Nancy Reagan are among items in the new museum display.

Will vaccine passports come to Illinois?

Several private companies have started developing vaccine passport apps that can be downloaded on smartphones. And in late March, New York became the first state to launch a free, voluntary vaccine passport available to all the state’s residents.

FedEx prohibits employees from having their phones with them while they are working, a policy that came under scrutiny in aftermath of a mass shooting at one of the company's Indianapolis facilities.

The once-a-decade redistricting process can be best summed up like this: "unlike anything the legislature deals with."

The economy and wildlife are both stimulated by the annual fish releases. "There’s a buffet coming in the water right now,” said Ron Wesley, president of Salmon Unlimited.

Mayors of five Midwestern cities are urging the federal government to "deliver an American passenger rail network as a top priority in infrastructure investment," as part of President Joe Biden's $2 trillion infrastructure plan.

The Illinois State Police has given another 150-day extension to people whose Firearms Owners Identification cards or Concealed Carry Licenses have expired due to a backlog in processing renewal applications.

Gov. J.B. Pritzker said Monday he would activate 125 personnel from the Illinois National Guard to support the Chicago Police Department with a verdict expected in the trial of former Minneapolis Police Officer Derek Chauvin.

Senate President Don Harmon, D-Oak Park, is pictured here during a news conference in January at the Capitol in Springfield.