A building is not, of course, a living thing.

Unless it is the place you live or work or visit with some regularity, you likely take most of the city’s thousands of buildings for granted. Of course, there are exceptions, a few buildings that you might point out to visiting friends from out of town. Wrigley Field, the Water Tower, the John Hancock Center and Sears Tower (no matter what they are now formally called), and Museum of Science and Industry come quickly to mind on that score. There are the ones featured on architecture tours, such as the Rookery, Monadnock Building and Auditorium Theatre.

The Wrigley Building is another. It has been in the business of celebrating its 100th birthday this year and that should remind us of its presence and importance.

The Chicago Theatre also turns 100 this year and its stunning marquee has been lighted for the occasion. For many, that evokes not so much thoughts of the building but memories of events that took place inside. For me that was, among many visits, the night I watched, as I wrote at the time in March 1988, “three men carry the accumulated baggage of a combined 150 years of show biz. Rather than burdening them, the invisible myths, legends and memories conspired to evoke a bygone time, when a drink was a drink and not a wine spritzer, when a nightclub wasn’t a nightclub unless it was filled with smoke.”

Those men were Frank Sinatra, Dean Martin and Sammy Davis Jr. in what was called the “Together Again” tour and it would be — Martin taking ill shortly afterward — one of the last times this trio would perform together.

“The Wrigley Building, Chicago is,” Sinatra often sang in that tune “My Kind of Town.” And for 30-some years it was my neighbor, when I worked across the street in what were then the offices of the Chicago Tribune. I saw the Wrigley a few times every day but, as for most of you, it was not an intimate relationship.

Since it had long housed the corporate offices of Wrigley and more recently a variety of tenants, I rarely wandered its hallways, and shopping at such building businesses as Walgreens, Peet’s Coffee and Ghirardelli or eating and drinking at the bygone Wrigley Building Restaurant was never able to impart the interior majesty of the buildings.

“We often get people wondering whatever happened to the restaurant,” says Jacqueline Davis, the building’s head of security for more than 30 years. “There are many people whose memories are tied to this place.”

When Blair Kamin, the former architecture critic for the Tribune and Pulitzer Prize winner for that work, once wrote of the Wrigley Building that “no skyscraper in Chicago is more beloved than this one,” he was correct. It can also be argued that no skyscraper was more important.

“This building began a new era in Chicago,” says Tim Samuelson, the city’s first and only cultural historian, now busier than ever in “emeritus” status. “It and the opening of the Michigan Avenue bridge in 1920 gave birth to development north of the river, began the Magnificent Mile.” At a recent “birthday party” for the building in its plaza, he told an assembled audience that at the time the building went up, Michigan Avenue was then called Pine Street and was an industrial area of warehouses, rail yards, sugar mills and factories. “The odor was awful,” he said.

That Mag Mile may be a bit battered these days, with some stores shuttered or repurposed. But there is no denying its continuing appeal and potential for innovative rebirth. So, there I was one recent sunny morning standing with Samuelson and Bradley Borowiec, who has managed the buildings for a decade. We were on the top of the north tower where the public is not allowed but where the view is spectacular.

This tower is part of the two buildings that we know as the Wrigley Building. The first, the one with the clock tower to the south, was finished in 1921, the second completed in 1924. They were designed by Charles Beersman of the firm of Graham, Anderson, Probst & White for William Wrigley, Jr. as the headquarters for his company, the largest producer of chewing gum products in the world. The buildings are joined by a 14th floor skywalk, built in 1931.

Here are a few things you may not know about the building:

Its clock tower is inspired by La Giralda, the bell tower of the Seville Cathedral in Seville, Spain.

I hope that information enhances your appreciation of the building, but all you really need to do is look. The building is and has been since 2012 a landmark in the formal sense. But that took a surprisingly long time since city for many years had no interest in pursuing a landmark designation for it. As Mayor Richard M. Daley said years ago, “(The Wrigleys) spent their own money. The family has really kept that icon up.”

But there were some who worried that the building could (as has the Tribune Tower) be converted to condominiums. The Wrigley company moved its headquarters elsewhere and sold the building in 2011 to a group of investors known as BDT Capital Partners, which included the Zeller Realty Group, which still manages the building, and Groupon co-founders Eric Lefkofsky and Brad Keywell. They invested $91 million in renovations. New tenants filled its floors and in 2018 Chicago billionaire Joe Mansueto purchased it for a reported $255 million, saying that it “stands tall as a clear symbol of our city’s rich history.”

Buildings come and go. We barely notice. The city always carries on. But celebrating what we have is important. Samuelson says the story of the Wrigley Building “is the story of the miracle of the Magnificent Mile.” So, take a walk some time, starting at Michigan Avenue’s DuSable Bridge and heading north. The first thing you’ll see is the Wrigley Building. The last thing you’ll see is the Drake Hotel. That’s 101 years old and among its many, many guests have been mobster Frank Nitti and later Princess Diana.

But that’s for another story.

'I don’t know where I’m going to go': HUD displaces even more residents in this small Illinois city

The streets of Cairo, Illinois, are lined with boarded-up buildings and empty lots. Now the federal agency is set to gut the city of some of its last affordable housing.

Bomb in baggage joke not funny to bomb squad at O’Hare, police say

The man was arrested, and charges were pending.

A veteran son makes things right for his veteran father.

Illinois legislators to decide whether to end cash bail

When lawmakers return to Springfield next week, at the center of discussions about the SAFE-T Act will be a key provision for ending cash bail.

The pilot of a small plane has died after it crashed in northern Illinois.

Secretary of State cracking down on handicapped parking violations during holidays

SPRINGFIELD — Parking stings will be conducted at shopping malls across the state during the holiday season to prevent illegal parking in spaces reserved for those with disabilities, Secretary of State Jesse White said Wednesday.

Patients who ask for their doctors’ help through online portals might soon notice something new: fees for their physicians’ online advice.

Chicago police say two men have been arrested and charged with murder in the fatal March shooting of a girl who was struck in the head by a stray bullet after celebrating her 12th birthday. Chicago Police Superintendent David Brown said Tuesday that 22-year-old Malik Parish and 20-year-old Abdul Ali were arrested Sunday. Nyzireya Moore died March 4, three days after she was shot. Police say she was in the passenger seat of a family member’s car when three men fired on another vehicle and a stray bullet struck her in the back of the head. Brown says a third suspect remains at large. 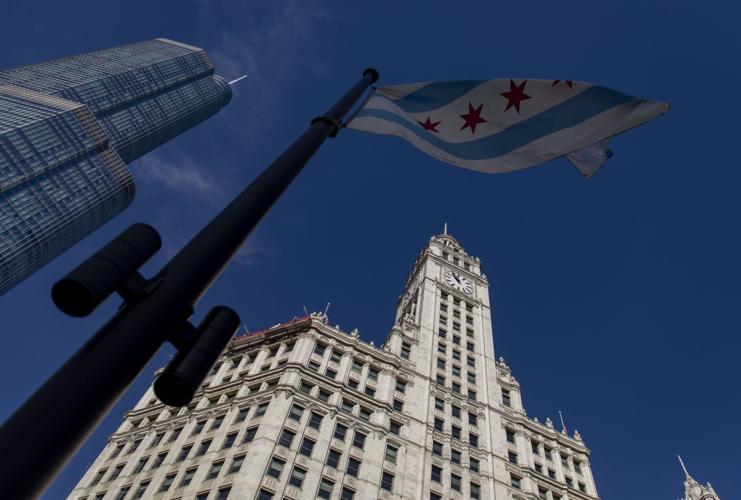 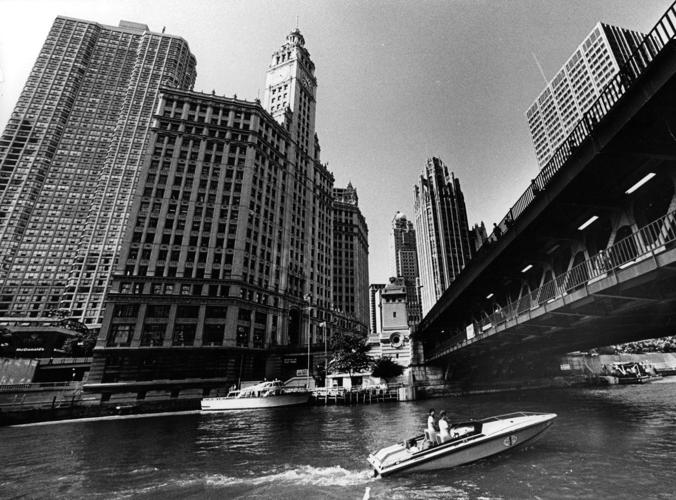 The walkway on lower Wacker Drive affords riverfront strollers a view of boaters and such North Michigan monoliths as the Wrigley Building, River Plaza and Tribune Tower on July 16, 1981. 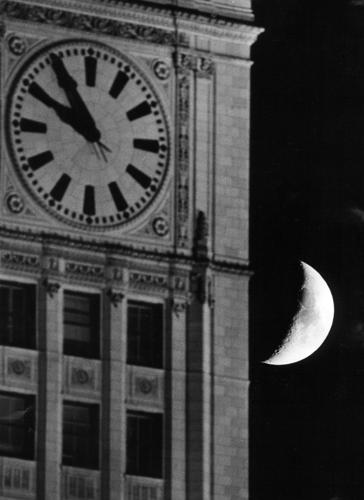 The moon above Chicago as the clock on the Wrigley Building indicates 9:56 p.m., the time when Neil Armstrong set foot on lunar soil on July 20, 1969.