U.S. Rep. Rodney Davis is among Republican lawmakers who objected to new metal detectors outside the House chamber that were added as a security precaution following last week’s deadly attack on the Capitol.

The new safety protocol announced Tuesday from the acting sergeant-at-arms comes less than a week after a mob loyal to President Donald Trump stormed the White House. Five people died.

Two GOP Reps. angry about new metal detectors to get on House floor, reports pooler @elwasson “This is bull****," Rep. Rodney Davis tells USCP officers while Rep. Steve Womack yelled at them: "You are creating a problem you do not understand the ramifications of"

Rodney Davis rants to officers that the metal detectors are “bullshit” and says they should he outside, not securing an interior room.

Republicans are complaining about the magnetometers — Rodney Davis calls it “bullshit” and tells Hoyer that they’re “taking valuable resources completely away from where it needs to be without any consultation.”

"The threat is outside, not inside," he said. "Every resource used inside is one that can't be used outside."

The Pantagraph has reached out to Davis' office for comment.

He was not the only lawmaker upset about the change. Several simply walked around the devices. Texas Rep. Louie Gohmert said, “You can’t stop me. I’m on my way to a vote."

Freshman Rep. Lauren Boebert of Colorado, who has announced her intention to carry a gun on Capitol grounds, set off a metal detector. It wasn't clear if she had a cellphone or other metal object in her purse.

She refused to allow a search of her bag and eventually was let into the House chamber.

Louisiana Rep. Steve Scalise, the No. 2 House Republican, said the metal detectors were designed to impede lawmakers from voting and were not discussed with GOP leaders ahead of time.

Scalise told CNN that the situation is "untenable" because it "impedes the ability of members to come and vote. This is our job."

Before Tuesday, members of Congress had almost free roam at the Capitol, able to bypass security screening stations at most entrances to the building.

At the House chamber, there have been Capitol Police officers and civilian door monitors but no screening stations.

Watch now: Rep. Rodney Davis describes being in the Capitol as the mob stormed inside

Blodgett also told lawmakers that they must wear masks during the COVID-19 crisis and that they face removal from the chamber if they fail to do so.

Pantagraph staff contributed to this report.

Chicago public health officials said the person with the strain had traveled to the U.K. and the Middle East in the two weeks before being diagnosed with COVID-19.

Can Illinois pick up the pace of vaccinations as it moves to the next phase?

For some Illinois residents, optimism about COVID vaccines has turned into confusion and frustration over the slower-than-expected pace of inoculations, even as the state prepares to move to the next phase.

Southern Illinois' Region 5 on Monday moved back to COVID-19 guidelines outlined under Phase 4 of the Restore Illinois plan, the third time since Friday that mitigation measures have been loosened in Southern Illinois.

Illinois National Guard being deployed, Capitol windows being boarded up in advance of weekend

“The Capitol Police continue to work with the Illinois State Police and other law enforcement entities to make sure the complex and surrounding area remain safe,” an official said.

One search, two boys found: The Missouri Miracle 14 years ago

The trail of a child kidnapping in 2007 led to an apartment in Kirkwood, Missouri, where Shawn Hornbeck, missing for more than four years, was found too.

Rep. Emanuel "Chris" Welch, D-Hillside, will be the next speaker of the Illinois House of Representatives, ending Mike Madigan's long tenure in the leadership position.

Demonstrators lined the street across from Republican U.S. Rep. Mike Bost's office in O'Fallon on Saturday afternoon, calling for his resignation due to the insurrection at the U.S. Capitol last week. 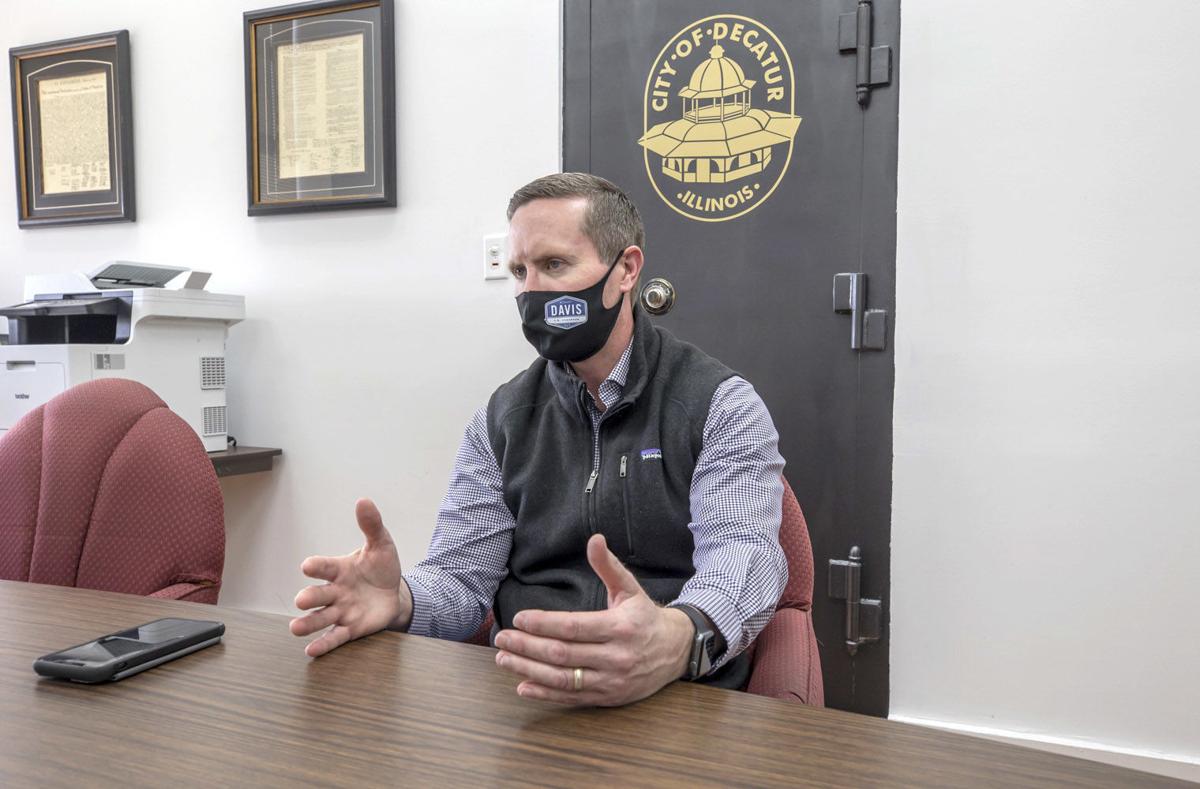 U.S. Rep. Rodney Davis speaks to a reporter Tuesday in his Decatur office. The Taylorville Republican returned to Washington, D.C., later in the day. 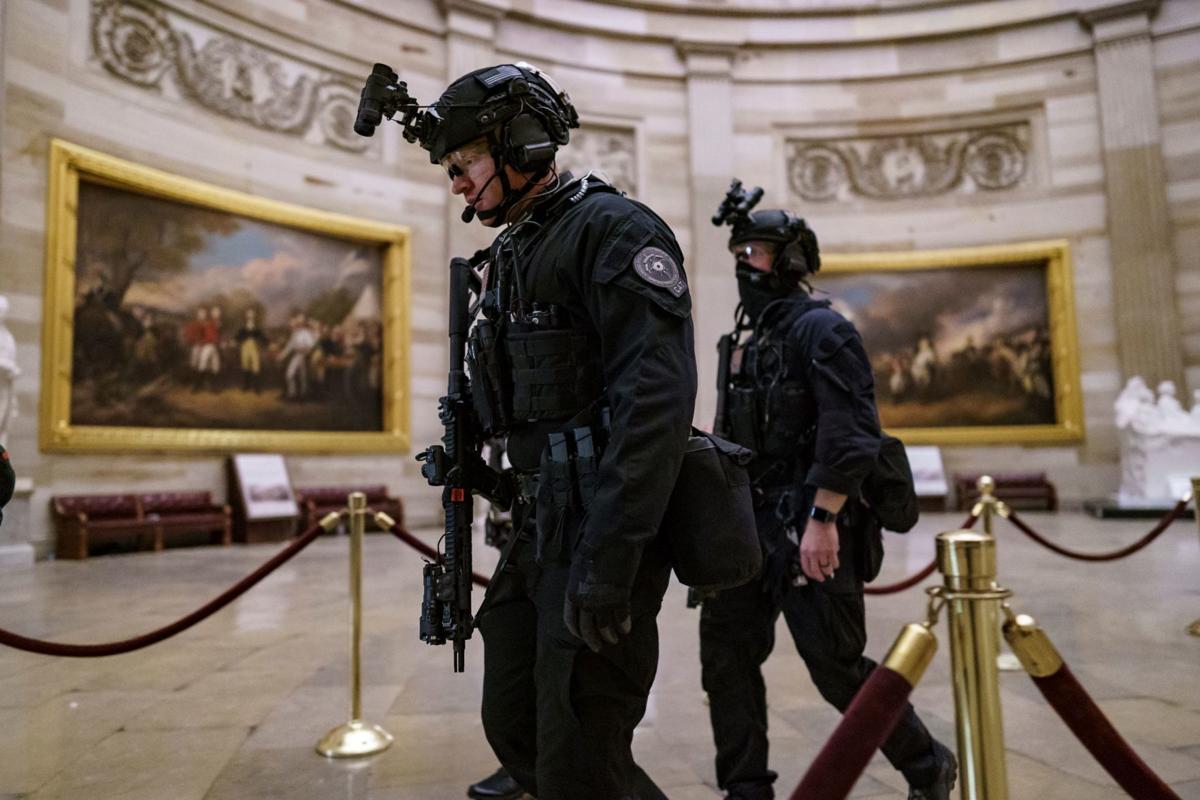 Members of the U.S. Secret Service Counter Assault Team walk through the Rotunda as they and other federal police forces responded as violent protesters loyal to President Donald Trump stormed the U.S. Capitol today, at the Capitol in Washington, Wednesday, Jan. 6, 2021.