SPRINGFIELD — Illinois Republicans may have been shut out on the key issues this spring, but they did find a unifying theme as the party tries to make its case against Democratic Gov. J.B. Pritzker, who’s up for reelection next year.

“How can we trust him?” asked Senate Republican leader Dan McConchie of Hawthorn Woods at one of the many news conferences the out-of-power GOP held to deliver a litany of grievances about Pritzker and Democratic lawmakers.

Republicans offered a pair of examples from the recently concluded session in support of that “trust” concept: Pritzker agreed to Republican-backed business tax changes two years ago, then unsuccessfully tried to take them away to balance his new budget. And candidate Pritzker vowed to veto a new map of legislative districts if both parties didn’t have input, but is now poised to sign Democrat-drawn boundaries into law.

GOP leaders also cited two of Pritzker’s biggest stumbles since becoming governor: 36 COVID-19 deaths at the LaSalle Veterans Home on his watch, which factors into the top issue of how the governor handled the pandemic, and the sound rejection by voters last November of his push for a graduated-rate income tax for the state.

Questioning the trustworthiness of a politician is a tried-and-true opposition tactic aimed at seizing upon the public’s cynical views of government and elected officials. Whether Illinois Republicans can capitalize on that message against Pritzker is a question of its own, however.

The state GOP is still reeling after the single term of former Gov. Bruce Rauner, whom Pritzker easily dispatched in 2018. And the party is trying to decide whether to cling to former President Donald Trump as its leader in a state he twice lost by a lopsided 17 percentage points.

Perhaps most importantly, Republicans lack a credible big-name challenger with the money to drive attacks against the billionaire Pritzker.

“You have to have a good message and a good messenger, especially when you are in a sort of ideological minority in this state,” said Christopher Mooney, a political scientist at the University of Illinois Chicago.

“I’m not saying they’re wrong,” Mooney said about the trust message. “I’m just saying, how much is it going to resonate?”

For his part, Pritzker said he believed the work of lawmakers this spring — adopting a budget without general tax increases as well as sending him an ethics package for public officials — “builds toward a very positive view, I hope, by the people of Illinois.”

So far, three Republicans say they’re seeking to challenge Pritzker: suburban Chicago businessman Gary Rabine and two Downstaters, state Sen. Darren Bailey of Xenia and former state Sen. Paul Schimpf of Waterloo. Rabine has been a strong supporter of Trump and allied causes. Bailey also has been a Trump supporter and gained notoriety for a failed court challenge of the governor’s COVID-19 emergency powers and orders.

U.S. Rep. Adam Kinzinger of Channahon, one of 10 Republicans to vote to impeach Trump and among the 35 who voted to establish an independent commission to look into the Jan. 6 insurrection at the Capitol, said Illinois Republicans face a “ginormous problem” running statewide in 2022 if it means pledging fealty to Trump to win a primary.

Kinzinger said the Illinois GOP needs to become a “big tent” party with the goal of pushing the conservative concept that less government means better opportunity. While moderates have touted his name as a potential governor candidate, Kinzinger restated his plans are to run for reelection to Congress from what will be a district newly drawn by Democrats.

“There are many in the state GOP trying to push me out,” Kinzinger told reporters Thursday. “If somebody like me doesn’t belong to the GOP for telling the truth about what happened, there is a 0.0% chance that we can ever do anything positive in Illinois or ever take power.”

Trust, particularly trust of Springfield, was a key issue in the GOP’s most significant victory last November. Voters overwhelmingly rejected what had been Pritzker’s prized agenda item, a proposed state constitutional amendment that would have replaced Illinois’ flat-rate income tax with a graduated-rate system geared toward taxing the wealthy.

The power of the mistrust theme was evident in the numbers: while 97% of Illinois taxpayers would have gotten a tax break or at least paid the same amount if the new tax system were approved, 53% still voted against the question.

Republican-allied business interests bankrolled the opposition and successfully tied the ballot measure to Springfield culture and the widely unfavorable public attitude toward Michael Madigan, the Southwest Side Democrat who was speaker for almost 40 years before he was ensnarled in a federal corruption investigation and deposed from his governmental leadership post by his fellow House Democrats.

Madigan has not been charged and has denied any wrongdoing. Commonwealth Edison has agreed to pay $200 million in fines for allegedly offering Madigan allies jobs and contracts in exchange for trying to win the speaker’s favor on energy legislation. His top confidant and his former chief of staff have pleaded not guilty on charges associated with the investigation.

Madigan resigned his seat in February, but his specter hangs heavily over Illinois politics as the federal investigation rolls on. Republicans continue to use Madigan and the ongoing federal probe to try to tarnish the Democratic brand and, along with it, the party’s de facto leader, Pritzker.

“The governor ran as a reformer. He looked people in the eye and said, ‘Look, you can count on me to be different. I promise to stand up to the Democratic machine and I promise to do what’s right for the people,’” said Republican state Sen. Jason Barickman of Bloomington, who has said he’s mulling a run for governor. “The people of this state said very clearly that they want to be represented in our government. And for that, the Democrats have failed them.”

“I have trust in the governor. He has been honest and clear with me,” said Democratic Senate President Don Harmon of Oak Park. “We’re in the middle of a pandemic. To hit the pause button on certain programs, whether they’re spending or tax giveaways, doesn’t seem to me to be an outrageous suggestion.”

With the 2022 election a likely referendum on Pritzker’s handling of the pandemic, Republicans question how a governor who won in part by attacking his predecessor’s handling of repeated deadly Legionnaire’s outbreaks at the Quincy Veterans Home could oversee an administration that botched dealing with pandemic protocols and saw three dozen people die of COVID-19 at the LaSalle Veterans Home last year.

The GOP’s most politically charged argument has been Pritzker’s decision to back off a campaign vow to veto a partisan-drawn map redistricting the state’s legislative boundaries. Democratic lawmakers drew the lines, which are aimed at ensuring they stay in power for another decade.

“If he allows this process to go forward and signs a map that was made in such a flawed way and in such a partisan way, then he’s contributing to this downfall of people’s faith in the way our process works,” said Republican state Rep. Avery Bourne of Downstate Morrisonville.

“Any map that’s made in this process is going to further keep Illinoisans from having any faith that we can do anything in a fair way in the legislature, but it’s also going to keep these broken and I would say corrupt processes in place that have gotten us where we are,” she said.

But it’s questionable how much backing off on his veto pledge will factor into voters’ minds, since the redistricting process is largely an inside baseball process.

“You can’t trust him with a sort of arcane thing like that?” Mooney asked of the Republican pitch. “Does Joe Blow in Oak Lawn care about that stuff? Try to make that one hot and sexy for the local populace.”

The trust issue carries over to larger themes, such as political ideology, as Republicans try to sell voters the idea that Pritzker handled the pandemic poorly, with a focus on an emergency shutdown and restrictive orders.

“Their priority is not the little guy,” House Republican leader Jim Durkin of Western Springs said of Pritzker and Democrats.

“It’s not the little guy who lost out over the past year. That’s a small-businessman who was determined that they were not essential. The ones that had to be shut down, they had to cut their workforce. The ones who barely, barely kept their doors open. Where are they right now? They are not a priority,” Durkin said.

Durkin called the November vote against the graduated-rate income tax “an indictment of Gov. Pritzker and Democrats” and said it should serve as a warning from Illinois citizens of “what their thoughts are and how they see government.”

Pritzker, however, touted Democratic initiatives in the new state budget as an example of how to earn public trust — by “investing in priorities that will grow and revitalize our economy, improving our fiscal outlook dramatically and reducing tax expenditures on the wealthiest corporations.”

“We’re restoring trust in the state of Illinois, in the government of Illinois, by passing budgets that are balanced, by making sure that we’re addressing the needs of the people of the state, by fighting against the desire by the Republicans to essentially help their wealthy friends at the detriment of working families in the state,” he said. “I think that’s how you restore trust.”

A 24-year-old Illinois man was hit with federal charges Tuesday alleging he posted video of himself on Instagram storming the U.S. Capitol building during the Jan. 6 siege while wearing a designer coat and pro-Trump hat.

Make under $31,000 a year? This Illinois city was listed among the most affordable places to live

The Peoria metro area was ranked sixth in the nation based upon cost of food, housing and the amount of crime.

More than a dozen community groups, fraternities and sororities presented nearly $80,000 in scholarship funds to African American students in the Bloomington-Normal area on Saturday.

DECATUR — Authorities on Monday said four arrests have been made in a multi-county operation to steal all-terrain vehicles and motorcycles.

With a nearly 20-year lock on control of both House and Senate, Illinois Democrats have in recent years eased voting access.

A man died Tuesday after he got stuck in a manure tank on Sievers Family Farm in Stockton, Iowa. 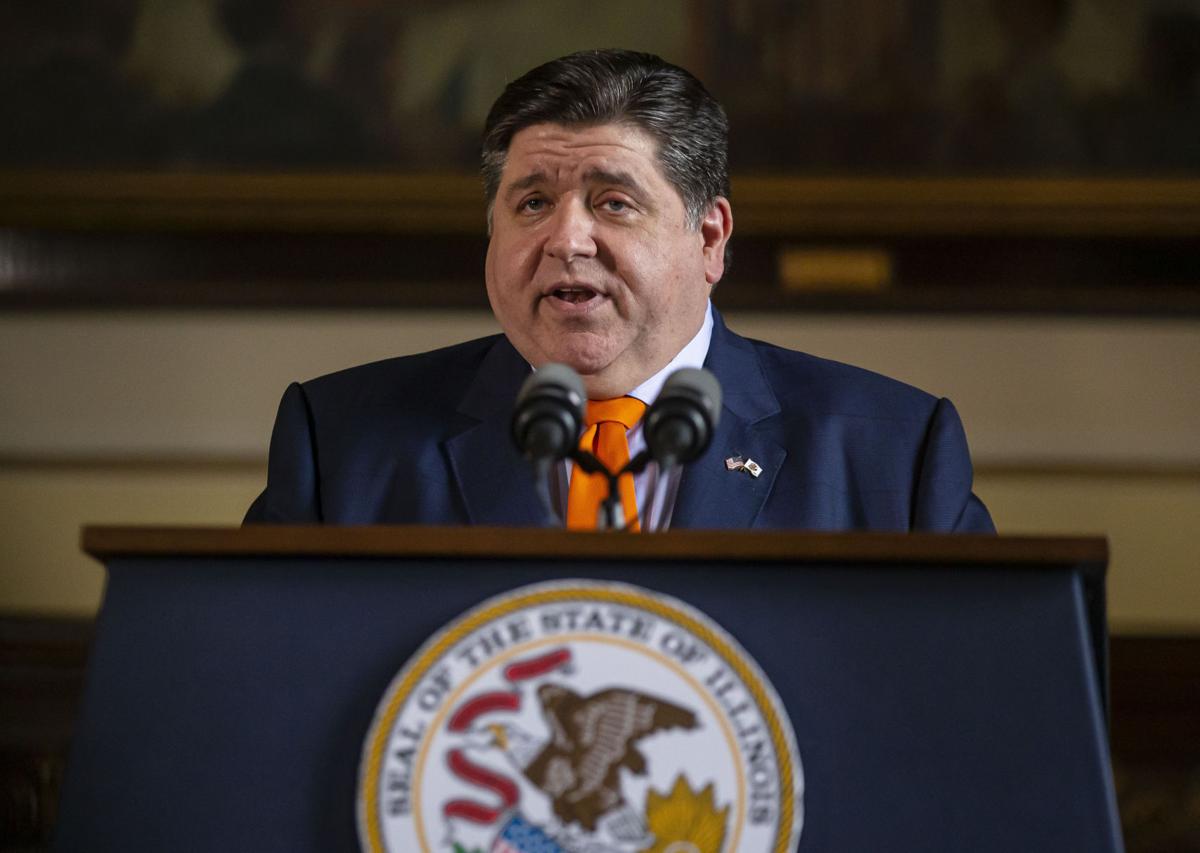 Illinois Gov. JB Pritzker praises the budget passed by the lawmakers during a news conference in his office at the Illinois State Capitol in Springfield on Tuesday. 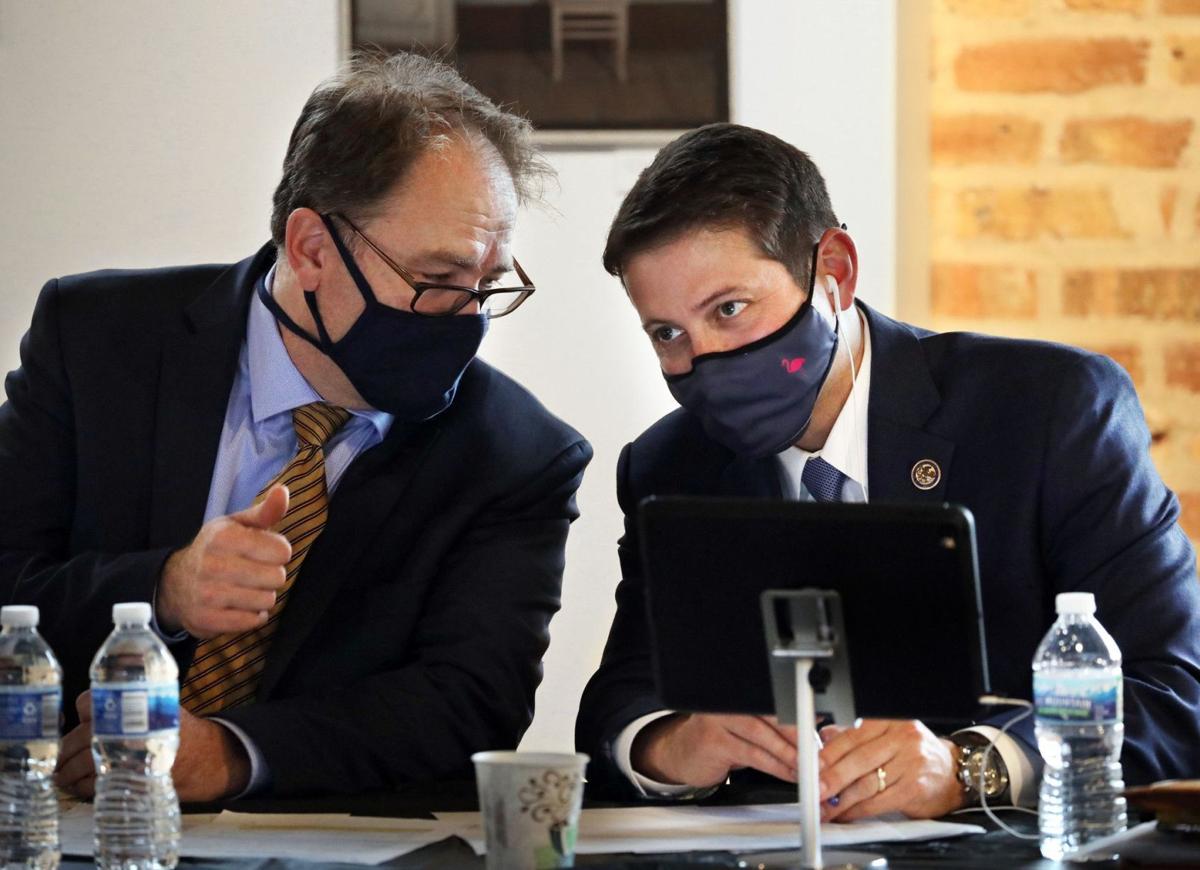 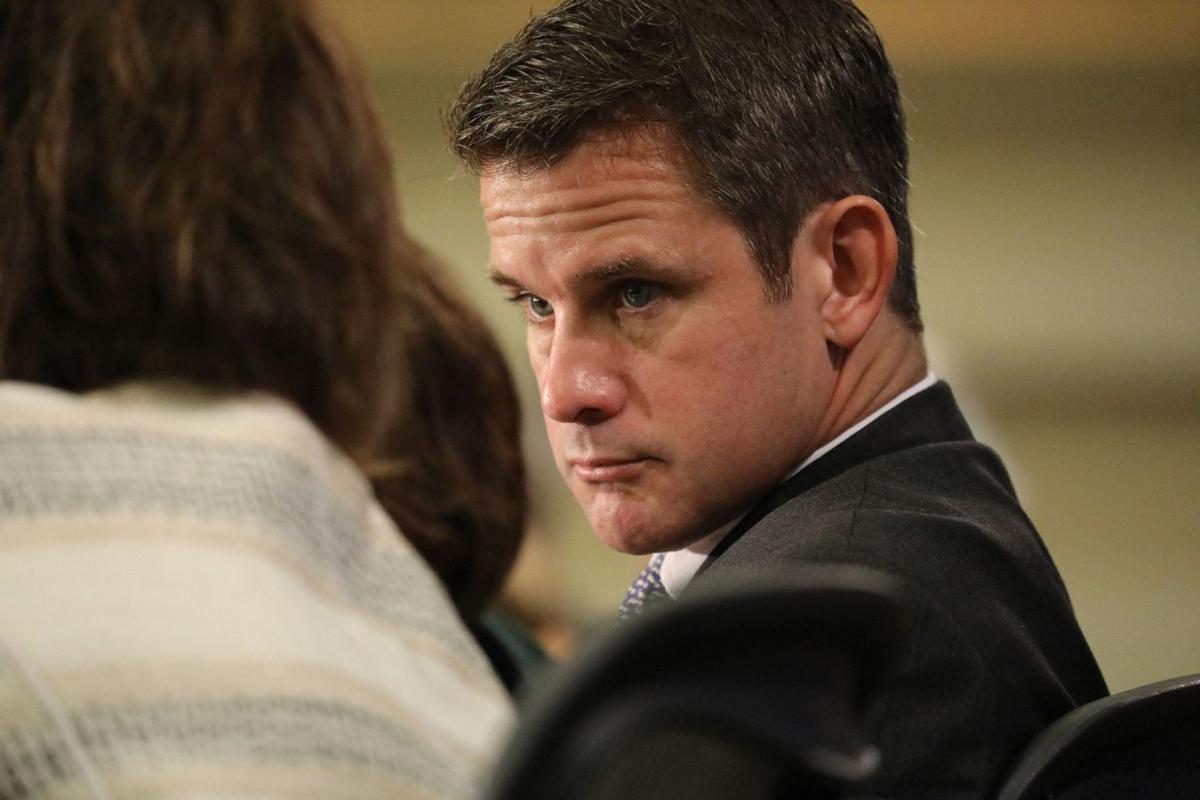