After more than 17 months of expanded benefits, federal pandemic unemployment programs are set to end on Labor Day, cutting off weekly payments to 7.5 million people — including 452,000 in Illinois.

The sudden expiration of emergency federal assistance, which some economists have likened to a fiscal cliff, could precipitate everything from a flood of job seekers to a plunge in consumer spending in Illinois, which is expected to be among the hardest-hit states.

For many families across the state, the loss of pandemic unemployment benefits — just as the COVID-19 delta variant surge threatens to derail the economic recovery — portends financial hardship ahead.

“It’s going to be a calamity for a lot of people — a very quiet calamity,” said Andrew Stettner, senior fellow at the Century Foundation, a progressive think tank based in New York.

The federal government has spent more than $656 billion on expanded unemployment insurance benefits since the start of the pandemic in March 2020, according to Bureau of Economic Analysis data. The programs added at least $300 per week to state benefits, expanded assistance to gig workers and extended unemployment benefits beyond the 26 weeks most states provide.

In Illinois, the maximum regular unemployment payment is $484 a week for up to 26 weeks.

Stettner has projected that 7.5 million people across the U.S., will stop receiving those expanded weekly payments with the Sept. 6 end to the federal pandemic unemployment programs, creating an unprecedented lapse of benefits amid the uncertainty of resurgent COVID-19 infections, hospitalizations and restrictions.

The federal programs provided a lifeline for millions of people who suddenly found themselves unemployed after the COVID-19 pandemic hit, disrupting nearly every facet of the economy with stay-at-home orders, social distancing and a virtual shutdown of industries such as tourism, hospitality and live entertainment, among others.

The programs were extended in August 2020, through an executive order by then-President Donald Trump, with the federal supplemental payments reduced to $300 per week. In December, Trump signed another $900 billion pandemic relief bill that extended the programs through March.

In Illinois, 263,000 people receiving unemployment payments through the Pandemic Emergency Unemployment Compensation program and 189,000 people through Pandemic Unemployment Assistance will see their benefits end as of Sept. 4, according to Rebecca Cisco, a spokeswoman for the Illinois Department of Employment Security.

Last year, the state paid out nearly $19.7 billion in regular and supplemental pandemic unemployment benefits to about 1.5 million recipients, both annual records for Illinois. In 2021, unemployment payments are at $14.5 billion through August, Cisco said.

The national unemployment rate, which peaked at 14.8% in April 2020, steadily dropped to a post-pandemic low of 5.2% in August, as vaccinations, business reopenings and pent-up consumer demand fueled a more robust recovery than many economists projected. It is not yet known if the delta variant will derail the recovery, but the abrupt end of the expanded federal unemployment benefits will put millions of people “in harm’s way,” Stettner said.

With falling unemployment, a labor shortage and a record 10.1 million jobs available in June, others argue it is long past time to end the pandemic unemployment benefits.

“One of the biggest reasons why companies are reporting difficulty finding labor is that so many people have been able to earn more off the job than on the job,” said Joel Griffith, a research fellow at the conservative Washington, D.C.-based Heritage Foundation. “When these benefits are curtailed, you see a surge in the number of unemployed that are actually looking for jobs.”

In June, 26 mostly Republican-led states announced they would end the expanded federal unemployment benefits early, looking to address the labor shortage. Early returns suggest they were only minimally effective in spurring employment, while precipitating a decline in consumer spending.

A study published Aug. 20 by economists at Harvard University, Columbia University, the University of Massachusetts and the University of Toronto, looked at the effects on earnings, employment and consumption in 19 of the states that eliminated all supplemental pandemic unemployment insurance in June, cutting off benefits entirely to more than 2 million workers. The findings showed a slight uptick in employment — one in eight people losing benefits found jobs by the first week of August — but the collective earnings increase only offset 7% of the loss in unemployment income.

At the same time, weekly household spending fell by 20% after the pandemic unemployment benefits ended, the study showed.

“Getting rid of pandemic unemployment insurance was not the cure-all for solving the labor shortage that some people had hoped and had very clearly bet on,” said Arindrajit Dube, a University of Massachusetts economist and co-author of the study. “Instead, what did happen is that it led to very sharp reductions in incomes for millions of families, after the June expiration, leading to very sharp cutbacks in spending.”

The sudden end of pandemic unemployment benefits projects to $8 billion in lost consumption in the first few months after the Labor Day expiration, enough to significantly reduce job growth based on reduced demand in states like Illinois, New York, California and Massachusetts, Dube said.

“I think that it doesn’t make sense as a national policy to have this kind of a cliff,” Dube said.

Matt Weidinger, a senior fellow at the conservative Washington, D.C.-based American Enterprise Institute, said the benefits cliff was an intentional part of Biden’s pandemic relief plan, premised on the idea that the pain caused by a hard stop would increase the political pressure to extend it.

With Biden and other Democrats not pushing for an extension, Weidinger said there is general bipartisan consensus to press on with the Labor Day expiration.

“We have unemployment falling and job creation going on,” Weidinger said. “It’s appropriate for these benefit programs to end.”

The Century Foundation’s Stettner said the lack of rapid employment growth in states that ended the federal programs early shows that expanded pandemic unemployment insurance may not be driving the labor shortage.

“There’s something bigger going on,” Stettner said. “There are issues with health, people wanting to make a change in their career, the wages in these jobs, child care and other labor supply constraints that are holding back hiring.”

Rising COVID-19 cases amid the delta variant have exacerbated those concerns, Stettner said.

The loss of unemployment benefits can be the beginning of an economic downward spiral for some people, leading to long-term poverty and homelessness, Stettner said. In the near term, he sees the need for more immediate help.

“I think we’ll see some more demand for food pantries, and we’ll start seeing some signs of economic distress,” Stettner said. “And it may be very quiet and silent distress, because people don’t want to call attention to themselves.”

The Greater Chicago Food Depository has met unprecedented demand during the pandemic, distributing a record 117 million pounds of food during the fiscal year ending June 30 — the most in the nonprofit organization’s 42-year history.

The Food Depository is preparing for a surge in demand after nearly a half million Illinoisans lose their unemployment benefits.

“The loss of expanded unemployment benefits is going to be a huge shock, and a real challenge for families,” said Sophie Milam, the Food Depository’s senior director of public policy.

Milam said there have been “ebbs and flows of need” throughout the pandemic, with a “huge jump in demand” for assistance from food pantries at the onset of the health crisis last year. That sudden increase in demand came from both people already struggling to make ends meet and those who felt pretty secure financially before losing their jobs due to the pandemic, she said.

With the rise of the delta variant, and the statewide return of masking requirements, Milam said the pandemic crisis is “far from over,” as is increased food insecurity in the Chicago area, especially for people of color and those living in disadvantaged neighborhoods.

Illinois residents losing their unemployment benefits may have other resources to turn to as well. Closed during the pandemic, the Illinois Department of Employment Security has begun reopening a handful of its American Job Centers, offering in-person employment services by appointment only. Centers are currently open in Wheeling, Harvey and Chicago’s Pilsen neighborhood.

As the state agency responsible for administering unemployment benefits, IDES has also struggled during the pandemic, beset by rampant flaws, fraud and backlogs as it fielded an unprecedented influx of claims. But one of those snafus is playing out like a Monopoly “bank error in your favor” game card.

In June, Gov. J.B. Pritzker signed into law new legislation allowing 76,000 Illinois residents who received a collective $123 million in excess regular unemployment benefits through no fault of their own during the pandemic to apply for a permanent waiver that would prevent the state from recovering the extra funds.

While IDES was unable to provide updated data on regular unemployment overpayment waivers, it reported sending out about 175,000 letters to people who received nearly $962 million in excess Pandemic Unemployment Assistance payments. To date, the agency has received nearly 68,000 PUA waiver requests and granted about 26,000 waivers worth nearly $95 million, Cisco said.

Get to know Illinois: 15 state symbols

Lightfoot wants to give monthly payments to poor families. Here's how much.

Illinois families struggling to navigate the COVID-19 pandemic received good news and bad news Friday, with the state health department reporting the number of childhood virus cases appearing to decline the week before, while the number of school outbreaks in Illinois continued to climb.

Hate your driver's license photo? One Illinois secretary of state candidate wants to offer a redo.

The most recent iteration of the moratorium allows for court proceedings but prevents law enforcement from carrying out an eviction.

Pritzker mandates COVID vaccinations for workers on his reelection campaign

Democratic Gov. J.B. Pritzker on Thursday mandated COVID-19 vaccinations for all workers on his reelection effort, a move aimed at drawing attention to the differences between his handling of the pandemic and his Republican challengers, who oppose coronavirus mitigation mandates.

Illinois Gov. J.B. Pritzker signed into law a pledge to eliminate the state's climate-damaging carbon emissions within a quarter-century. 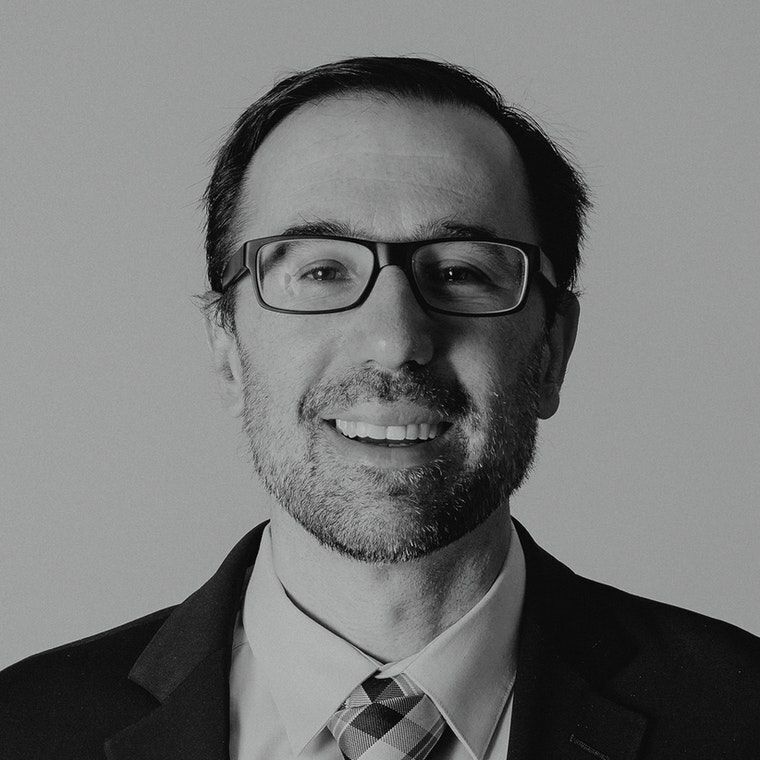 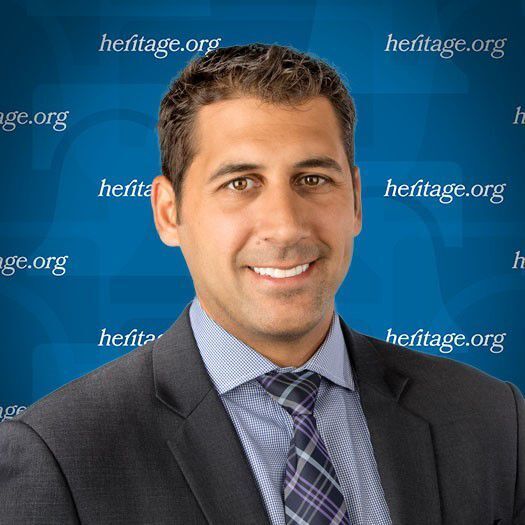 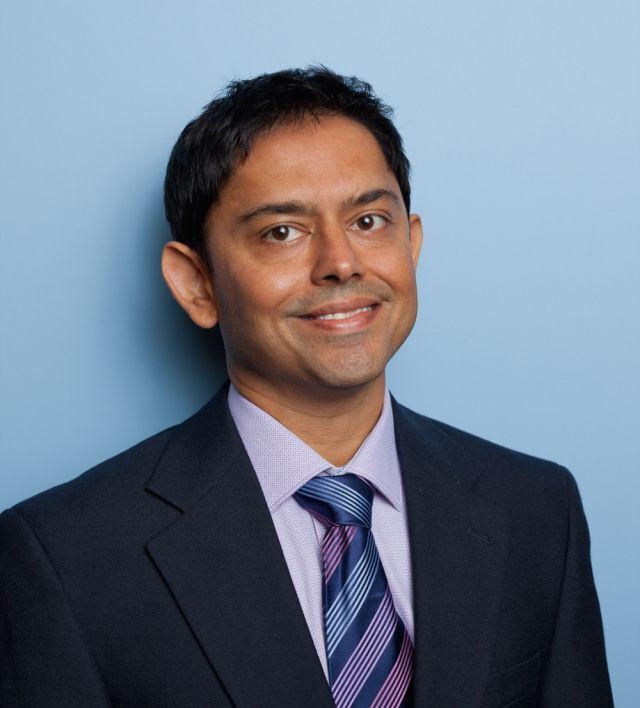