SPRINGFIELD, Ill. — The Illinois Legislature worked past its midnight deadline to approve a $42 billion state budget early Tuesday, based on tax revenue sources that rebounded much faster from the global pandemic than expected and including $2.5 billion in spending from a multiyear federal relief package.

The plan assembled on the final scheduled day of the Legislature's spring session incorporated just a portion of the $8 billion Illinois expects in COVID-19 relief money that Congress approved last winter — but that pot includes $1.5 billion in additional construction projects.

House Majority Leader Greg Harris had pronounced a balanced budget that also reinstates the $350 million extra for public schools that was promised annually in a 2017 school-funding overhaul, but which Gov. J.B. Pritzker initially said would need to be skipped for a second year in a row.

The budget offers a far rosier picture than the "pain" — deep budget cuts — Pritzker predicted were inevitable after voters soundly rejected his proposed constitutional amendment in November to allow a graduated income tax system that hit the wealthier harder and would generate $3 billion extra a year.

Republicans denounced the ballot initiative as a blank check for free-spending Democrats, who control both houses of the General Assembly as well as the governor's office. As revenues continued to outpace predictions, they persisted in saying that Pritzker had more than enough money.

Their reward came in the form of a Pritzker concession to cut fewer of the business and job-producing incentives they negotiated in 2019 with the Democrat, tax breaks the governor touted then but now calls unaffordable "loopholes." Democrats crafting the budget were planning to cut three programs to generate $636 million in additional revenue. In February, Pritzker proposed eliminating eight incentive programs to save $1 billion.

Pandemic-battered sectors of the state would get $1.5 billion from Illinois' allotment of American Rescue Plan Act. Hundreds of millions of dollars would be reserved for the Department of Human Services for programs to help the homeless, prevent suicide, counsel schoolchildren through the last year's trauma, and provide services "for our first responders who have gone through a year of hell and deserve all the support we can give them," Harris said. The ailing tourism and hospitality industries would receive $578 million.

Illinois borrowed $5 billion from the federal government to pay unemployment benefits for those the pandemic displaced. ARPA would provide $100 million to pay interest on that loan, but principal retirement would wait.

But another huge pandemic-relief debt is off the books. The state owed $1.2 billion — payable by December 2023 — on a $3.2 billion federal loan. Pritzker and legislative leaders announced 10 days ago that they'd pay that loan off early, saving $100 million in interest.

With lawmakers set to return to Springfield next week to vote on an energy policy overhaul, an outline of Gov. J.B. Pritzker’s latest plan shows customers would pay nearly $3 more per month on their power bills, in part to fund a multimillion-dollar bailout of nuclear plants owned by the parent of scandal-plagued Commonwealth Edison.

A second lawsuit has been filed in federal court in Illinois seeking to block the use of a redistricting plan that Democrats pushed through the General Assembly, this one by a group that represents Latin American communities. 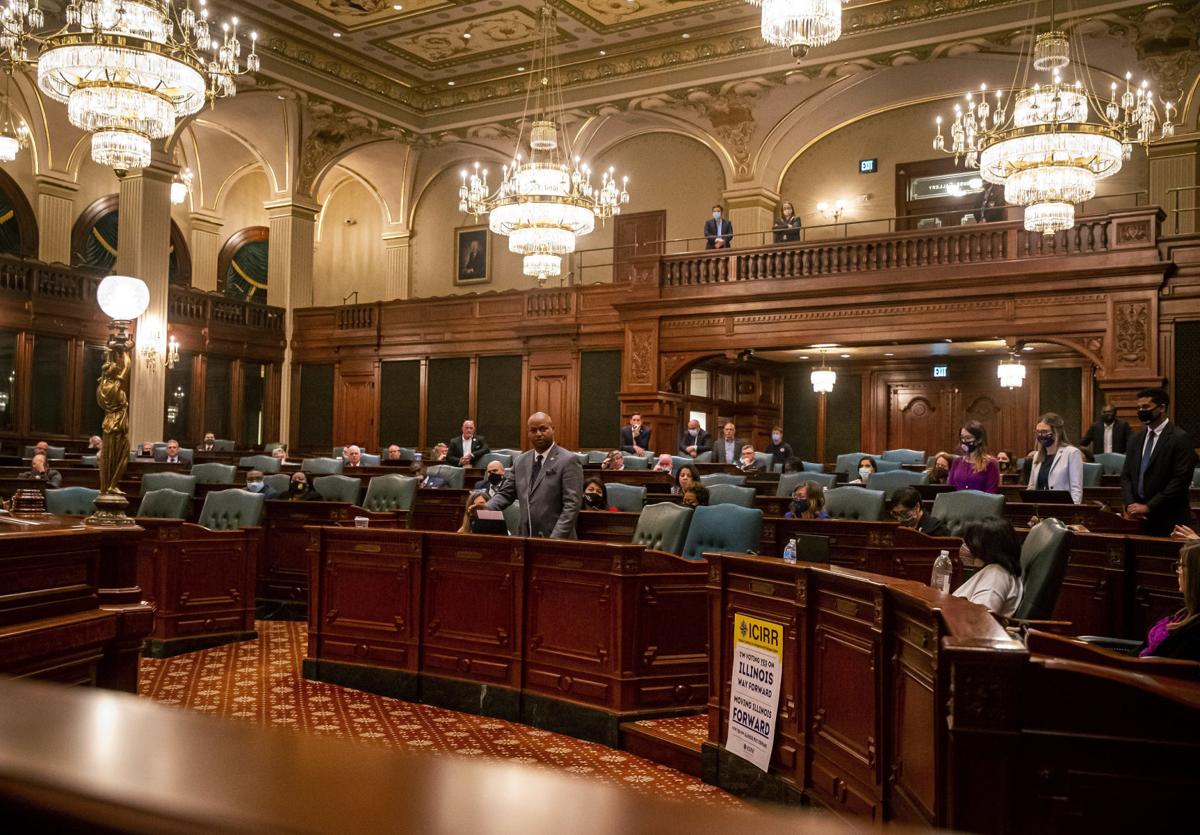 Illinois Speaker of the House Emanuel "Chris" Welch, D-Hillside, gives his closing remarks on the floor of the Illinois House of Representatives on the last day of session at the Illinois State Capitol in Springfield, Ill., Tuesday, June 1. 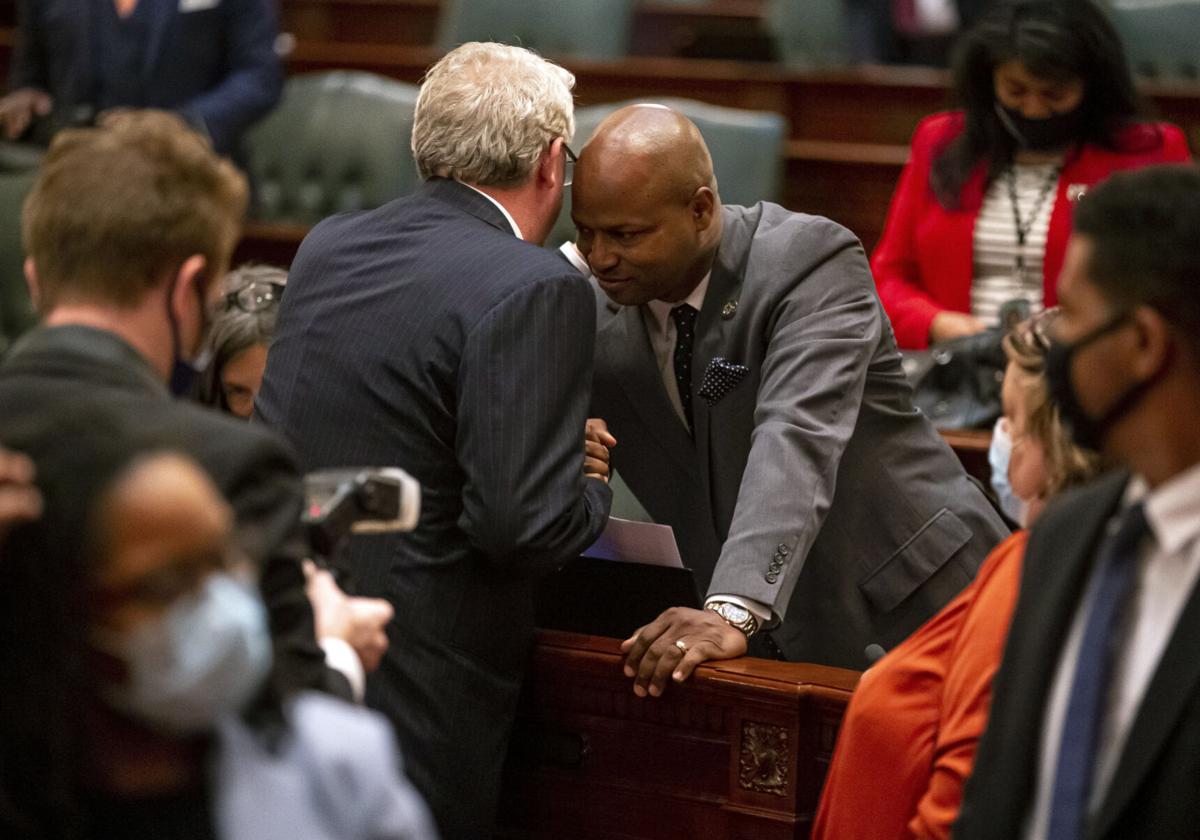 Illinois House Republican Leader Jim Durkin, center left, R-Western Springs, speaks with Illinois Speaker of the House Emanuel "Chris" Welch, D-Hillside, after the close of session on the floor of the Illinois House of Representatives at the Illinois State Capitol in Springfield, Ill., Tuesday, June 1, 2021.