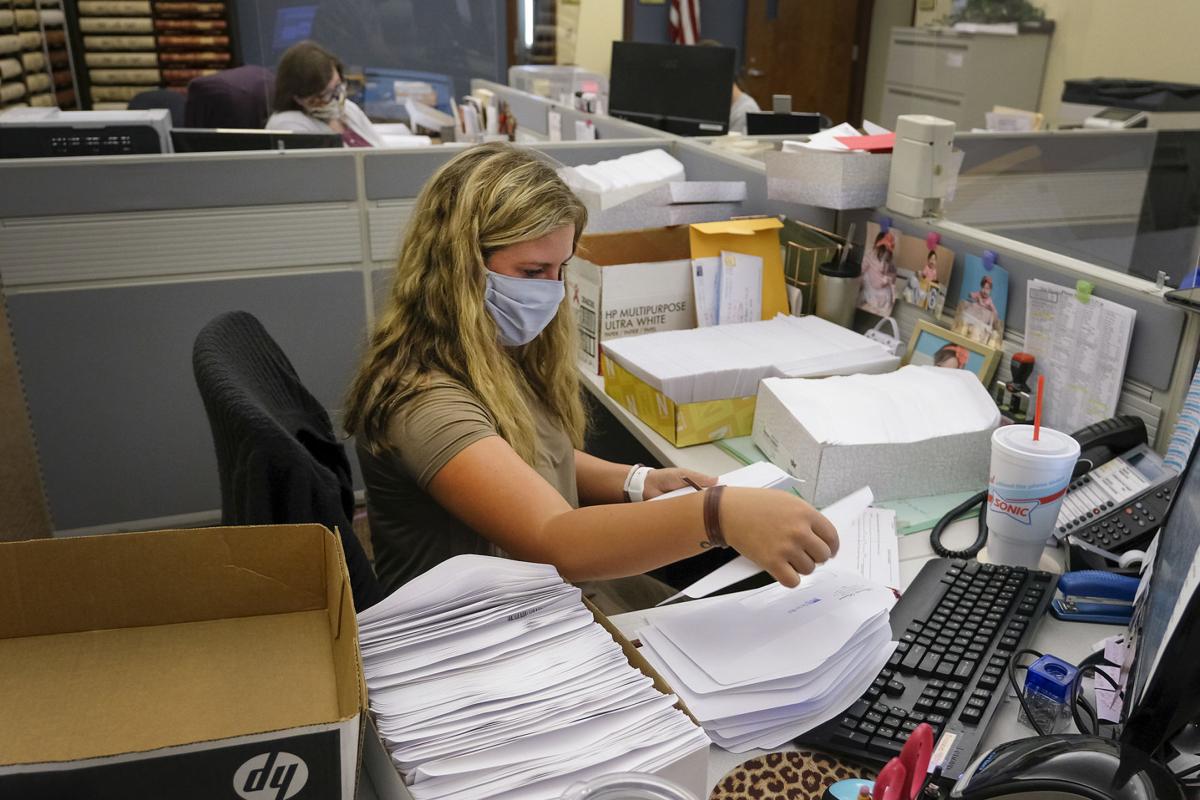 SPRINGFIELD — With just three weeks remaining before the Nov. 3 general election, more than 660,000 voters in Illinois have already cast ballots either through mail-in or early in-person voting, shattering previous records for advance voting, according to state election officials.

The Illinois State Board of Elections posted to its website Tuesday that 660,500 advance ballots had already been received by various local voting jurisdictions.

In addition, 175,965 registered voters had cast ballots at in-person voting locations — roughly double the number of early in-person votes cast at the same point in the 2016 election cycle — and another 1,687 “grace period” voters had registered to vote and voted in-person simultaneously.

“Grace period” voting in Illinois begins 27 days before an election, which started on Oct. 7 this year. During that period, voters may no longer register to vote by mail but they may register in person and vote at an early voting location. Online voter registration is available through Oct. 18.

There were still another 1.67 million mail ballots as of Tuesday that had been sent out to voters but not yet returned, ISBE said.

Illinois is among a growing number of states that allows anyone to apply for a mail-in ballot. Some other states require voters to prove that they are unable to vote in-person on Election Day, either because they will be out of town or have a disability, before they can receive a mail ballot.

In recent years, voting by mail has become more and more popular nationwide. The previous record for Illinois was set just two years ago when approximately 430,000 votes, or about 9.3% of all ballots, were cast by mail.

Other states, including Illinois, have greatly expanded access to mail-in ballots and in-person early voting in response to the pandemic, leading many observers to suggest that the 2020 election could be the first one in U.S. history in which more ballots are cast in advance than on Election Day.

As of Tuesday afternoon, according to the nonpartisan U.S. Elections Project, more than 11.8 million voters nationwide had already cast their ballots.

In Illinois, the General Assembly passed a bill in May that required local election officials to automatically send advance ballot applications to voters in the state that had participated in recent elections. That bill also allowed counties to set up secure drop boxes where voters could hand deliver their ballots before Election Day.

Under Illinois law, all mail-in ballots that are postmarked on or before Election Day are to be counted, as long as they arrive by Nov. 17. But ISBE spokesman Matt Dietrich said it is still a good idea for voters to mark their ballots and return them to their local election officials as soon as possible.

“Mail ballots can be processed as soon as they are received,” Dietrich said in an email to Capitol News Illinois. “That means the signature can be verified, the ballot deemed intact and run through a tabulator. This is the same process that happens in early voting except that it’s an election judge, not the voter, who puts the ballot into the machine.”

Applications for a mail ballot this year must be received by the election authority by Thursday, Oct. 29. Election officials strongly urge anyone who plans to vote by mail to apply for a ballot by Oct. 15.

The only thing that can’t be done until polls close at 7 p.m. on Nov. 3, Dietrich said, is running totals for the votes marked on advance ballots. For that reason, it is impossible to know which candidates are leading so far in Illinois.

Take a look at a sample ballot for your county, check out our election previews, and more. We're still working on stories about several races, and we'll add them to this page when they're published in the coming weeks.

Despite a temporary rule that extends the expiration dates for Firearm Owners Identification cards and concealed carry permits, many Illinois gun owners are still finding it difficult to buy weapons and ammunition.

Illinois long-term care facilities are experiencing their biggest jump in COVID-19 cases in months, as the state passed a tragic milestone: 5,000 deaths among residents.

The Healing Illinois initiative is a grant program launched in partnership with the Chicago Community Trust that will be overseen by the Illinois Department of Human Services.

Chicago police and other city departments said Thursday they have been devising plans over the past few months to “respond to any situation” on the city’s streets for the upcoming presidential election, including civil unrest.

Chicago police and other city departments said Thursday they have been devising plans over the past few months to “respond to any situation” on the city’s streets for the upcoming presidential election, including civil unrest.