MIAMI — As Florida’s eldest residents struggled to sign up to receive their first dose of the COVID-19 vaccine, nearly all those ages 65 years and older in a wealthy gated enclave in the Florida Keys had been vaccinated by mid-January, according to an emailed newsletter obtained by the Miami Herald.

The management of Ocean Reef Club, located in north Key Largo, also acknowledged in the Jan. 22 message to residents that the rest of the state was grappling to get its hands on the vaccine.

“Over the course of the last two weeks, the Medical Center has vaccinated over 1,200 homeowners who qualify under the State of Florida’s Governor’s current Order for those individuals who are 65 years of age or older,’’ the message reads.

“We are fortunate to have received enough vaccines to ensure both the first and second for those vaccinated. At this time, however, the majority of the State has not received an allocation of first doses of vaccines for this week and beyond, and the timing of any subsequent deliveries remains unclear.”

Neither Ocean Reef’s media relations representative nor officials from its medical center immediately returned phone and emailed messages to answer questions about how it received so many vaccines before much of the rest of the state.

Ocean Reef Club is an ultra-exclusive neighborhood that is arguably one of the highest-security private communities in the nation. According to Sotheby’s International Realty, it has more than 2,100 members who live there either full- or part-time. It is also where the very wealthy and where dignitaries, including President Joseph Biden, come to stay when they visit the Florida Keys.

It’s also home to many wealthy donors to the Florida Republican Party and GOP candidates, including Gov. Ron DeSantis.

In fact, the only people from Key Largo who gave to DeSantis’ political committee live in Ocean Reef. All 17 of them had given the governor contributions of $5,000 each through December 2020, according to the Florida Division of Elections.

But on Feb. 25, one resident of Ocean Reef, Bruce Rauner, the former Republican governor of Illinois and former chairman of the Chicago-based private equity firm, GTCR, increased his contribution and wrote a $250,000 check.

Since DeSantis started using the state’s vaccine initiative to steer special pop-up vaccinations to select communities, his political committee has raised $2.7 million in the month of February alone, more than any other month since he first ran for governor in 2018, records show.

Spokespeople for the governor did not immediately respond to emailed and telephone messages requesting comment on the Ocean Reef vaccines.

By hand-selecting the communities, DeSantis allows residents to bypass state and local vaccine registration systems and go directly through their community organizations, like the Medical Center at Ocean Reef.

Last month, a high-end community developed by Republican fundraiser Pat Neal was chosen by DeSantis to host a pop-up vaccination clinics near Bradenton. Only people from two ZIP codes were eligible to receive the vaccine at the Lakewood Ranch site, and names were chosen by Manatee County Commissioner Vanessa Baugh, who included herself on her vaccine selection list.

DeSantis chose two other Neal developments for pop-up sites in Charlotte and Sarasota counties. Campaign finance data shows that Neal, a former state senator, donated $125,000 to DeSantis’ political committee in 2018 and 2019 but is not reported to have made a contribution since.

The effort has brought scrutiny from DeSantis’ critics as the state’s vaccine distribution appears to be inequitable. By the end of February, only 5.6% of those who’ve been vaccinated in the state are Black, even though Blacks account for 17% of the state’s population, state records show.

Florida Commissioner of Agriculture Nikki Fried, the state’s highest-ranking Democrat, called for an investigation into the Lakewood Ranch clinics and asked DeSantis to suspend Baugh from the Manatee County Commission.

The governor’s spokeswoman, Meredith Beatrice, defended the pop-up clinics, telling the Sarasota Herald Tribune last week that of the 15 pop-up clinics targeted to senior communities, nine were in Broward and Palm Beach counties “which are not known for being Republican strongholds.”

DeSantis has denied that he is selecting locations for the senior clinics based on politics.

“There’s some people who are more upset at me for vaccinating seniors than they are at other governors whose policies have killed seniors, and that is a joke,” DeSantis said after the Bradenton Herald’s first Lakewood Ranch stories emerged.

Meanwhile, U.S. Rep. Charlie Crist, a St. Petersburg Democrat who, like Fried, is seen as a potential rival to DeSantis in the 2022 governor’s race, has called for the U.S. Justice Department to investigate how the state allocates its vaccines.

For two months, reporters have asked the DeSantis administration to release the location and criteria used to distribute vaccines. The Florida Department of Health has since released some documents to the Herald/Times Tallahassee bureau, but the records do not include complete details and show that one-fourth of all vaccines went to Publix supermarkets while the state did not keep track of where the grocery store chain allocated its doses.

Sports betting just got harder for some Illinois residents. Here's how.

For Illinois residents in communities without easy access to a casino, racetrack or off-track betting facility that hosts a sportsbook, it just got much harder to open a legal sports betting account.

Event at a rural Illinois bar led to 46 cases of COVID-19 and school closure in February, CDC says

An event at a rural Illinois bar in February led to an outbreak of 46 cases of COVID-19, a school closure and the hospitalization of a long-term care facility resident, according to a Centers for Disease Control and Prevention report released Monday.

Illinois Election Board chief on leave after extortion bid

The Illinois State Board of Elections has voted unanimously to place its executive director on paid administrative leave after he reported being the target of an online extortion attempt.

Gov. J.B. Pritzker is urging local school districts in Illinois to carefully target the roughly $7 billion in federal funds they will soon receive to help students overcome the learning loss they may have suffered during the pandemic.

The Illinois Department of Commerce and Economic Opportunity announced a total of $18.2 million in grants will be awarded to 34 downstate and rural communities facing threats to health and safety because of infrastructure issues.

US Census data, fairness at center of Illinois redistricting debate

The Illinois Department of Commerce and Economic Opportunity announced a total of $18.2 million in grants will be awarded to 34 downstate and rural communities facing threats to health and safety because of infrastructure issues.

Senate Bill 1832, sponsored by Sen. Cristina Pacione-Zayas, D-Chicago, would give Illinois community colleges the option to apply for accreditation to offer a baccalaureate-level early education program.

A former Illinois state senator pleaded not guilty Tuesday to federal charges of lying on personal income tax reports and failing to file tax returns for her lobbying and consulting firm.

Gov. J.B. Pritzker is urging local school districts in Illinois to carefully target the roughly $7 billion in federal funds they will soon receive to help students overcome the learning loss they may have suffered during the pandemic. 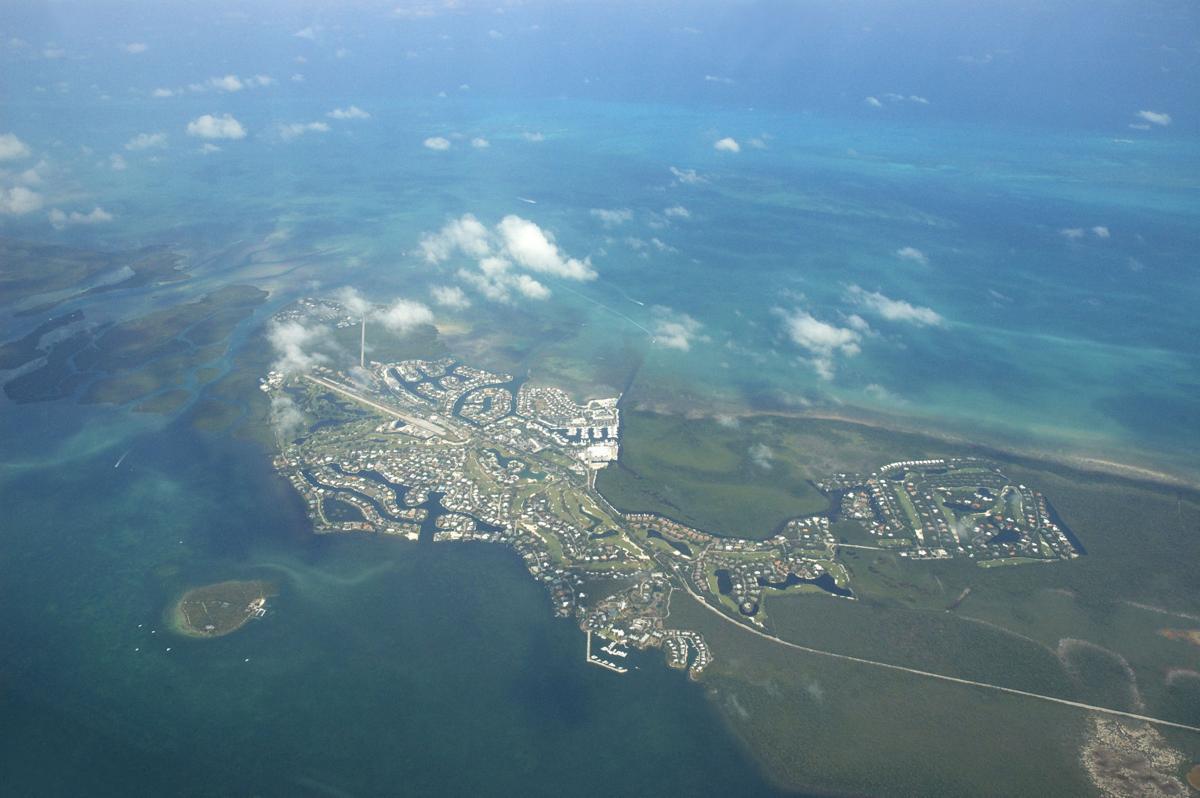 An aerial view shows Ocean Reef Club, a wealthy, gated community in north Key Largo. More than 1,200 elderly Ocean Reef residents received vaccinations in mid-January, well before doses arrived in most other areas of the state. 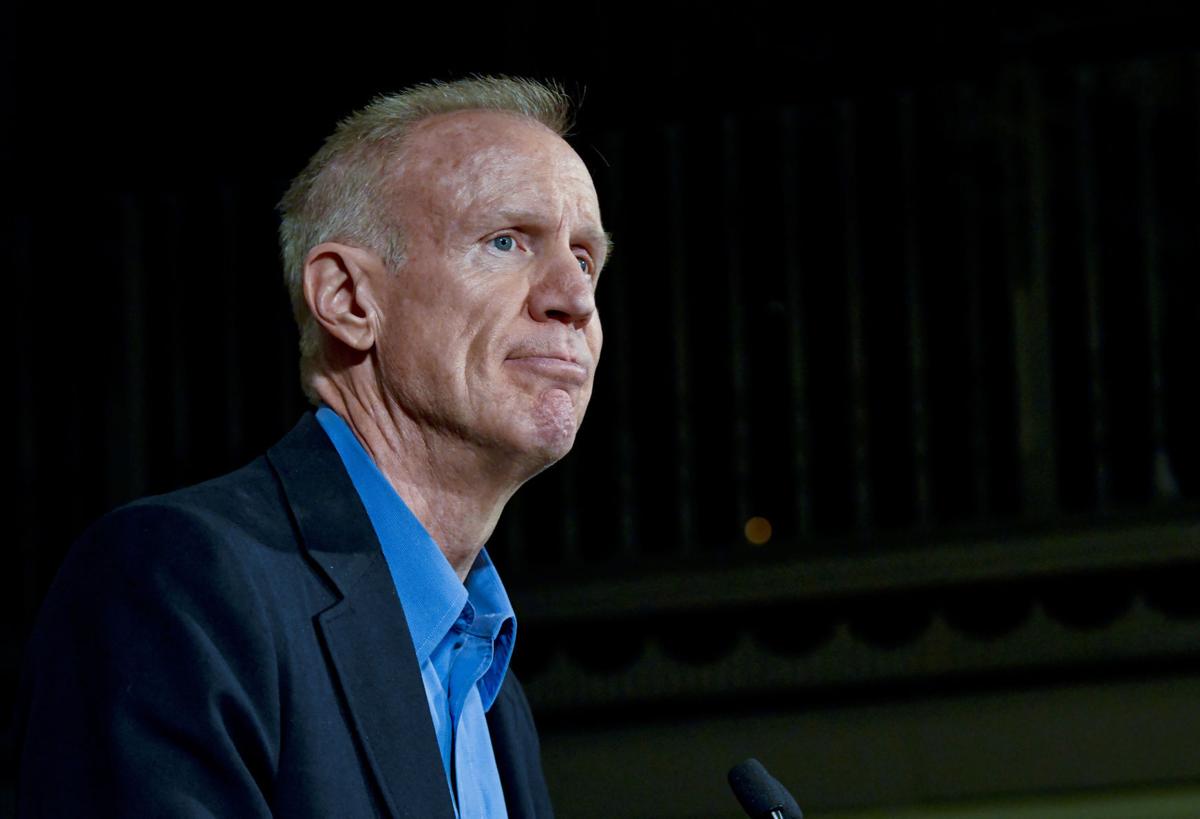