About 150,000 years ago, the area that is now known as Monroe County in southwest Illinois was covered in ice hundreds of feet thick.

When the ice melted, the water flowed into fractures in the area’s limestone bedrock. Over time, the water eroded a vast underground landscape of caves, springs and sinkholes.

A tourist attraction dating back more than a century, the Illinois Caverns is the second largest cave in the state.

But in 2010, officials closed the cave to the public in an effort to slow the spread of white nose syndrome, a fungus that kills bats — including the species that roost in Illinois Caverns in winter.

Last month, the Illinois Department of Natural Resources announced the cave would reopen. Visitors can once again don hard hats and wade through an underground stream to explore the cave’s geological treasures.

“It’s such a unique experience that no other place offers in Illinois,” said Mic Middleton, the site supervisor for the natural resources department. “We had so many people where, now they’re 50, 60 years old that said, ‘I remember going down there as a kid, and now I’m bringing my grandkids down there.’ It’s really neat to see that this little hidden gem in southwest Illinois is reopening.”

Gregory Valent, a retired caver who helped map Illinois Caverns in the late 1970s, said the cave was a good one for beginners to get their feet wet in — literally.

Being in a cave, “it’s like nowhere else on Earth,” Valent said. “Well, you’re not on Earth, you’re in Earth.”

In 1904, tourists flocked to the cave during the St. Louis Worlds’ Fair, when it was still situated on private farmland. The state of Illinois purchased the cave in 1985, and by the 2000s, the site averaged around 750 monthly visitors, according to Middleton, who has overseen the cave for 16 years.

The trip marked the kids’ first into a cave. “It was really cool. I loved how the rocks were shaped in different sizes,” Heidi said.

Located on a 120-acre preserve, the cave has about 6 miles of mapped passages. It boasts stalagmites, stalactites and other less well-known cave formations such as flowstone — sheetlike calcite deposits formed by running water, and soda straws — essentially hollow stalactites.

Gonzalez said she was disappointed the family did not see any bats, though they did find a frog.

Neither Heidi nor Kamden had been born when, in the winter of 2006, scientists in New York state started to make unsettling discoveries as they conducted routine bat population counts in caves there: Piles of dead bats, sometimes hundreds of them.

“They had no idea what was going on,” said Joe Kath, the endangered species project manager for the Illinois natural resources department.

With some trans-Atlantic collaboration, scientists figured out the bats were suffering from a fungal disease they came to call white nose syndrome, for the distinctive bright white fungal spores that formed on the muzzles of infected bats. European scientists often saw bats with a similar white fungus, it turned out, but they were more resistant to the disease.

Scientists think European bat populations may not be as susceptible to white nose syndrome because they co-evolved with the fungus. But on this continent, bats were dying.

The fungus that causes white nose syndrome thrives in caves, where the air is often humid and temperatures are cool. It spreads easily from bat to bat but cannot be transmitted to other wildlife or humans.

Researchers have not definitively proved how white nose syndrome got to North America. But the leading theory, Kath said, is that a person or group of people traveling from Europe visited a cave in North America while unknowingly carrying fungal spores on their clothes or gear. When they went into the cave, the spores fell off their clothing or gear.

Bats, said Mark Davis, a conservation biologist at the Illinois Natural History Survey, still carry a bit of a stigma but they’re critical to the ecosystem, providing essential services such as pest control and pollination. ”Thanks to bats we have tequila,” he said; the mammals are the primary pollinators of agave. Illinois’ corn and soy agriculture economy is dependent upon bats’ pest control services.

Throughout the mid- to late 2000s, Kath and other state biologists grew increasingly concerned about white nose syndrome’s westward trajectory. In 2010, the department made the difficult decision to close Illinois Caverns to the public to try to slow the spread of the disease.

Still, scientists couldn’t hold the fungus back forever. Kath was the first person to identify white nose syndrome in Illinois, in a bat in an abandoned mine in LaSalle County. A few weeks later, he confirmed the presence of the disease in Illinois Caverns too.

White nose syndrome is now found in at least 35 states and seven Canadian provinces. On average, species affected by the disease have a mortality rate that often exceeds 90%, Kath said, and about 6.7 million bats across North America have died from it since 2006. Some species are worse off; the tricolored bat and little brown bat, both species that hibernate in Illinois Caverns, are being evaluated for state and national endangered or threatened species status — in part because of the effects of white nose syndrome.

The disease never ravaged the bat population in the Illinois Caverns like it did populations that lived in other caves in Illinois. This is largely because the population of hibernating bats there has always been small; 15 to 20 bats, typically, as opposed to some caves that host hundreds each winter.

“White nose syndrome is ubiquitous throughout the caves here in Illinois,” Davis said. “This is a fact of life now that our bats have to live with, that us as researchers have to balance.”

Based on trends on the East Coast, Davis said, researchers hope Illinois may soon see the stabilization of death rates and slow increases in bat populations.

Still, Kath cautioned that without a cure for the disease, populations of many species of bats will likely continue to decline — potentially to the point of requiring legal protections.

And Davis added that modern bat populations are facing additional stressors, such as habitat loss and other fallout from climate change, that bats tens of thousands of years ago did not have to deal with.

“They’re really up against a wall,” he said.

‘Kill nothing but time’

Kara Pivarski, a biologist and the vice chair of the Windy City Grotto, a Chicagoland chapter of the National Speleological Society, started caving in college a couple of decades ago. But she’s never been to Illinois Caverns; the cave has been closed since she moved to the Midwest.

Pivarski enjoys looking for animals when she’s in caves. She loves bats, she said, but doesn’t see as many as before white nose syndrome.

The grotto often travels out of state for caving trips, Pivarksi said. Now, the group is planning a visit to Illinois Caverns. “I’m so thrilled,” she said.

Kath said the decision to reopen was based on the low incidence of white nose syndrome seen in Illinois Caverns recently, combined with the fact that the bat population there is small.

The caverns are open Wednesday through Sunday, 9 a.m. to 4 p.m., and entrance is free. For safety reasons, visitors must venture into the cave in groups of at least four, wearing sturdy boots and at least three sources of light per person. They must also wear a hard hat or bike helmet. Cave visitors are required to scrub their boots with bleach water before entering and exiting the cave.

Noah Walls, the conservation education representative based at the cave, recommends visitors dress warmly and bring a change of clothes for after their trek. “Prepare to get wet and muddy,” he said.

Valent, the veteran caver, leaves potential visitors with a motto well known in the caving world.

Watch now: Pritzker talks about decision not to attend Lollapalooza

Watch now: Pritzker talks about decision not to attend Lollapalooza

The change to federal guidance came as cases in Illinois and around the country continue to rise as the vaccination pace stagnates and mask mandates are relaxed.

An Illinois tax agency has ruled that former President Donald Trump is due a $1 million refund on the 2011 tax bill for his downtown Chicago skyscraper, but local officials are trying to block the refund.

An Illinois woman who was captured on video being bluff charged by a grizzly bear while she was taking photos in Yellowstone National Park has been charged with two offenses.

Driver in crash that killed 5 Illinois teens released from prison

A suburban Chicago woman convicted in a 2007 car crash that killed five teenagers has been released from prison after nearly 12 years, the state's Department of Corrections said.

Illinois COVID-19 cases top 2,000 for 1st time since early May as positivity rate surges to highest level since mid-April

“Don’t think that just because on some given day we don’t have a mitigation in place that we can’t, as a result of the significant rise in cases, decide that it it time for people to put on masks,” Gov. J.B. Pritzker said.

Here's how the first day of Lollapalooza went in Chicago

The festival is the largest gathering of its kind in Chicago since before the pandemic.

"This incident is one of tragic and unfortunate circumstance, one not contemplated by criminal punishment," Rock Island County State's Attorney Dora Villarreal said. 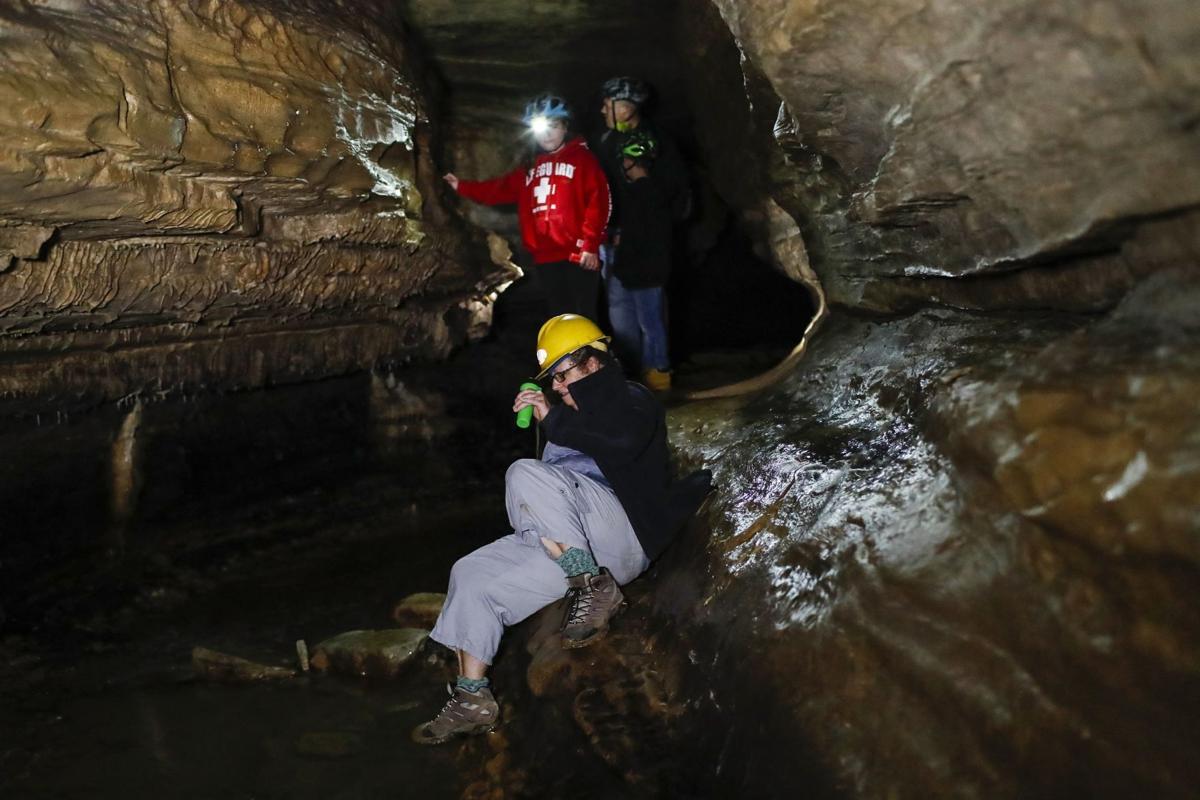 Lynne Gonzalez, 56, of Prairie du Rocher, sits on the ground as she and her family hike in the reopened Illinois Caverns in Waterloo on July 15. The caverns have been closed for more than a decade because of fears of spreading the fungus that causes white-nose syndrome in bats. 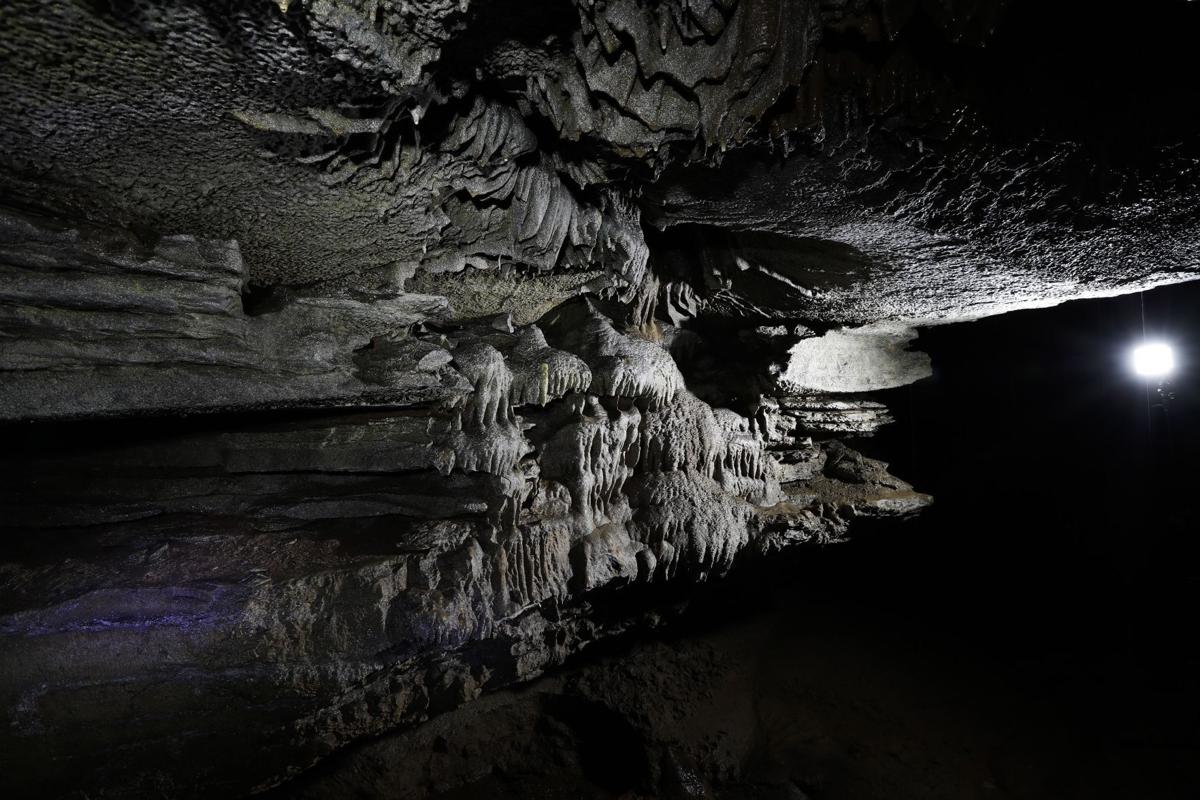 A light illuminates a cave wall July 15 inside the Illinois Caverns in Waterloo. 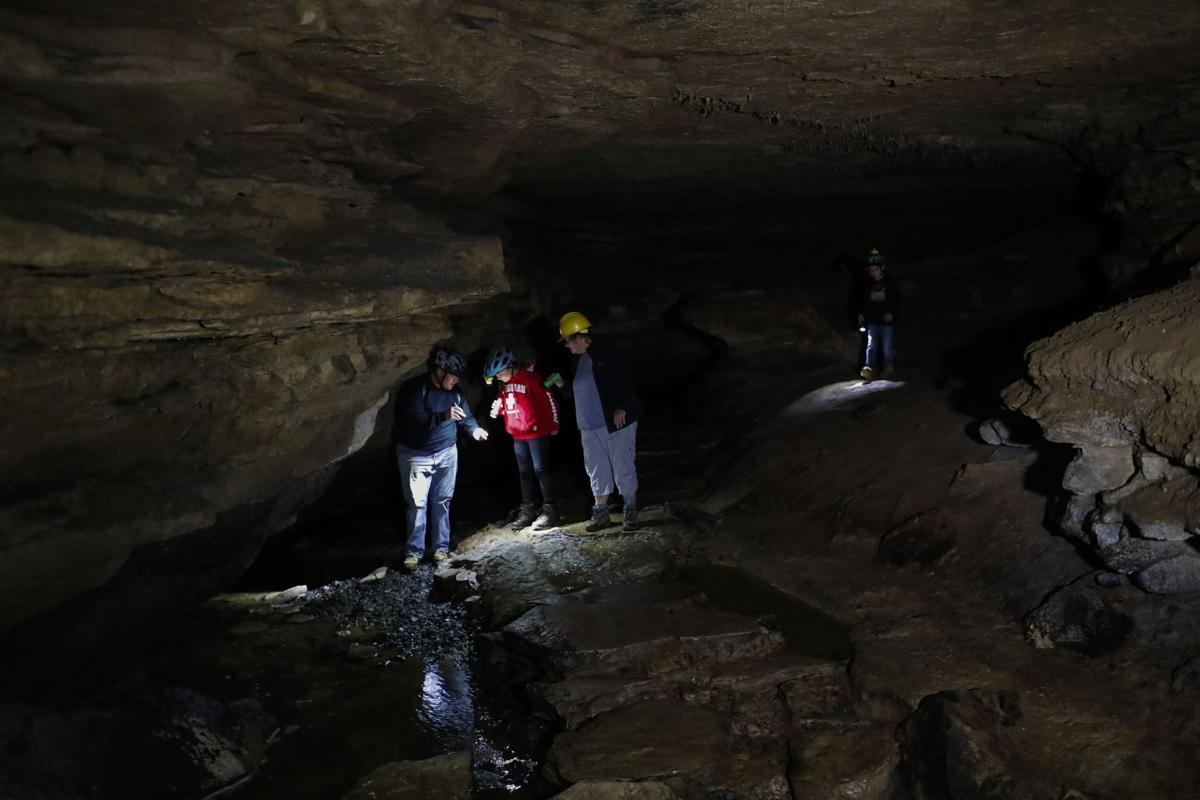 David McArthur, 31, of Imperial, Missouri, from left, shows a rock to daughter Heidi, 10, and aunt Lynne Gonzalez, 56, of Prairie du Rocher, on July 15 at the Illinois Caverns in Waterloo. 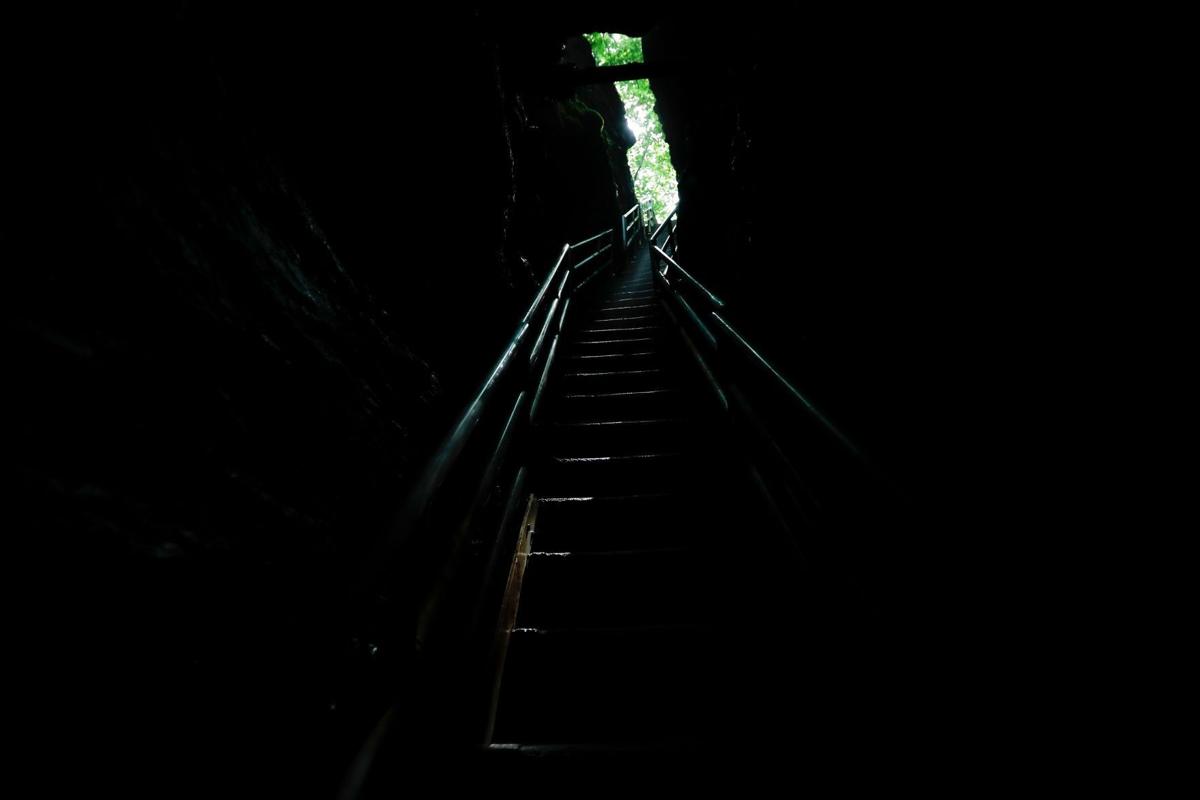 A view looking up at the steep entrance of Illinois Caverns in Waterloo on July 15. It's the second largest cave in the state.