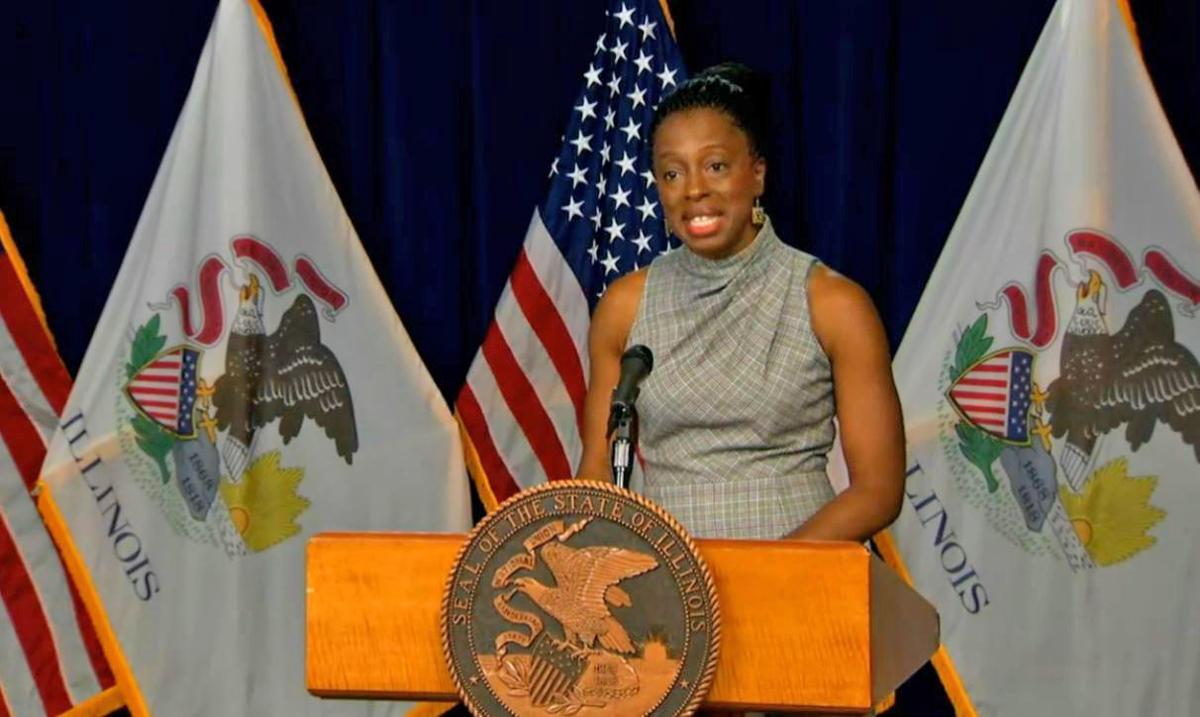 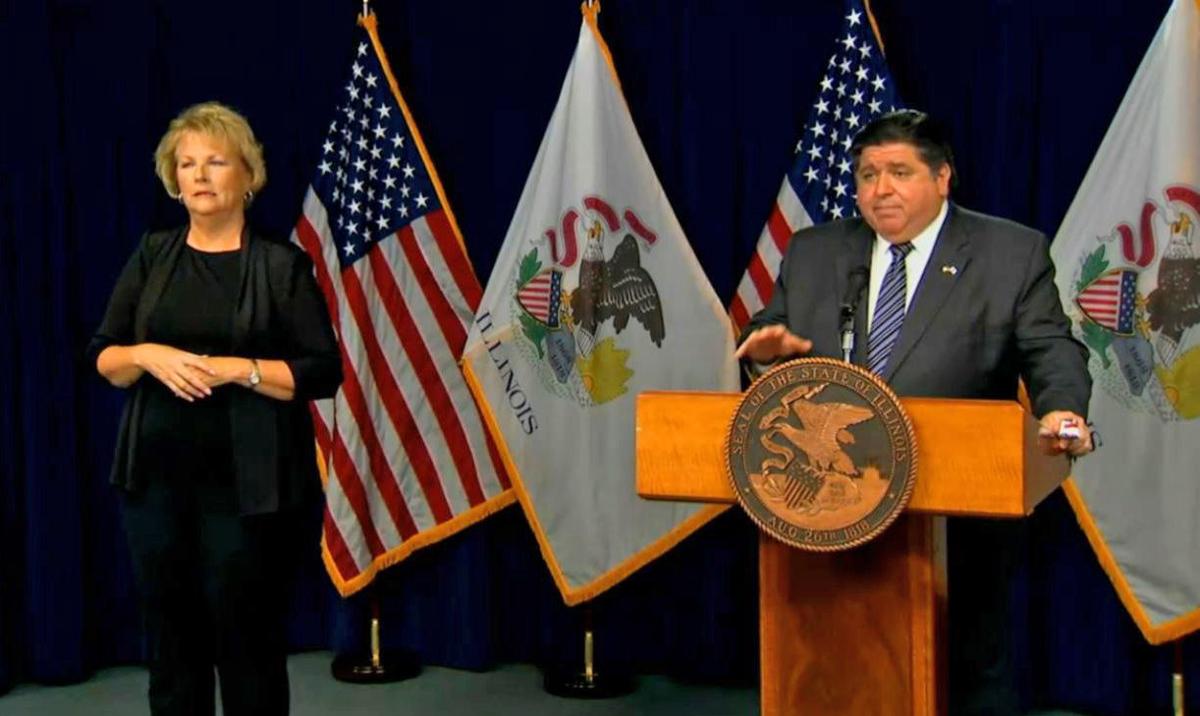 Gov. J.B. Pritzker speaks during a news conference Wednesday in Chicago to provide an update on the latest COVID-19 statistics in Illinois. The governor said Illinois’ numbers are indicating a “concerning direction.”

Dr. Ngozi Ezike, Illinois Department of Public Health director, said holiday celebrants should dine outside when possible, consider pre-plating food and having dishes served by a single person rather than serving buffet-style, and always wear masks when not eating or drinking.

Those hosting indoor gatherings should open windows and consider spacing out the gathering in multiple rooms or seating immediate family members together. The number of people going in and out of the area where food is being prepared should be limited.

Those who will be traveling for the holidays should limit exposure two weeks before travel, and travelers should consider options that allow for social distancing and should always wear face coverings.

The holiday season and the new guidance comes as all of the state’s 11 COVID-19 mitigation regions are seeing increases in their positivity rates from a week ago, Gov. J.B. Pritzker said at the news conference.

The statewide seven-day rolling positivity rate increased for the 10th straight day to 4.6%, and hospitalizations for the virus increased to 1,974, their highest number since June 12. IDPH reported another 2,862 confirmed cases of the virus among 52,669 tests results reported over the previous 24 hours. The state reported 390 intensive care beds and 153 ventilators in use by COVID-19 patients at the end of Tuesday as well.

The state also reported another 49 virus-related deaths over the previous 24 hours, driving the total casualty count since the pandemic began to 9,074 among 327,605 confirmed cases and more than 6.4 million test results reported.

Ezike was asked about “excess deaths,” or the number of deaths this year exceeding expected averages, which could number up to 12,842, according to the U.S. Centers for Disease Control and Prevention.

She said the numbers above the 9,074 death count could result from undiagnosed COVID-19 cases or unintended consequences.

“Some of them will be COVID deaths that were not diagnosed when we didn't have the robust testing. Some of them will be people who may have, because of the devastation of this really traumatic event that we're going through, have had overdoses. We know that overdoses have increased. Some of it may have been people not seeking care, because they were scared of COVID. So it's a conglomerate of all of those things that have caused the deaths to be much higher than they were, than they have been, in previous years.”

She was also asked about deaths that have come from accidents but had COVID-19 listed on the death certificate, and she said IDPH has examined deaths and found that it was “less than 0.6%” of deaths were attributable to cases where COVID-19 would clearly have had no role, such as homicides or car accidents. Previously she has said the state works to remove those deaths from official case counts.

“So yes, there are some other that are included, but those are not the 99.9% of the cases of the deaths that we've had,” she said.

Region 1 of the state’s reopening plan, which has been under increased mitigations including the closure of bars and restaurants to indoor service since Oct. 3, saw its positivity rate increase to 10.1%. That region includes the northwest part of the state.

Region 5, which includes Southern Illinois and surpassed the 8% threshold for mitigations one day ago, saw its rate decrease to 7.7%. Three straight days above 8% would put the region into increased mitigation territory.

Ezike also announced that Region 6, which includes Champaign County in east-central Illinois, would once again have Champaign County tests counted in its positivity rate calculations, but any tests conducted at the University of Illinois would be excluded. Those tests are done on a surveillance basis on the UI campus and generally produce positivity rates below 1%.

Pritzker said the numbers are indicating a “concerning direction.”

“Statewide, our positivity rate has grown by more than one full percentage point in the last week alone,” he said. “And in most regions, COVID-like hospital admissions have increased in the same period of time. To date, Illinois has had relative success in keeping this virus at bay. And we're still doing better than many of our neighbors but we can't let up.”

Ezike said information on the next phase of high school sports would be “released very shortly.”

Gov. J.B. Pritzker speaks during a news conference Wednesday in Chicago to provide an update on the latest COVID-19 statistics in Illinois. The governor said Illinois’ numbers are indicating a “concerning direction.”