Illinois families from low-income communities and those living in some of the wealthiest enclaves in the state found common ground this week, with school district results from the state’s 2021 student assessments showing declines in academic proficiency during the COVID-19 pandemic across all demographics.

The data from roughly 90% of Illinois school districts that delivered the mandated Illinois Assessment of Readiness to students in spring in third through eighth grades and the SAT to high school juniors were unveiled this week, revealing a stark yet not unexpected snapshot of the pandemic’s impact on academic achievement.

The data released Thursday provides results for individual schools, which in some Chicago high schools shows none of the students meeting expectations in reading or math. Statewide, nearly 17% fewer students met grade-level standards in English language arts in 2021 than in 2019, and about 18% fewer students met grade-level standards in math. One in five students statewide was reported as chronically absent during the 2020-21 school year.

Participation rates were also lower in many districts than in prior years, with about 70% of students taking the test at schools statewide that tested in the spring.

State Superintendent of Education Carmen Ayala said in a statement, “Assessment data gives local communities more insight into the impact of the pandemic on their students and what they need to recover.”

“We are confident that the full return to safe, in-person learning and the significant state and federal investment in our schools will provide the conditions for all our students to thrive in the coming years,” Ayala said.

Kathi Griffin, president of the Illinois Education Association, one of the state’s largest teachers unions, said the test results “illustrate exactly why we did not support the federal government’s requirement to have students take a standardized test during a pandemic.”

“Testing students after COVID, which caused many students to learn virtually, created unneeded angst for students who are experiencing the trauma and stress from the pandemic,” Griffin said.

A spokesperson for Chicago Public Schools did not specifically address student test scores, but said the state’s largest school district, “continually strives to provide all students with a well-rounded high-quality education.”

“The District began this school year with an emphasis on supporting students academically as well as socially-emotionally while addressing the ongoing impacts of the pandemic on their educational experience,” officials said in a statement that noted participation rates in state assessments were lower than in a prepandemic year.

At Mount Prospect School District 57, where one elementary school had just 25% of third-graders meeting or exceeding expectations in English language arts, Superintendent Mary Gorr said officials “anticipated that we may see some dips in our scores, and we did see some dips.”

“School closures disrupted the typical routines and expectations our students had for learning,” Gorr said. During the last school year, the district had “students who stayed remote for the entire year and others who moved from remote learning to a hybrid model to in-person learning.”

“Many of our students, families and teachers faced different types of losses. All of this influences how students are able to access and engage with their learning,” Gorr said.

The state did not offer testing online, but Gorr said students who were still in remote learning at the time had the opportunity to take the test in person, though it was not a requirement. About 20% of the district’s students did not take the test during the 2020-2021 school year, she said.

Although the state’s IAR testing is completed in the spring, school districts do not receive their assessment results until the fall, making it “difficult to base instructional decisions on the results of the IAR,” Gorr said.

At Crow Island School in Winnetka — a North Shore village that is among the most affluent communities in Illinois — 55% of third graders met or exceeded state proficiency standards on the IAR English language arts assessment.

In 2019, districtwide about 72% of students met or exceeded English language arts proficiency standards, according to the ISBE website.

“I think all students were impacted by the pandemic and there will be variance in test scores due to the dramatic change in their daily lives,” District 36 Superintendent Trisha Kocanda said.

“There were also some amazing growth opportunities for our children — and staff — as they developed more resilience and deeper appreciation for learning in school,” Kocanda said.

Kocanda described the state’s federally-mandated IAR assessment as “one snapshot that is currently void of any diagnostic data at this time, so it is hard to use the information effectively for instructional planning.”

Peter Tragos, the assistant superintendent for curriculum and instruction at New Trier High School, said as officials had anticipated, the hardships posed by the pandemic led to a slight dip in 11th grade SAT proficiency rates.

In 2019, about 82% of New Trier juniors met or exceeded state proficiency standards on the English language arts portion of the SAT, dropping to 80% of students in 2021.

A small slide was also evident in the Winnetka high school’s SAT math scores, with 81% of students meeting or exceeding state proficiency standards in 2019, declining to about 77% of students in 2021.

“We were in a COVID situation when students took the SAT last spring, and we’re still in a COVID situation,” Tragos said. With an increasing number of colleges and universities across the U.S becoming test optional in regards to admissions, some students no longer view the state testing as necessary to their application process, he said.

“I’m hoping this can give us a moment of reflection about standardized tests, and what they measure, if anything, especially during a pandemic,” Tragos added.

Christy Borders, the director of the Illinois Tutoring Initiative with the College of Education at Illinois State University, said when evaluating pandemic-era student test scores, it is imperative to first consider the unprecedented challenges still facing teachers and students.

“We don’t want to use the words ‘learning loss,’ because it is really a learning disruption, and a very traumatic disruption,” Borders said.

“I don’t think there is any other industry during the pandemic that we’ve had the kind expectations there are for schools. ... We need to look at progress, not perfection,” Borders added.

On a recent morning at Jane Addams Elementary School in Palatine, the northwest suburban school’s gleaming hallways were decorated with Thanksgiving turkey-themed student artwork, while classrooms were humming with children engaged in dual language learning.

More than 60% of the students at Jane Addams are from low-income families, many of whom are essential workers who endured the brunt of the pandemic, yet have still signed up to volunteer for the school’s new parent mentor program, Principal Amy Molinsky said.

“These parents are so motivated to help out, and they can’t believe they’re getting the chance to teach kids how to read,” Molinsky said. “They are also starting to feel more comfortable in the school building, while closing the gap on education in the classroom.”

But Molinsky said standardized test scores fail to tell the many stories illustrating the school community’s strengths and achievements: From a student’s grandmother who works the night shift at a local factory, gets a few hours of sleep and then volunteers in the classroom before heading home to make dinner, to students as young as kindergarten who are already fluent in three languages.

Betty Zarzo walks to the school each morning to serve as a classroom mentor. A mother of two and recent immigrant from Peru, Zarzo said her 8-year-old daughter has already expressed an interest in becoming a teacher, while her 20-year-old son, who works at a local grocery store, is looking forward to starting his studies at Harper College in January.

“In my country, I was a nursing technician, but now, my goal is to become a teacher’s assistant,” Zarzo said, adding: “I want to help the children in school, and I also get to practice my English.”

Dan Montgomery, president of the Illinois Federation of Teachers, said educators, students and families “have shown amazing levels of resilience during this pandemic. ... Unfortunately, this isn’t measured in standardized test data.”

“If we only measure and value student learning with standardized tests, then we ignore and invalidate the deep learning of different kinds that did take place in the past year,” Montgomery said.

Educators report burnout, exhaustion and no clear end in sight.

Couple who got $105,000 bill from Chicago Public Schools over residency dispute fights back in court

A family is fighting a $105,000 tuition bill from Chicago Public Schools after the district determined three of the children did not live in the city while attending selective enrollment schools. The CPS inspector general’s office called the case “especially egregious” in its recent annual report.

Problems are made worse by the pandemic.

School officials across Illinois say a shortage of teachers and substitutes is forcing them to cancel course offerings, move them online or fill open positions with people who are not fully qualified.

Frontier Airlines to begin flying out of Midway Airport in April

Frontier used to fly out of Midway, but left the airport in early 2015 to consolidate operations at O’Hare International Airport.

One search, two boys found: The Missouri Miracle 15 years ago

The trail of a child kidnapping in 2007 led to an apartment in Kirkwood where Shawn Hornbeck, missing for more than four years, was found too. 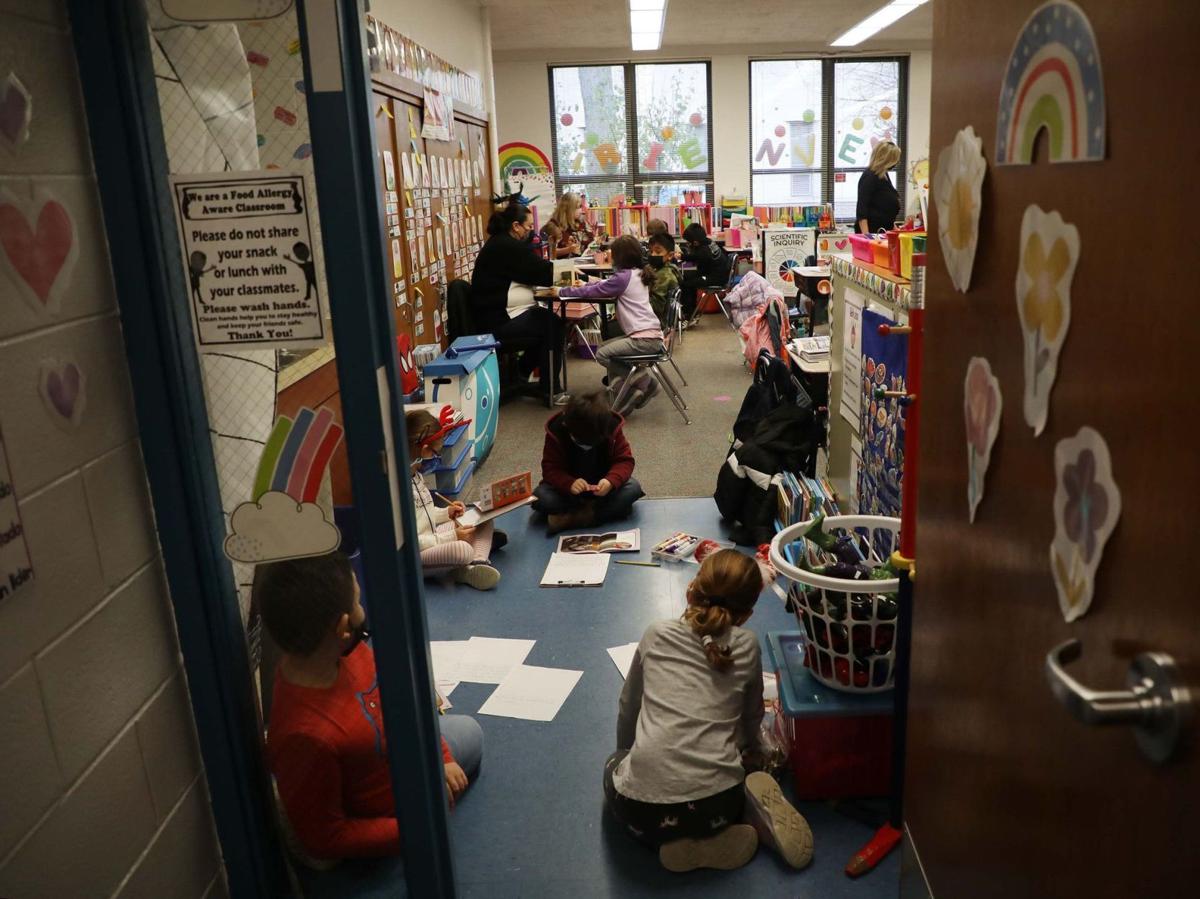 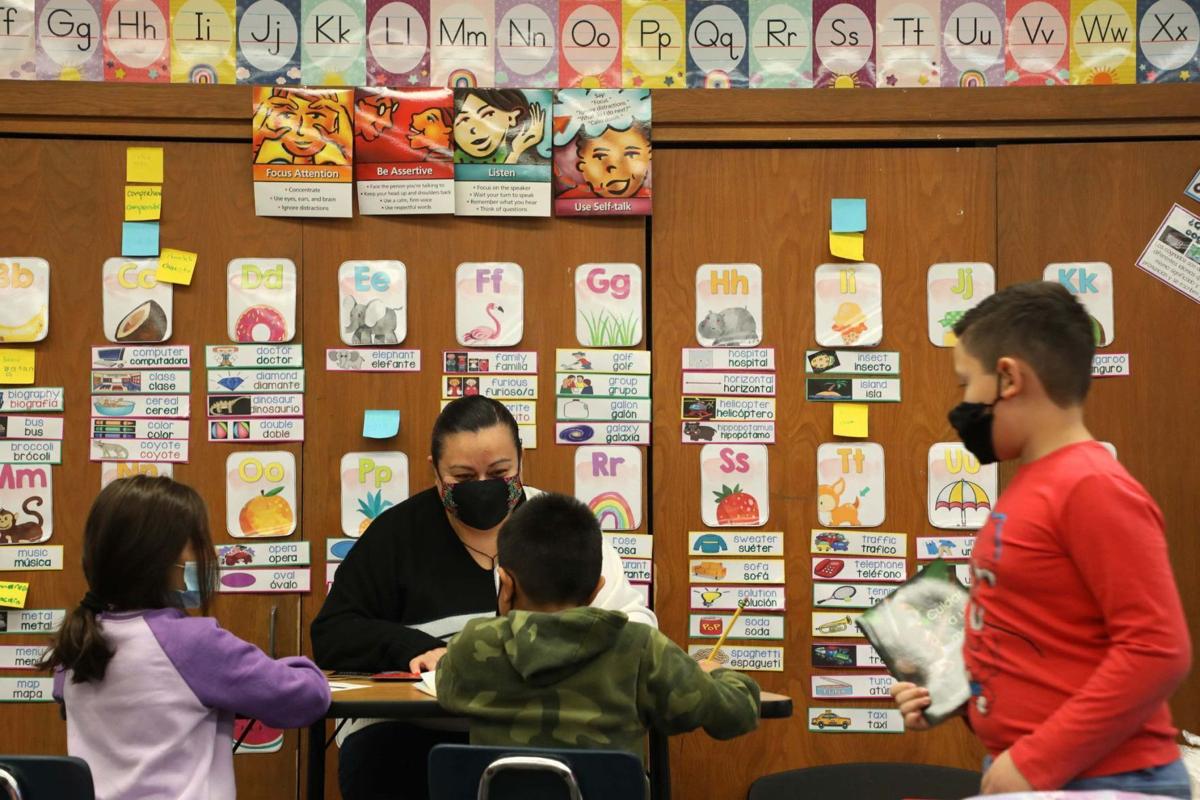