Subscribe
Read Today's E-Edition
Share This
One year after the US withdrew from Afghanistan, refugees find support in Chicago
0 Comments
Share this
Dia Gill Chicago Tribune

CHICAGO - A year ago, former Afghan soldiers Rahimullah Zaland and Khan Madin Ashana fled their home country as the United States withdrew the last of its troops in dramatic airlifts in the final weeks of August. They spent months traveling separately through different countries, looking for a safe haven before landing in Chicago.

“When I came here to Chicago, I was not used to the environment because this place was really cold,” Zaland said. “I arrived here in the winter; it was really difficult for me to manage my life here in the beginning. I had to solve so many personal problems in the first two months.”

The soldiers turned refugees were among the tens of thousands of Afghan citizens who left the country as the United States evacuated more than 120,000 people, including Afghans, U.S. soldiers and American citizens, in its final days in the war-torn country. After 20 years, the final exit from Afghanistan ended America’s longest war but was deemed a failure by many as the Taliban regained control of the country.

“We were furious that the situation was getting worse in the country after we left,” Zaland said, with the help of an interpreter from resettlement agency RefugeeOne. “I’m always worried about our relatives there, however, I don’t know what will happen in the future.”

Within weeks of arriving, Zaland and Ashana were introduced to Eli’s Cheesecake Co. through RefugeeOne, a resettlement agency that assists refugees with finding employment, schools, language services, applying for Social Security cards and more. Both now work as production associates at Eli’s factory in the Dunning neighborhood.

Approximately 2,500 refugees from Afghanistan have settled in the Chicago area since last August, according to the Illinois Department of Human Services.

Eli’s has earned a reputation for employing refugees and cultivating their careers during its 30-year partnership with RefugeeOne, the largest resettlement agency in Chicago.

Elias Kasongo, Eli’s vice president of procurement, joined the company 28 years ago as a refugee from the Congo, beginning in the dish room before rising to a senior executive position.

Since the United States started accepting refugees from Afghanistan, Eli’s has hired more than 50 Afghan refugees. Currently, about 25% of its employees are refugees from around the world, according to President Marc Schulman.

“In the beginning when we came here we had a hard time applying for jobs because we didn’t have any language capabilities, and that was our biggest problem,” Ashana said, with the help of an interpreter.

Eli’s provides practicing Muslims in the company with a prayer room attached to the factory to accommodate daily prayers and will soon be offering employees English classes as well.

Cultural and religious organizations in the Chicago area also offer a number of programs supporting migrants.

Atya Kazmi, family services coordinator for the Islamic Circle of North America, said refugees have reached out to ICNA for help when resettlement agencies can’t meet all of their needs. The organization works to provide migrants with everything from winter coats to kitchen utensils to children’s toys, as well as culturally appropriate items such as hijabs and long tunics.

“That’s the challenge for us is to provide. So many people reach out to us because it seems they are getting very few things from their own agencies due to the large number of people who have come to Chicago,” she said.

ICNA accepts donations of new items through scheduled drop-offs. Currently, they are in particular need of strollers, car seats and new baby clothes.

In partnership with three other nearby Episcopal churches, Trinity Episcopal Church in Highland Park took in two refugees in July, one of whom eventually reconnected with family in Colorado, and recently received another, according to the Rev. Bryan Cones. Church members felt compelled to support incoming refugees for a number of reasons, he said.

“Partly due to our religious conviction, that is our job and obligation to welcome and provide hospitality to people that are migrating,” he said. “Among some of our members, we also feel a certain moral responsibility to Afghan migrants of our country’s involvement in Afghanistan and what many of us see is our failure in Afghanistan to secure the place or provide what we promised.”

Like Zaland and Ashana, all three refugees the church has taken in have been young men in their late teens and 20s who left Afghanistan amid the evacuations without any family or friends.

In addition to helping refugees become self-sufficient, Cones said the church has sought to address possible feelings of isolation by including them in church events and parties, as well as helping them find and join local Muslim communities.

The church partnered with Sponsor Circle, an alternative resettlement agency that supports people taking on resettlement responsibilities in their communities. One month in, Cones said he realized just how little he and his fellow sponsors knew before undertaking the project.

US florists in high demand amid a flower shortage, wedding boom

“So our migrants are Shia Muslims … but there’s a smaller Shia community in Chicago, so it took several tries to find a mosque — you just can’t go to any mosque. Like churches, they’re diverse in the way that they pray and the cultural heritage they reflect, and so we’re taking some time to help them find a place that they feel more at home,” he said.

Zaland and Ashana, who both live in Rogers Park separately, have found a community in their neighbors and new friends. Ashana noted the large Muslim community in Chicago, and said many of his neighbors are also Muslims from countries such as India, Pakistan, Syria and Iraq.

A recent report from the Illinois Muslim Civic Coalition, Institute for Social Policy and Understanding, and the University of Illinois at Chicago’s Institute of Policy and Social Engagement found that there are now more Muslims per capita in Illinois than any other U.S. state, sparking optimism across Chicago’s Muslim community.

“It is true that I don’t have family, but I always think about them,” Zaland said. “However, I receive so much love from Americans and from all the people living close by to me that I almost forgot about my family at home.”

For the future, Zaland and Ashana both hope to build fulfilling lives in Chicago.

“I want to have an easy life,” Ashana said. “I want to buy a car. I want to solve my little issues. Everyone has a goal in front of them, I also have this kind of goal.”

Judge approves $100M Google privacy deal. Here’s how much Illinois residents will get.

Illinois residents who filed claims for a cut of Google’s $100 million class-action settlement over alleged violations of state privacy law could receive checks of about $154 each.

Toddler in SUV killed in drive-by shooting in Chicago

Chicago police say a 3-year-old boy was shot and killed in a drive-by shooting. They say the boy was riding in an SUV with his mother and three other children around 8:40 p.m. Friday on Chicago’s southwest side when someone in the rear seat of a car opened fire, striking the boy in the head. Police say the boy was taken to Advocate Christ Medical Center in Oak Lawn, where he was pronounced dead hours later. No other injuries were reported. Police say no arrests have been made in the case.

Woman killed after carjackers crash into her car during spree, Chicago police say

A 55-year-old woman died after alleged carjackers on a spree crashed a car into the Toyota she was driving Wednesday night on the Southwest Side, according to Chicago police.

Gov. J.B. Pritzker resisted, but did not rule out, a call to close Choate Mental Health and Developmental Center in southern Illinois after reporters found widespread problems.

Toddler in SUV killed in drive-by shooting in Chicago

A 3-year-old boy was shot and killed in a drive-by shooting, Chicago police said.

During a hearing, prosecutors said the aunt pushed the boy into the lake, then stood by as he sank. Divers found him at the lake bottom a half hour later.

Illinois retirees may be owed up to $300 in tax rebates, but they may have to file for it

Illinoisans who meet income guidelines may be eligible for a property tax rebate, but those who did not have to file an income tax return in 2021 will need to apply.

Here's what to know about the measure called the “Workers’ Rights Amendment” by supporters and “Amendment 1” by opponents.

Pritzker has contributed $1 million to the campaign of Democratic secretary of state candidate Alexi Giannoulias even though Pritzker just four months ago backed Giannoulias’ opponent in the primary.

Trees and power lines knocked down by Ian

Trees and power lines knocked down by Ian 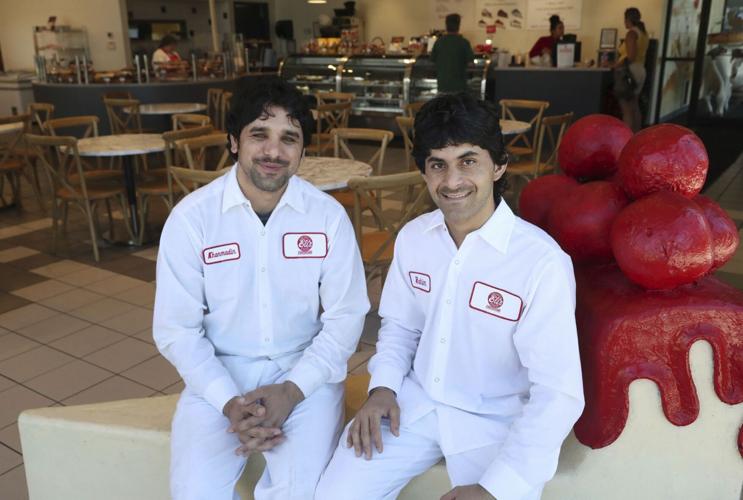 Khan Madin Ashna, left, and Rahimullah Zaland sit on a fiberglass cheesecake slice at Eli's Cheesecake in the Dunning neighborhood. 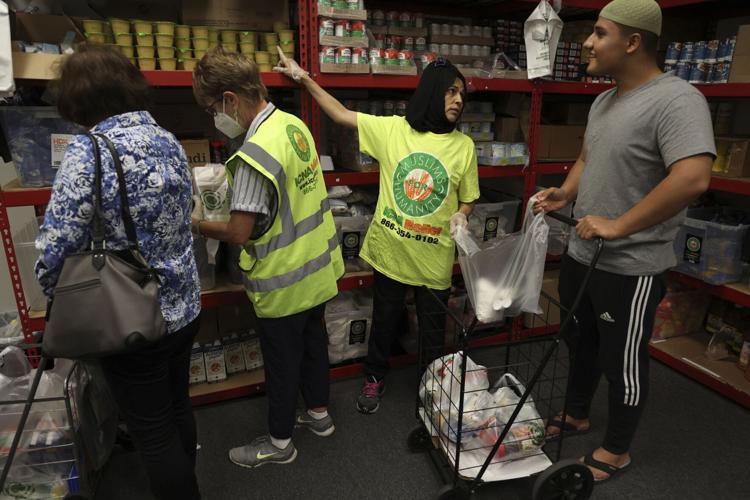 Afghan refugee Rohid Rahimi, right, lines up for food from volunteer Zebunnisa Cheema, center, as he and dozens of Afghan, African, Syrian and Palestinian refugees and community residents line up for the food pantry at the Islamic Circle of North America in Chicago, Aug. 11, 2022.