DECATUR – A law passed in 2019 requires Illinois school districts to have threat assessment protocols and a trained team to respond in case a threat is detected.

Two Illinois legislators, Reps. Fred Crespo (D-Streamwood) and Tony McCombie (R-Savanna) announced at a news conference on Wednesday that they have introduced a second bill that would track the compliance of districts.

“We need to take immediate action to keep our students, our staffs and our communities safe,” said Kathi Griffin, president of Illinois Education Association. “To do that, we need to make sure our districts are following the law and by making sure we have enough mental health professionals in our schools.”

A mass shooting in Oxford, Mich. on Nov. 30 by a student resulted in four students killed and seven people wounded, including a teacher. The suspect, Ethan Crumbley, and his parents have been charged in the incident, and evidence is that the young man's behavior prior to the shooting raised several red flags that were not addressed. In one example, he had drawn a gun, a victim, and written the plea, “The thoughts won't stop. Help me.” Yet his parents gave him a handgun as an early Christmas present.

“Every incident, when someone in a school is injured at the hands of another is heartbreaking,” Griffin said. “And we need to make sure we are doing everything we can to prevent that in Illinois.”

House Bill 1561, passed Aug. 26, 2019, requires districts the have a threat assessment plan filed with their Regional Office of Education that is reviewed by the school board annually, but only updated by the district every four years.

“Today the IEA is addressing the increased violence in our schools by calling for school administrators to immediately comply with the School Threat Assessment law,” Griffin said, announcing new legislation to track which districts are following the law, and reminding school districts that they can use ESSER (Elementary and Secondary School Emergency Relief fund) dollars to hire mental health staff to support our students.

While Griffin and the legislators could not provide numbers of districts not in compliance, Griffin said reports from teachers are showing that there is an increase in fights, children even in lower grades behaving in ways that teachers have never seen in the past, a lack of social skills and outbursts that Griffin attributes to the COVID-19 pandemic and the extra stressors that are affecting adults and children alike.

“I've talked to some school districts and some attribute (their lack of compliance) to COVID,” Crespo said. “It might be true or not. I don't know. But we did put this in place because we need to make sure our students and teachers are safe. That's the driving force behind this. What we expect now is to put some language in the trailer bill to make it very clear that we have a process to monitor and enforce that these teams and these processes are in place.”

The information on a district's threat assessment procedures would be part of the Illinois Report Card so the public could see it.

“Schools would be on the hook if they see signs (of a troubled student) and don't react,” Crespo said.

Griffin said the idea is not to punish districts, but to help the students. With additional mental health staff, nurses and social workers, a student could get the help he or she needs to prevent an incident rather than for districts to react after an incident has occurred.

“The point is to prevent tragedy,” McCombie said. “It's not about who is penalized.”

Educators report burnout, exhaustion and no clear end in sight.

Couple who got $105,000 bill from Chicago Public Schools over residency dispute fights back in court

A family is fighting a $105,000 tuition bill from Chicago Public Schools after the district determined three of the children did not live in the city while attending selective enrollment schools. The CPS inspector general’s office called the case “especially egregious” in its recent annual report.

Problems are made worse by the pandemic.

School officials across Illinois say a shortage of teachers and substitutes is forcing them to cancel course offerings, move them online or fill open positions with people who are not fully qualified.

One search, two boys found: The Missouri Miracle 15 years ago

The trail of a child kidnapping in 2007 led to an apartment in Kirkwood where Shawn Hornbeck, missing for more than four years, was found too.

Federal health officials have mandated use for those who are most likely to become seriously ill from COVID-19. Everyone else should rely on the widely available vaccines, health experts say.

Yacht squeezes under bridge with less than 5 inches of clearance

Powering your home or business with green energy

Powering your home or business with green energy

This sea toad has fins that act like feet

This sea toad has fins that act like feet

Car tires recycled as mobile shelters for cats in Cairo

Car tires recycled as mobile shelters for cats in Cairo 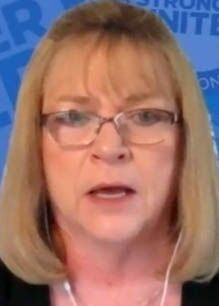