BLOOMINGTON — For one Central Illinois veteran, the experience of serving in Afghanistan taught him how to be a leader. For another, it soured him to the entire war. A third had already been a Marine for seven years when he was part of the initial invasion of Iraq.

The 9/11 attacks were a turning point for the American military — and the start of a chain of events that continues today. The U.S. had invaded and overthrown the Taliban government in Afghanistan before the end of the year and invaded Iraq in 2003. Veterans' experiences in those wars are as varied as the people who served.

A total of 181,510 people enlisted in the active-duty ranks in fiscal year 2002, which started three weeks after 9/11, according to the group United Service Organizations. The surge came as Americans struggled to make sense of the horrors of the attacks and a deep sense of responsibility to respond.

Twenty years later, the feelings are less raw but not less real, veterans who spoke to The Pantagraph said.

'The world was under attack'

Stuart Henderson joined the Marines in 1984 after graduating from Bloomington High School after a brief stint at Illinois State University. He was on active duty until 1989 and then in the U.S. Marine Reserves. He was recalled to active duty for Operation Desert Storm and Desert Shield, but never deployed to a combat area.

“It didn’t sit well with anyone. The world was under attack,” he said.

Henderson had decided to rejoin the Corps after the Battle of Fallujah, a central battle during the insurgency in Iraq following the overthrow of Saddam Hussein.

“The Marine Corps was having a difficult time in combat with the insurgency in Iraq,” Henderson said.

After serving in Horn of Africa and a period back in the States, Henderson again had an opportunity to deploy, this time to Afghanistan.

“I’m humbled … I’m incredibly humbled that I was given the opportunity from (age) 41 to 50 to wear the cloth of the Marine Corps,” he said.

While Henderson was in Afghanistan, he served as a protective service agent, driving and providing protection to military dignitaries like Secretary of Defense Robert Gates, Gen. Jim Mattis and Adm. Michael Mullen, then chairman of the Joint Chiefs of Staff. Henderson’s 22 missions took him everywhere in the country except Kandahar, he said.

Bloomington resident Travis Wheet joined the Illinois Army National Guard in 2004. He was sent to eastern Afghanistan during 2008 and 2009.

It was clear to him during his time there that the civilians of the country did not want America there, he said. He regrets the deaths of the local Afghans, along with the American service members, all of whom died for what Wheet sees as nothing.

“Imagine if a foreign government and its military invaded and occupied the U.S. No one here would take too kindly to that,” he said.

Aaron Charlton, now a marketing professor at Illinois State University, joined the Army ROTC while an undergraduate student at Brigham Young University. From there, he was on active duty for four years starting in 2002. That included a tour in Iraq and a tour in Afghanistan.

During both tours, he led a platoon that was a part of missions and patrols into the surrounding communities. In Iraq, and to a lesser extent Afghanistan, he also helped train local security forces.

Nearing 20 years later, it is the cultures that stick out to Charlton, from the spices used in the cooking to the various ethnic groups that inhabited the area.

“There were entirely different civilizations and cultures,” he said.

Jeremy Shipley spoke to The Pantagraph in January 2003, as he was getting ready to deploy as part of the Marines. He ended up being part of the initial invasion of Iraq, which began that March.

Shipley joined in 1996, after a recruiter visited his high school in Forrest. The 9/11 attacks put everybody on edge, he said. There was a lot of uncertainty and he felt that the Marines he was serving with wanted to find a way to go someplace and prevent any future attacks.

For Shipley, the memories that stick out the most are from driving through Iraqi villages along the way. They looked thankful and appreciative as the coalition forces drove through, he said.

The U.S. finished its military withdrawal on Aug. 31 of this year, following a quick takeover of the country by the Taliban.

Charlton said he never opposed the withdrawal from Afghanistan. He believes it was necessary, but not done perfectly.

Wheet agrees that the withdrawal was necessary, but said he wishes the process had been done differently, especially with the Aug. 26 attack that also killed more than 150 Afghans. Wheet said there has been too much focus on the Americans who died in the attack, and not the additional Afghan deaths after what he described as “countless” deaths in 20 years of occupation.

Reasons people join the military vary widely, Wheet said. He joined for college money. Carlton joined in part as a way to pay for college, but he came to enjoy the camaraderie of the ROTC and the sense of serving a greater cause. Shipley did not need money for school; he joined because he knew college was not going to be the right fit for him.

All four veterans are glad they joined and feel they benefited from serving. For Carlton, it was a chance to learn leadership and have a lot of responsibility at a fairly young age. Serving in the military forces you to take on responsibilities far quicker than in civilian life.

Looking back, Wheet is glad he enlisted, but regrets that he ended up serving in this specific war.

“Twenty years of one country occupying another and countless people died … and none of them should have,” he said.

Never forget: Honoring 9/11 through the years in Bloomington-Normal

The Centers for Disease Control and Prevention (CDC) published the findings of three separate studies on Sept. 10.

US to spend $2.1B to improve infection control

US to spend $2.1B to improve infection control 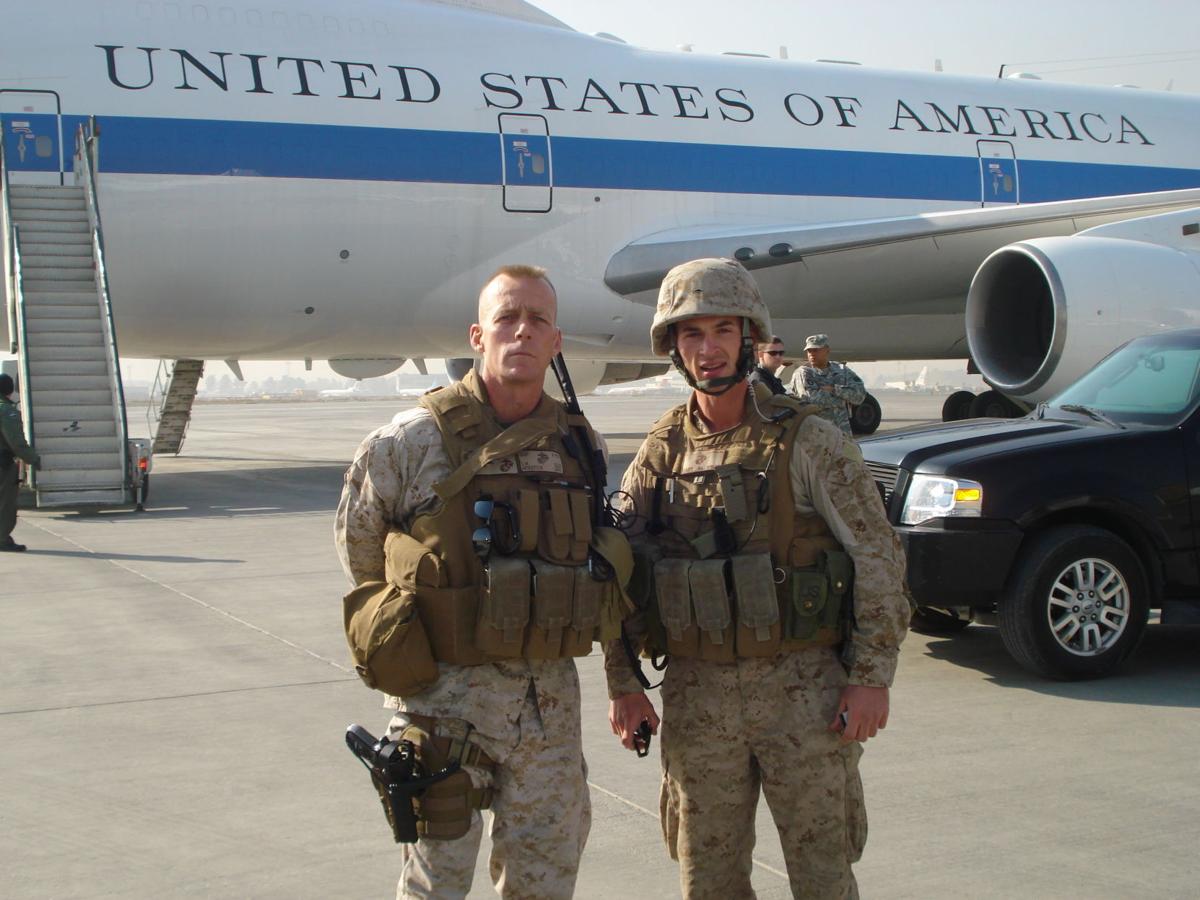 Stuart Henderson, left, and Marine Captain Matt Greene stand in front of the Secretary of Defense's plane after providing security for Secretary Robert Gates during a visit to Afghanistan. Gates shook Henderson's hand before boarding the plane, thanked him and slipped him a Secretary of Defense coin. 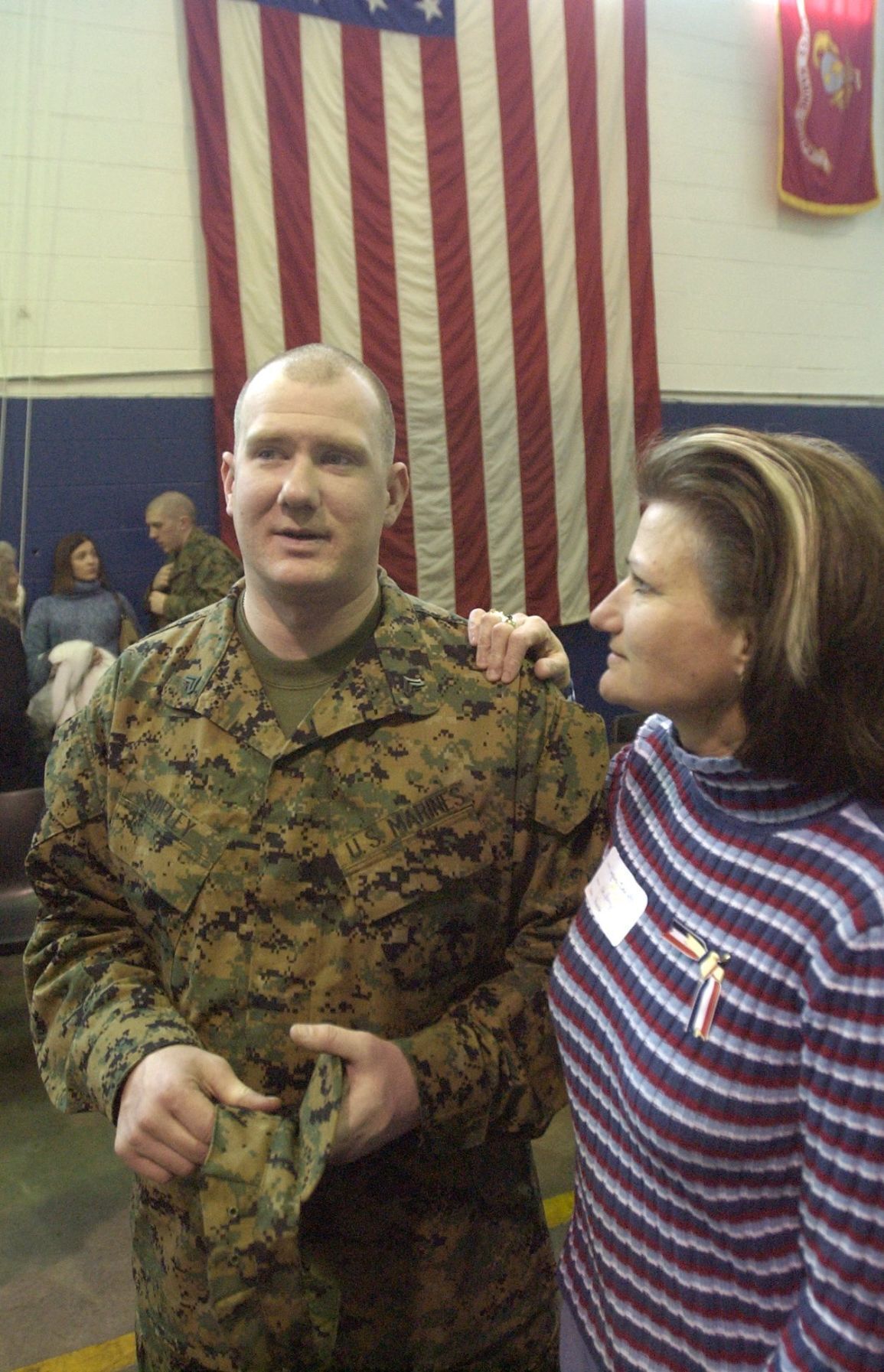 Jeremy Shipley, then a U.S. Marine Corps corporal, stands with his mother, Lynn Shipley, before deploying in this Pantagraph file photo from January 2003. Shipley was in the initial invasion of Iraq in March of that year and now works for UPS in Bloomington. 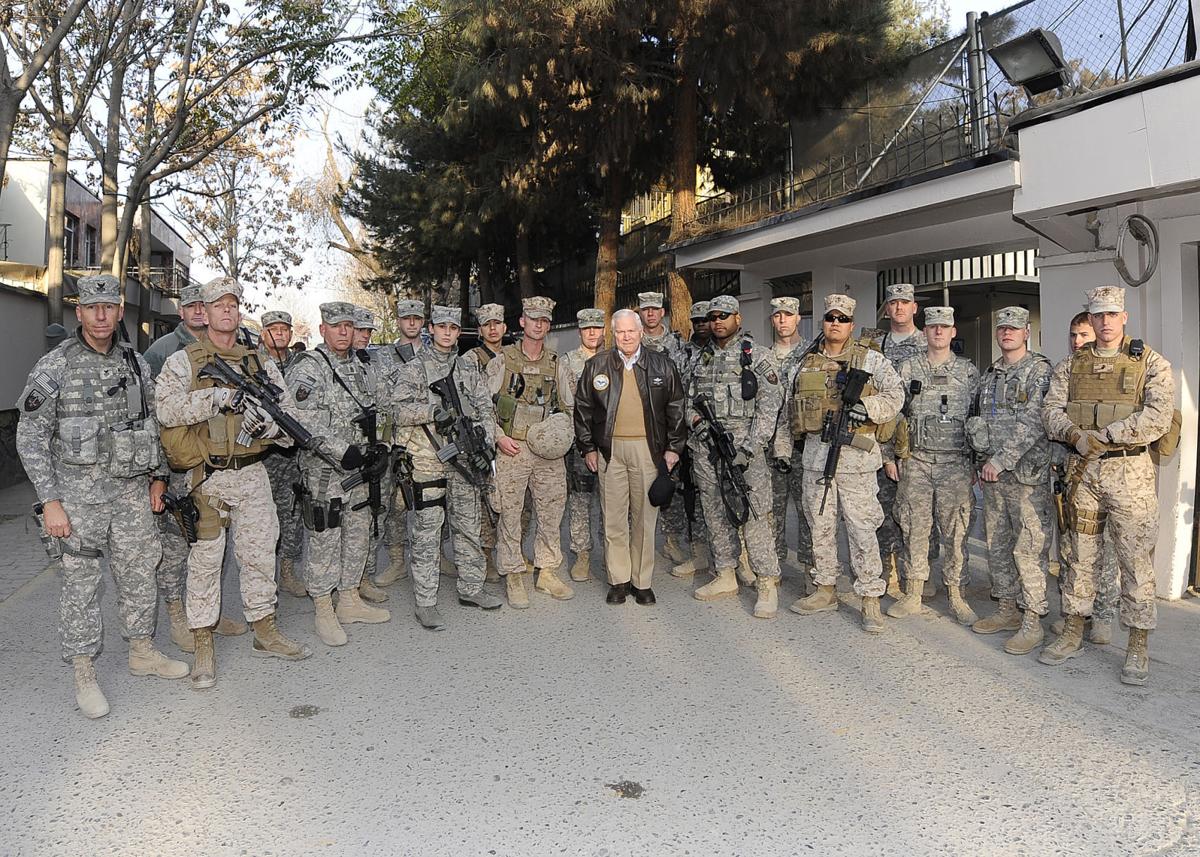 Stuart Henderson (third from left) and other Marines stand with then-Secretary of Defense Robert Gates during his December 2010 visit to Afghanistan. Henderson served as a protective service agent for military leaders. 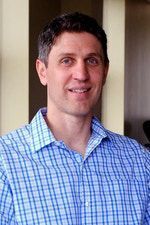