Hackl’s titanic battle with nature came not with a great white shark but a monstrous, more than 750-pound alligator that measured 13.5 feet long. He caught it on a rod and line and, no doubt much to the relief of Warrensburg residents, was nowhere near home at the time.

Assisted by three good friends, he managed to subdue the monster — which rammed his 18-foot jon boat and threatened to tip everybody overboard — in a two-hour battle while fishing Eagle Lake in Mississippi.

But this ultimate fishing tale of the one that didn’t get away also has a strange twist: Among the items found in that beast’s stomach was a stone Indian arrowhead that is estimated to date back thousands of years.

“This is a once-in-a-lifetime kind of event,” said Hackl, 30, who was hunting his first alligator. “The whole hunt was just a more different thing than I’ve ever been a part of: Scary, exciting and just nothing else like it; very intense and just awe-inspiring more than anything.”

It is estimated the alligator was about 70 years old when Hackl encountered it on his Sept. 2 hunting trip. How the alligator ended up with an ancient arrowhead in its stomach (it also had a less elderly possible fishing weight in there as well) is anybody’s guess. But it adds to the intrigue of a story that has already made quite a splash on the Internet and created many ripples of interest.

The giant alligator is the gift that keeps on giving, too. Hackl eats what he hunts and can only guesstimate how many gator “nuggets” and steaks he will dine on thanks to this monster. “We picked up like 12 full-size grocery bags of meat from the processor,” he said with a smile in his voice.

He explained he got to go on the hunt of a lifetime after meeting Raleigh, Mississippi, taxidermist John Hamilton at a taxidermy show. “We just hit it off and he invited me to come down and go gator-hunting and so it kind of went from there,” said Hackl.

Hamilton had the hunting permit but willingly gave it up for his new friend, even after helping him land the longest alligator caught in Mississippi this year.

“John was kind enough to give me the tags when he could have claimed the gator for himself,” added Hackl. “This hunt was a once-in-a-lifetime thing and yet he stuck to his word and that was very generous of him.”

The ancient arrowhead makes for a nice little keepsake but what do you do with the 150-pound skin of a 13.5-foot alligator? For Hackl, that’s easy: You stuff it.

It’s going to take months but he plans to have it fully mounted in a life-like setting. “Then I might end up donating it to someone or somewhere for the time being until I can build a house that will fit it,” he said.

Top pics from the weekend: Sept. 11 anniversary and more

Top photos of the day as selected by the Associated Press. 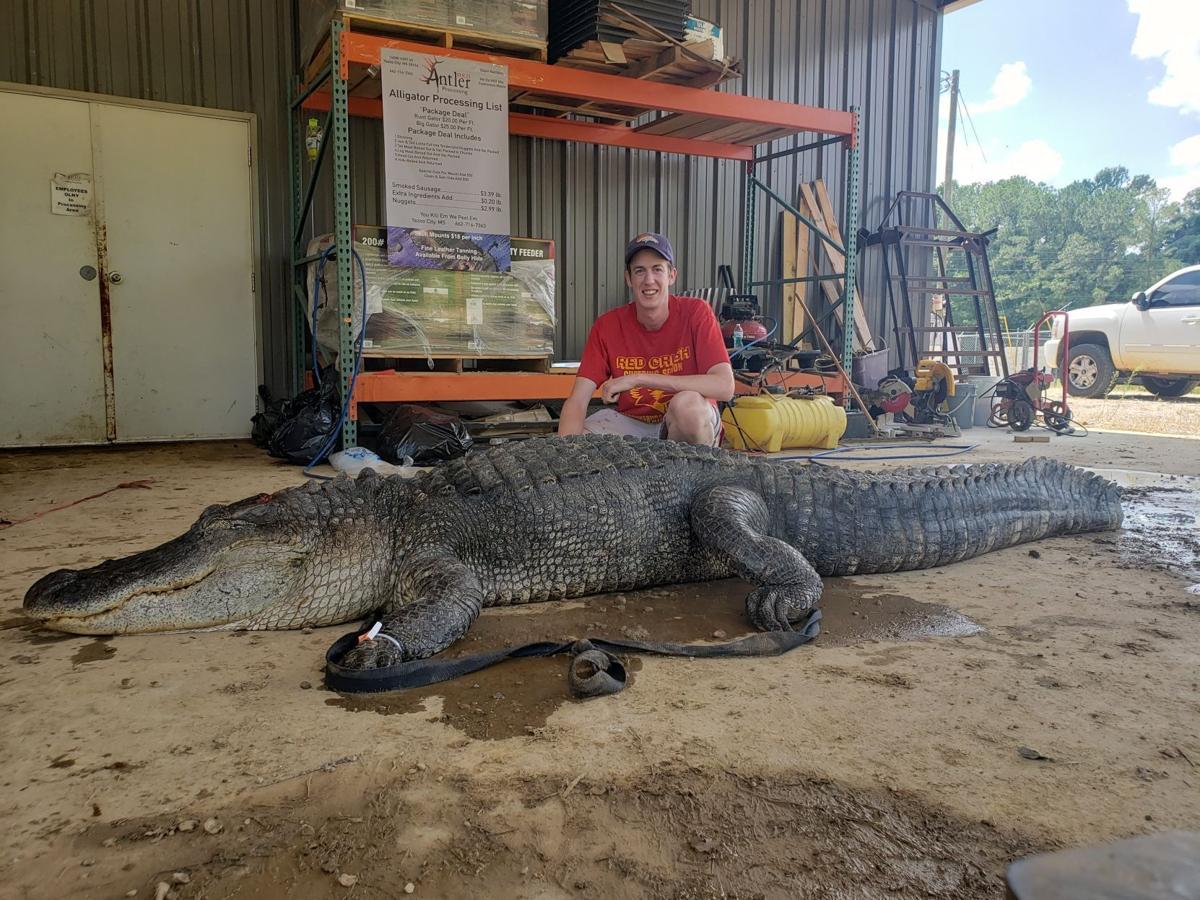 Warrensburg taxidermist Jordan Hackl poses with a monster alligator he caught in Mississippi with a little help from his friends John Hamilton, Todd Hollingsworth and Landon Hollingsworth. 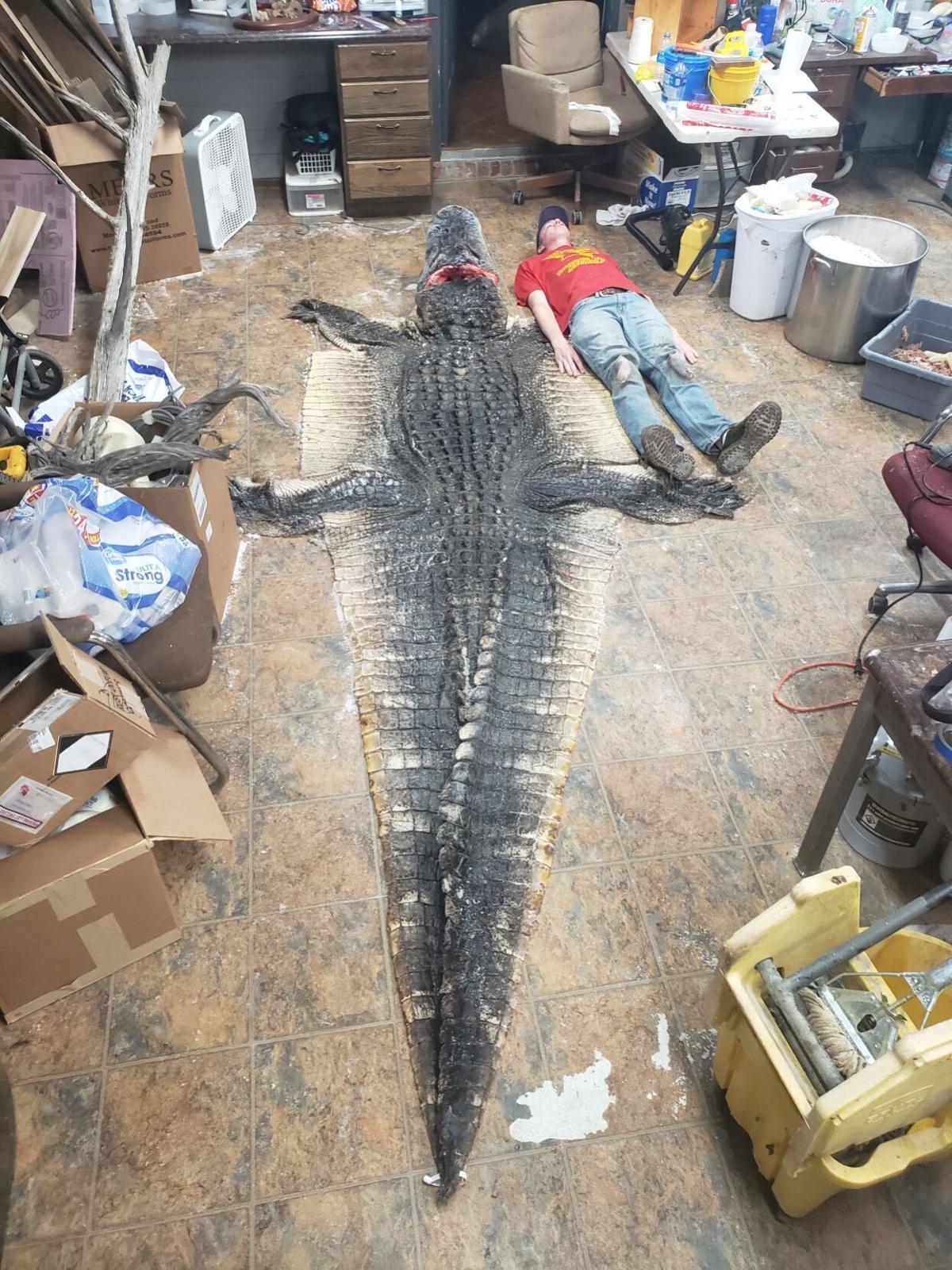 Jordan Hackl, who stands 6-feet-6-inches tall, is dwarfed by the skin of the giant beast. Hackl plans to stuff the alligator and pose it in a giant display. 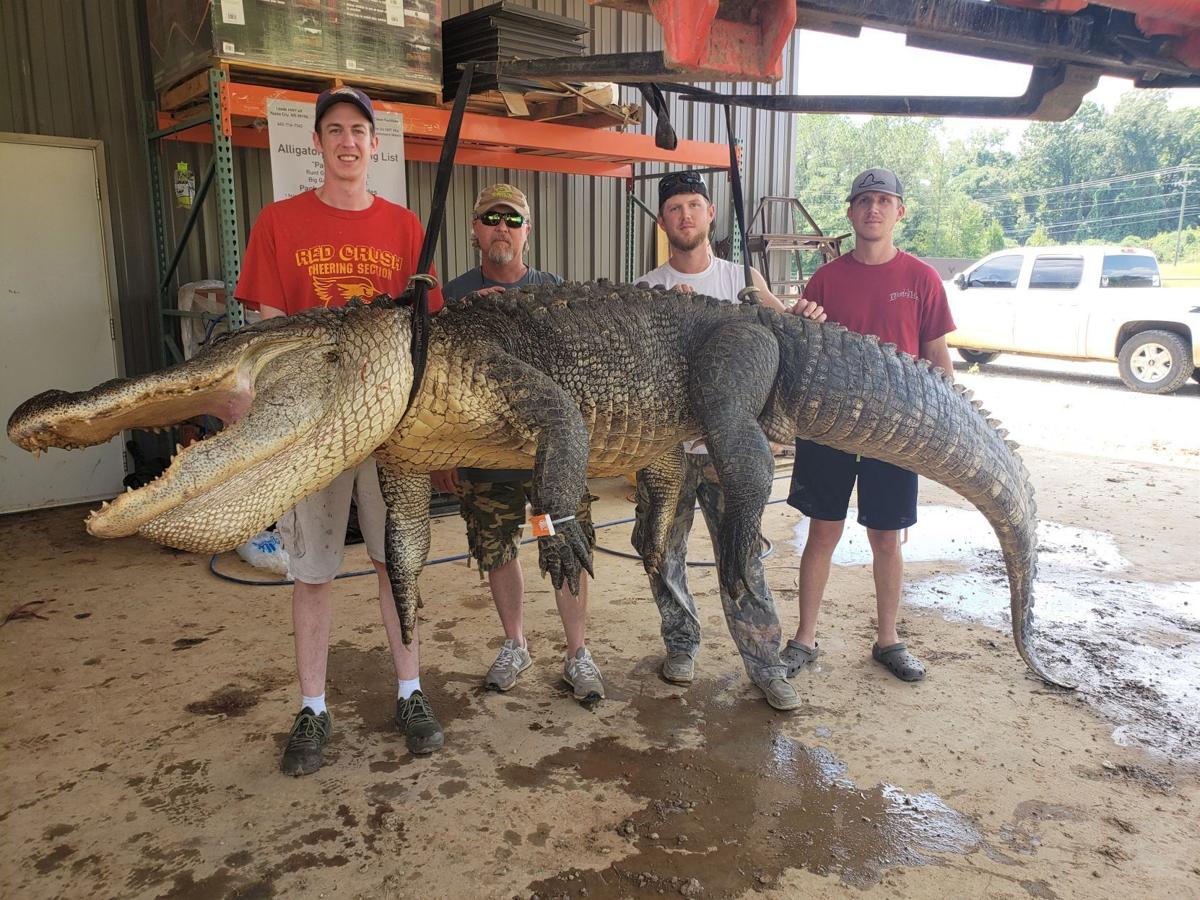 Warrensburg's Jordan Hackl, left, with the big alligator he caught in Mississippi with a little help from his friends John Hamilton, Todd Hollingsworth and Landon Hollingsworth. 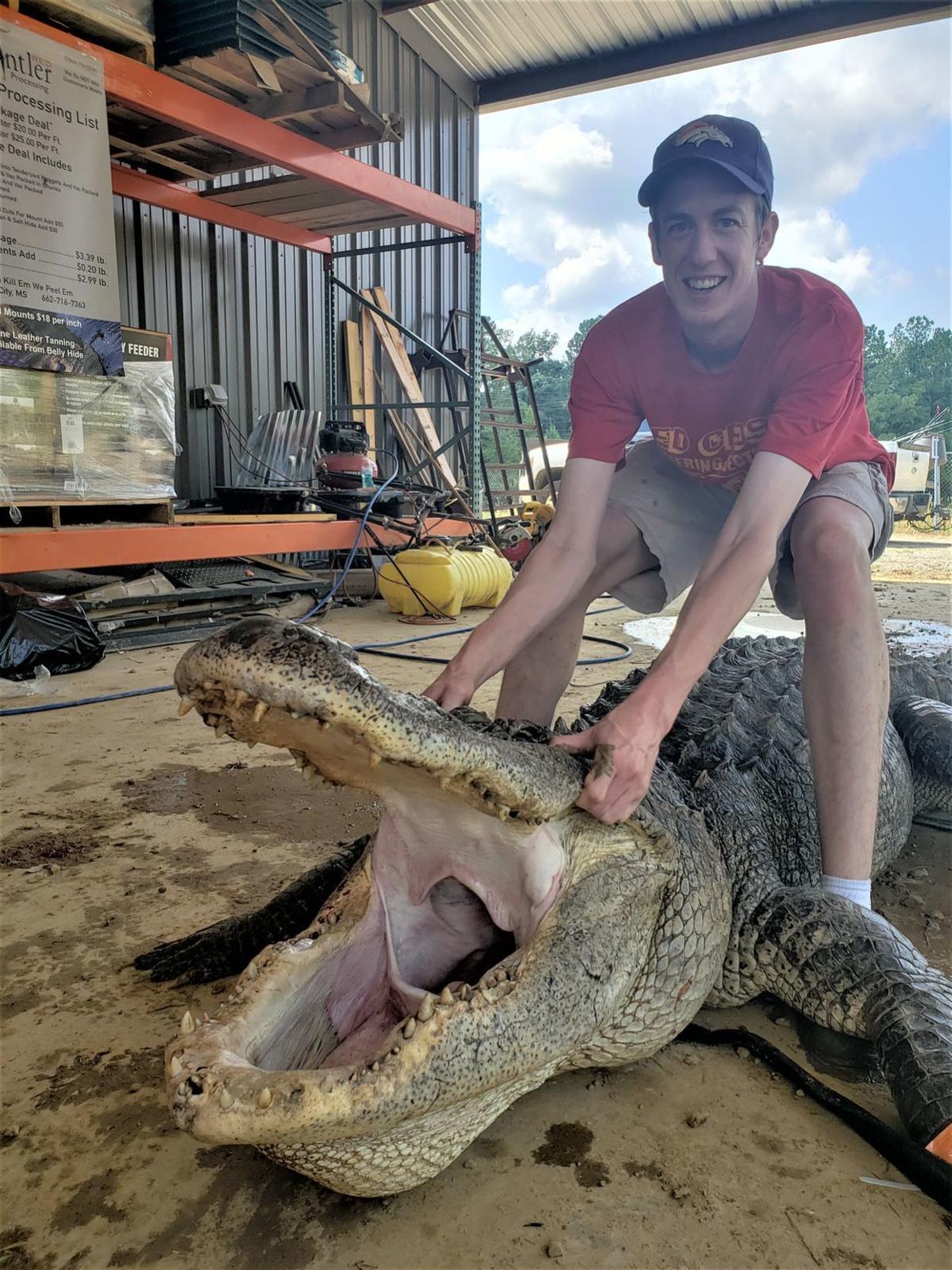 Jordan Hackl shows off the large bite of the monster alligator he caught while fishing in Mississippi.