LONDON (AP) — British Prime Minister Boris Johnson resigned Thursday, acknowledging that it was "clearly the will" of his party that he should go.

He stepped down immediately as leader of his Conservative Party but plans to remain as prime minister while the leadership contest is held. He said he has appointed a new Cabinet following a multitude of resignations, but many are calling for him to go now.

It is a humiliating defeat for Johnson, who succeeded in leading Britain out of the European Union and was credited with rolling out one of the world's most successful mass vaccination campaigns to combat COVID-19.

Keep scrolling for photos of Boris Johnson through the years

The announcement came after the latest ethics scandal around Johnson's leadership led some 50 senior lawmakers to quit the government and left him unable to govern.

Speaking outside No. 10 Downing St., Johnson said he was "immensely proud of the achievements of this government," from Brexit to steering the country through the pandemic, and leading the West in standing up to Russia's invasion of Ukraine.

But he acknowledged that "in politics, no one is remotely indispensable."

Johnson had clung to power for two days, defiantly telling lawmakers on Wednesday that he had a "colossal mandate" from voters and intended to get on with the business of government.

But he was forced to concede defeat Thursday morning after two more members of his Cabinet quit and one of his closest allies, Treasury Chief Nadhim Zahawi, publicly told him to resign for the good of the country.

The internal election to pick a new leader of the Conservative Party, who will also be the next prime minister, is likely to take place over the summer.

Zahawi, who was promoted earlier this week as Johnson tried to shore up his Cabinet, said he and a group of colleagues had privately expressed their concerns to the prime minister on Wednesday and he decided to go public after Johnson ignored the advice to resign.

"I am heartbroken that he hasn't listened and that he is now undermining the incredible achievements of this government," Zahawi said in a letter posted on Twitter. "But the country deserves a government that is not only stable, but which acts with integrity."

Thursday morning's resignations meant that 50 Cabinet secretaries, ministers and lower-level officials had quit the government over two days, often castigating the prime minister for his lack of integrity. With more than 20 positions unfilled, the crisis had stalled the business of some parliamentary committees because there were no ministers available to speak on the government's behalf.

Johnson led Britain through Brexit and the COVID-19 pandemic, and won a large election victory in 2019. But the perpetually rumpled leader known for greeting critics with bombast and bluster was also dogged by criticism that he was willing to bend, and sometimes break, the rules to achieve his goals.

Johnson, 58, managed to remain in power for almost three years, despite allegations that he was too close to party donors, that he protected supporters from bullying and corruption allegations, and that he misled Parliament about government office parties that broke pandemic lockdown rules.

Recent disclosures that Johnson knew about sexual misconduct allegations against a Conservative lawmaker before he promoted him to a senior position in government proved to be one scandal too many.

The crisis began when Chris Pincher resigned as deputy chief whip amid allegations that he had groped two men at a private club. That triggered a series of reports about past allegations leveled against Pincher.

Johnson tried to deflect criticism with shifting explanations about what he knew and when he knew it, but that just highlighted concerns that the prime minister couldn't be trusted.

Health Secretary Sajid Javid and Treasury chief Rishi Sunak resigned within minutes of each other Tuesday night, triggering a wave of departures among their Cabinet colleagues and lower level officials.

Javid captured the mood of many lawmakers when he said Johnson's actions threatened to undermine the integrity of the Conservative Party and the British government.

"At some point we have to conclude that enough is enough," he said Wednesday in the House of Commons. "I believe that point is now."

The death of James Caan, Elon Musk reportedly had twins with a Neuralink exec, and more trending topics

James Caan, the veteran screen actor known for his work in such films as "The Godfather," "Misery" and "Elf," has died at 82. Get that and more of today's trending news here.

Gas prices fall below $4 per gallon

Gas prices fall below $4 per gallon 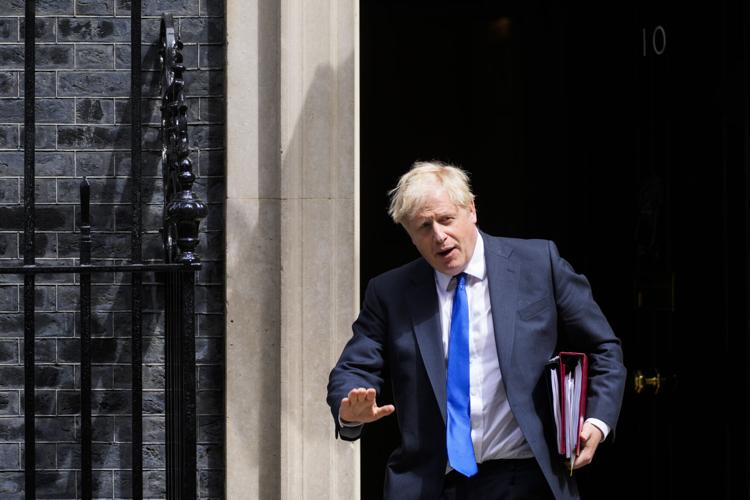 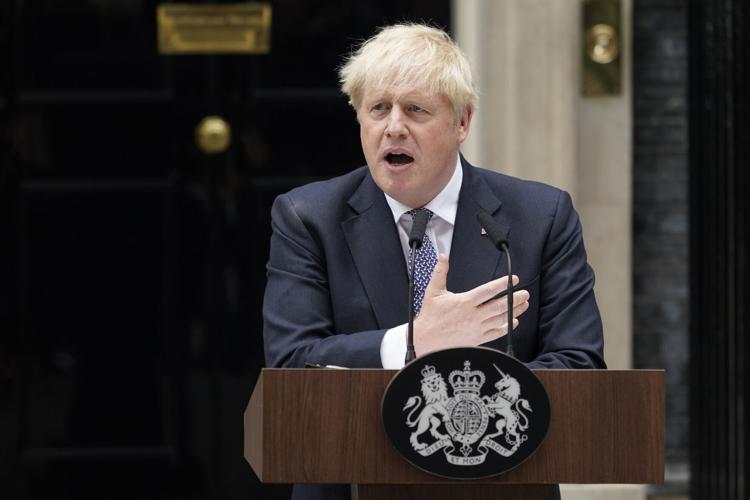