Prince Harry has arrived in Canada to reunite with Meghan and baby Archie after the couple finalized the terms of their split from official British royal family duties.

Photos in UK media showed Harry walking off a plane early Tuesday on Vancouver Island, where the family spent time over Christmas.

The Duke of Sussex attended the UK-Africa Investment Summit in London on Monday, where he met with UK Prime Minister Boris Johnson, before flying across the Atlantic.

A royal spokesperson told CNN they would not comment on the family's private schedule.

The Duke and Duchess spent the Christmas holidays in Canada with the Duchess' mother, Doria Ragland.

Meghan lived in the country for seven years and the couple say they have a "strong connection to Canada."

The Sussexes are set to embark on a proposed new life in the country, and Prime Minister Justin Trudeau said last week that discussions are ongoing in over who will pay the costs of their security detail.

The prince's departure from the UK follows a turbulent period in which Harry and Meghan agreed to give up their royal titles and end their official duties.

The couple made the shock announcement that they were stepping back from senior royal duties on Instagram on Jan. 8, and the Queen announced a transition period had been agreed Saturday.

Conversations with the pair had been going on for months, said the monarch in a statement.

"I am pleased that together we have found a constructive and supportive way forward for my grandson and his family," read the statement.

Under the terms of the deal, Harry and Meghan will no longer represent the Queen as working royals, splitting their time between the UK and North America as they work toward becoming financially independent.

The pair will no longer use their royal titles — His and Her Royal Highness — beginning this spring, and Buckingham Palace announced Saturday they would instead be addressed as "Harry, Duke of Sussex" and "Meghan, Duchess of Sussex."

It's a move the Queen hadn't been expected to make and it's entirely unprecedented for a monarch to ask her own grandchild to drop their title, but given the prospect of the Sussexes signing commercial deals in the future, the need to separate their ventures from the royal household was pressing.

However, in one of the first hiccups in the process of decoupling Harry and Meghan from the royal family, the palace later said it would revise its guidance after reports Meghan's new title made it sound as though she were divorced.

The problem is that the same formatting was adopted by Sarah Ferguson — now addressed as "Sarah, Duchess of York" — after she divorced Prince Andrew in 1996. And Harry's mother was known as Diana, Princess of Wales after her divorce from Prince Charles.

One of the ways the couple hope to generate income is through their brand "Sussex Royal."

What happens next with Harry and Meghan? The latest 'Megxit' questions, answered

However an aide to the Queen warned the Duke and Duchess of Sussex against using that title, reported British newspaper The Times.

"I don't think its satisfactory. One cannot be two things at once. You either are [royal] or you're not," said Thomas Woodcock, Garter King of Arms, in the paper. Woodcock said he was speaking in a personal capacity.

"It is such unusual times that it is a matter of waiting and seeing how things develop," he added.

The Garter King of Arms, also known simply as Garter, is the principal adviser to the sovereign on ceremony and heraldry, and is a member of the royal household.

CNN has reached out to his office for comment.

On Sunday, Harry expressed "great sadness" about the developments at a charity event in London.

"Our hope was to continue serving the Queen, the commonwealth, and my military associations, but without public funding," he said in a speech. "Unfortunately, that wasn't possible."

Harry emphasized that the decision "is not one I made lightly" during his speech.

"The UK is my home and a place that I love," Harry said. "That will never change."

"It was so many months of talks after so many years of challenges. And I know I haven't always gotten it right, but as far as this goes, there really was no other option."

Photos: Prince Harry through the years

Deaths were reported as officials began allowing passengers to leave the ship. Get full background and live updates here in the emerging virus crisis.

Boyfriend of British TV presenter heartbroken by her death

LONDON (AP) — The boyfriend of Caroline Flack, the former British TV host for the controversial reality show “Love Island,” said Sunday that his “heart is broken" at her death as criticism mounted over her treatment by some British media.

The photo "Station Squabble" was picked from more than 48,000 images to claim a wildlife photography award from London's Natural History Museum.

ROME (AP) — Archaeologists excavating the Roman Forum have discovered an underground shrine dedicated to Romulus, the founder of the ancient city.

SEOUL, South Korea (AP) — Kim Da-hye, a 29-year-old South Korean, said that moving into a semi-basement apartment was her least-preferred option when she was looking for a new place to live.

DUBAI, United Arab Emirates (AP) — A small instrument inside the drones that targeted the heart of Saudi Arabia's oil industry and those in the arsenal of Yemen's Houthi rebels match components recovered in downed Iranian drones in Afghanistan and Iraq, two reports say.

ATHENS, Greece (AP) — A delegation of Turkish military officials is due in Athens to resume confidence-building talks amid tension between the two NATO members over maritime oil-and-gas drilling rights.

MUNICH (AP) — U.S. Defense Secretary Mark Esper on Saturday cast China as a rising threat to world order — saying the world's most populous nation steals Western know-how, intimidates smaller neighbors and seeks an “advantage by any means and at any cost.” 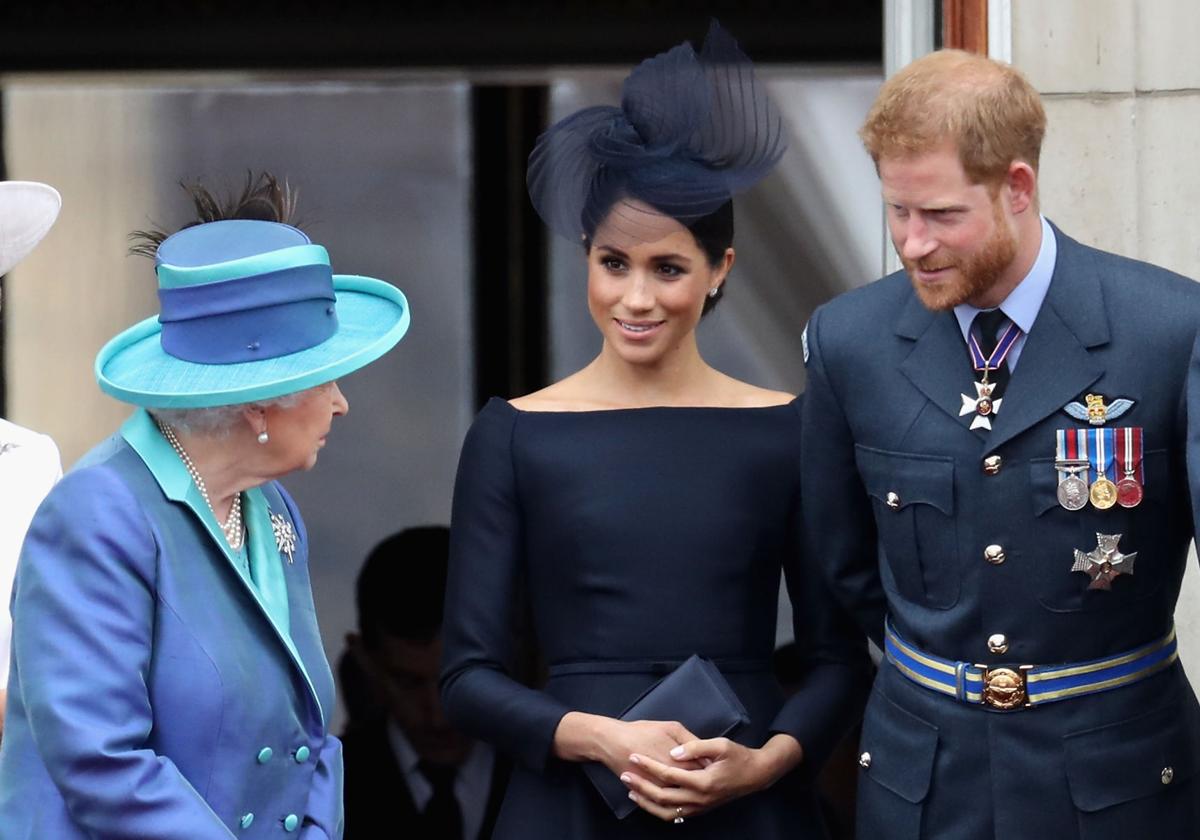 LONDON, ENGLAND - JULY 10: (L-R) Queen Elizabeth II, Meghan, Duchess of Sussex, Prince Harry, Duke of Sussex watch the RAF flypast on the balcony of Buckingham Palace, as members of the Royal Family attend events to mark the centenary of the RAF on July 10, 2018 in London, England. (Photo by Chris Jackson/Getty Images) 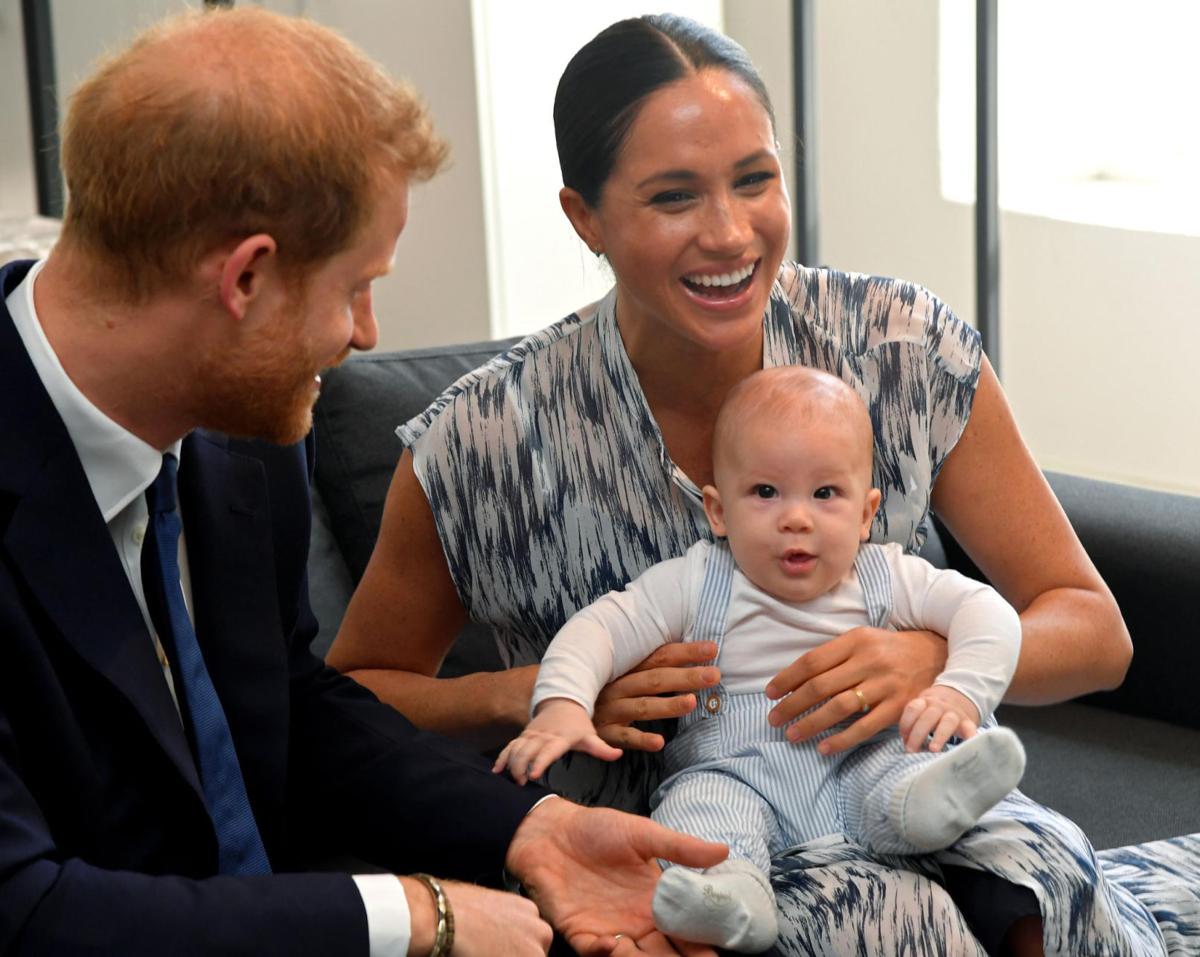