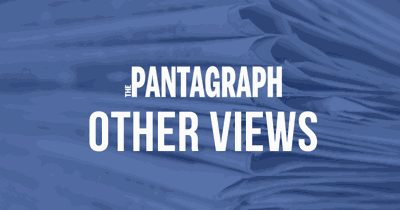 As climate disasters hit state after state, fossil-fuel-funded members of Congress focus on a false choice between economic prosperity and fighting climate change. Meanwhile, politicians’ lip service to the devastating impact of climate change on communities of color adds insult to injury.

There is a better way: California has quietly pioneered a new approach that should be adopted nationwide.

We know, because we helped make it happen.

The program is called Transformative Climate Communities. TCC uses climate action to build prosperous and thriving communities, focusing on neighborhoods with the biggest environmental and economic challenges. And, unlike most government programs, it empowers the communities themselves to lead.

In Stockton, California, like many communities, the legacy of environmental racism lingers. Latinx, Black and Asian American neighborhoods were devastated by a crosstown freeway that split communities and added to the pollution from heavy industry and the Port of Stockton. Historic disinvestment left the area with deteriorating infrastructure, poverty and unemployment.

That’s typical, thanks to the legacy of redlining — policies that segregated communities of color and deprived them of financial investment.

Government programs aimed at addressing these issues have generally been too small, too fragmented, and imposed top-down on communities. Transformative Climate Communities does nearly everything differently.

TCC funds communities to develop neighborhood-scale climate plans based on priorities set by the residents themselves. Its structure builds in deep, ongoing community leadership — with government supporting, not dictating. TCC then provides implementation grants to make those dreams real.

Whereas governments usually put energy, transportation and housing policy in their own siloes, TCC creates holistic, connected plans that link these and other elements together.

TCC also requires projects to create good-paying jobs and economic opportunities for residents, plus an anti-displacement strategy so residents can reap the benefits without getting pushed out.

When The Greenlining Institute recently analyzed the impact of Transformative Climate Communities, the program’s potential to change the entire climate discussion became clear: It can move us toward our climate goals while empowering communities to build a healthy, thriving future based on their own priorities. TCC should be replicated on a national scale.

We don’t have to choose between protecting our climate and building prosperity in communities too often neglected by the government. We know how to do both.

If we truly want to build back better, Transformative Climate Communities has shown us how. Congress should take notes.

Michael Tubbs, the former mayor of Stockton, is special adviser for economic mobility and opportunity to California Gov. Gavin Newsom. Debra Gore-Mann is president and CEO of The Greenlining Institute.

Alicia Woodward: The elegance of blooming like an amaryllis

Alicia Woodward shares her family tradition: The Great Amaryllis Race, an annual activity that reminds everyone to nurture themselves, be patient and stay faithful during the holiday season.

Toby Moore | Change yourself to change your situation

Often in conflicts, our reaction to what’s happening is the problem. We have a choice.

This column is presenting a small portion of this grand church’s history that dates back almost a century and a half.

SCOTT SHELLADY: The onslaught at first was overwhelming but I have now learned where and when to expend my energies because these things just keep on coming.

Target's bold holiday move is a win for us all

Every retailer in the nation should take note of Target's bold announcement this week that it will never again open its stores on Thanksgiving.

Politicians for years have been making a show of wringing their hands over sky-high prescription drug prices. And no drug has drawn more scrutiny, or calls for action, than insulin.

Williams: Locally, nationally and globally, inequity imperils us all

Michael Paul Williams — a columnist with the Richmond Times-Dispatch — won the 2021 Pulitzer Prize in Commentary "for penetrating and historically insightful columns that guided Richmond, a former capital of the Confederacy, through the painful and complicated process of dismantling the city's monuments to white supremacy."

Toby Moore | Be thankful for the Squantos

Why do we celebrate Thanksgiving? In school, they taught us in 1621, the Pilgrims and the indigenous people of North America became friends. T…

Commentary: There’s only one real solution for supply chain problems: Stop consuming so much

The supply chain crisis is the universe’s way of teaching Americans about logistics. Before COVID-19, most Americans neither knew nor cared about the subtleties of just-in-time management. We remained largely untroubled by the tactics through which every possible efficiency had been exacted along the manufacturing journey of our trinkets, from raw materials to box on our doorstep. With prices rising by 6.2% year over year for October, we’re starting to pay attention to the architecture and management that we once took for granted.

Episode 25: Richard Kyte and Scott Rada also discuss campaign yard signs and how or whether they contribute to our political discourse.