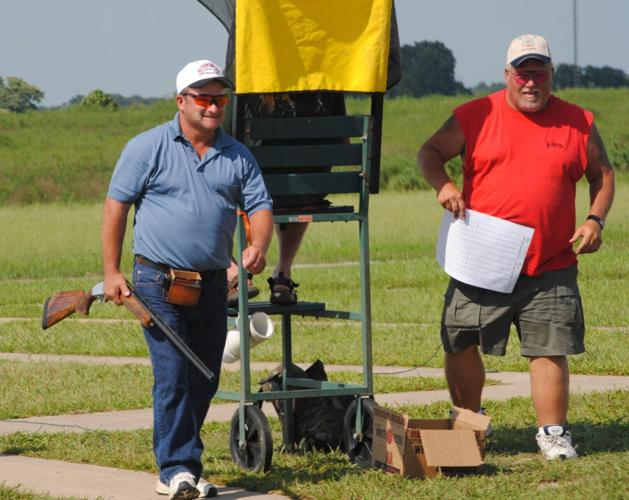 A pair of shooters take their score sheet after competing in an event at The Grand American. Shooters can participate in 24 events at Sparta's World Shooting and Recreational Complex from Aug. 3-13 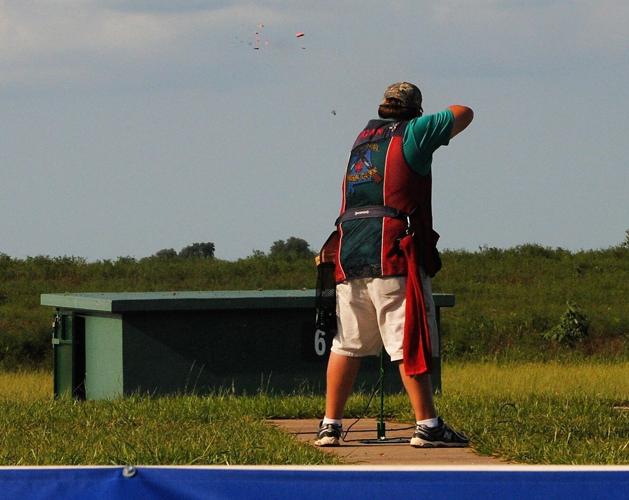 Les Winkeler For The Southern

Trapshooting enthusiasts from around the world will descend on Sparta’s World Shooting and Recreational Complex over the next two weeks for the Amateur Trapshooting Association’s Grand American World Trapshooting Championships. The event runs Aug. 3-13.

“We expect the same this year, maybe more,” he said. “Pre-squadding is up about eight percent. I don’t know that is an indication that we’ll have more shooters, it just might mean more people are pre-squadding so they don’t have to stand in line when they get here.”

Gipson said equaling last year’s attendance would be a positive. Attendance at ATA events has been all over the place this year. Some shoots have seen attendance up by about 25 percent, yet other events have seen similar drops in participation.

“It’s not bad, considering the economy,” Gipson said. “That’s going to have an impact. The availability and the cost of ammunition is still an issue. The cost has gone way up. The availability isn’t what it was a couple years ago.

There have been all kinds of reasons given, part of it is the acquisition of raw materials, and getting the raw material to build the shells. I don’t think shells will ever come down. A lot of us suspect a lot of this is greed on the part of the manufacturers. This doesn’t seem like it should be the problem that it is.”

Shooters can compete in up to 24 events over the 10 days. The two-week extravaganza culminates Aug. 13 with the Grand American Handicap. Shooters compete from 19-27 yards, based on their skill. That levels the playing field, making it possible for novices to compete with the most accomplished shooters in the world.

The Grand American events will be preceded by the AIM (Academics, Integrity and Marksmanship), the ATA’s youth shooting program. The AIM competition concludes Aug. 2. Many of the younger shooters also compete in the Grand.

The popularity of youth shooting as bolstered ATA membership over the past decade.

“Forty percent of our members are under age 23,” Gipson said. “A lot of that is because of all the different youth programs we’ve found out there right now. That’s our salvation might now, the kids. It’s a situation, we’re a shooting organization with a youth program, we are not a youth shooting program, but it’s coming to that. If those shooters want to keep shooting, they’ll come to the ATA.”

Gipson said attendance could be boosted this year by competitors from Australia, New Zealand, Canada and Brazil. Many shooters were unable to attend last year due to continuing COVID travel restrictions.

In addition, Mexico has asked the ATA Board of Directors to sanction its shooting federation. The ATA is expected to grant that request.

“We could pick up 400-500 members and it may grow,” Gipson said. “Once they are recognized by the ATA we can give them some support, so they have an incentive to grow. I don’t know how many target shooters there are in Mexico, but I guess they’ll find out.”

Gipson said shooters will be pleased by what they see when they arrive at Sparta.

“The complex looks fantastic,” he said. “They’ve really gone above and beyond. They have done a wonderful job of maintaining the grounds. That’s partially the Illinois Department of Natural Resources and partially the mowing contractor the IDNR hired. It’s very impressive. Everyone is going to be happy when they see the grounds.”

The only negative is the ATA is still looking for help to man the trap houses and other jobs during the event.

Gipson said he has placed ads with local media and has walked parades throughout the region this summer trying to recruit workers.

The deftness with which Cathie Hutcheson handles miniscule ruby-throated hummingbirds suggests she might have been a jeweler in a former life.

A pair of shooters take their score sheet after competing in an event at The Grand American. Shooters can participate in 24 events at Sparta's World Shooting and Recreational Complex from Aug. 3-13