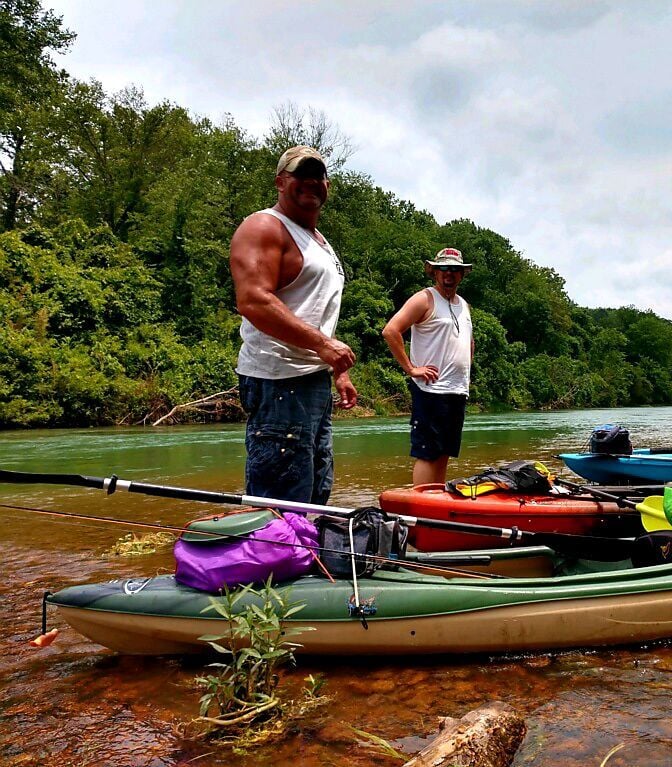 Fishermen set to embark on a kayaking excursion.

One of Ratliff's Smallmouth Bass catches. 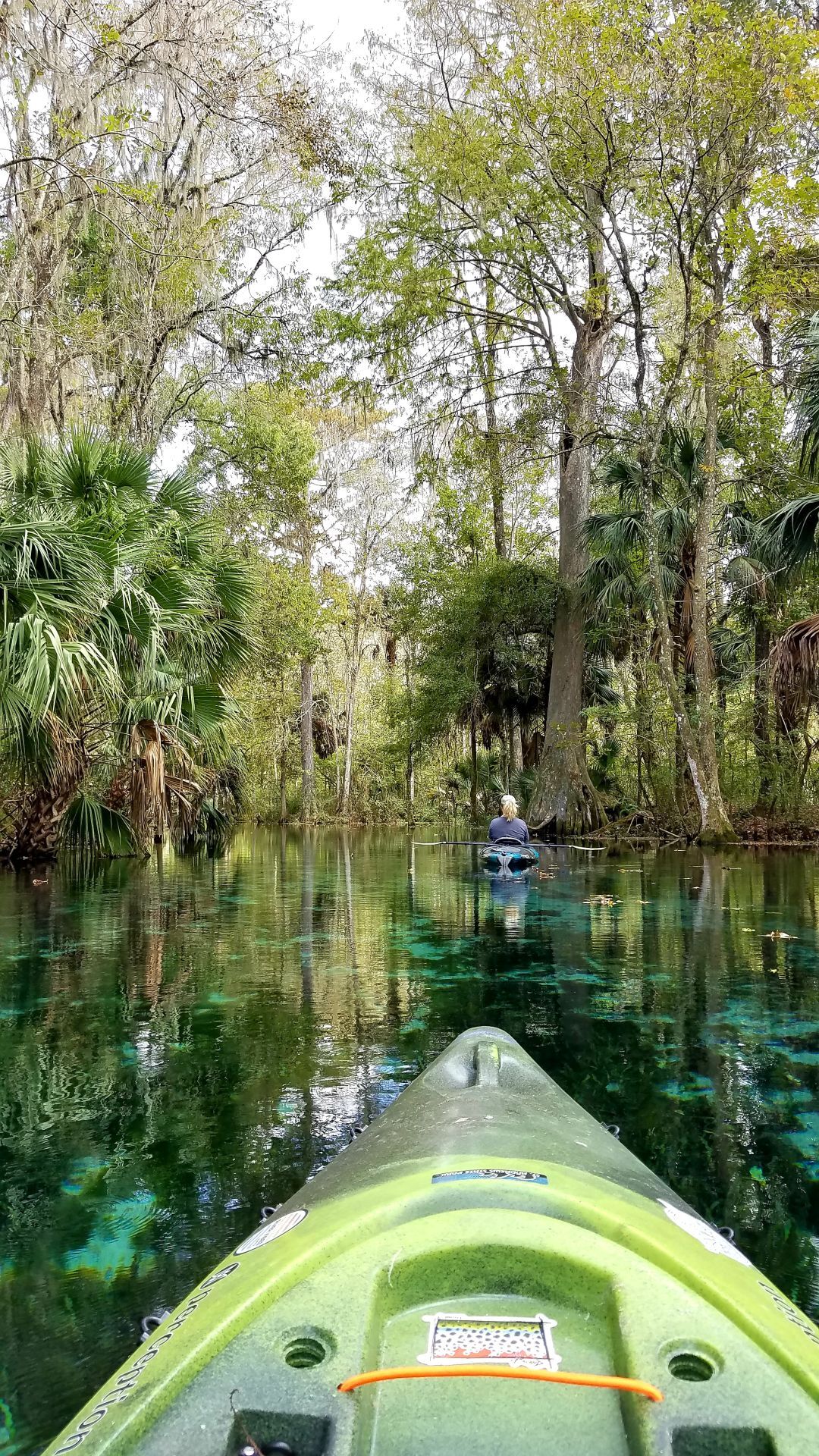 Kayaks on the move.

Wade Ratliff of Harrisburg finds himself in a small subset of Southern Illinois fishermen.

First, Ratliff is a fly fisherman. The vast majority of Southern Illinois anglers opt for spinning or baitcasting rigs. Shrinking that subset even further, Ratliff fly fishes from his kayak – not something you see every day on area lakes and streams.

“Most people, honestly that are avid fishermen, will stop and watch,” Ratliff said. “They won’t say much. People question something until you bring in numbers of fish. A lot of people, they really are curious and appreciate the art of it. Most of the time, people say, ‘I would do nothing but tie myself up.’”

Ratliff learned to fly fish as a teenager in Colorado. He also did a little kayaking at the time. After moving back to Southern Illinois, Ratliff continued fly-fishing. About 4-5 years ago he got more serious about his kayaking and merged the two pursuits.

Convenience is part of the allure.

“No. 1, I can throw my kayak on top of my vehicle and it’s always there,” Ratliff said. “At the drop of a hat, I don’t have to load up any gear. We’re pretty spontaneous and impulsive.”

He and his wife frequently travel to Missouri to fish the Eleven Point, Jack’s Fork and upper Current River. They also fish in Florida and Colorado. Locally, Devils Kitchen, Lusk Creek and Bay Creek No. 5 are their favorite destinations.

In Southern Illinois, Ratliff primarily targets bass and panfish, although he loves to catch trout at Devils Kitchen. In Florida, he has caught everything from Spanish mackerel to redfish.

But, more important than convenience, there is the mystique of fly-fishing.

“The fly-fishing, it’s kind of the art of it,” he said. “It’s the difference between gun hunting and bow hunting. It's about the art of it, the presentation and always becoming a little bit better at it. When you get to the point when you get the fish jumping out of the water at your fly before it hits the water, that’s it.

Ratliff admits it took some time to master fly-fishing from a kayak.

“It took me a little bit to get used to, but I think it is like anything,” he said, “If you make yourself do it, if you have the mechanics and it’s something you do without thinking. It was just a matter of learning how to do that without my legs involved.

“Most of fly fishing is finesse, it’s not a power movement at all. It’s a timing game. It's the ability to keep your rhythm and your timing. Once you don’t have to think, you can just do, now it’s not such a big deal for me to do it. The first couple times I did it, I was mess.”

But, once he mastered the technique, it was game on.

“The first time you set a hook in a kayak, you will come out of your boat,” Ratliff said. “You will way over set. I like a boat that is very stable, since I’m probably not the most stable guy ever made.”

He prefers a 10.5-foot Perception kayak.

“It’s got all the rigging,” Ratliff said. “I can set my rods up in and it has the storage unit. And, to be honest, it’s a little wider. I can actually stand up and cast. It took me a little work to get my balance down. I wanted a kayak that had a little stability.”

Like any bass or crappie angler, he has a vast array of baits.

“I have an arsenal that is pretty impressive,” Ratliff said. “I do everything from wet flies to dry flies to poppers. I have feather-tail poppers. That is absolutely unstoppable in the evening. When I’m down there in Missouri I have these little crawdad flies. They just get destroyed. Those smallmouth down there can just crush them.”

Fishermen set to embark on a kayaking excursion.

One of Ratliff's Smallmouth Bass catches.

Kayaks on the move.