Due to COVID-19 restrictions, the annual nesting and aerial counts were curtailed, making predictions even more difficult.

“We don’t have as much information to go off of as we used to,” Smith said. “Most banding sites have also been closed and that’s where we get most of our information for the ratio of juveniles.”

However, there are real indications this could be a difficult year.

Adults are generally less susceptible to being lured in by calls or decoys.

While the droughts could result in poorer hunting this year, they are part of a necessary cycle for optimum waterfowl reproduction.

“That’s kind of a short-term loss, but maybe a long-term gain,” Smith said. “Just in general wetland ecology terms, they all need to go through a drying period to allow sediment and reinvigorate plant growth. It takes them back to that heavy marsh phase. It really increases wetland productivity after a dry cycle. If we get water back in those potholes, we expect good things next year.”

“We don’t have all surveys back from last year, my perception based on harvest at some of our larger waterfowl sites and talking with hunters, it seemed like it was average to below average,” Smith said. “It was a weird year in terms of weather, migration patterns and hunters reporting stale ducks, birds that absolutely wouldn’t react to decoys.”

On the other hand, Southern Illinois hunters may get an unexpected boost from the spillway repairs being conducted at Crab Orchard Lake. The lake was dropped about four feet this summer, and the lower water is working as a magnet for ducks.

The IDNR aerial census conducted the last week of October showed there were 30,000 ducks on the lake. The following week there were 26,000 ducks, both good numbers for this early in the year. The vast majority of those ducks were dabbling species such as gadwall and mallards.

That alone could give Southern Illinois hunters an advantage over other areas in the Mississippi Flyway.

“If you have good habitat, you’re going to have ducks," Smith said. “I would say keep expectations low, then if you are a person who has a schedule flexible enough to hunt the flight days or the weather days, those days are still always going to produce ducks.

“Once the ducks have arrived and have been there a couple days, I could cut those numbers of days in have before they become stale and aren’t susceptible to hunting. I have been cautionary with the people I have talked to. I’m not going to lie to you and say this is going to be a banner year. It more than likely is not.”

Harvest regulations are the same as last year: Basic daily limit is 6 ducks of any species. However, daily limit can consist of no more than: four mallards (of which no more than two can be hen), three wood ducks, two scaup for the first 45 days in each zone, one scaup for the last 15 days in each zone; two redheads; two canvasbacks; two black ducks, one pintail; and one  mottled duck. Possession limit for ducks is three times the daily limit by species and sex.

Outdoors | Walking among the clouds in the Great Smoky Mountains 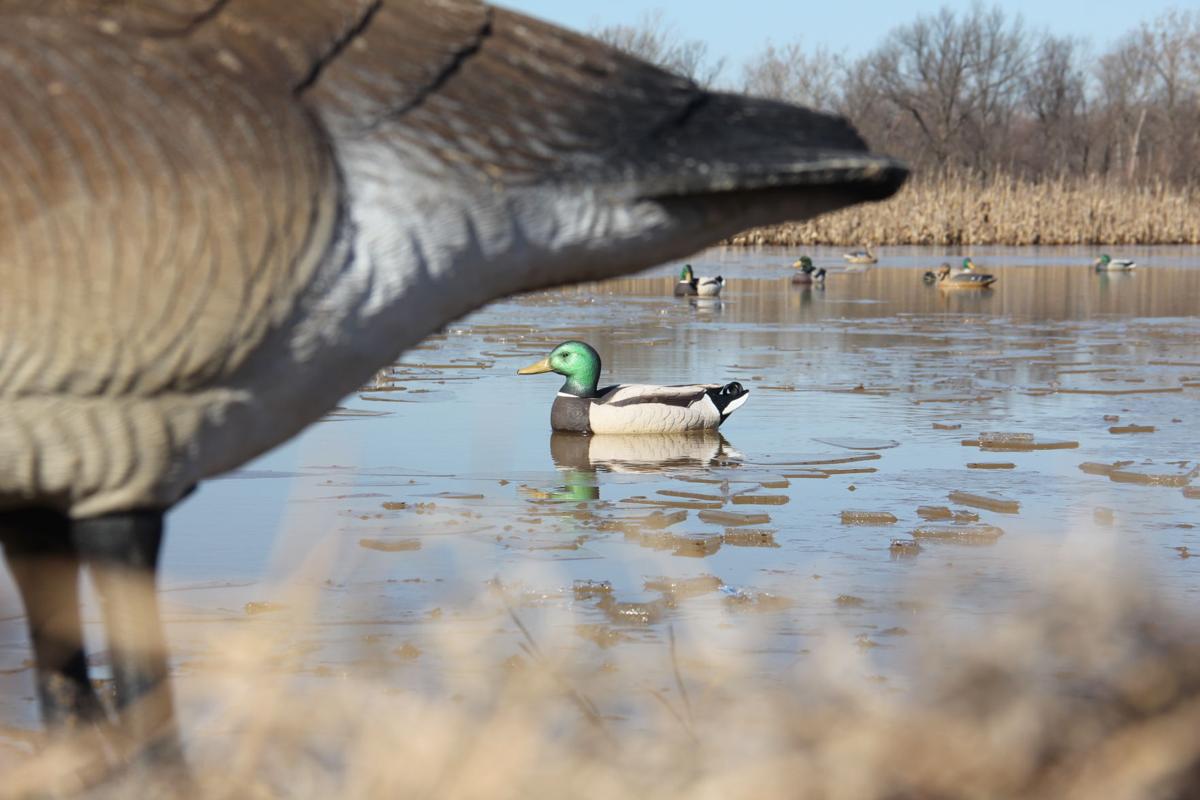 Mallard decoys shimmer on an icy pond during a cold waterfowl hunt. 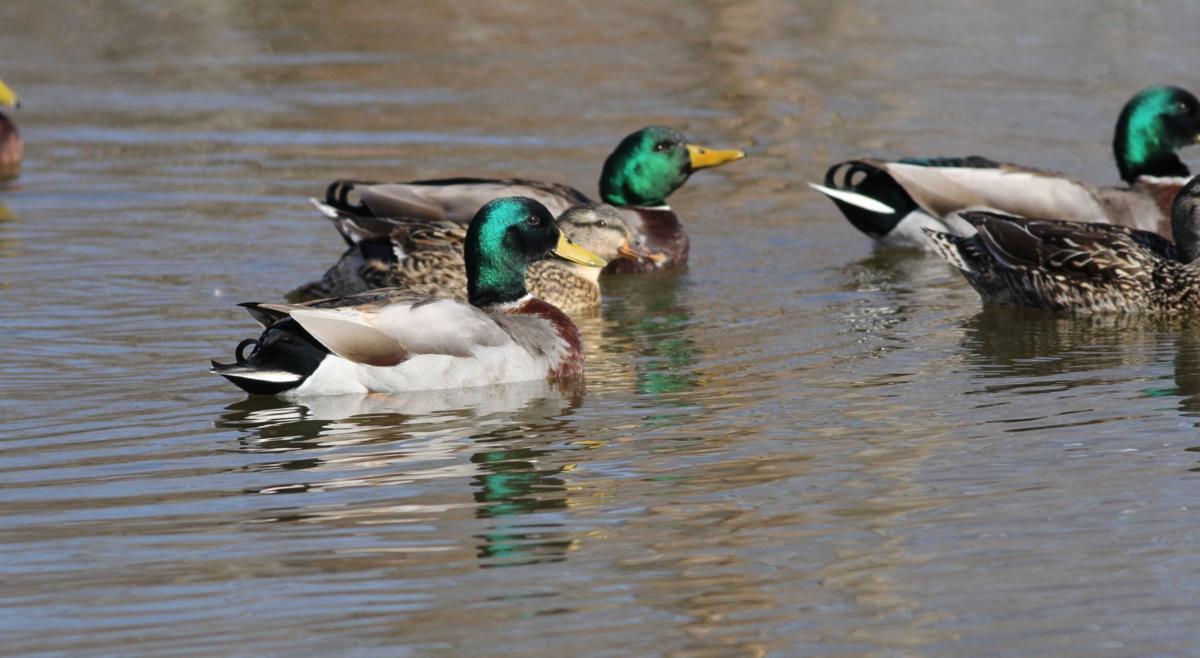 Wildlife experts expect duck numbers to be down somewhat due to consecutive poor breeding seasons. On the other hand, the drawdown of Crab Orchard Lake may give Southern Illinois hunters an advantage. 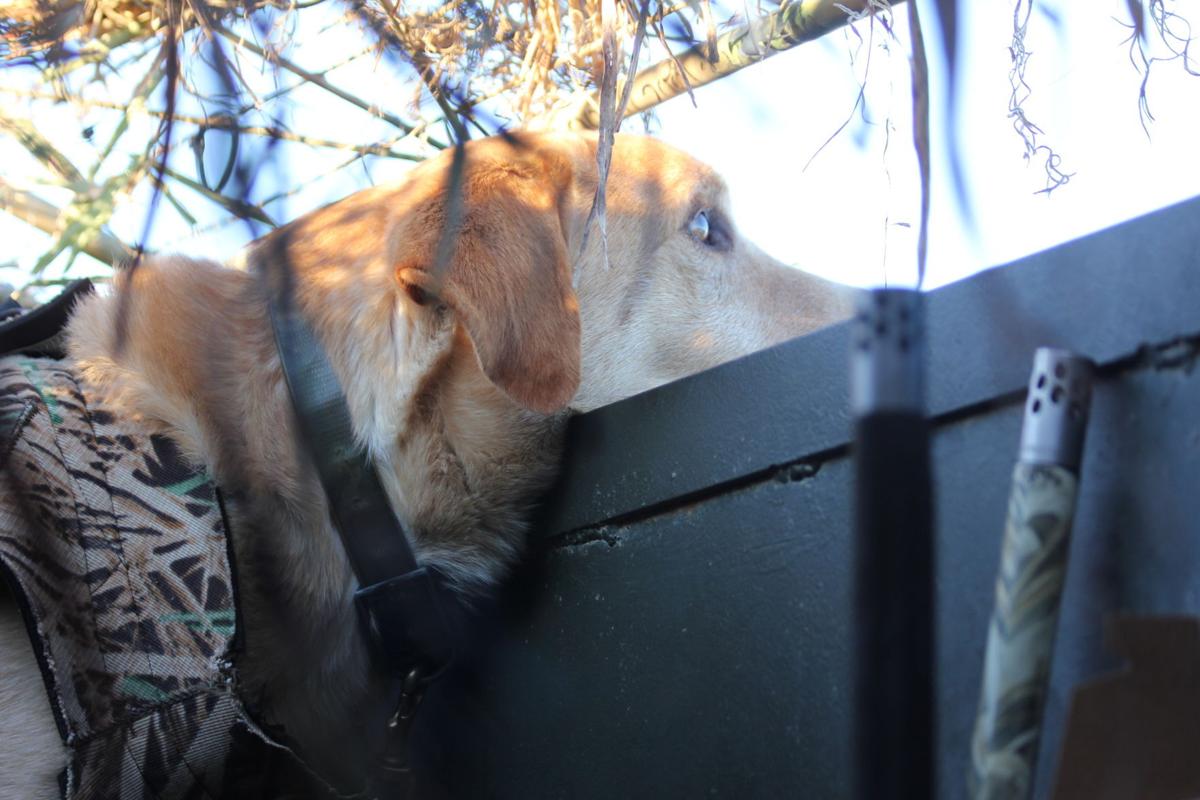 For many hunters, working their dogs is a good enough reason to spend the day waterfowl hunting.