Neal Moore's campsite in Grand Tower. He is on a 7,500 mile journey, traveling with only what will fit in his canoe. 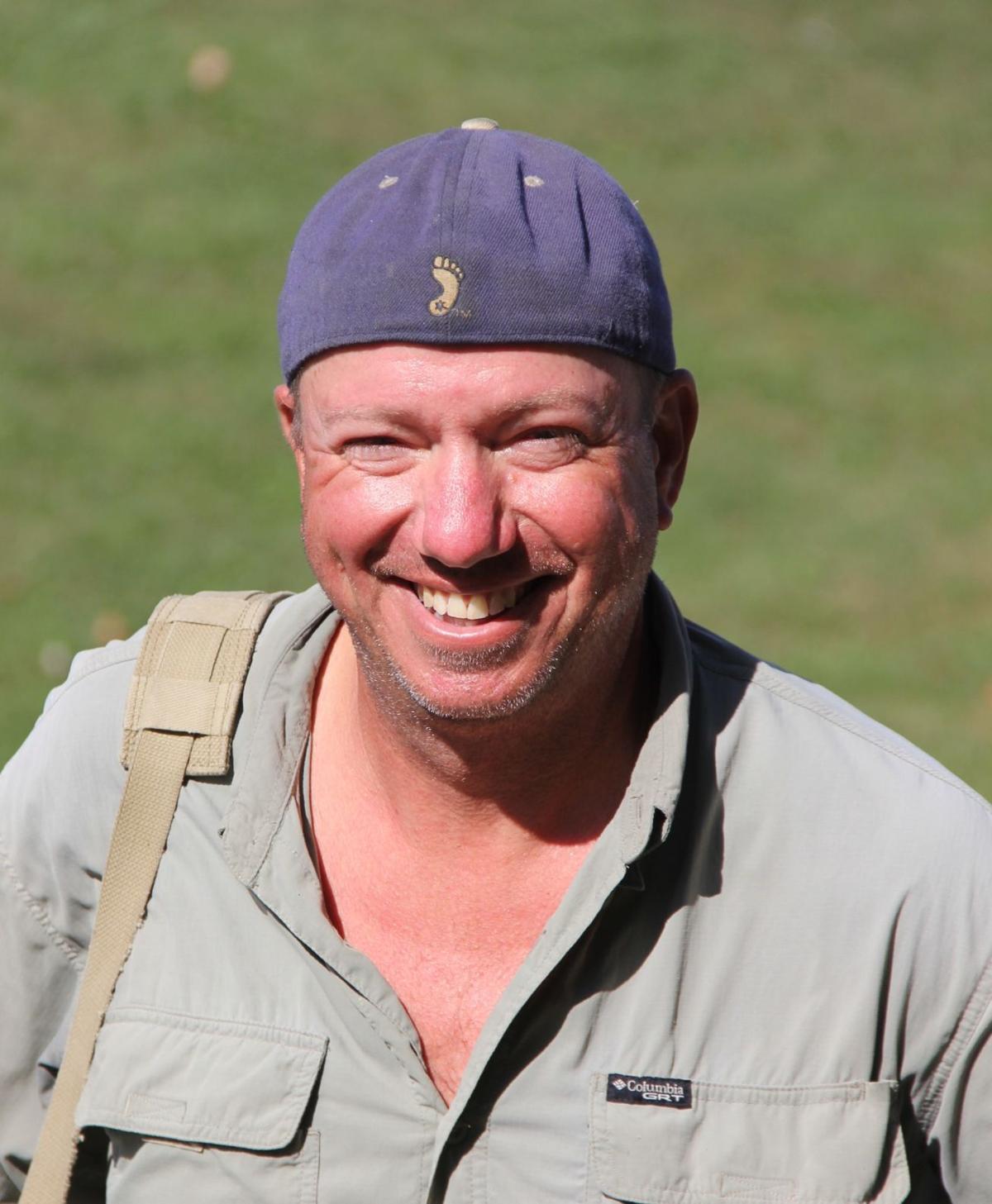 GRAND TOWER — In the early 1800s Meriwether Lewis and William Clark traveled the Ohio, Mississippi, Missouri and Columbia rivers on their Voyage of Discovery. Their task was to discover the extent of the North American continent.

Two hundred years later, Neal Moore embarked on a journey re-tracing their steps in reverse, trying to discover what that country has become. While Lewis and Clark traveled from east to west, Moore left Portland, Oregon and will traverse 22 rivers in a 21-foot Old Towne canoe before his journey ends at Ellis Island in New York City.

“I think to have a chance to travel from coast to coast and to not only see the country up close and personal during this time, the year before the election and the year after the election with all the negativity, but to string all these rivers together,” Moore said. “But, to try to delve deeper and meet the people along these waterways, these storied waterways and sort of listen. To be able to learn from people and to try to document the innate goodness of people and what are the ties that bind us together from coast to coast.

Specifically, I’m looking at immigrant stories, at diversity, and how diversity is a strength as well. But, really, all sorts of stories, and now with COVID thrown in, before I launched out the story was the election, before and after. With COVID thrown in the storytelling has been enhanced, you find the recession we are going through as well. When times are tough, that’s when people step up, families step up, communities step up and people help each other. That’s what I’m sort of doing.”

When Moore stopped in Grand Tower last week to resupply, he was approaching the halfway point of his 7,500 mile journey. Through all the miles on the water, the small towns like Grand Tower, the major cities like St. Louis, a major stopping off point for Lewis and Clark, Moore finds himself not only absorbing history and making new friends, but also learning about himself.

“I think I’ve learned that I’m more anti-social than I probably thought I was,” he said with a chuckle. “I’m in it over 3,500 miles now, I’m going to hit the halfway mark at Memphis. I’m definitely not good at a lot of things, but I’ve learned I’m not too bad of a storyteller, and also I can paddle long distance. I think mentally it takes somebody who is twisted in that way. I’ve stepped back from friends all my life. You have to be able to live with yourself. Some people can’t do it.”

At the same time, Moore talks about the brief, albeit intense friendships, he makes along the way, telling the stories of average Americans who inhabit river towns, the waitresses, grocery clerks and campground hosts. He talks of the melancholy attached to leaving these new friends behind as he paddles downstream in search of the next friendship.

The force that keeps this trip, this story alive, is the river. Moore developed an affinity for rivers as a 12-year-old Boy Scout on a canoe trip near Los Angeles. It was reinforced while visiting the Tagus River near Toledo, Spain as an exchange student.

“The human body is 70 percent water and they say the surface of the earth is plus-minus 70 percent,” he said. “I think there may be some sort of correlation. The water is also soothing. It has a soothing effect on people.”

In the present, Moore, who is currently a resident of Taiwan, draws his strength from the Mississippi.

“I feel connected. I think that feeling of being on the water and about the water and in the water and beside the water, it’s sort of strengthens my soul. It makes me feel really quite alive, as opposed to being in the clock-in, clock-out in a major city.”

An author, Moore previously published “Homelands” the story of his Mormon mission to South Africa. He said there may or may not be a book resulting from his current journey.

The River-to-River Trail Society is waiting for the last piece of federal red tape to be severed so it can honor John O’Dell, who is largely r…

It was just a few minutes after 6 a.m. and the caffeine from a half bottle of tea had not taken affect as we stopped at the entrance to Sahara…

After just over a month on the job, Mike Chaveas admits he’s still in the learning stage.

ULLIN — Valuable lessons were being learned at Century High School’s outdoor classroom long before the facility was dedicated last week.

For the first time in way too long, we hiked the Rim Rock-Pounds Hollow Trail in the Shawnee National Forest Sunday.

Neal Moore's campsite in Grand Tower. He is on a 7,500 mile journey, traveling with only what will fit in his canoe.