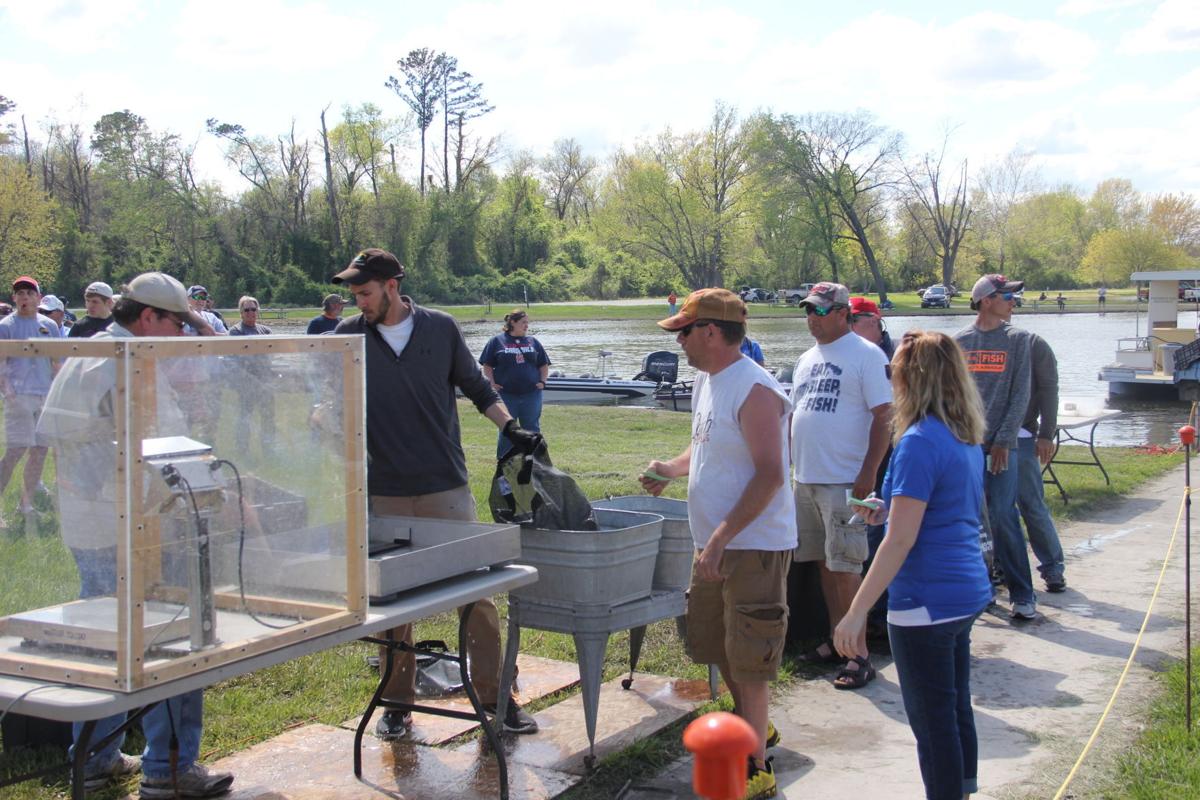 Seen here in a 2016 image, the Bill Harkins Tournament, the longest running bass tournament in Illinois, was cancelled this year due to the coronavirus pandemic. 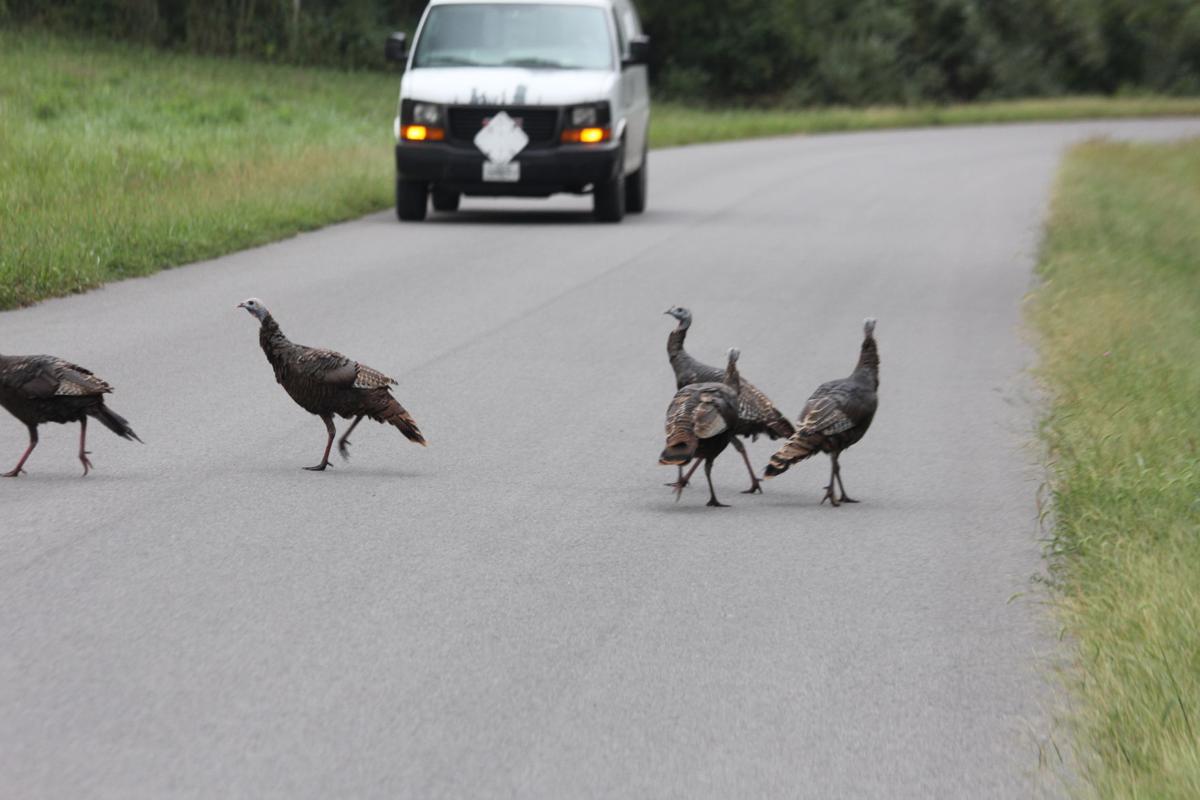 Turkeys, often found in and around Crab Orchard Wildlife Refuge, hurrying to make it across the road.

With state parks shuttered due to the coronavirus pandemic, Southern Illinoisans have rediscovered Crab Orchard National Wildlife Refuge. Visitation, which has since leveled off, was off the charts in April.

“For the month of April, after checking all our traffic and trail counters, we came up with about 12,000 visitors that hiked our trails in April, which is almost triple to April in last two years,” said Neil Vincent, a ranger at the refuge. “Bank fishing, all those counters had just about tripled too.

The crowds forced refuge staff to rethink their work schedules. With the Visitor Center closed, the plan was to have just one ranger on duty at a time. They soon learned that at least 2-3 staff members had to be on duty at one time to handle issues and calls during peak hours.

The increase came in spite of the face that the Visitor’s Center and campgrounds were closed, and remain closed. In addition, visitation spiked despite the cancellation of the Bill Harkins/Don Sanders Four-Man tournament, one of the largest events on Crab Orchard each year.

The sudden popularity is no mystery. Giant City State Park was off-limits to visitors, as were Lake Murphysboro, Kinkaid Lake and Mermet Lake. And, although not exceedingly warm, April had more than its share of pleasant sunny days.

“That’s basically it, we were the only game in town,” Vincent said. “Since the state parks have opened up, we’ve seen less pressure here. We’re still seeing, on a pretty day, a lot of fishing. About the time the state parks opened, we haven’t had the best weather. We’re still busy. On a nice warm, sunny day, the bank fishing areas are about 70 percent full.

"It looks like by the phone calls we’ve been getting, a lot of new visitors, a lot of people just now discovering the refuge. Those phone calls are starting to die down a little bit too, but we’re still getting about 50 phone calls per day wanting to know if the boat ramps are open. Before Missouri opened up there were several phone calls from Missouri from people wanting directions to Crab Orchard Lake.”

The increase is visitation was not limited to Crab Orchard Lake. Little Grassy and Devils Kitchen lakes received more fishing pressure than normal.

“It reminded me of the early 90s when we had the marinas on the lake,” Vincent said. “It was like the last weekend in April, I went out at about 11 a.m. on Friday, I left here and drove to West End Boat Ramp and went through all the boat ramps and there were 157 boat trailers. I haven’t seen anything like that since the heyday of the big tournaments.”

On some particularly pleasant days the Harmony Trail, located on Refuge Drive, just west of the Visitor Center, had about 17 persons per hour. Despite the increased traffic, visitors did a commendable job of maintaining social distancing.

Our law enforcement guys, we put signs at about every recreation area, trailhead, with the social distancing information,” Vincent said. “On our loop trails we put signage, trying to get people going in the same direction. We did make personal contact and tell them they needed to spread out. If you can’t follow the policy we might have to close this area down. We didn’t have any real issues.”

The refuge also conducted an online outreach, doing virtual programs on Facebook. Vincent said he hopes the rekindled interest in the refuge carries over into the future.

“We’re hoping,” he said. “We’re planning on that. We’re in the process of trying to upgrade all our signage with new directions. We’re hoping, we’ll see.”

Seen here in a 2016 image, the Bill Harkins Tournament, the longest running bass tournament in Illinois, was cancelled this year due to the coronavirus pandemic.

Turkeys, often found in and around Crab Orchard Wildlife Refuge, hurrying to make it across the road.