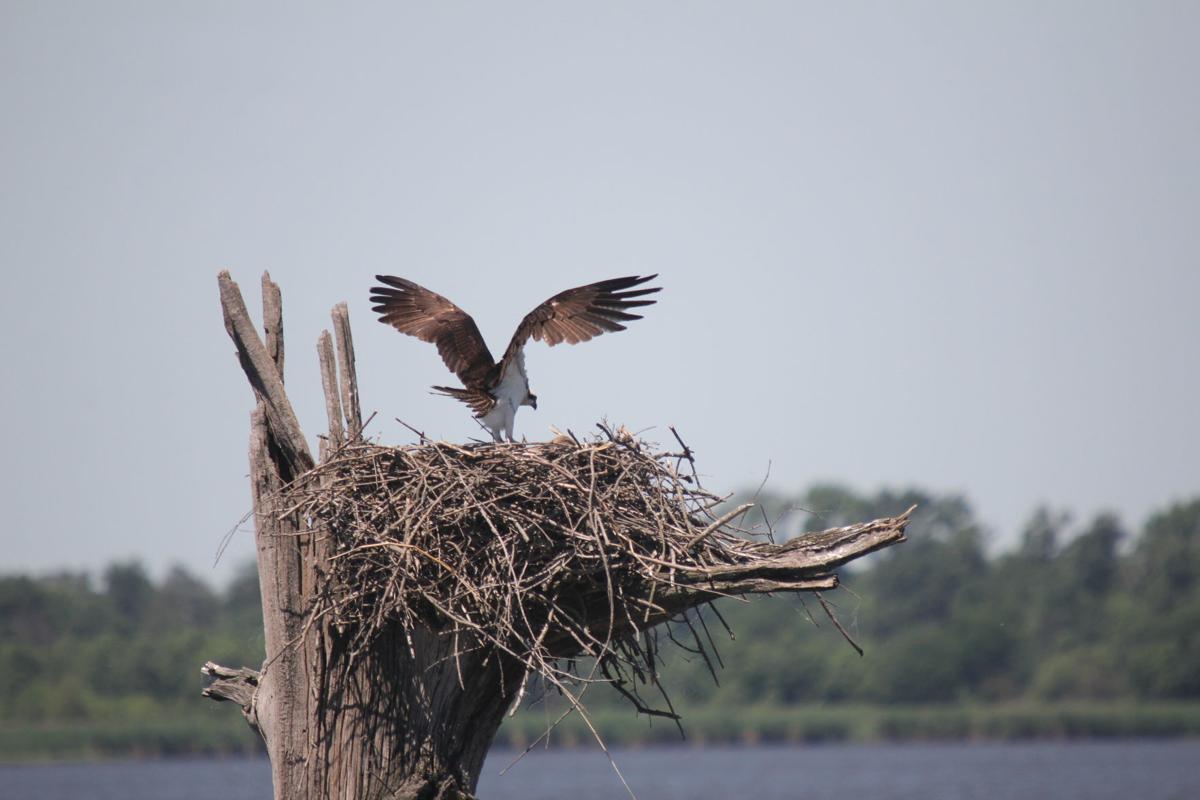 The Ina Osprey have occupied a nest about 100 yards from shore at Rend Lake’s Ina boat ramp for the past 10 years. 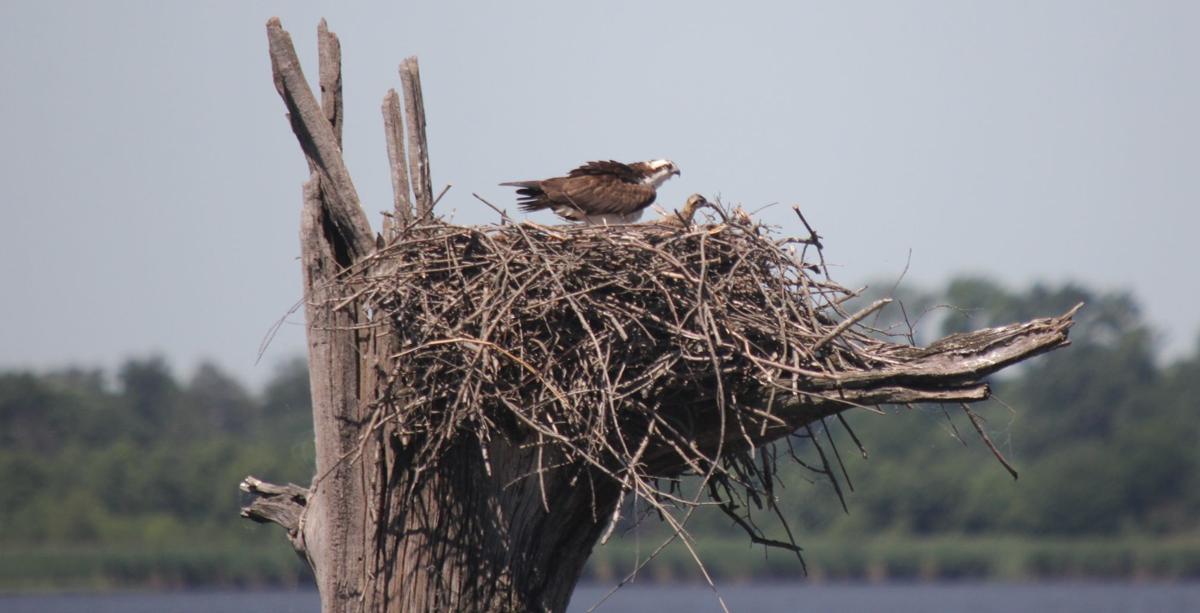 Photographers have been taking pictures of the Ina Osprey for the last 10 years. 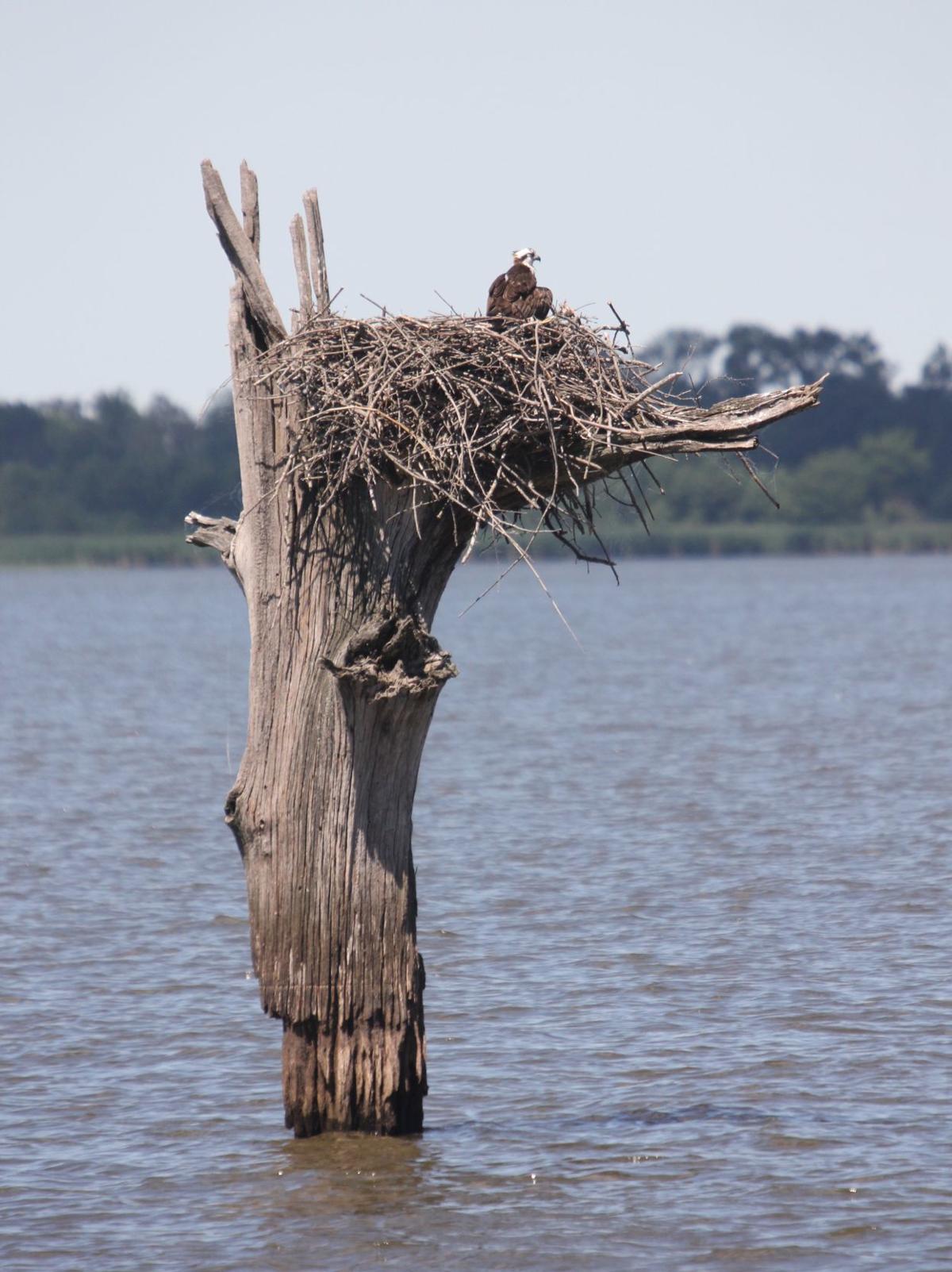 The Ina Osprey have fledged at least one chick nearly every year.

They are, of course, the Ina Osprey.

For the past 10 years they have occupied a nest about 100 yards from shore at Rend Lake’s Ina boat ramp. The ramp is located at Exit 82 on I-57. Pull into the boat ramp parking lot and the nest is apparent, perched atop a huge stump, the only structure readily visible from shore.

Ranger Dawn Kovarik of the U.S. Army Corps of Engineers said the nest has been active for the last decade. Given the osprey’s nest fidelity and the fact that osprey tend to be monogamous and mate for life, photographers may have been making images of the same couple, or possibly their offspring, for 10 years.

At the very least, they are the most famous birds on Rend Lake.

“Everybody is taking pictures of those osprey,” Kovarik said. “At one point it was the Gun Creek Eagle, now it’s the Ina Osprey.”

Despite their fame, Kovarik said the birds haven’t been named. Given their longevity and marital status, names like Ricky and Lucy, Archie and Edith, Ray and Deborah, Doug and Carrie or even Al and Peg would seem appropriate.

But, they remain simply the Ina Osprey.

In addition to being fixtures at the Ina ramp, the couple has also been successful. The couple has fledged at least one osprey chick nearly every year.

“My photographer friends tell me last year there was one baby,” Kovarik said. “This year they’re pretty sure it’s two.”

There may be as many as three nesting pairs of osprey on Rend Lake, which is fairly significant in light of the fact that Audubon lists the osprey as uncommon in Illinois.

Cassie Magsig, the lead ranger of the environmental stewardship department at Rend Lake, said another osprey nest is located on a power pole in the middle of a mud flat just south of the Ina boat ramp. A third nest was discovered south of the dam along the Big Muddy River.

Despite the popularity of the Ina Osprey, they seem non-plussed by all the attention.

“They (photographers) stay on that rip rap,” Magsig said. “There have been people go out and try to fish near that tree and we discourage that.”

Indeed, the greatest peril faced by the osprey may be the stump their nest is built on. Like many older homes, it has reached fixer-upper status.

“Part of that tree fell off last year,” Kovarik said. “We were a little concerned they wouldn’t nest here again. We have had people ask us if we were going to build a platform out there, but we don’t have plans to rebuild it. Not right now.”

Generally speaking, the Corps has taken a hands-off approach to their most famous residents.

“We do monitor, but we try to know they are there and having young and that’s about it,” Magsig said. “We would love to go out and monitor all the nests, but we get so much feedback that we can use that as part of the data.”

In many ways, the past six months have been the most interesting of my life.

The Grand American is being moved to Missouri, pending a logistical miracle

The strain was evident in Lynn Gipson’s voice as he spoke about the daunting task he faces over the next six weeks.

Outdoors Column | Les Winkeler: Streams of unconsciousness from the world of the outdoors

Streams of unconsciousness from the world of the outdoors:

The Ina Osprey have occupied a nest about 100 yards from shore at Rend Lake’s Ina boat ramp for the past 10 years.

Photographers have been taking pictures of the Ina Osprey for the last 10 years.

The Ina Osprey have fledged at least one chick nearly every year.