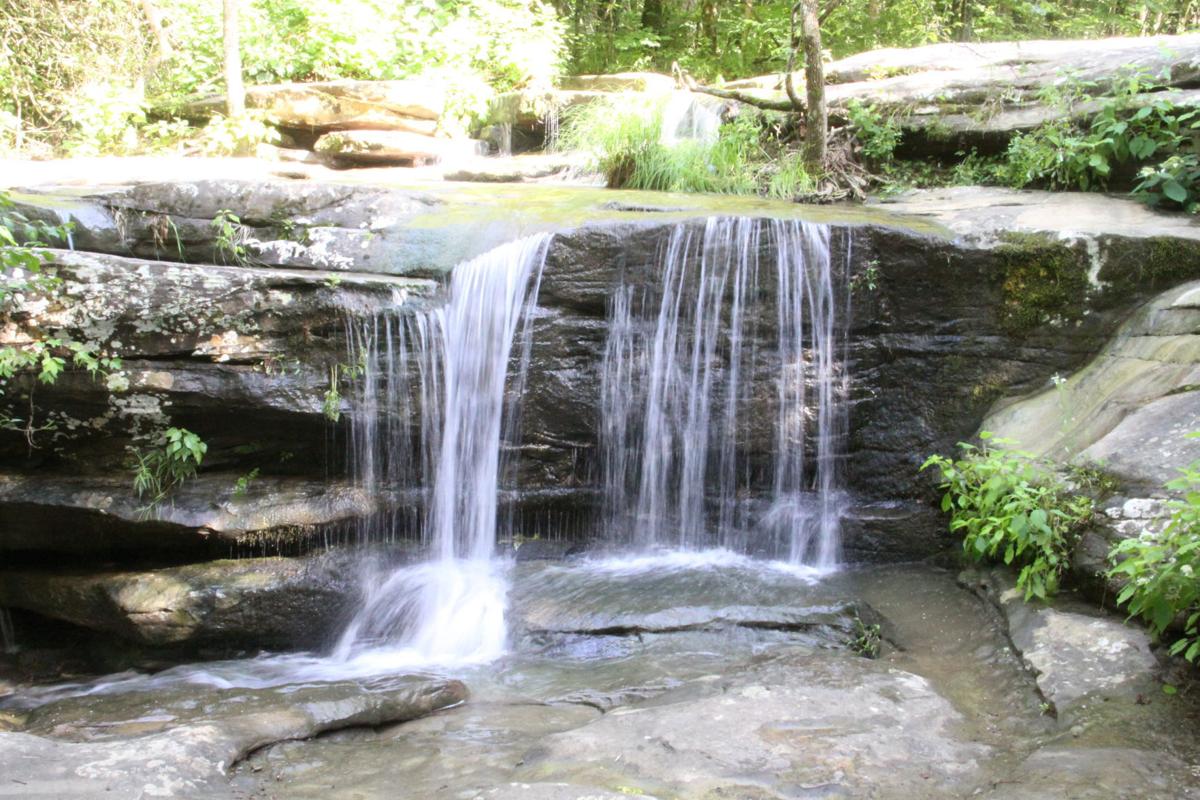 Waterfalls are shown at Burden Falls. 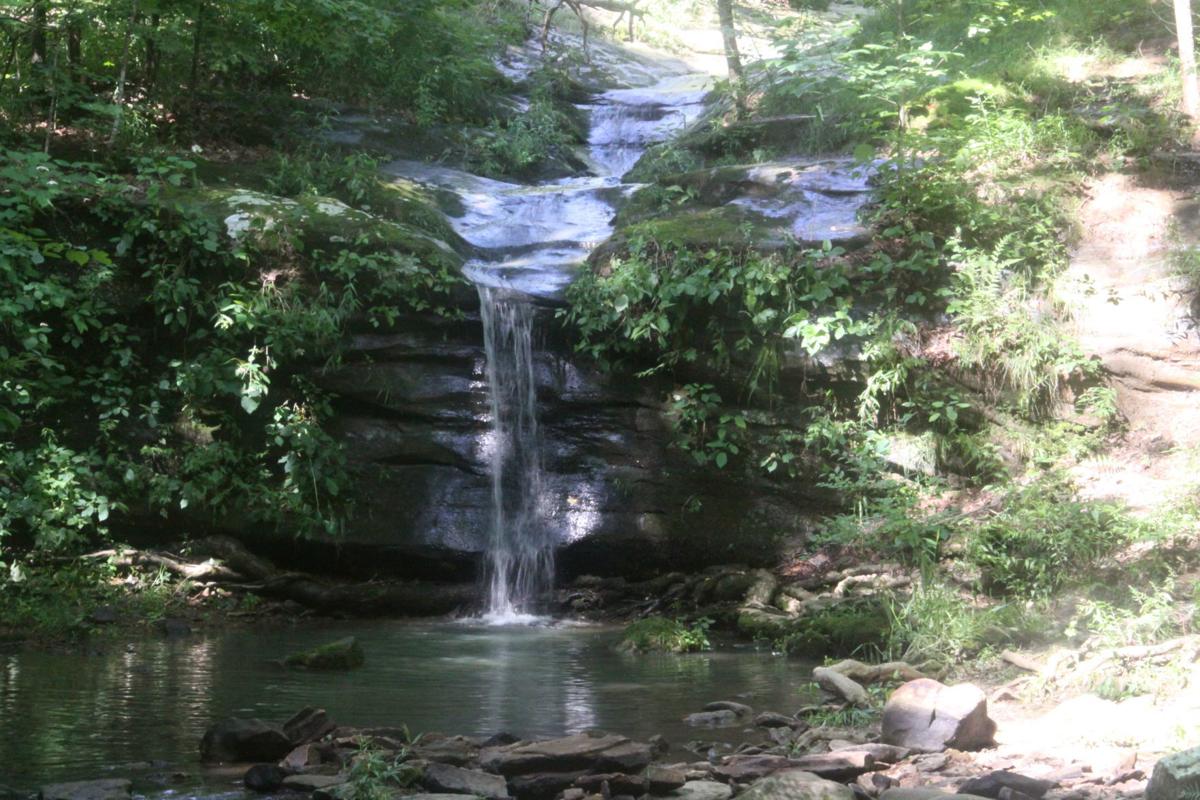 With COVID-19 still complicating travel plans for many Southern Illinoisans, residents of the area are turning to their backyard for stay-at-home adventures.

Mother Nature did her part to help last week, dumping several inches of rainfall on the region – somewhat unusual for the first week of July. The infusion of unseasonable moisture recharged many of the area’s “seasonal” waterfalls.

At 3 p.m. on a sticky July 2, the parking lot at Ferne Clyffe’s Big Rocky Hollow Trail was jammed. Some park visitors were playing in the stream that skirts the parking lot, but most were walking to wide, shaded trail through the bluffs that leads to a 100-foot waterfall.

The traffic to and from the waterfall was constant, but the wide, well-maintained trail kept social distancing from being an issue. Several people had gathered near the end of the trail, but again, there were enough wide-open area to allow separate groups to distance.

The waterfall wasn’t gushing as it does following a heavy spring rain, but water was pouring over the top of the bluff. Several individuals waded in the shallow pool below while a few others climbed a few feet up the rocks to allow the cascade to drench them and take and bite out of a hot, sticky summer afternoon.

Although not as spectacular, there were a few smaller waterfalls along Ferne Clyffe’s Rebman Trail. What the Rebman Trail waterfalls lacked in height, they made for in solitude. Our adventure along the short, marvelously shaded trail resulted in just one encounter with another small party.

In the meantime, 25 miles to the east, Burden Falls, located near Ozark in the Shawnee National Forest also attracted a number of visitors.

The small parking lot, large enough for 7-8 cars was crowded. However, people were spread out around the area.

Some were seated on rocks just off the upper falls, mesmerized by the many streams of water tumbling down the bluff. Others had walked down the slippery trail to catch a glimpse of the lower falls, which send water hurtling to a canyon about 80 feet below.

And, still others had hiked the trail to the bottom of the canyon.

Like the falls at Ferne Clyffe, Burden Falls was not running with the same energy and urgency it does in the spring, but for the first week in July it was both impressive and refreshing.

Again, there was plenty of room for everyone to enjoy nature, cool off on a hot summer day and still maintain appropriate distance.

Outdoors Column | Les Winkeler: Making the best of a pandemic

We are all dealing with the pandemic in different ways.

Jared Duquette is swimming upstream and he knows it.

Streams of unconsciousness from the world of the outdoors:

The most dog-friendly national parks in the U.S.

Waterfalls are shown at Burden Falls.