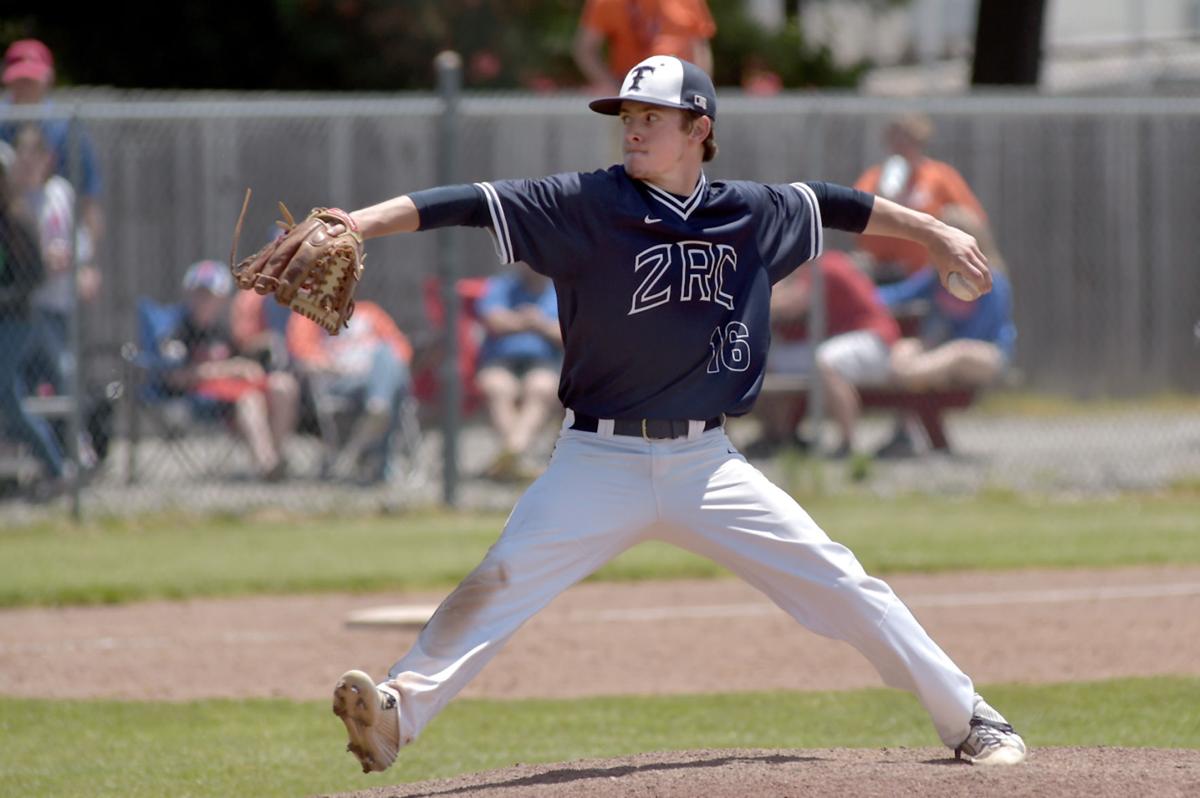 Gabe Schimpf pitches for the Tornadoes. The Christopher-Ziegler-Royalton-Tornadoes defeated Vienna to win the regional at Johnston City last season. 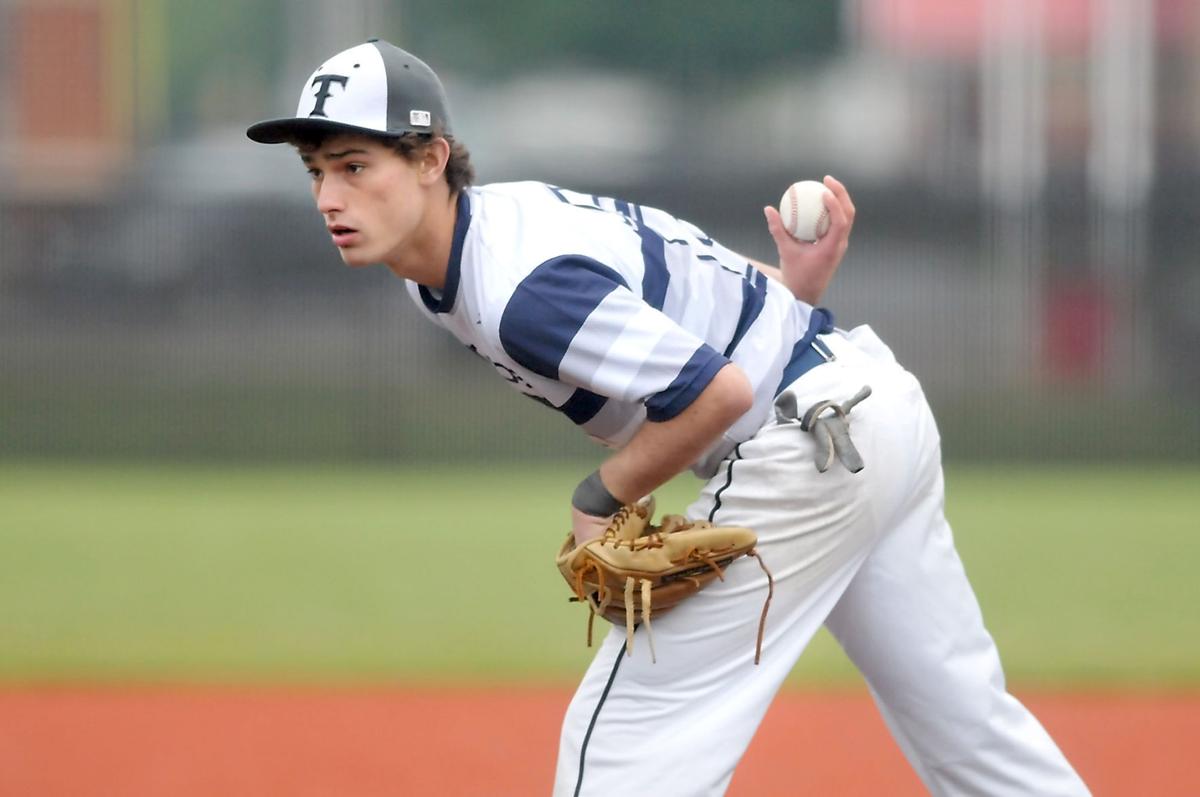 Steven Anderson pitchers for Z-R-C in a game against Benton last season.

Steven Anderson and Gabe Schimpf are both putting up big numbers on the baseball field for Zeigler-Royalton-Christopher this season.

Both players also signed to play baseball in college.

“I expected it because of how hard I work,” Anderson said. “It’s a blessing from God to have the stats that I have this year. Those were my expectations, but a lot of times you don’t really meet high expectations.”

Anderson really just started playing catcher full time this season. Being behind the plate when Schimpf is on the mound is something that should help Anderson at the position in college.

“It’s awesome just to see his pitches and see how confident he is,” Anderson said. “He has so many weapons and such command out there. He’ll hit you with a fastball, and he’s got an awesome slider. He’s got a good curve, a cutter and a changeup. To see his success is really awesome.”

This spring, Anderson signed to play baseball at MacMurray College.

“It is a dream come true,” Anderson said. “I worked really hard for it. I can’t even tell you how many times I’ve had midnight workouts lifting at the gym. Our assistant coach has let me come in at five in the morning and do drills and hit on the machine. Ever since I was little this has been a dream of mine, and it’s unbelievable that it’s coming true.”

In 2016, Anderson was 3-2 with 2.77 ERA for the Tornadoes. He’s shown significant improvement this season.

“He’s had a very nice year pitching, and we’ve probably cost him a few wins because we weren’t able to score any runs,” said ZRC coach Page Kirkpatrick. “He just pounds the strike zone and throws two pitches pretty well. He pitches to contact, and if we play defense behind him, we’re really good.”

Earlier this season, Schimpf suffered an arm injury and didn’t pitch for several weeks. But he’s returning to form. Schimpf fired a one-hitter with 15 strikeouts during ZRC’s 3-0 win over Vienna Tuesday.

“I feel like I’m making really good strides back to where I was,” Schimpf said. “I’m feeling a lot more comfortable on the mound now. I’m starting to feel confident. I was worried a little bit at first, but I’m feeling better now.”

Schimpf has fanned 65 batters in 35 innings this season. He also signed to play collegiately at Southeast Missouri State University.

“I can’t even explain how much that means to me,” Schimpf said. “Just going on to play in college no matter what level it’s at is a blessing. It is an amazing opportunity, especially to be able to go compete in Division I with some of the best kids in the nation.”

The opportunity to pitch and hit at SEMO is something Schimpf is greatly looking forward to.

“Right out of the gate they told me they wanted me to play both ways,” Schimpf said. “They liked how I was on the mound and my arm. They also really liked my speed and my bat. They felt like I was a complete player. Nowadays, you don’t really hear about two-way players in college very much.”

Both Schimpf and Anderson are hoping to help ZRC win its second straight regional title this season.

“Having Steven behind the plate is so great,” Schimpf said. “Kids who have the drive to go and play at the next level, there is a click there. We really are in tune with each other when it comes to the game. Steven is always focused and in the zone. He has so much potential and works so hard. I’m so glad he’ll get to play in college because he truly does deserve it.”

Schimpf has been one the very best players in Southern Illinois for a few years now.

“Sometimes you can’t explain what a kid means to a program,” Kirkpatrick said. “Gabe pitches and hits, and you’re going to get something out of him every day that you’re just not going to get out of other kids. You can tell when he’s on the mound that there’s just a different tone to the team. There is just a different confidence with our team when he’s on the mound.”

ZRC is 17-7 this season and hosts Chester today.

Gabe Schimpf pitches for the Tornadoes. The Christopher-Ziegler-Royalton-Tornadoes defeated Vienna to win the regional at Johnston City last season.

Steven Anderson pitchers for Z-R-C in a game against Benton last season.