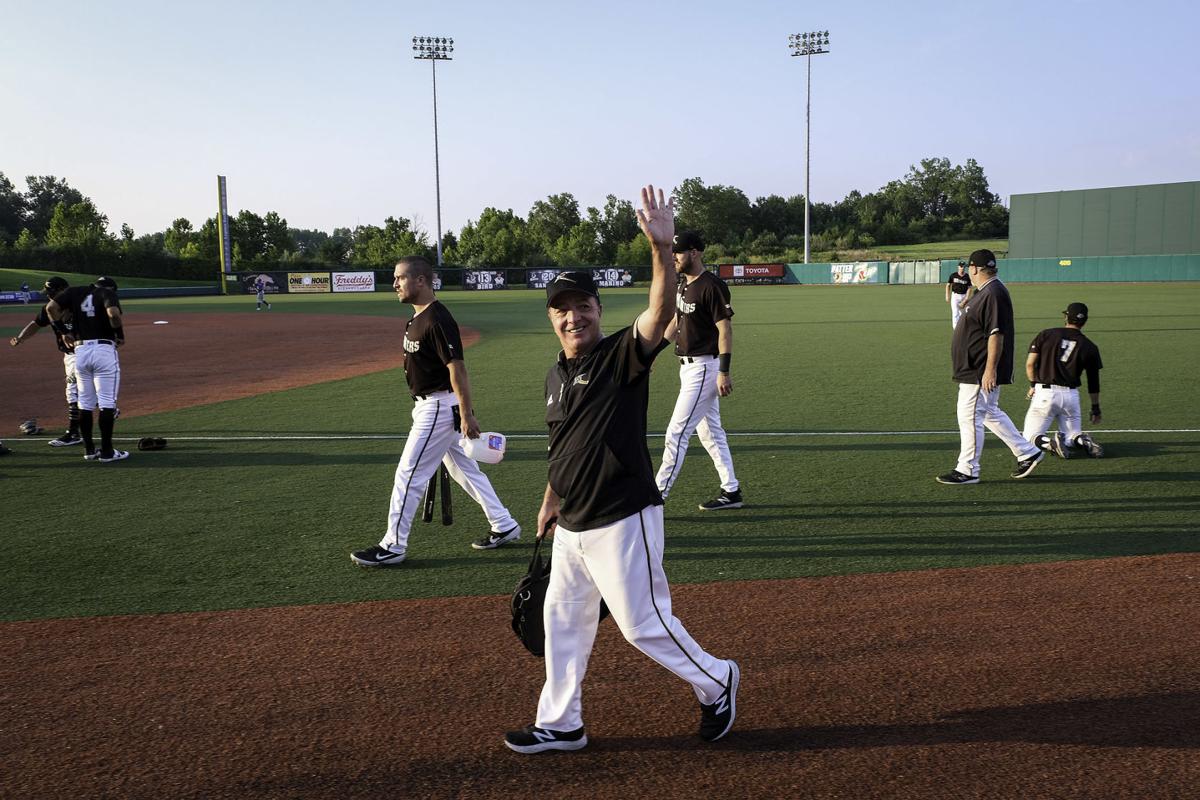 In this Aug. 21 file photo, Southern Illinois Miners manager Mike Pinto waves to fans as the team finishes warming up and heads to the dugout prior to their game against Evansville. 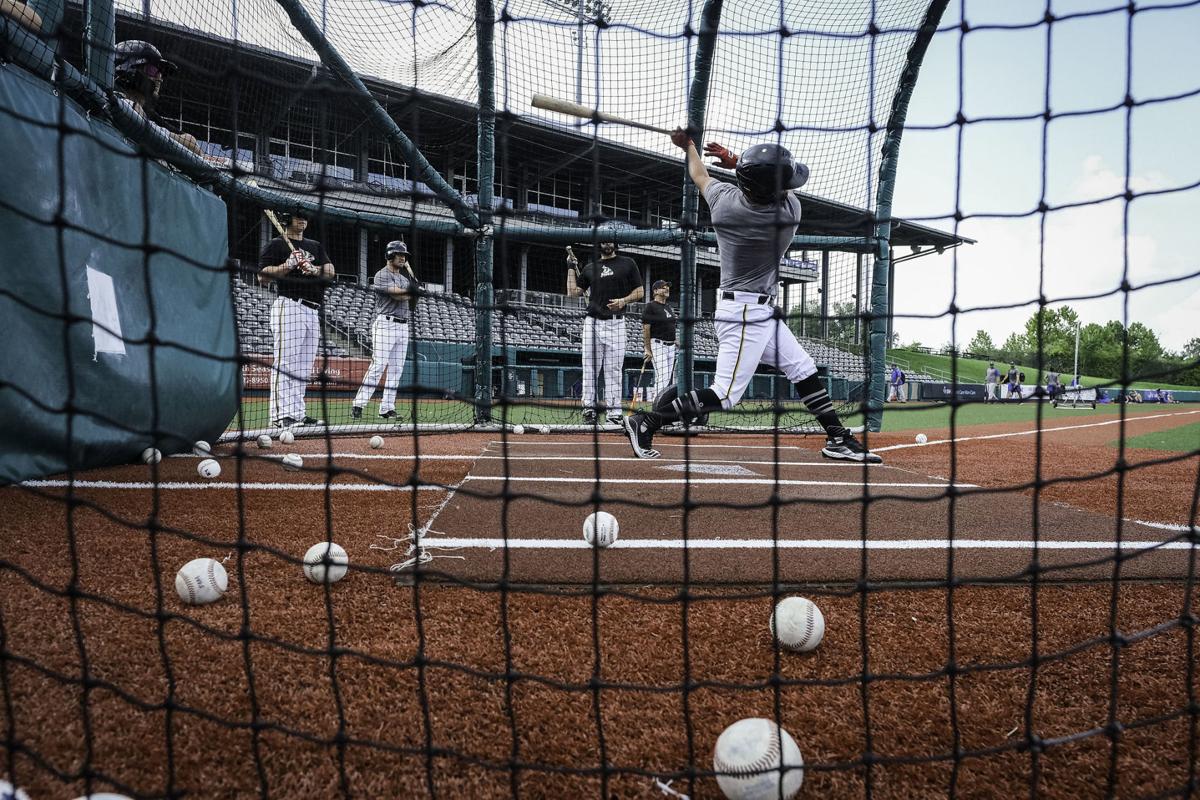 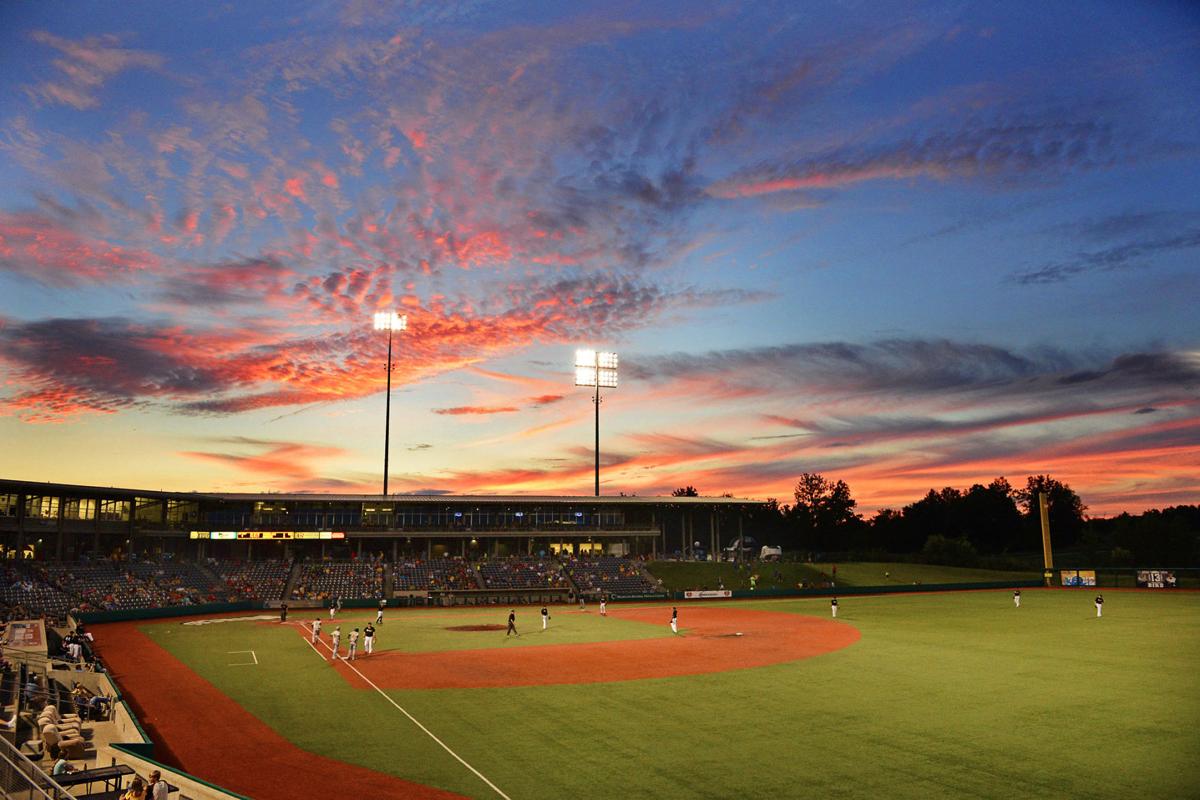 Mitchell Walters threw the last pitch of the Miners’ 2021 season.

It was also the last pitch in franchise history.

Owners Jayne and John Simmons announced Wednesday that they were folding the team after 14 seasons and retiring, citing the desire to spend more time with their children and grandchildren.

“This is a bittersweet decision for us,” the Simmons said in a press release. “Our family roots run deep here. We appreciate the years of support we have enjoyed from baseball fans, civic leaders, business owners, vendors and the city of Marion.”

That support was the talk of the Frontier League for more than a decade. Southern Illinois set a league record in its first season, 2007, in drawing 259,392 fans — an average of about 5,400 per game at 5,000-seat Rent One Park.

The franchise was voted the league’s Organization of the Year in 2007, 2009 and 2010. The Miners won their only league title in 2012, but were in contention for a playoff berth nearly every year.

“To have built a standard where we had 13 winning seasons in 14, no one does that,” he said Wednesday from his San Antonio home. “We were the Yankees of independent ball.”

Southern Illinois set a league record in 2010 with 20 consecutive wins and went 39-9 in the first half of the season. That started a stretch in which it qualified for the playoffs six times in seven years, winning a division title three consecutive seasons.

Off the field, the franchise’s success contributed to the building of no less than four hotels in the Hill district where Rent One Park was built. Several restaurants were also constructed as well within a mile of the ballpark.

The Miners’ only losing season occurred in 2017, starting a steady downward trend in attendance. It bottomed out this year as the team finished 11th out of 14 franchises in average crowd per game at 1,502.

Some home games in early September featured official attendance numbers in three figures, although actual crowds were in the neighborhood of 300. But Pinto said that low crowds had nothing to do with the Simmons’ decision to retire.

“I think it’s just as simple as the Simmons family wanted to retire,” Pinto said. “It had nothing to do with finances. They’d poured a lot money into this team the last 14 or 15 years. They’ve earned the right to retire.”

Marion city officials said in a press release Wednesday that they were saddened by the decision but understand it was a business decision.

“We will continue to ensure that the stadium remains a dynamic asset for our region,” the release said. “We are excited to work with the Simmons’ and any future stakeholders on the future vitality of Rent One Park.”

What happens with the ballpark is anyone’s guess. The possibilities include anything from a new tenant to the facility becoming more of a multi-use venue where baseball would be more of a secondary activity.

Regardless, the news resonated not just locally, but on a national level. For instance, pitching coach Eric Minshall had no idea the franchise was about to fold until Pinto broke the news to him.

“First and foremost, I’m thinking about the players and making sure they have a chance to play somewhere else,” he said. “I’ll be fine, but I’m more worried about guys getting jobs and a chance to further pursue their dreams.

“Being a Miner is special and there’s a lot to live up to. I was honored to be part of the legacy and it’s something I’ll never forget. There are long-lasting memories because it was a wonderful summer.”

As of Wednesday, there are no more Miners memories to be made at 1000 Miners Drive.

Walters’ strikeout of Abdiel Diaz that sealed a 7-3 victory on Sept. 12 marked not just the end of a season, but a franchise.

“I feel a combination of sadness at something so special that we built in Southern Illinois,” Pinto said, “and yet I was so grateful that it happened.”

Photos: Behind the scenes with the Southern Illinois Miners

'Everything matters': A day in the life of the Miners

“Some people think we show up right at 7 o’clock and play the game. But there’s a lot of work that goes into trying to win a game," Miners manager Mike Pinto said.

In this Aug. 21 file photo, Southern Illinois Miners manager Mike Pinto waves to fans as the team finishes warming up and heads to the dugout prior to their game against Evansville.