CHICAGO (AP) — Candace Parker returned home to bring Chicago a championship. She did just that leading the Sky to the franchise’s first title.

“We were down nine, down 11 and we stayed with it,” Parker said. “So proud of this group. Sloot doing what she does all year. Allie its amazing.”

Courtney Vandersloot added 10 points and 15 assists for the Sky, who won the series 3-1, rallying from a 72-65 deficit with 4:42 left. Chicago scored the next nine points to take a two-point lead on Stefanie Dolson's layup. She then added another basket to make it 76-72 with 45.8 seconds left.

Diana Taurasi was fouled on the next possession shooting a 3-pointer and made the first two free throws, but missed the third.

Vandersloot then scored in the lane to seal the victory setting off the celebration. As the final buzzer sounded, Parker sprinted to the corner of the court and hugged her family with tears in her eyes.

It was a full-circle moment for Parker, who triumphantly returned home to Chicago this season after spending 13 years with Los Angeles. She has been continually called the Sky’s missing piece throughout the playoffs, a label she proved accurate many times during Chicago’s stunning run, winning the title as a six-seed.

Brittney Griner was a focal point of Phoenix’s offense early on. The seven-time All-Star finished the game with 28 points, 18 of which came in the first half. Griner and guard Skylar Diggins-Smith helped lead a 9-0 run to finish the second quarter and give Phoenix a 44-37 edge at halftime.

Parker initially had trouble getting into a rhythm offensively, going one for six from the floor with just four points by the end of the first half.

Kahleah Copper, who had been a force in the first four games of the finals, earned MVP honors of the championship.

The U.S. Olympic women’s basketball team is one of the most dominant dynasties in all of sports. Here are the numbers to prove it.

11 have won all four major championships

The Chicago Bulls must forfeit their next second-round draft pick after an NBA investigation found the organization violated rules in the process of solidifying a sign-and-trade deal for guard Lonzo Ball.

Memories of playing with and against one another shaped Lonzo and LaMelo Ball as players long before they landed on NBA rosters.

With a quarter of the season having already flown by, the Chicago Bulls have played enough to fill out a clearer picture of their style and substance.

The loss of Nikola Vučević for the five-game West Coast trip after the Chicago Bulls center tested positive for COVID-19 is a tough blow to a team starting to find its rhythm in the early season.

Lakers forward LeBron James was suspended by the NBA on Monday for one game without pay.

The Sacramento Kings fired coach Luke Walton on Sunday after getting off to a disappointing start in his third season in charge. 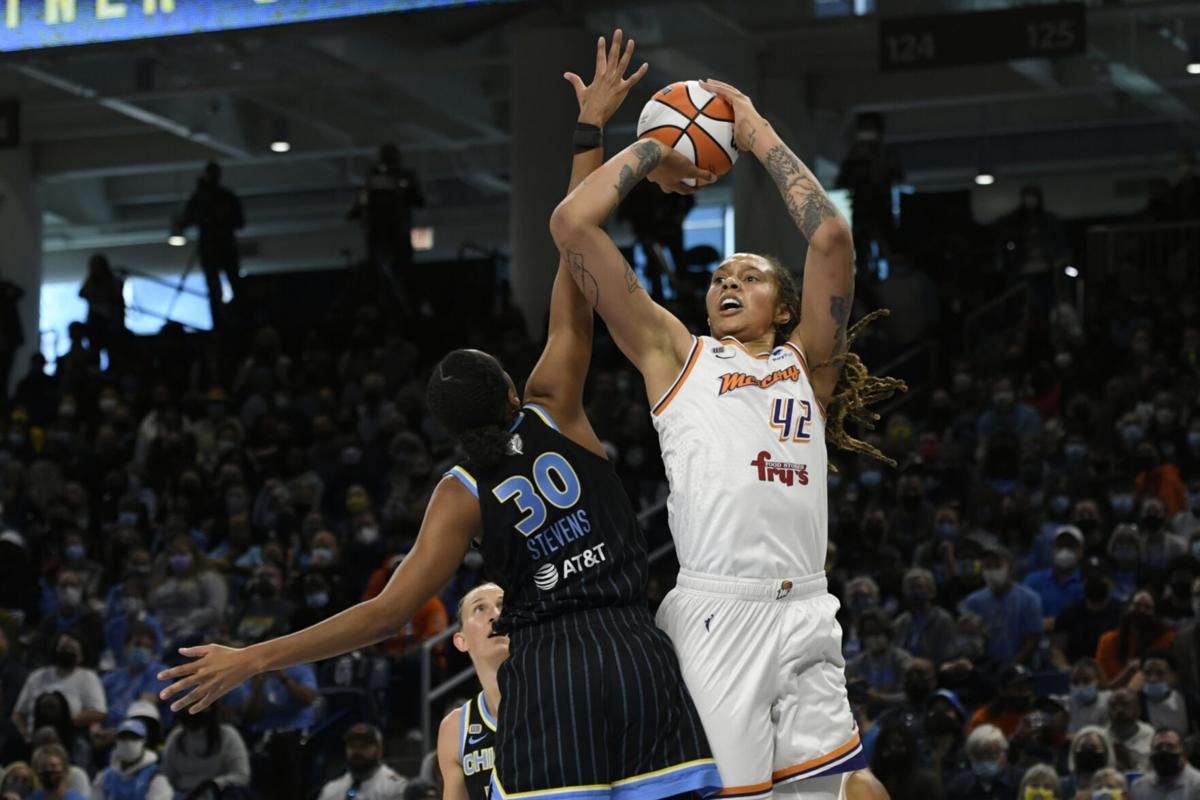 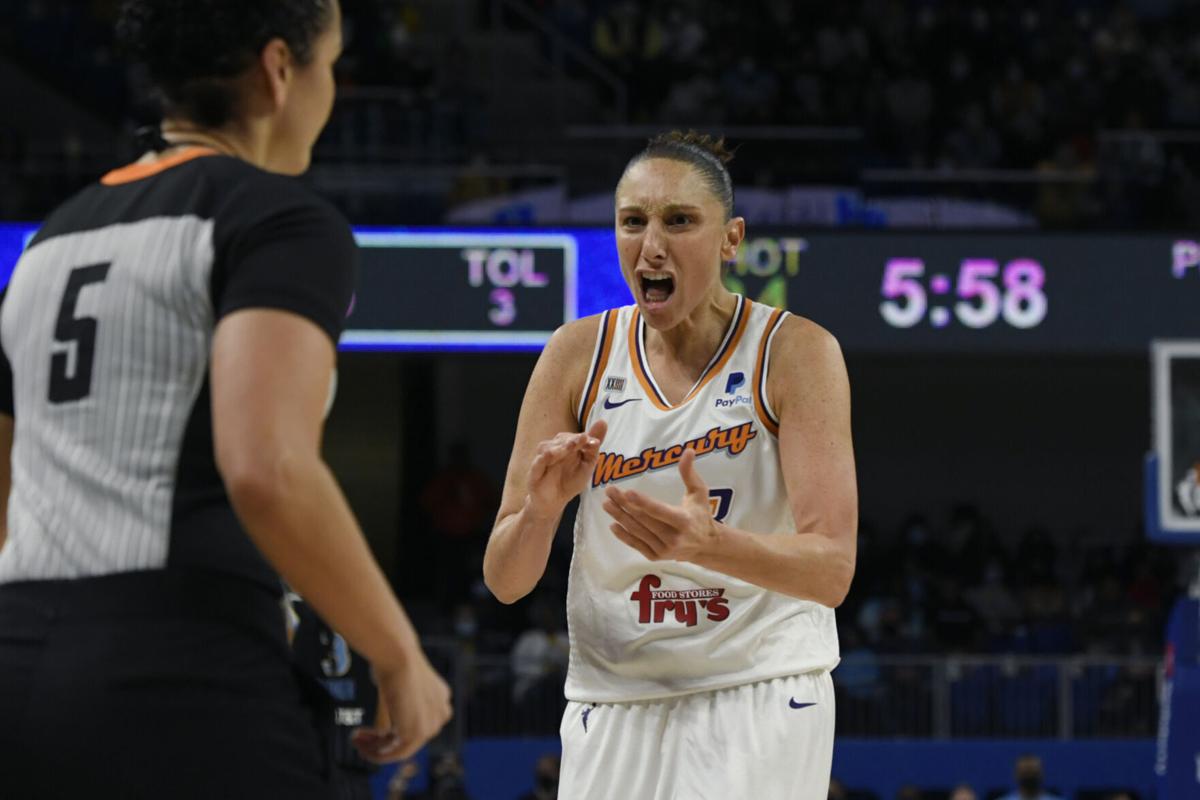 Phoenix Mercury's Diana Taurasi (3) argues with the referees that she was fouled by Chicago Sky's Kahleah Copper (2) during the first half of Game 4 of the WNBA Finals, Sunday, Oct. 17, 2021, in Chicago. (AP Photo/Paul Beaty) 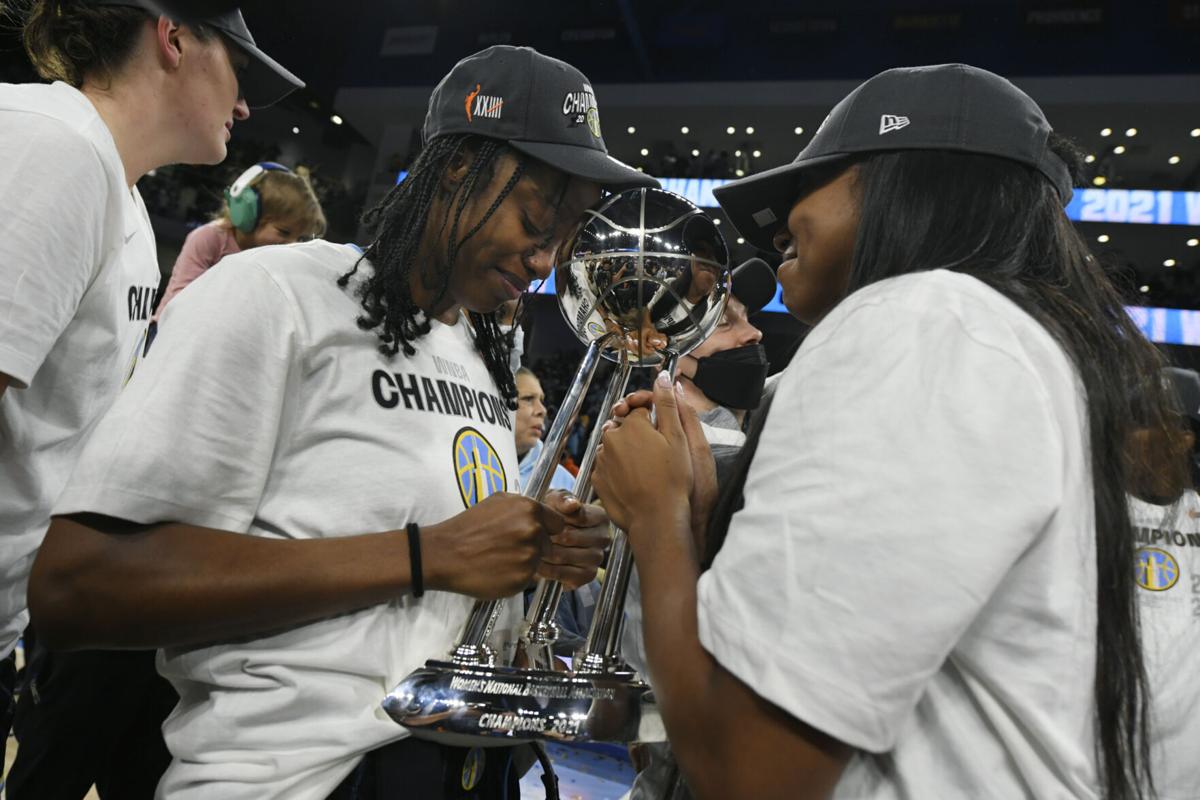 Chicago Sky's Diamond DeShields, left, and Lexie Brown, right, celebrate with the trophy after defeating the Phoenix Mercury 80-74 in Game 4 of the WNBA Finals to become the 2021 WNBA champions, Sunday, Oct. 17, 2021, in Chicago. (AP Photo/Paul Beaty) 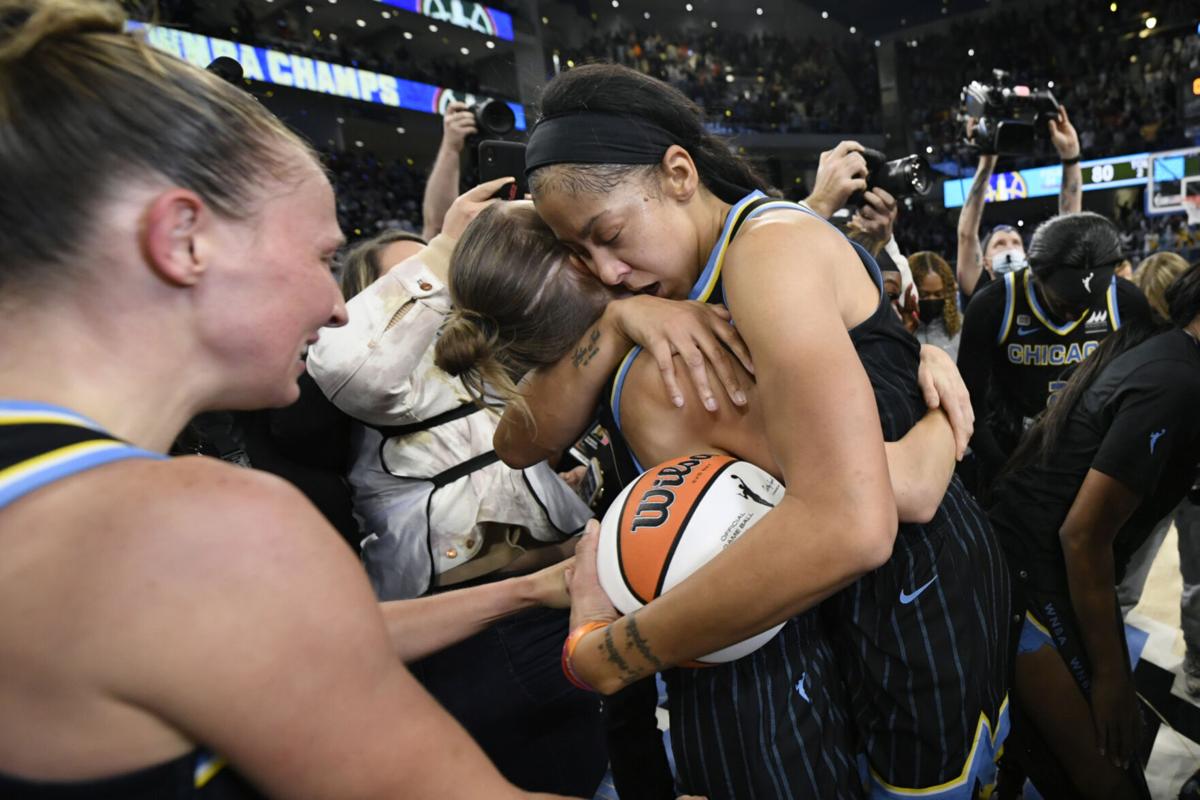