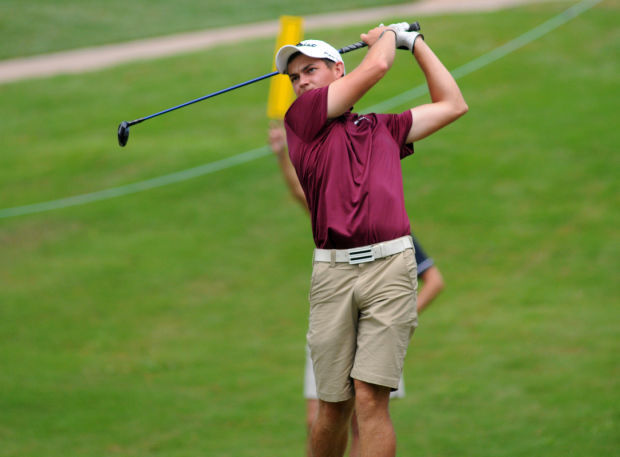 Drew Novara watches his tee shot Tuesday on the 15th hole during the second round of medal play of the 114th US Amateur Championship. 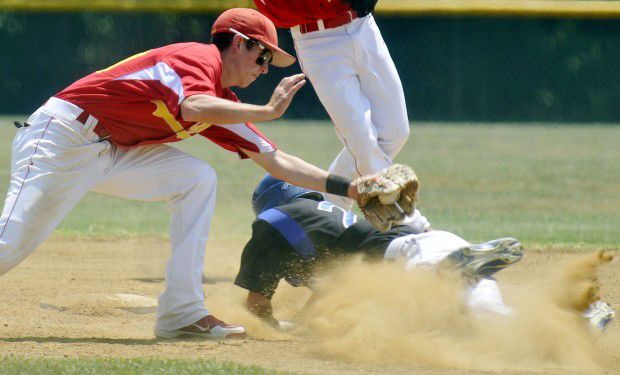 Murphysboro's Drew Novara tags out Anna-Jonesboro's Colton James on a steal attempt May 19, 2012 at the Murphysboro Class 2A regional championship. 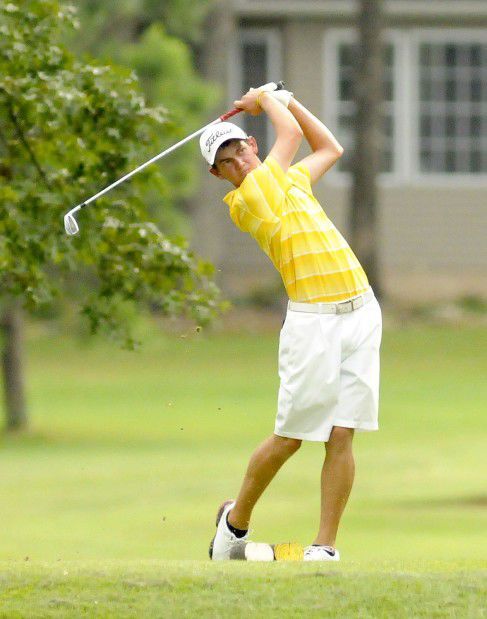 Murphysboro's Drew Novara hits his tee shot on No. 3 during the team's meet on Aug. 22, 2011 at Jackson County Country Club. 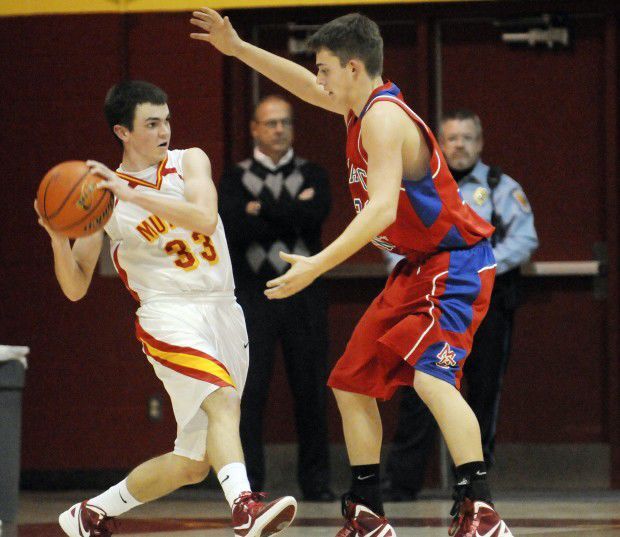 Finding out what the next step in life is has always been a skill for Drew Novara — if it comes by chance and hard work.

Entering his freshman year at Murphysboro in 2009, Novara’s first step was to find a fall sport that he could play alongside basketball and baseball. After suffering two broken ankles in junior high, he decided to scratch off football and cross-country to try out for the golf team.

“Basketball and baseball were always my first passion because my father coached both while I was growing up,” said Novara. “I really had to grow into golf during the summer of my freshman year. I ended up falling in love with getting out to the course and competing against myself.”

Novara was a member of the 2010-11 Red Devils basketball team that set a school record in wins with a 35-1 record. His team took second place in the Class 2A State Championship that year, which was an experience Novara labeled as once in a lifetime.

“Although I didn’t have much of an impact on that 2010-11 team, it was still a lot of fun living in Murphysboro those days,” said Novara. “Going to practice every day was a blast and it’s tough finding a better moment than making that trip up to Peoria.”

During his senior season, Novara led the Red Devils in free throw percentage, fewest turnovers and had the best assist-to-turnover ratio. His play on the court was good enough to earn a leadership award from his teammates and coaches in 2011-12.

Novara had his college choices narrowed down to SIU, John A. Logan and Cincinnati when he was a senior. He later decided to stay local and accept an athletic scholarship with the Salukis following his college visit at Cincinnati.

“The Cincinnati coach gave us great advice to keep it simple and make a T-Chart listing the pros and cons of each school,” said Novara. “After that, it became clear where my heart was and I found that SIU was the right choice.”

Novara was a four-letter winner on the Saluki golf team and holds the SIU record for lowest 18-hole score. Leading the Salukis to the program’s first-ever Missouri Valley Conference championship and NCAA Tournament appearance still remains his fondest college memory.

“SIU has had a lot of great golfers come through its program and I’m just proud to be a part of the school’s history,” said Novara. “Being the first team to accomplish anything will always be an achievement nobody can take away from you.”

Novara was working at Kokopelli Golf Course in 2016 when his college roommate brought up the topic of SIU Graduate School. It was an idea that interested Novara based on his father Len’s career as an athletic director, so he decided to sit down and map out a plan.

“I went on to explore the idea with my father and he also thought it was a good path for my career,” said Novara. “I admitted into SIU’s graduate program pretty quickly and found out they wanted me to become really good at graphic design, so I figured it out by watching a lot of YouTube videos.”

Novara was promised a job at the completion of the Graduate School, but had no expectations of staying on to work at SIU.

Since graduating from Southern Illinois in 2016 with a bachelor’s degree in exercise science and a master’s degree in kinesiology in 2018, Novara now finds himself as the S Club Coordinator at the University working all sorts of jobs, including graphics.

“The Graduate Assistant position opened up so many doors for me and here I still am at SIU,” said Novara. “I was told that if I worked hard and did what I was told I would get a job.

“The IT guys in athletics here have been such a great help, and being able to collaborate with our coordinator of social media Michael Black has been incredible because he’s a phenom.”

Novara now resides in Carbondale with his fiancé Katie, whom he met in high school.

Drew Novara watches his tee shot Tuesday on the 15th hole during the second round of medal play of the 114th US Amateur Championship.

Murphysboro's Drew Novara tags out Anna-Jonesboro's Colton James on a steal attempt May 19, 2012 at the Murphysboro Class 2A regional championship.

Murphysboro's Drew Novara hits his tee shot on No. 3 during the team's meet on Aug. 22, 2011 at Jackson County Country Club.