Illinois has proven it can go on the road in the Big Ten and win against ranked football teams.

Senior offensive tackle Vederian Lowe is confident the Illini can do it again — even without their head coach.

Bret Bielema said he'll be sitting at an undisclosed location in the Champaign-Urbana area — after testing positive for COVID-19 earlier this week — when Illinois travels to face No. 18 Iowa at 1 p.m. Saturday at Kinnick Stadium in Iowa City.

"It's definitely a different feel with Coach B not being around and hearing him at practice, but they said it's a next-man-up mentality," said Lowe, who is making his 45th straight start. "People go down and the next man is supposed to come up and produce the exact same way we would expect the first guy to produce."

That means Illinois assistant head coach George McDonald, who also is in charge of the receivers. Bielema said he's had a plan in place since the spring that if something would happen where he couldn't be at a game, McDonald would step into his duties.

Bielema didn't want one of his coordinators — Tony Petersen (offense), Ryan Walters (defense) or Ben Miller (special teams) — to be distracted from their usual practice and game-time responsibilities.

Bielema said he learned from his time on the New York Giants' coaching staff last season to be ready for any COVID-19 emergency.

"It's been a whirlwind, but it's a tribute to our staff and Coach B," said McDonald on Bielema's radio show Wednesday. "He's always prepared and had a plan in place. We took his direction and lead and kept going on this week and preparing the guys just like he was here."

Lowe said it's been business as usual all week. The only difference is Bielema has been watching practices and communicating with the team via Zoom.

"I love Coach McDonald and he's prepared in every way," said Lowe. "He has the full support of everyone in the building. Our faith hasn't changed at all with Coach McDonald stepping up in that role."

It may seem Iowa (8-2, 5-2 Big Ten) has more to play for than the Illini. The Hawkeyes are tied for the Big Ten West Division lead with Wisconsin and could still play in the Big Ten championship game in Indianapolis on Dec. 4.

But Illinois (4-6, 3-5 Big Ten), which is coming off a bye week, still harbors hopes of getting to a bowl game by beating the Hawkeyes and Northwestern at home in next Saturday's regular-season finale.

"This is a huge game for us. We've been preparing for this game all season, back in summer and spring," said Lowe. "This is a very big game for everyone."

Illinois has lost the last seven games against the Hawkeyes. But road victories at then No. 7 Penn State and No. 20 Minnesota have the Illini eager to come into Kinnick Stadium and ruin the Hawkeyes' Senior Day.

Illinois might have the formula to end its misery against the Hawkeyes, too.

Minnesota ran for 189 yards and controlled the clock for 40-plus minutes last week before Iowa was able to pull out a 27-22 victory.

Illinois' late resurgence has been led by its rushing attack and stingy defense.

Chase Brown ranks 13th nationally with 106.4 yards per game and is among five BCS players with two games of 200-plus yards this season. Defensively, Illinois allows 17.6 points in Big Ten games, third best in the conference.

Iowa head coach Kirk Ferentz wouldn't tip his hand on whether Spencer Petras returns at quarterback after battling a shoulder injury. Alex Padilla played against Minnesota and completed 11 of 24 attempts for 204 yards and two touchdowns.

"We'll see where we go," said Ferentz. "We're comfortable with both guys."

Watch now: Four takeaways from No. 25 Illinois' win against Michigan

Trent Frazier took the game over once again and Illinois ran away late to start 6-0 in Big Ten play.

Illinois gets a home matchup with No. 7 Purdue and an opportunity to extend its lead at the top of the Big Ten.

Andre Curbelo's return wasn't enough as No. 17 Illinois dropped its first Big Ten game of the season to No. 4 Purdue.

Jamal Woods and Luke Ford are coming back to the Illini for the 2022 season.

Meyers Leonard 'taking steps to educate myself' after anti-Semitic slur

Meyers Leonard was suspended from the NBA 10 months ago after uttering an anti-Semitic slur on a twitch stream. Since then he's focused on learning and correcting his mistake.

Watch now: Andre Curbelo is back. Here's what he adds to Illinois basketball

Illinois has its dynamic point guard back and that bodes well for the team in the second half of the season.

Barry Lunney Jr. was hired as the Illini's new OC after being the OC at UTSA for the past two seasons.

Brawl breaks out between Cowboys, 49ers fans outside AT&T Stadium

These rare photos show Tom Brady from his baseball days

These rare photos show Tom Brady from his baseball days 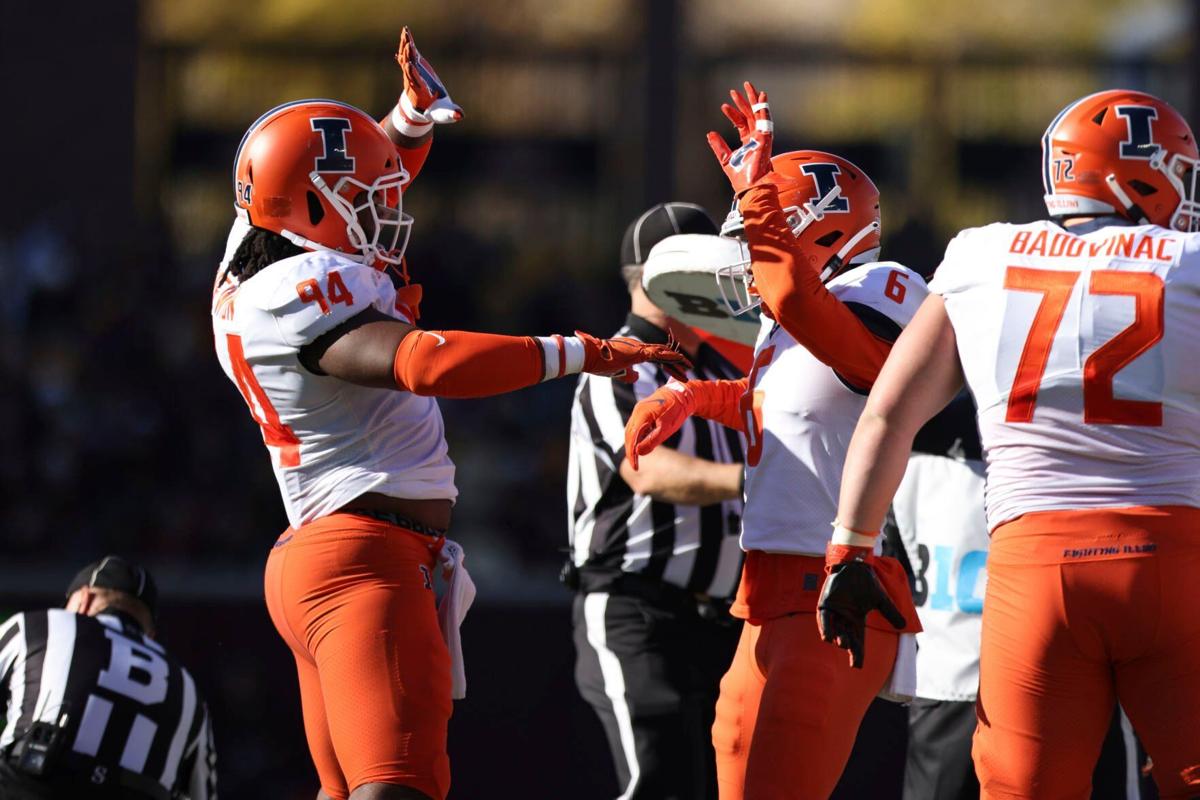 Illinois defensive lineman Jer'Zhan Newton (94) and teammate defensive back Tony Adams (6) celebrate during the Illini's 14-6 victory at Minnesota two weeks ago. Illinois travels to face No. 18 Iowa on Saturday. 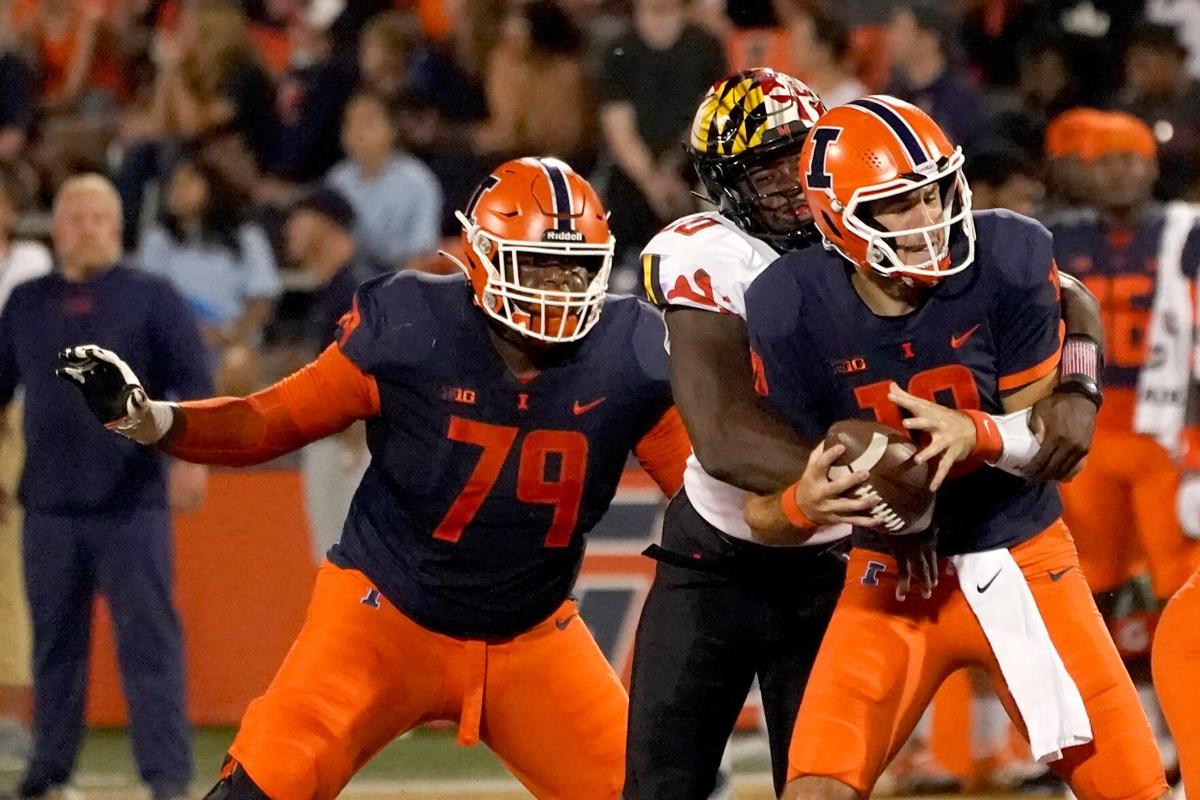 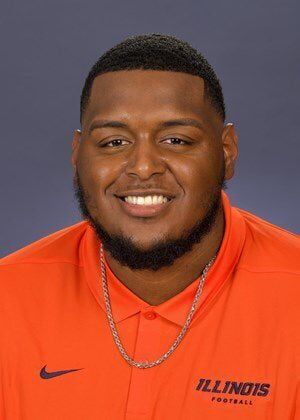 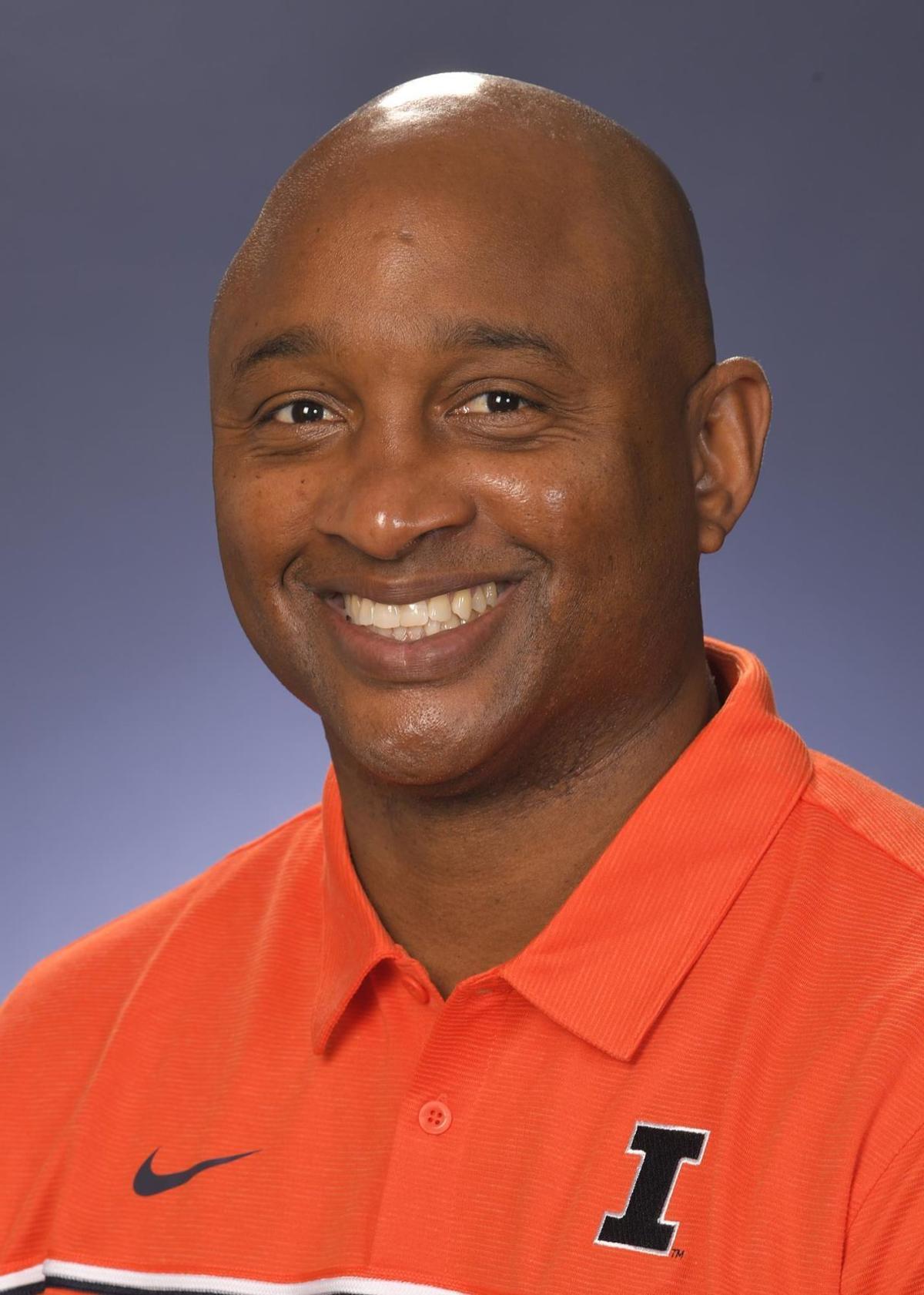