That meant he is full go for the rest of the offseason after rehabbing his knee from an ACL tear. He got clearance on his 19th birthday Friday and was fully involved for the final days of summer workouts after being a limited participant.

Those final days gave Brad Underwood and his staff a glimpse of the kind of player that was a headliner in the team’s top-10 incoming recruiting class.

"We saw him pop up yesterday, and shoot two and elevate and it was the Skyy I saw two years ago," Underwood said, "It's great to see that and I think he's through that mental piece and he feels great about it knowing he's 100%."

Clark will be at the top of the mix for the starting point guard spot now that he’s healthy. There are still a couple hurdles to him to clear now that he’s 100%.

The first one is the mental aspect. Clark spent a lot of time rehabbing with strength coach Adam Fletcher testing his leg and going through rehab.

Clark partially tore his ACL in July of 2021 and returned to play for Montverde Academy for a stint in January but sat out the rest of the season with complications from the injury.

"The biggest piece is knowing that he's healthy," Underwood said, "I think we've seen a freed up — and I say that from a mental side — we've seen Skyy freed up the last few days. Just knowing: OK, tested out his leg is actually stronger than the other one. The doctor said you're good. And there's a tremendous comfort in that. And until you hear that you're always a little bit cautious, and now it's just a matter of him playing."

There is also a conditioning aspect, which Clark has ample time to catch up on before the season starts Nov. 7.

"He's missed the conditioning piece of the continual running," Underwood said. "His conditioning, that'll be the one thing that he'll have to ... he's missed a year of playing. And just that feeling you get being fatigued and having to push through it. And he's always been stopped because he's never been able to get to that point.

"But the leg itself is 100%. We saw some of that bounce and quickness and explosion in these last two days and that's exciting to see."

Illinois still has one player still waiting to join, and that’s incoming French big Zacharie Perrin. Perrin is competing at the European U18 Championships in Izmir, Turkey, for a French team that won all three group games and its round of 16 contest.

Perrin has been one of the top performers at the tournament, averaging 14.5 points, nine rebounds and two assists in 20.6 minutes per game.

"It's pretty good to watch," Underwood said. "You see a guy that is doing it on the highest stage. That event is filled with pros and future NBA prospects and you're seeing him do it in an ultra competitive environment."

Perrin and France play Slovenia in the quarterfinals on Thursday. He’s flashed an all-around skill set with some passing that lends him to fit as a potential piece at center in Illinois’ new scheme of positionless offense.

He also might be asked to play some minutes sooner rather than later with Baylor transfer Dain Dainja and Coleman Hawkins, who played primarily on the wing for the Illini last season, as the two main options at center for next season.

"He's surrounded himself with very good players," Underwood said. "I love seeing that because when he gets to this level, he's going to be around other guys who are pros. I think he had a sequence two games ago where he had four straight assists. They ran offense through him in short roles. All those things translate."

Underwood said RJ Melendez has gotten up to 210 pounds after arriving as a 6-foot-7, 180-pound freshman. Adding strength has been a priority for him during an offseason after a breakout at the end of his freshman year.

Dainja is under 260 pounds and has had a “terrific” summer according to Underwood. That will be important in a system that will push the pace more without Kofi Cockburn inside.

"He's built his stamina; he's been running stadium steps every morning," Underwood said. "He's been putting himself in position to be in elite shape when the season starts and it's a lot of hard work to do that."

Watch now: Here is where Illinois football is at with its new offense

Watch now: Illinois linebacker Ezekiel Holmes gets his turn at outside linebacker

Ezekiel Holmes impressed on special teams last season and has waited his turn for a chance at a starting job. Now he's a favorite to start at outside linebacker.

Seth Coleman is front and center at outside linebacker now that Illinois is without its two starters from last season.

Watch now: Illinois' Tahveon Nicholson's scrappiness has earned him a place in secondary

Tahveon Nicholson got the nickname Taz as a scrappy youth football player. He's kept that quality as he's grown into an important piece of the Illini's secondary.

Illinois football kicks off its season in a little over a month. Here is how the transfer portal has affected the Illini's roster.

How a handwritten note helped Bret Bielema's career take off

Illinois head coach Bret Bielema was one of two coaches to be retained on Kirk Ferentz's staff in 1998. That decision stemmed partially from Ferentz's memory of Bielema writing him a note.

Bryce Barnes started as a walk-on tight end and is now as scholarship defensive lineman who is in the thick of the rotation.

Matthew Bailey had one last chance to impress the Illinois coaching staff in January. He took it and has been a pleasant surprise in fall camp.

Watch now: What other coaches said about Illinois and notes from media days

Illinois coach Ryan Walters got praise while the Illini added a transfer safety from Hawaii. 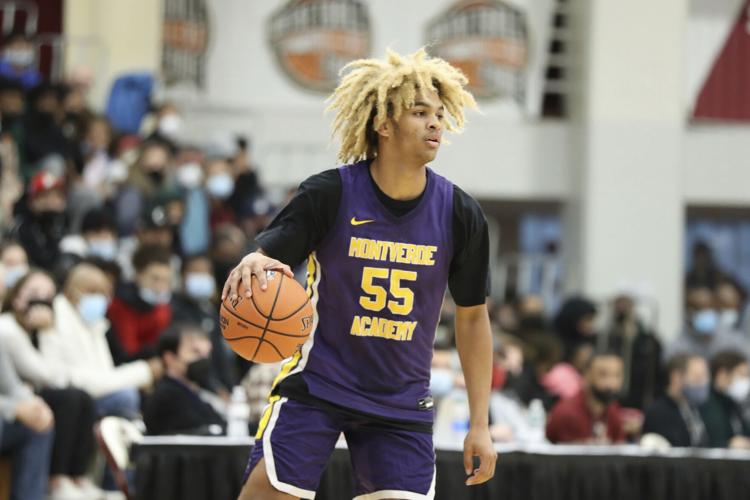